Manchester United have a new man in charge for the next season, but the Red Devils are way behind in the transfer window. Erik ten Hag wants to bring 2-3 players from his former club Ajax, but no agreement has been reached. Due to this, their star player, Cristiano Ronaldo, is unhappy and wants a transfer away from the club. Another reason he is opting for a move away is Manchester United’s failure to qualify for the UEFA Champions League. Now, the club will be looking for a replacement for their superstar in case he leaves the club. One of the players identified as Ronaldo’s replacement and a long-term target for Manchester United is former Juventus player, Paulo Dybala. The Argentine is a free agent and is being chased by a lot of European clubs. He has been a crucial part of the Italian side since signing for them in 2015. Now, the player is looking for a new challenge and could become a new Red Devil. 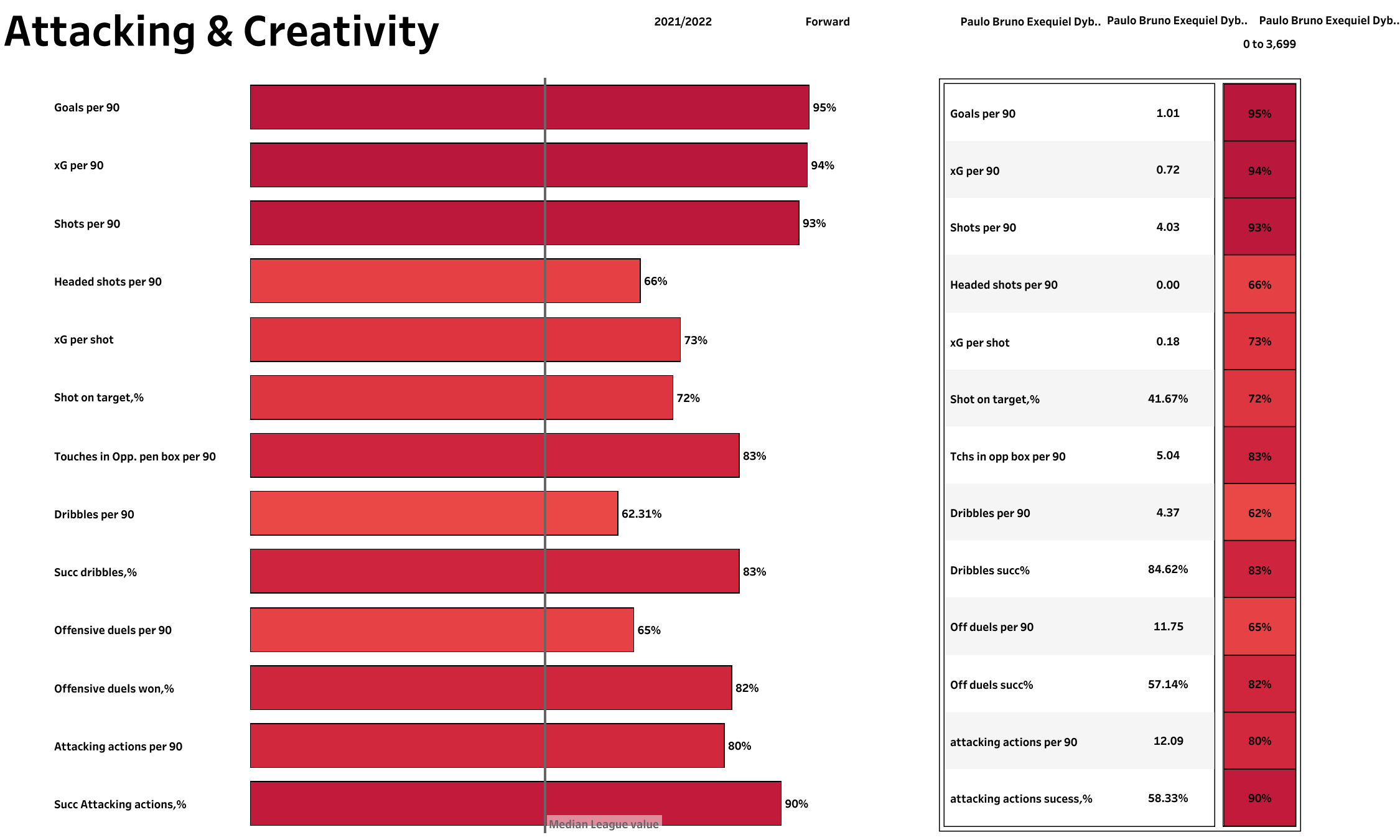 Dybala made 39 appearances in all competitions for Juventus last season. He scored 15 goals and provided six assists. The above viz shows his attacking stats in the UEFA Champions League. He made five appearances in the elite competition and scored three goals, along with an assist. When looking at the above chart, the general rule is that the longer the bar, the better the performance — you can see the league average in the middle, and the % is the percentile rank the player is in. The 28-year-old was involved in 12.09 attacking actions per 90 minutes and had a success rate of 58.33%. Other than this, he had a high percentile rank in other stats when compared to other forward players in the competition. 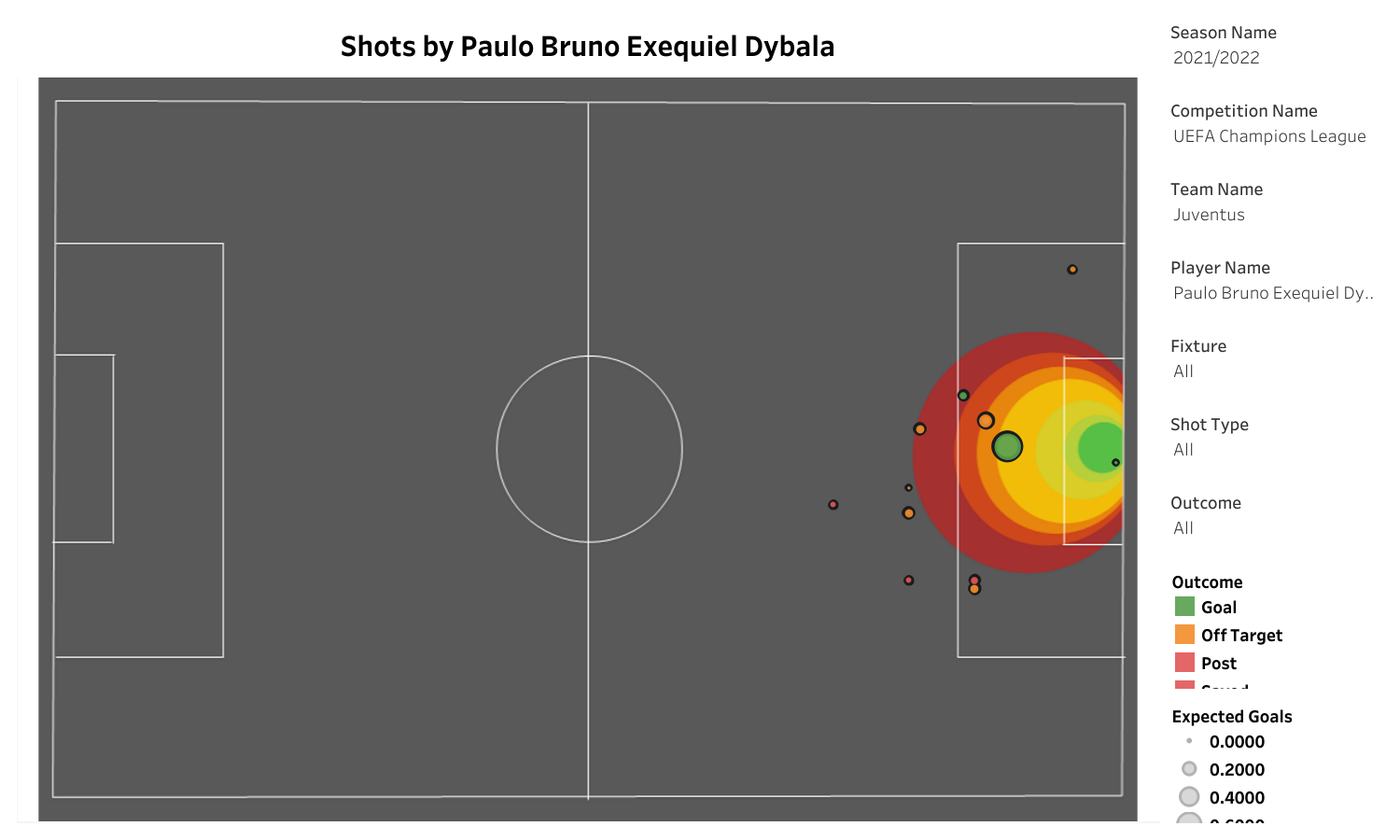 The Argentine attempted 12 shots with an accuracy rate of 41.67%. Of these 12 shots, seven were attempted from inside the opposition’s penalty box. The forward scored two goals from the penalty spot and one goal from the edge of the box. The shot map shows that Dybala also likes to attempt shots from outside the penalty box and can occasionally score goals from there. 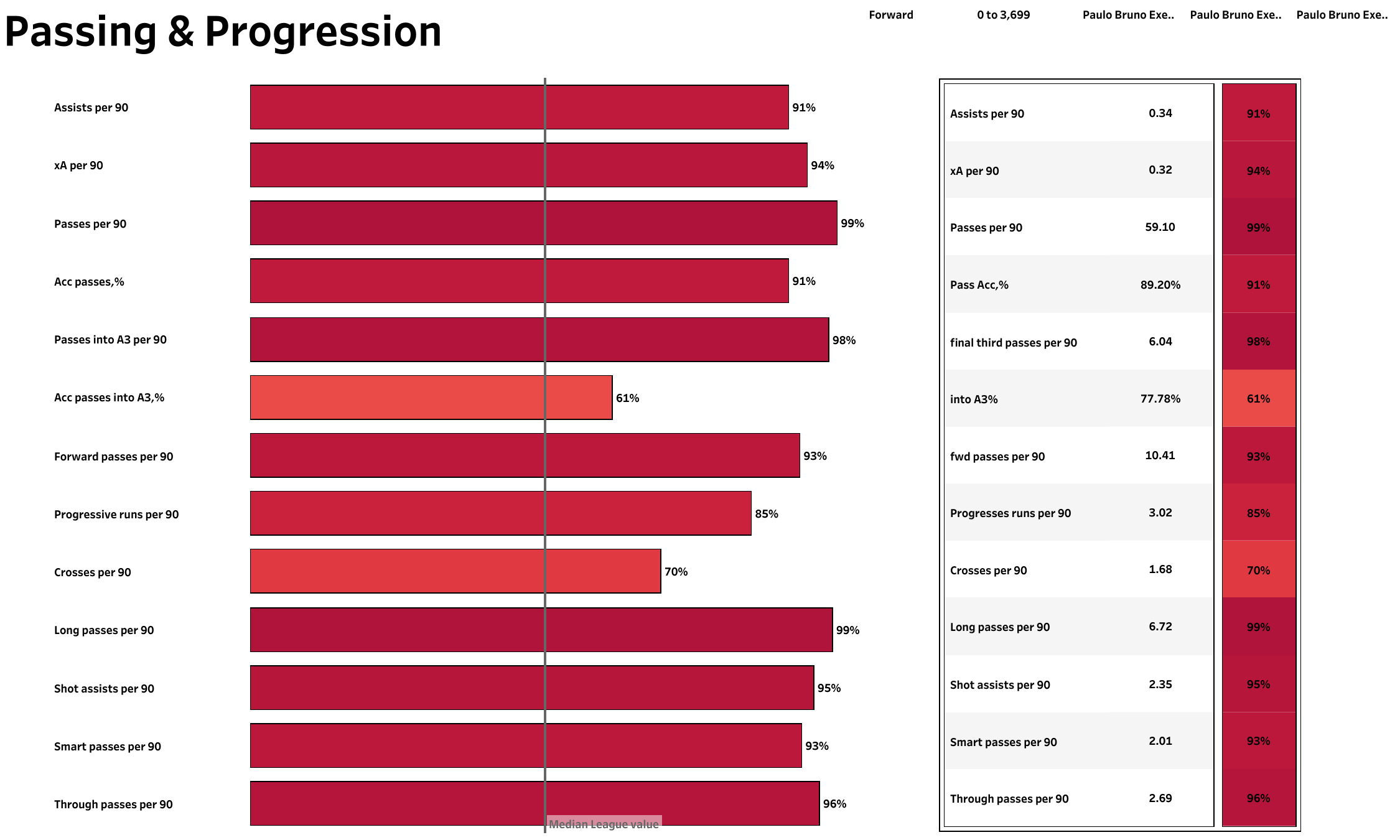 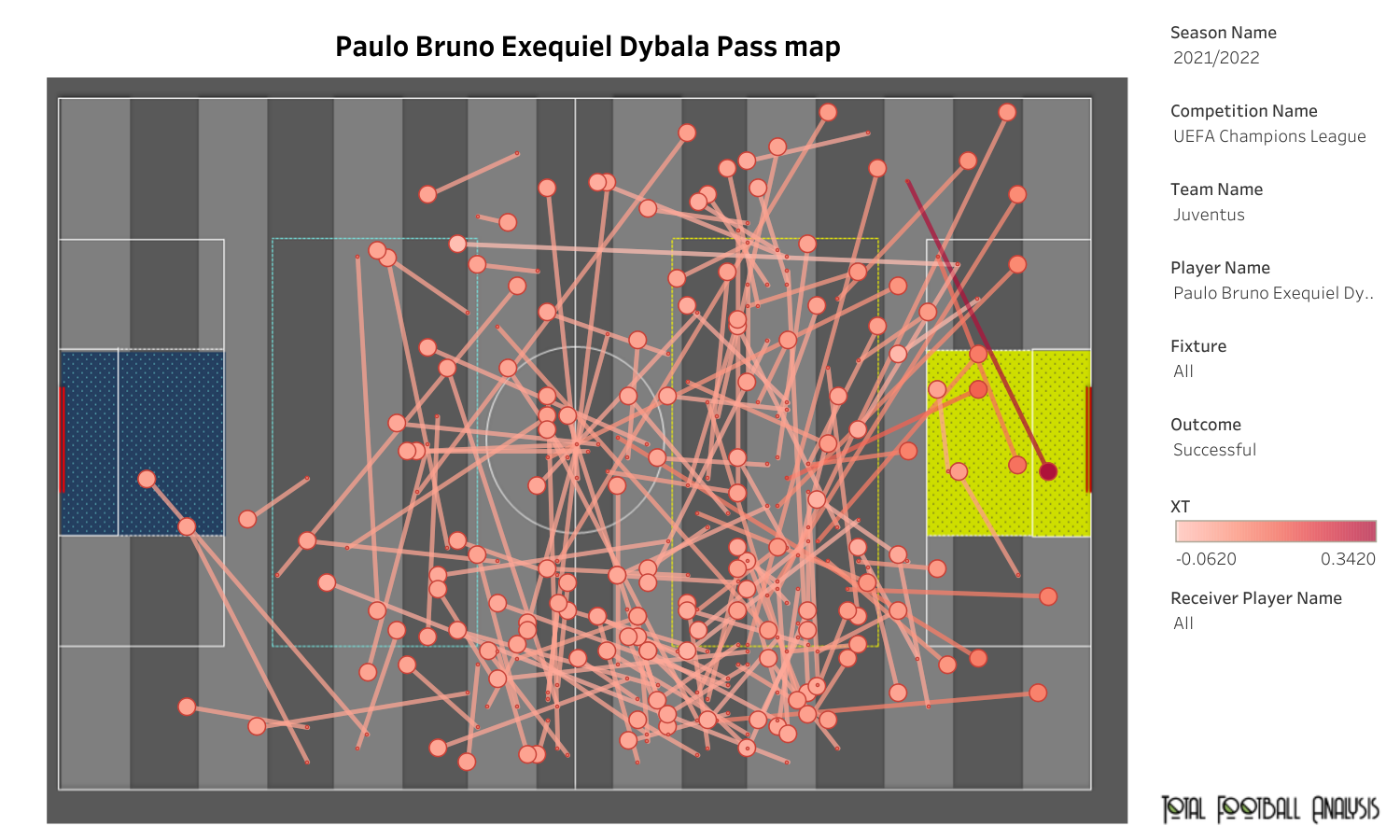 The above viz shows all the passes that were successfully delivered by the Argentine. We can observe that some of the passes were distributed towards the flanks, and that allowed the full-backs to join the attack. Other than this, Dybala often tried to find a teammate inside the opposition’s penalty box.

Paulo Dybala is a completely different player from Cristiano Ronaldo but can give equal contributions in terms of scoring goals. The Argentine can provide assists and can attempt different types of passes to find his teammates. Manchester United are looking to sign the player, but are facing competition from Inter Milan. The English club might find it difficult to persuade the player due to their participation in the UEFA Europa League. If Ronaldo leaves, then Dybala could be the next big name to replace him.