Leicester City want to tighten their defence after a disappointing 2021/22 English Premier League season according to their standards. Their defence was leaky last season and Brendan Rodgers is looking for players who could improve it. Nathan Collins, a Burnley defender, has recently emerged as one of their targets. The 21-year-old Irishman was signed by Stoke City at the start of last season. He was not a regular in the Clarets squad but gave some decent performances whenever he got minutes on the pitch. The Foxes are looking for a defender who could stay on for a long time. 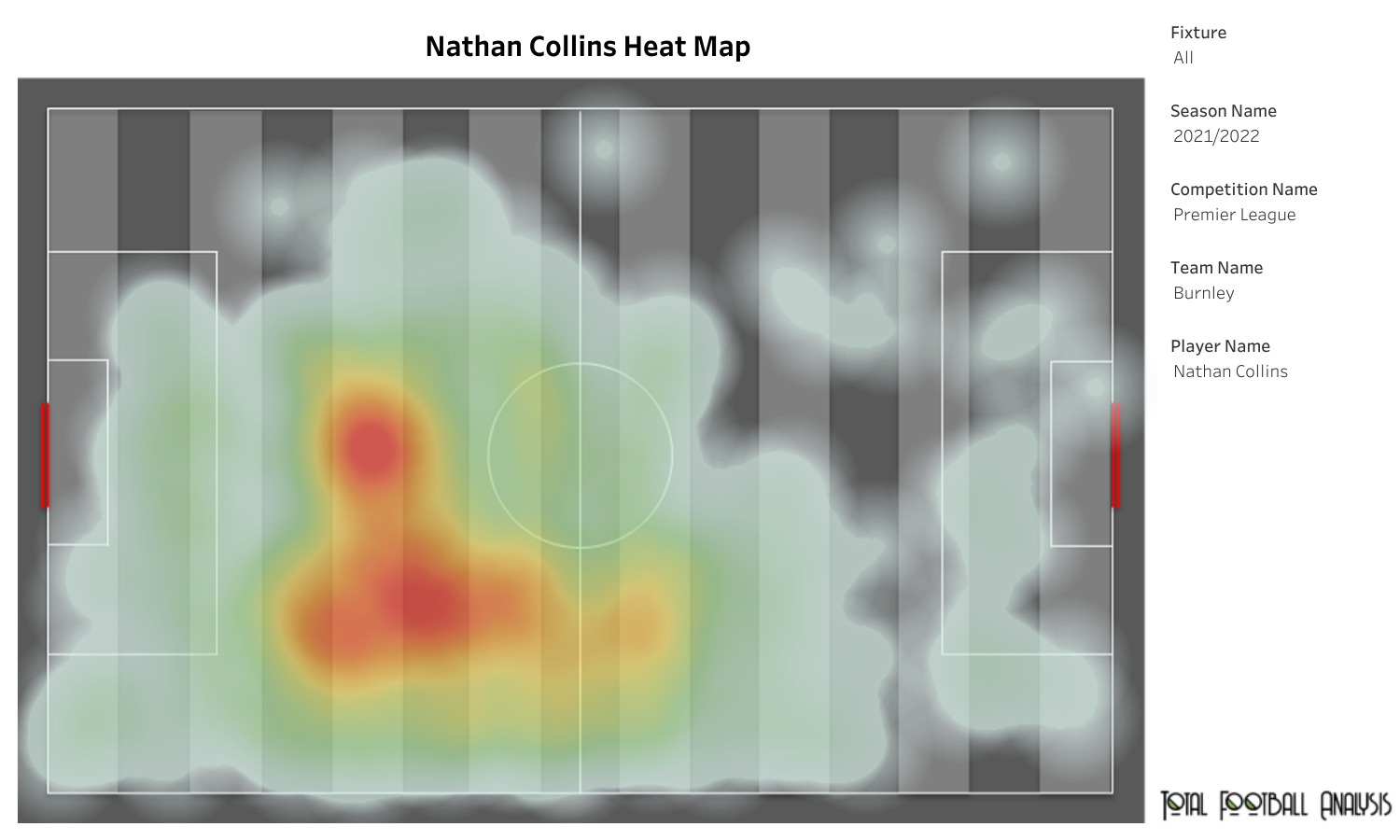 Collins made 19 appearances in the English Premier League, and these included 18 starts. He scored two goals in his first season in England’s top division. Burnley played in a 4-4-2 formation, and Collins played as a right centre-back for their side. Despite playing as a centre-back, Collins averaged 1.29 touches inside the opposition’s penalty area per 90 minutes. 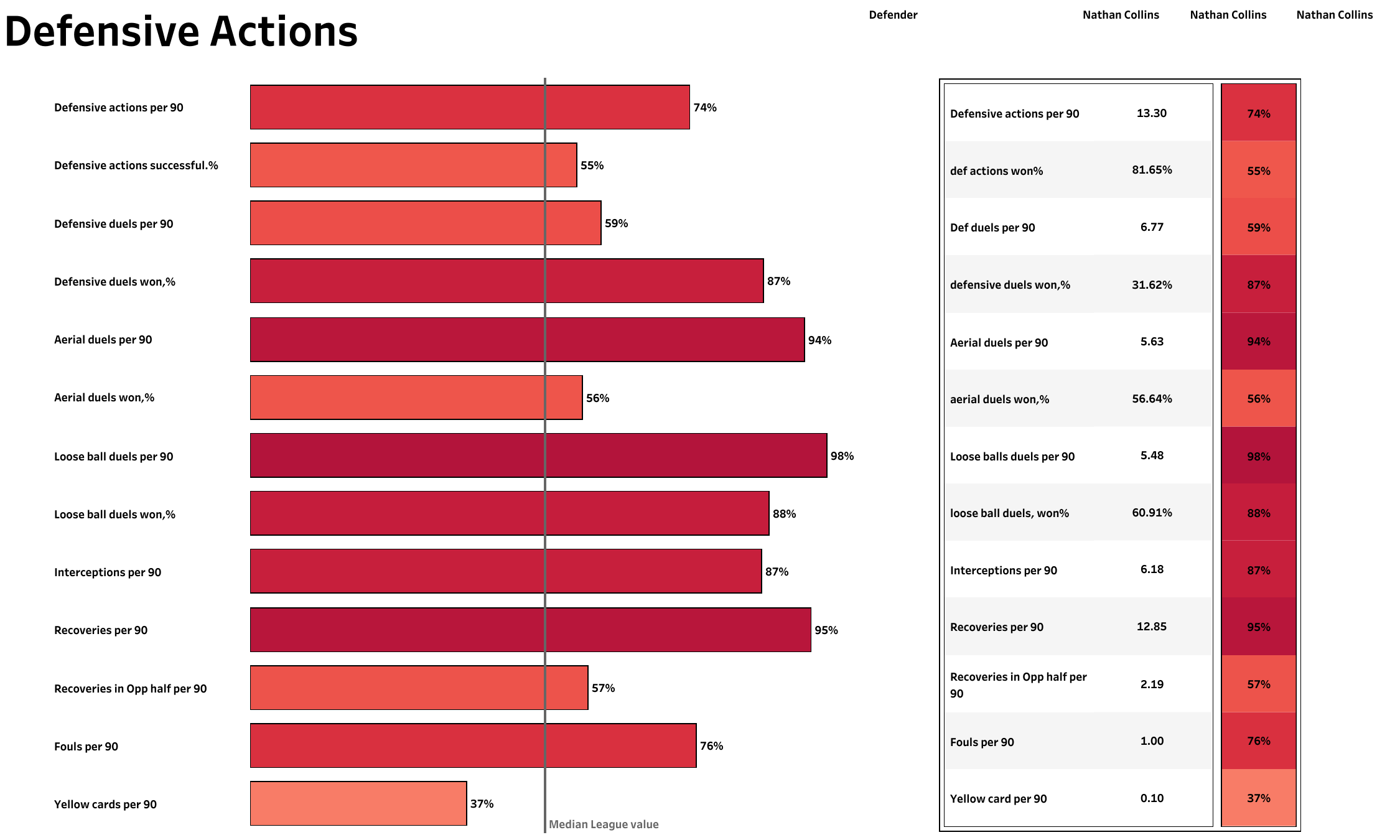 When looking at the above chart, the general rule is that the longer the bar, the better the performance — you can see the league average in the middle, and the % is the percentile rank the player is in. The above data shows the defensive stats of the player in comparison to other defenders in the league. Notably, the defender had a high percentile rank for every defensive action that he took. He had a high duel win percentage and also made a lot of recoveries. 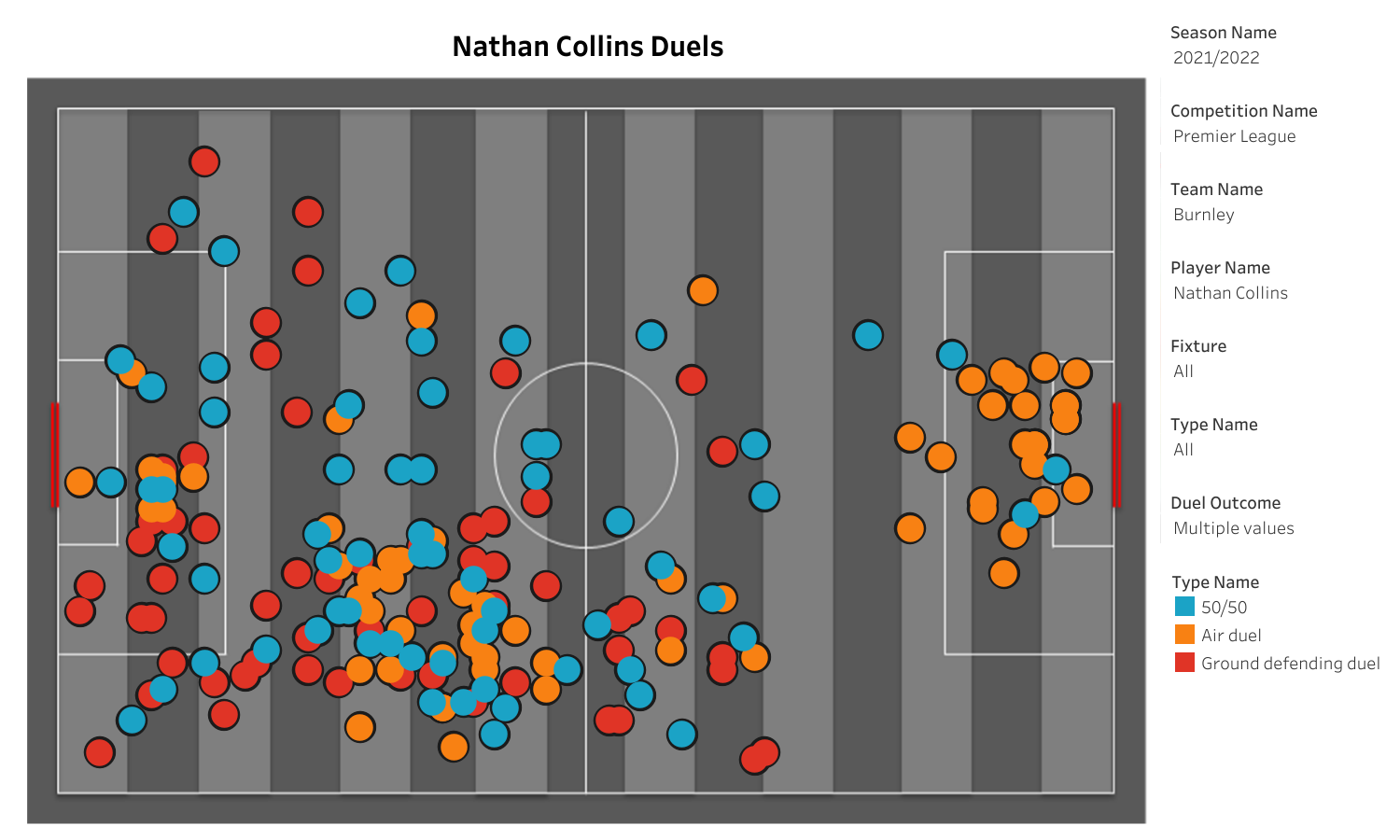 The above viz shows all the duels that Collins won or the duels that ended in a neutral result. It can be observed that the centre-back had a high aerial duels win percentage inside the opposition’s half. He is a threat while going forward on set-pieces and can score a goal or two. 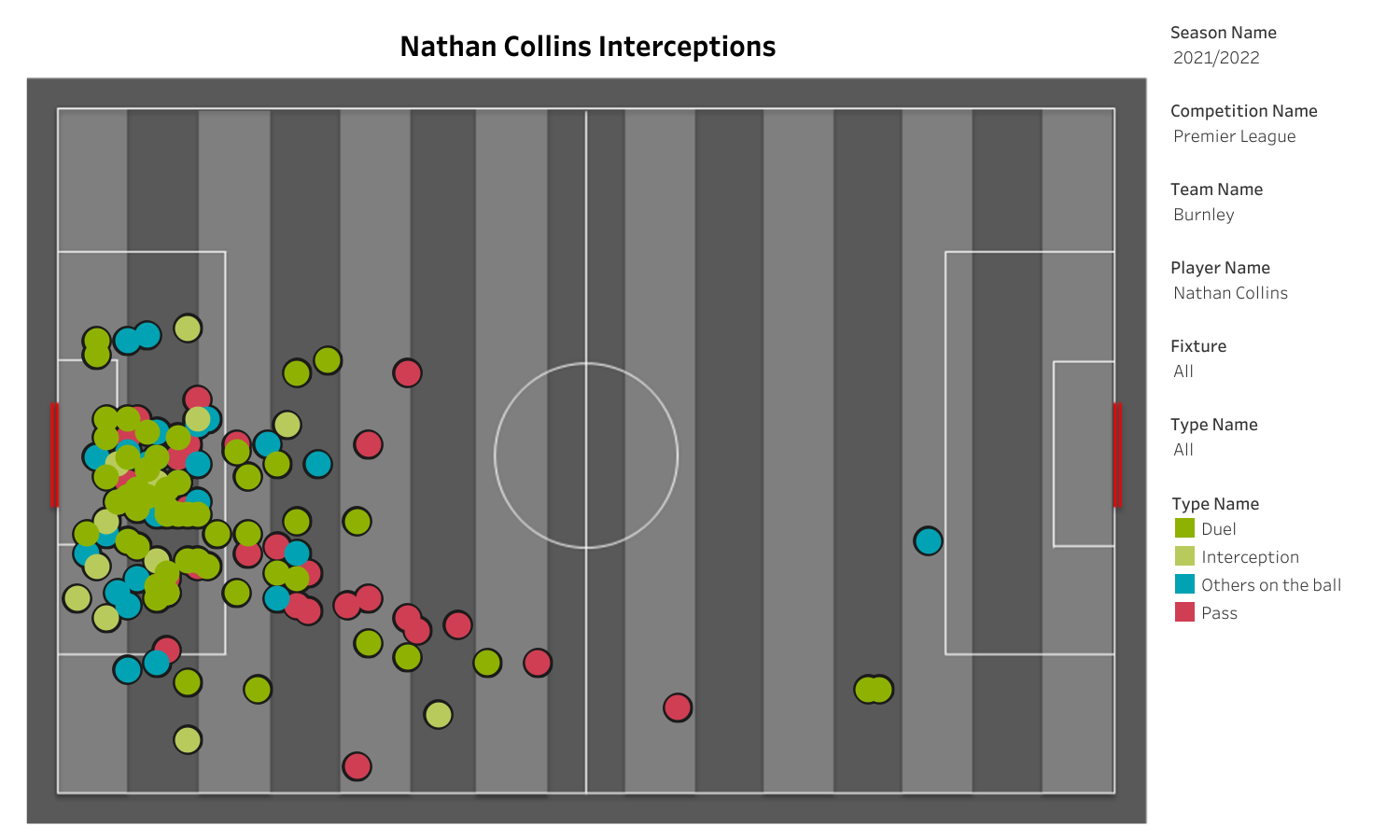 The centre-back averaged 6.18 interceptions per 90 minutes. It can be observed that Collins made most of the interceptions in the defensive third of the opposition. He won a few duels to intercept passes inside his team’s penalty box.

Nathan Collins is still in the early stages of his career, and a move for him could prove to be handy. He is a threat on set-pieces and is strong at the back. He could form a partnership with Wesley Fofana and improve Leicester City’s defence in the next season.