Michy Batshuayi is a forgotten man at Chelsea, and the Belgian international will be looking for a move away from Stamford Bridge to increase his chances of making it into the Belgium World Cup squad. He might get a lifeline as Everton have shown interest in signing the striker. Everton are looking for attacking options and are yet to replace their star player, Richarlison, who was sold to English Premier League rivals Tottenham Hotspur in the summer. The 28-year-old made a move to Chelsea in 2016 but has failed to cement his place in the side. He has been sent on five loan spells at four different clubs and is now open to a move away from London. Everton are emerging as the favourites to sign the player.

After joining the club in 2016, Batshuayi helped Chelsea to lift the English Premier League title, scoring five goals in 20 league appearances. He only started in one match for the Blues in the entire league campaign. Overall, he has made 77 appearances in the league and 29 came for Crystal Palace. The Belgian has netted 15 goals, seven of which were scored for Crystal Palace. Some of the stats from the last two seasons show how the striker could be beneficial for the Everton side that struggled in the entire league campaign. 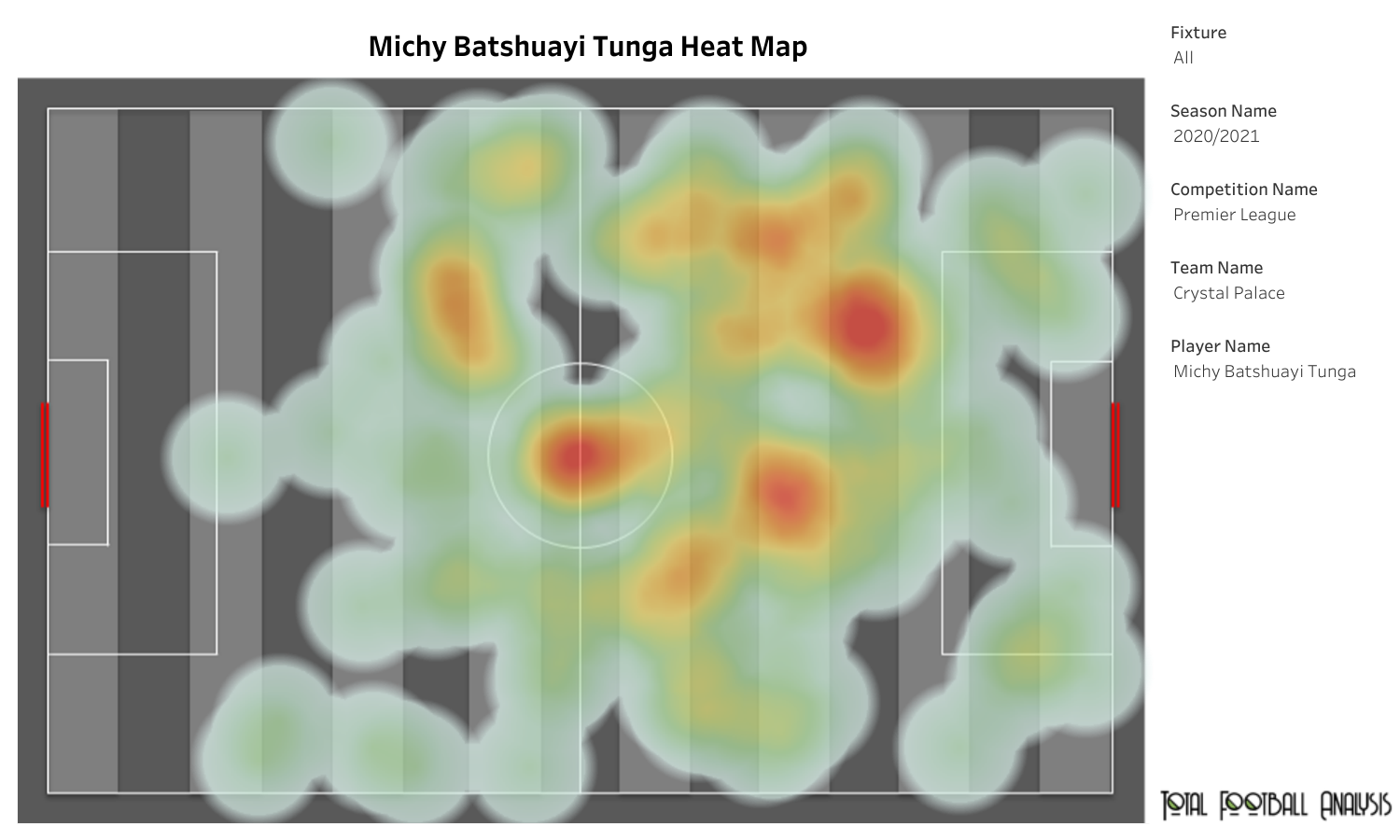 Batshuayi spent the 2020/21 season on loan at Crystal Palace and the last season on loan at the Turkish club, Beşiktaş. He made 42 appearances for them in all competitions and found the back of the net 14 times. The above viz shows the player’s heat map from the 18 English Premier League appearances for Palace in the 2020/21 season. It can be observed that Batshuayi also went wide to create chances for his teammates who were running inside the opposition’s penalty box. 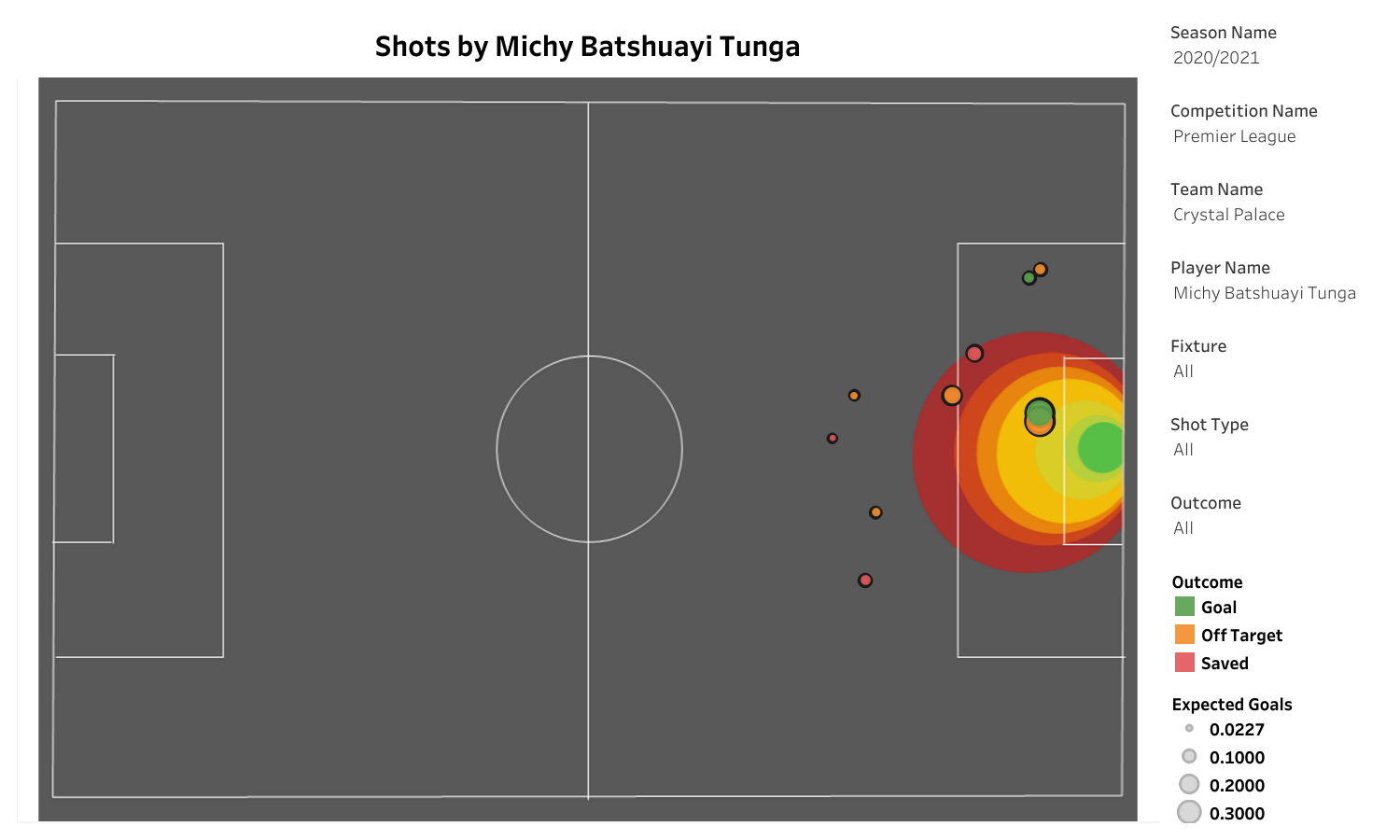 The 2020/21 season was the second loan spell for the forward at Crystal Palace. He made 18 appearances and scored two goals. Batshuayi got the opportunity to attempt only ten shots, and he had a 60% shot accuracy rate. It can be observed that the striker is not shy of taking long-range attempts, and the defenders need to stay tight with him inside the attacking third. 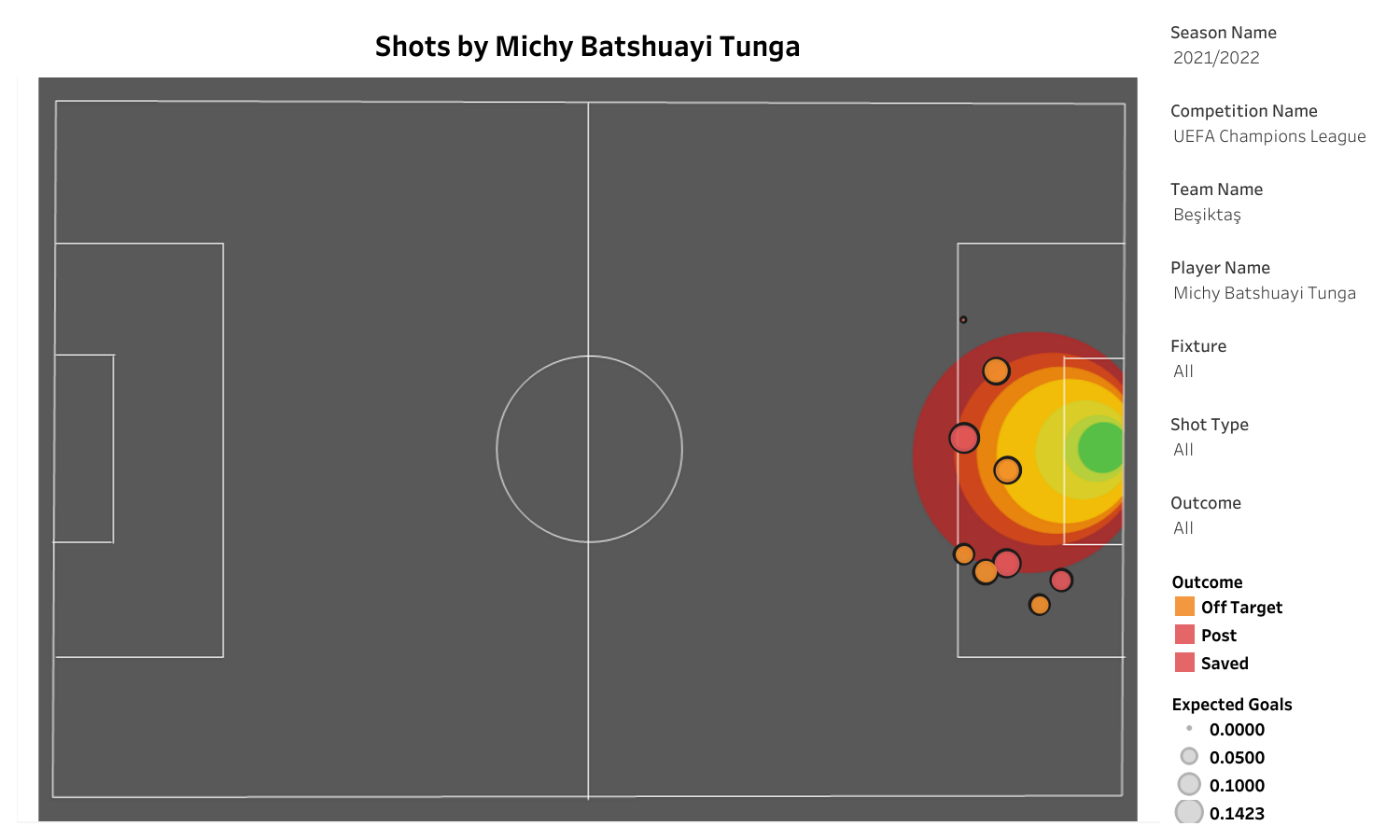 Last season, Batshuayi played in the UEFA Champions League for Beşiktaş. He made five appearances for his side in the elite competition but failed to make an impact on the results of those matches. He failed to score a goal. The above shot map shows all the nine shots that were attempted by the forward. He hit the target four times, and all the shots were attempted from inside the opposition’s penalty box.

Both shot maps tell us that Batshuayi can find space for himself inside the opposition’s penalty box and also attempt shots from long range to trouble the keeper. 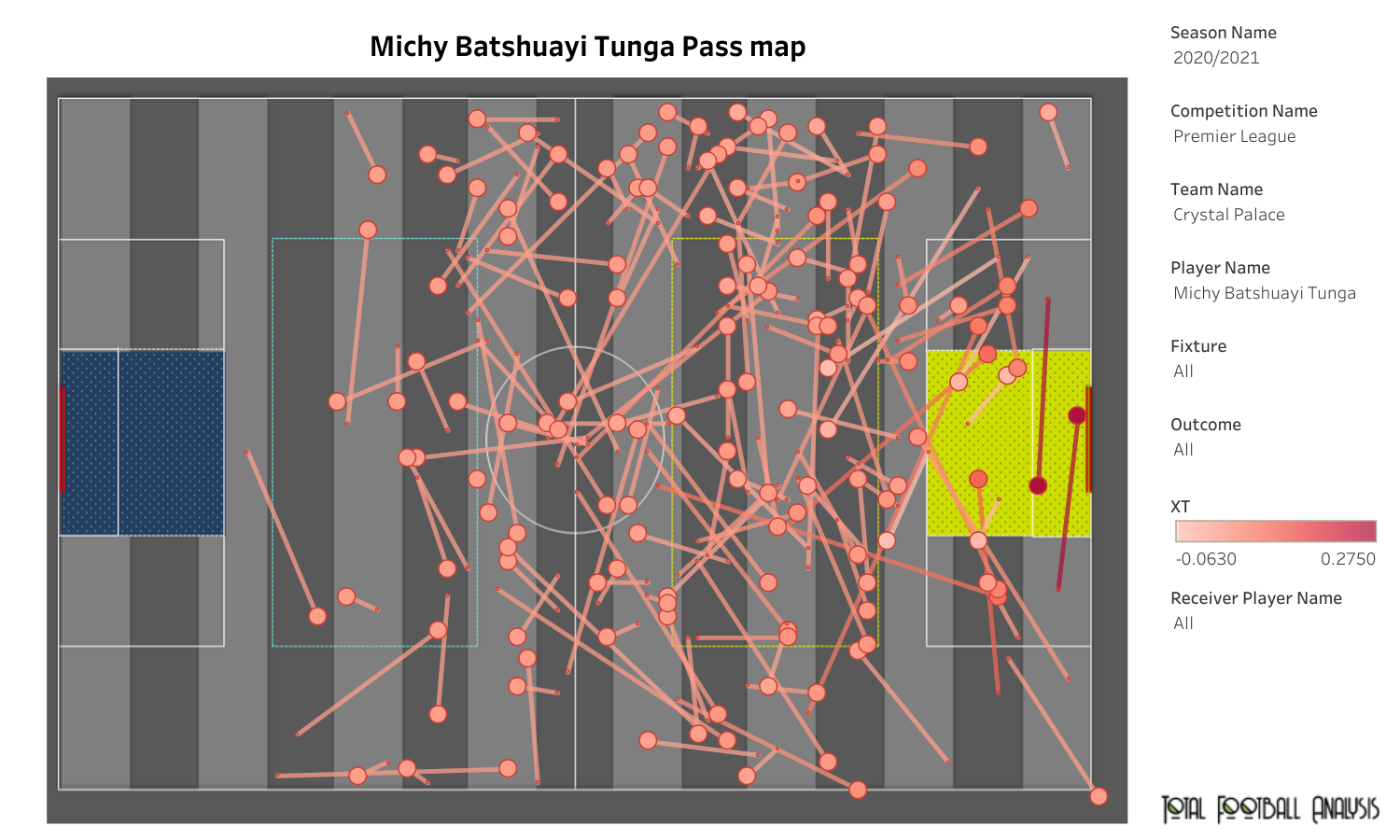 The above viz shows the pass map from the 2020/21 season in which the player provided an assist. The pass map shows that Batshuayi has taken wider positions on just a few occasions. Other than this, his passes have been simple and directed towards the flanks. This allows him time to get inside the opposition’s penalty box.

Batshuayi has a lot to prove, and Everton could be the place where he can revive his career. The striker aims to make it to the World Cup squad, and this could be the first step towards his success. Everton need an attacking player, and Michy Batshuayi has the experience to lead the line. This could be a good move for Everton and the player.