West Ham United have been linked with signing Burnley and Cote d’Ivoire winger Maxwell Cornet. The 25-year-old joined Burnley from French giants Lyon in August 2021. Cornet played less than 1800 minutes of action as the Clarets were relegated to the EFL Championship for next season. In this article, we will explore whether the Hammers should gamble on the former Lyon man. 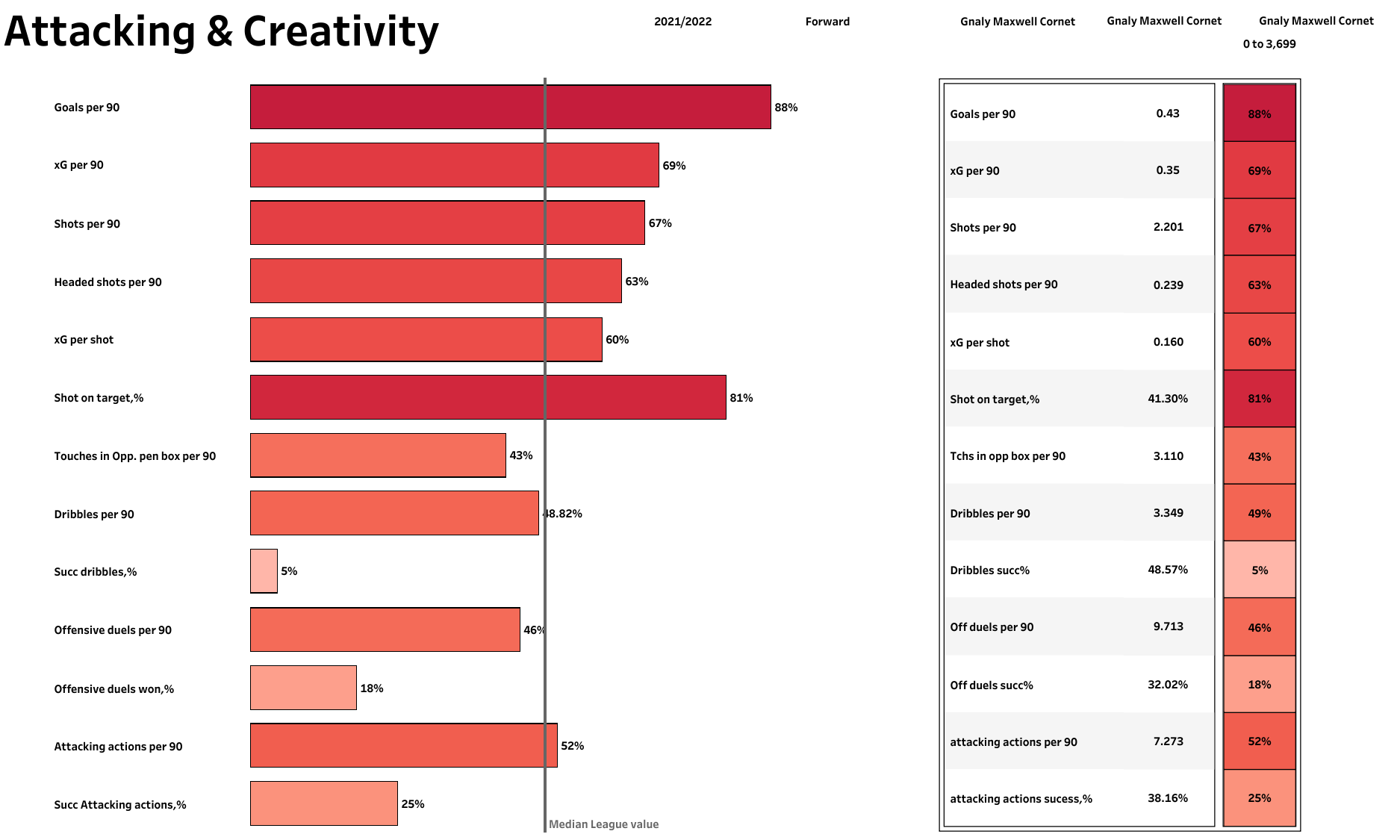 Cornet scored nine goals for Burnley this season in the limited game-time as he was one of the few shining lights in a campaign that saw the Clarets’ Premier League status end on the final matchday of the season. Add one assist that he provided, and Cornet was involved in a goal every 176 minutes. This may not sound much but keep in mind that Burnley scored only 34 times all season, which is the second joint fewest with Watford, who were also relegated. The Ivorian winger attempted 2.2 shots per game at an accuracy of 41.3%. 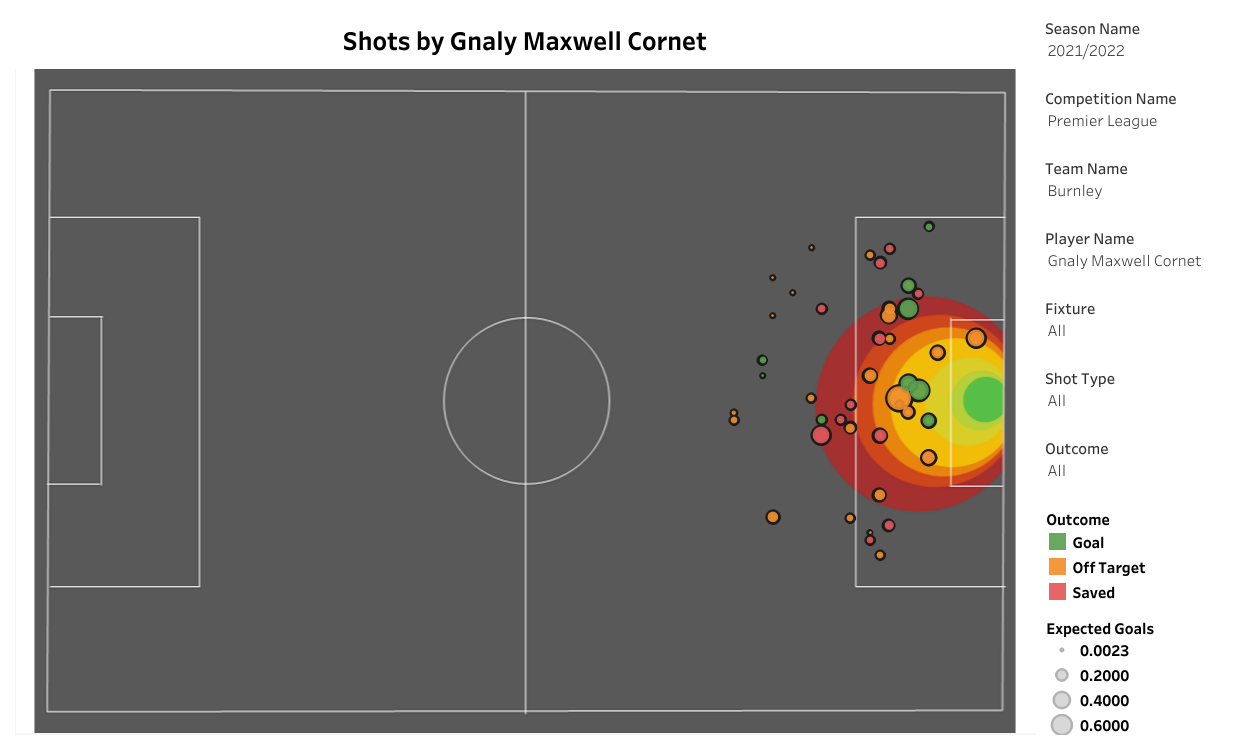 Shown above is the shot map of Cornet for Burnley in the Premier League this season. Nearly a third of his goals have come from outside the box this campaign. The Ivorian has attempted 46 shots, of which 22 were on target. This means Cornet has taken a shot every 38 minutes he has played this season. Cornet’s conversion rate stood at a goal every 5.11 shots. His average shot distance was 16.6 yards. 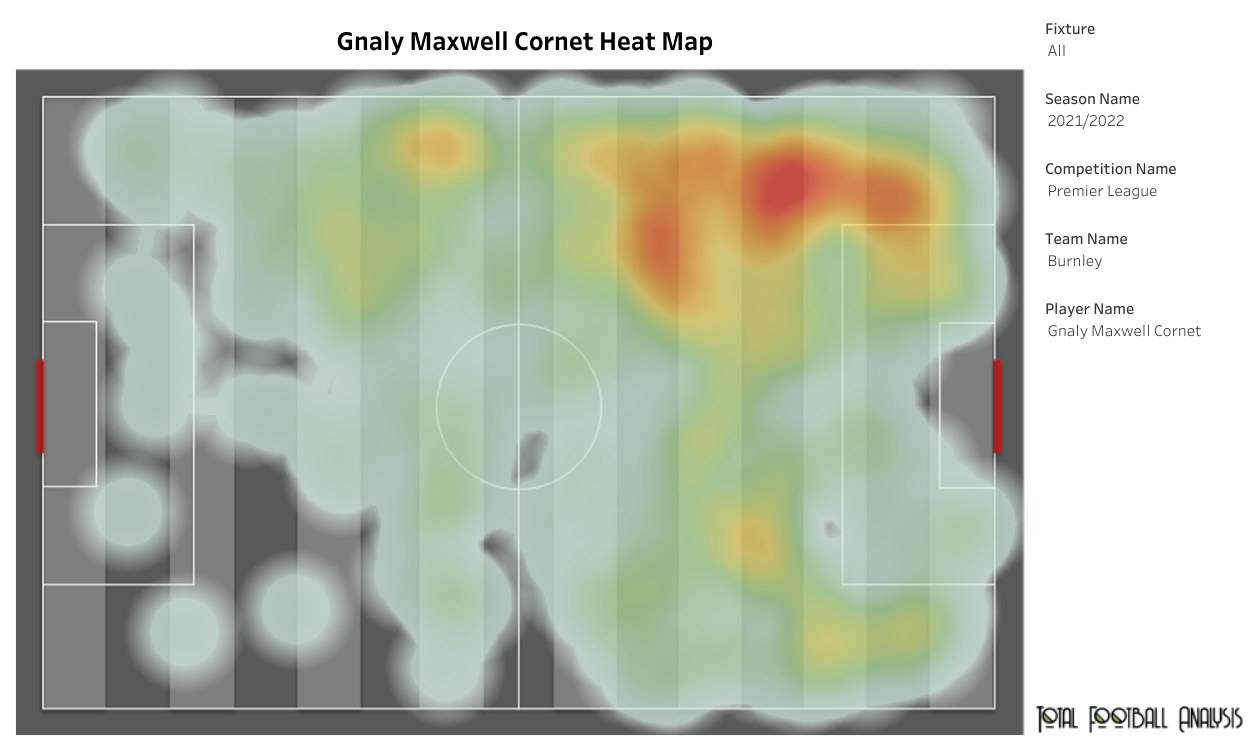 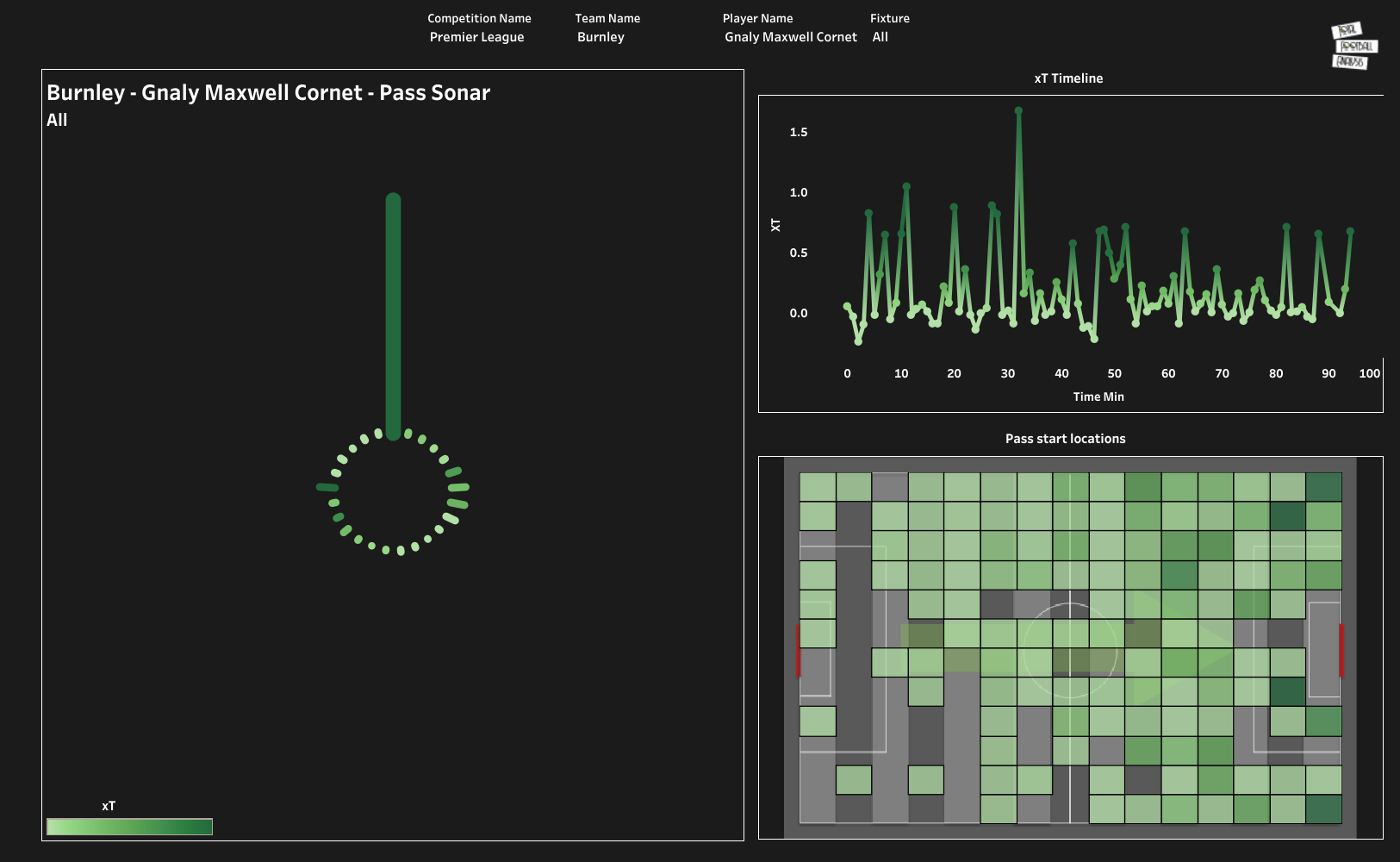 Given above are the pass sonar, xT timeline and xT map of Cornet for Burnley this season in the Premier League. The Ivorian winger has regularly created an xT value of 0.5 or more through his passes and/or dribbles. Occasionally, he has exceeded 1.0 as well. Most of his xT for Burnley has come from forward passes.

With Burnley relegated from the Premier League, Maxwel Cornet is available for as low as 17.5 million pounds to any potential suitors. West Ham United are one of them. The Hammers will benefit from the Ivorian as he would add depth and could be a replacement for the outgoing Andriy Yarmolenko.