Chelsea have entered the transfer market and are starting to make their mark. They will complete the signing of the Manchester City forward, Raheem Sterling, in a couple of days. Thomas Tuchel is also looking to sign more players and was chasing Leeds United winger, Raphinha. However, the Brazilian is also linked with a move to Barcelona, and he is also pushing for a transfer away from England. Chelsea are going to offload Hakim Ziyech, and Raphinha would’ve been the ideal replacement. Now, the manager has shifted a little bit of focus on other players, and one of them is Burnley’s Maxwel Cornet. The 25-year-old was signed by Burnley last season from Lyon, and he was their top performer despite playing only 26 games in the English Premier League. The Blues have set their sights on the Ivory Coast international, and he could also save some money for the side. 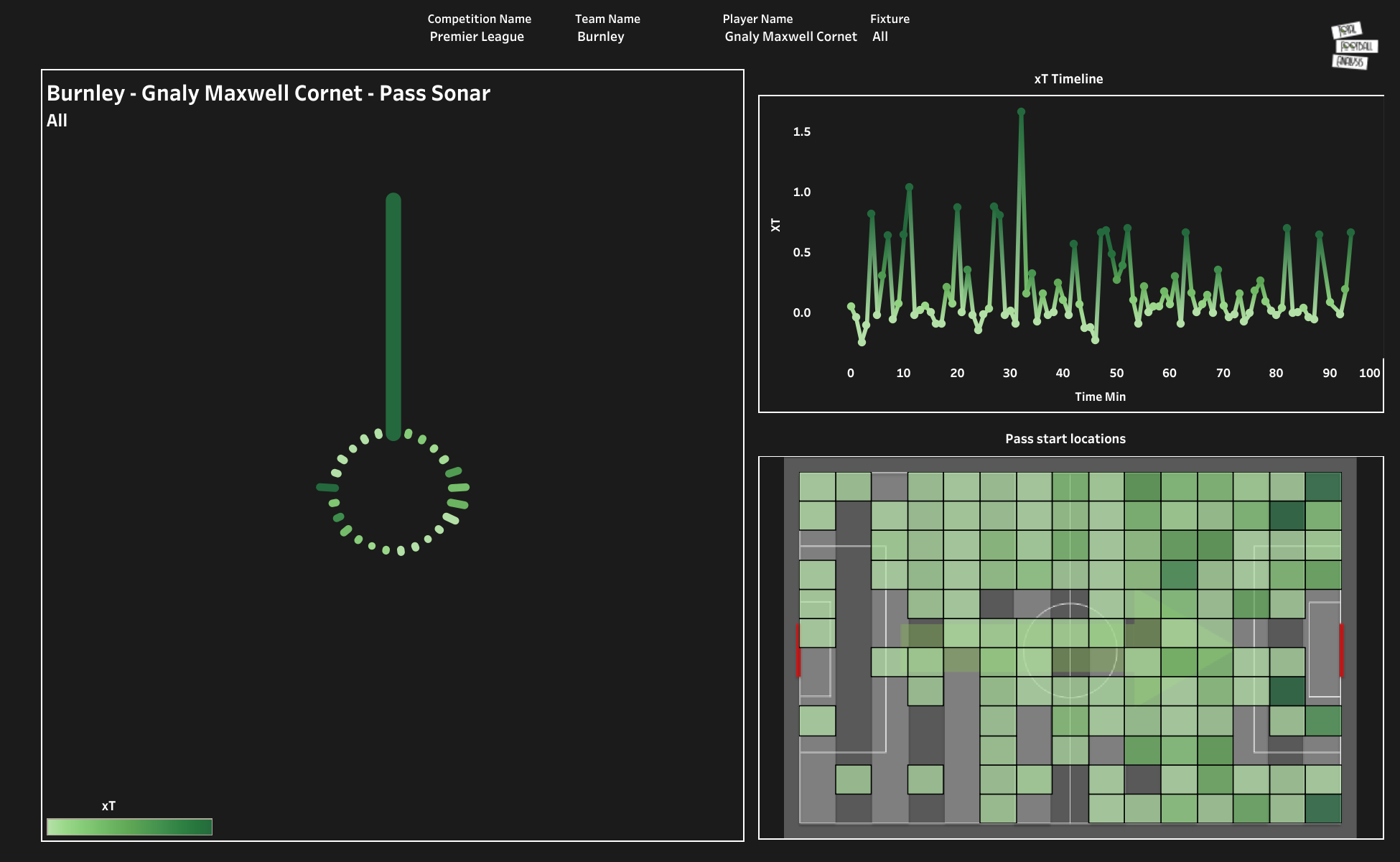 Cornet missed some of the games due to injury and scored nine goals in his 26 appearances. He even managed to provide an assist to one of his teammates. The above viz shows the pass start location and the threat created from passes at different time intervals. This shows that the player featured on the left for Burnley. He changed his position in some games and drifted towards the right flank. The xT timeline shows that the player created constant threats with his passing. He tried to penetrate the opposition’s penalty box and attempted a few passes from inside the box. 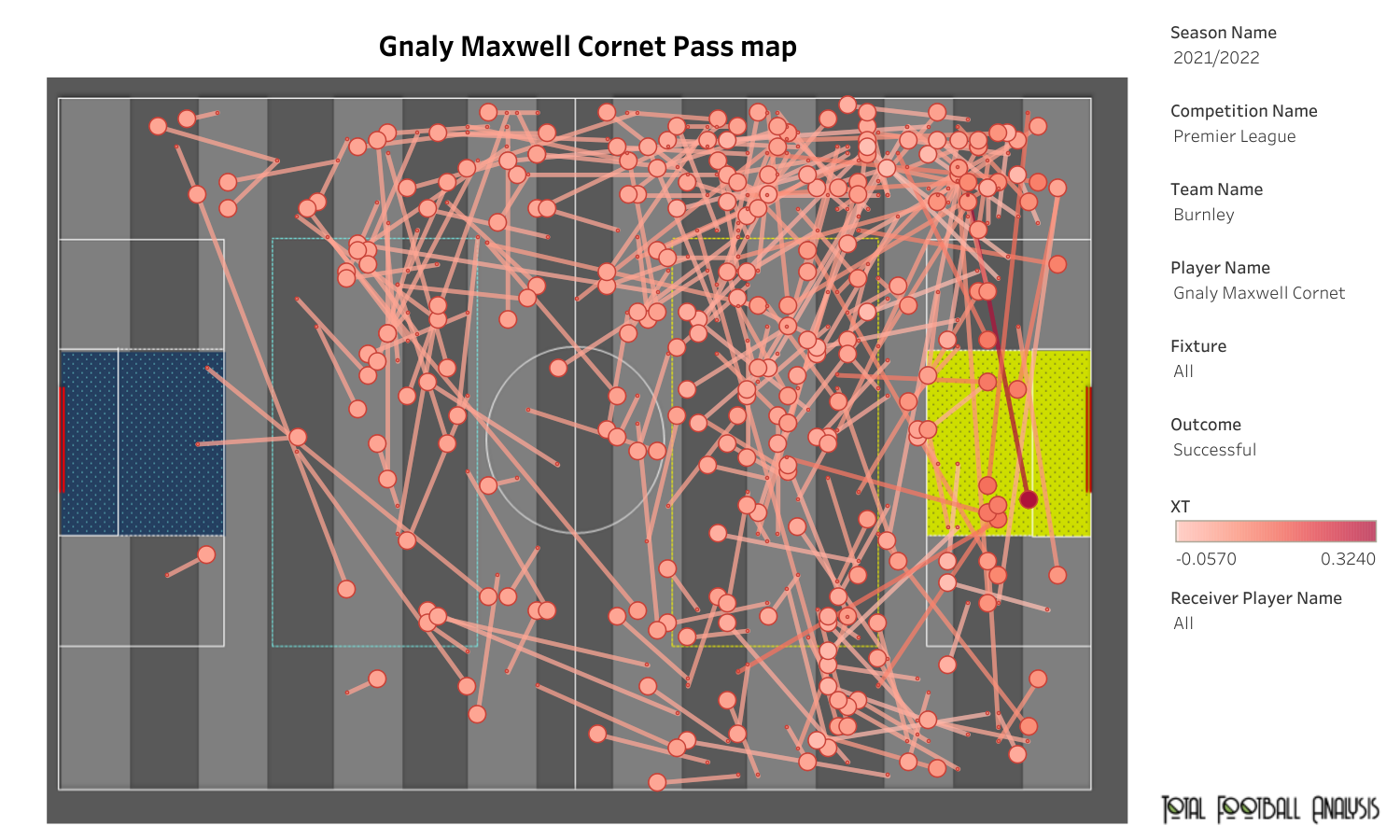 The 25-year-old averaged 17.18 passes per 90 minutes with an accuracy rate of 73.8%. The above viz shows all the passes that were successfully delivered by the player. This shows that some of the passes were sideways, and he used them to spread the play towards the left and right flanks. Some of the passes attempted by Cornet landed inside the opposition’s penalty box and found a teammate. He can create chances for his teams and one of the reasons behind one assist was the form of Burnley. They struggled to score goals, and hence his potential was not fully shown last year. 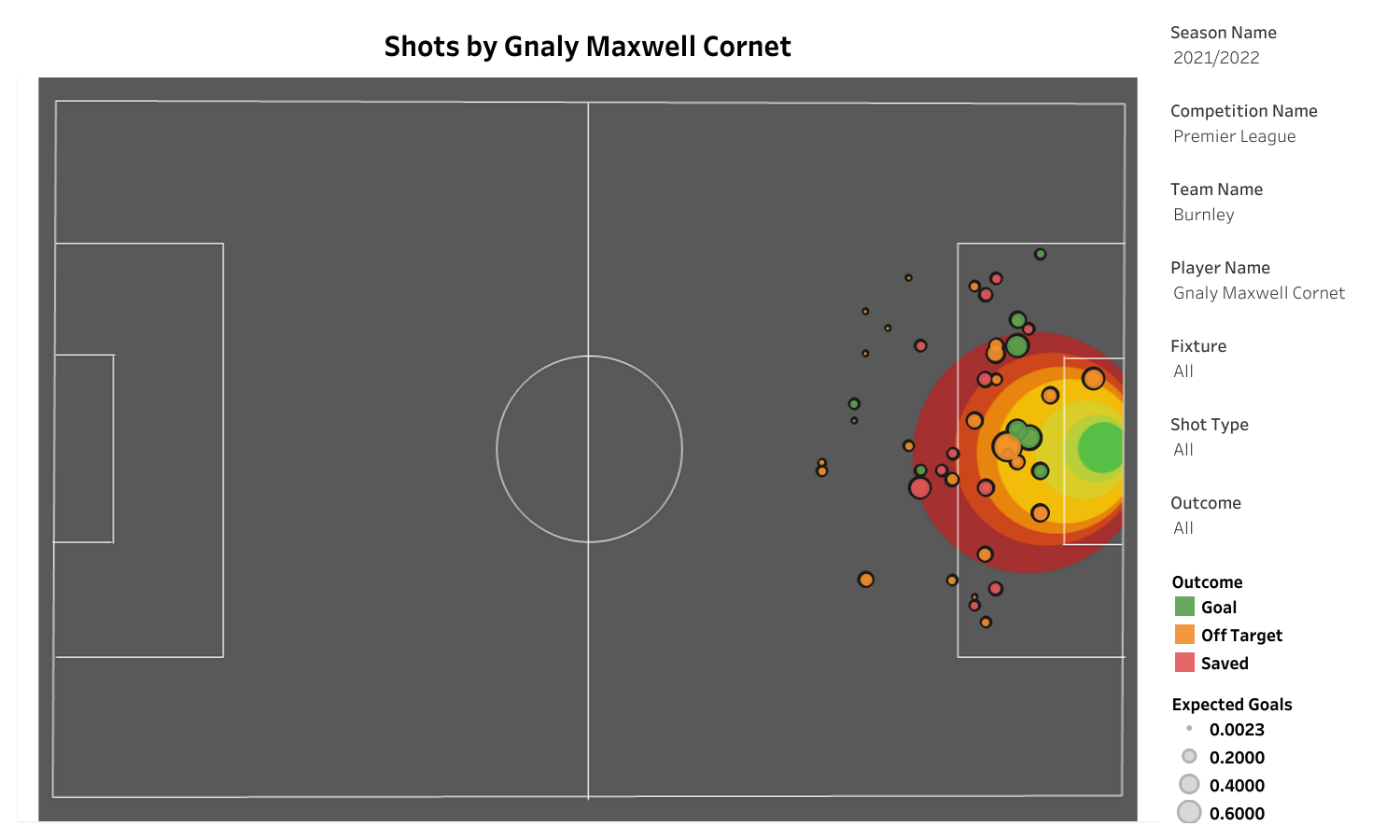 Cornet was involved in 7.27 attacking actions with a low success rate of 38.16%. The player attempted 46 shots, with an average of 2.2 shots per 90 minutes. He hit the target 19 times. The above viz shows that Cornet attempted more shots from his favoured left side. He also scored some long-range shots, and this shows his skill-set with the ball. Cornet could prove to be a decisive factor in some of the matches.

If Chelsea fail to sign Raphinha, they will look to sign Maxwel Cornet. He can create plays and score goals. However, the Blues will search for more players and bring in the best suitable option. Cornet will leave Burnley and is destined for a new club.

The post Transfer Talk: Maxwel Cornet – Raphinha’s alternative who could save money for Chelsea in the transfer window, appeared first on Football analysis, news, betting and opinion from Chelsea.