Leicester City have the fear of losing their best midfielder, Youri Tielemans, in the summer. His situation still hangs in the air as some of the English Premier League clubs are desperate to sign him. This has left Brendan Rodgers with a lot of thinking to do. Leicester City have once again left it late to sign players and are now targeting players before the start of the season. One of the midfield targets to have emerged for the Foxes is Celtic’s midfielder, Matt O’Riley. The 21-year-old midfielder made a move to the Scottish Premiership champions in January 2022 and helped his side to win the title in his short spell. He impressed everyone with his stats in the limited appearances, and this is the reason why clubs have set their sights on the player.

O’Riley started his career with Fulham in 2017 but failed to make it into the first team. He then made a move to MK Dons in January 2021, and his performances for the English side were the reason Celtic decided to buy the player. The above viz shows the heat map of the player in 16 Scottish Premiership appearances for Celtic. O’Riley featured as the right central midfielder and scored four goals in his first season for the club. The 21-year-old was a regular in Ange Postecoglou’s plans. 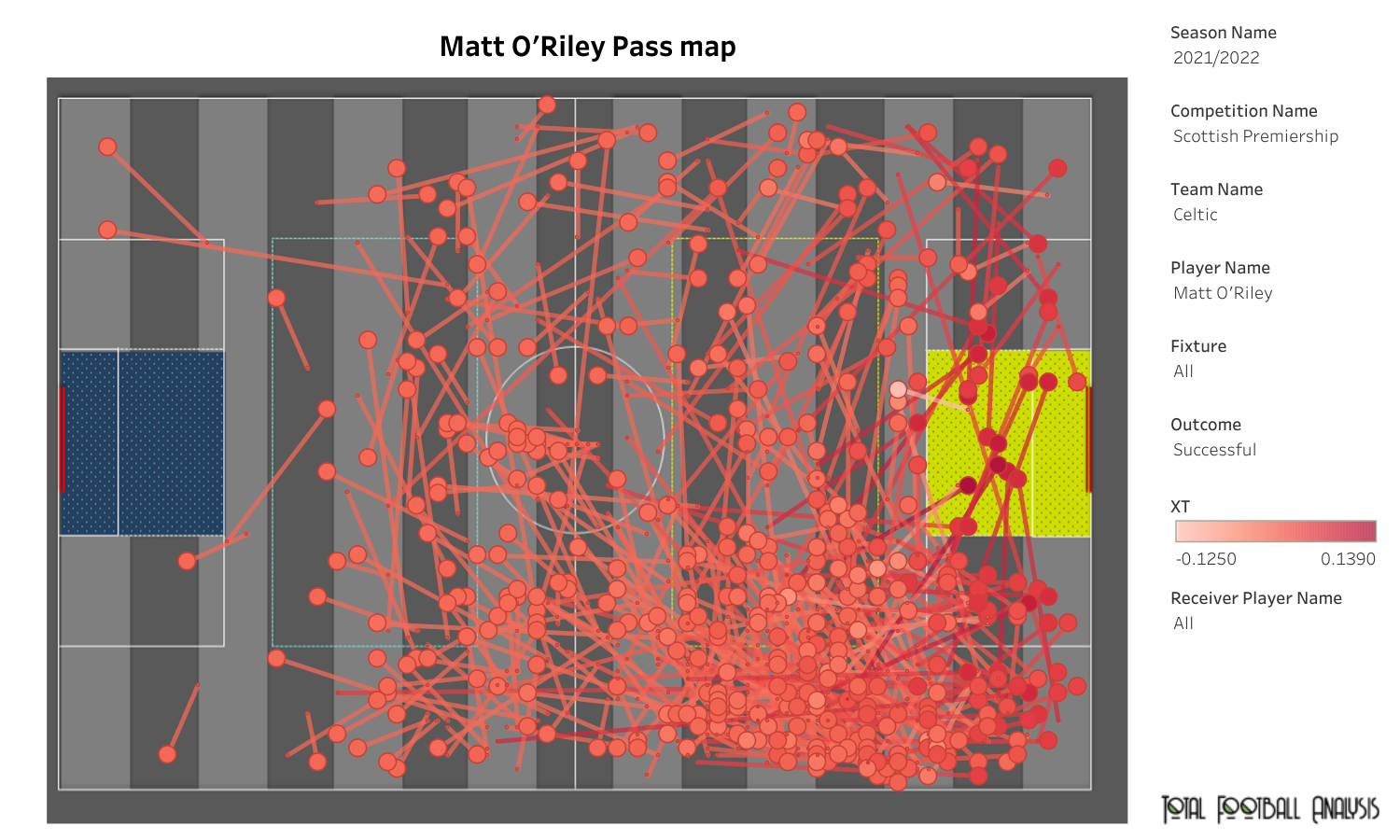 O’Riley averaged 47.6 passes per 90 minutes with an accuracy rate of 83%. The above viz shows all the passes that the midfielder successfully delivered. O’Riley provided three assists in the competition and showed some variety in his passing. The Englishman averaged 3.65 crosses, 2.1 smart passes, and 2.01 through passes per 90 minutes. The above map shows that a lot of passes directed into the opposition’s penalty box found a teammate and created trouble towards the opposition goal. This shows that the player possesses creativity and could be a valuable addition to Leicester’s midfield. 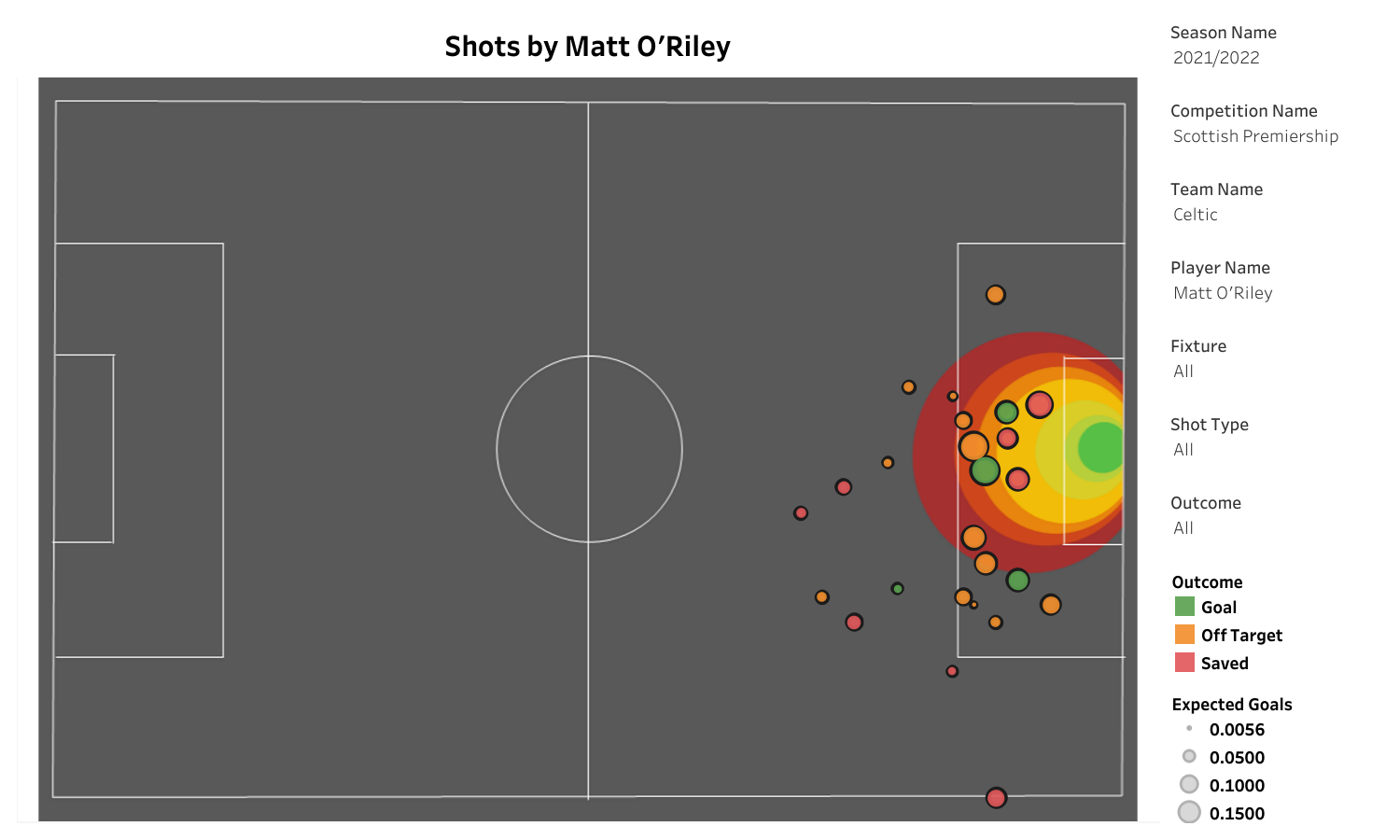 The midfielder was involved in 12.15 attacking actions per 90 minutes and had a 53% success rate. The above viz shows the shot map of the player. With an average of 2.28 shots per 90 minutes, O’Riley attempted 25 shots, and 11 of them were on target. He scored three goals from inside the opposition’s penalty box, and one was scored from outside the box. We can observe that the player can hit shots and be dangerous if given space on the pitch.

O’Riley also made some important defensive contributions to his side. He was involved in 12.2 defensive actions per 90 minutes and had a 72% success rate. He averaged 4.6 interceptions and made eight recoveries per 90 minutes. The above viz shows that most of the duels were contested in the middle third.

The midfielder’s all-around ability is the reason why Leicester City have shown their interest in him. He is a goal-scorer and can also create chances for his team. Leicester City lacked creativity from the midfield, and Matt O’Riley could be the solution to their problems. However, it won’t be easy for the Foxes to sign him from Celtic.