Manchester City have had a left-back problem for several seasons now. They have had to resort to midfielders like Fabian Delph (who has since left for Everton) and Oleksandr Zinchenko, as well as natural right-backs like Joao Cancelo to play in that position. However, they might just be able to solve their left-back problem for good this summer as the Brighton left-back, Marc Cucurella, looks to be on the verge of signing for the Cityzens. Having said that, let us take a look at what the Alella-born full-back has to offer to Manchester City. 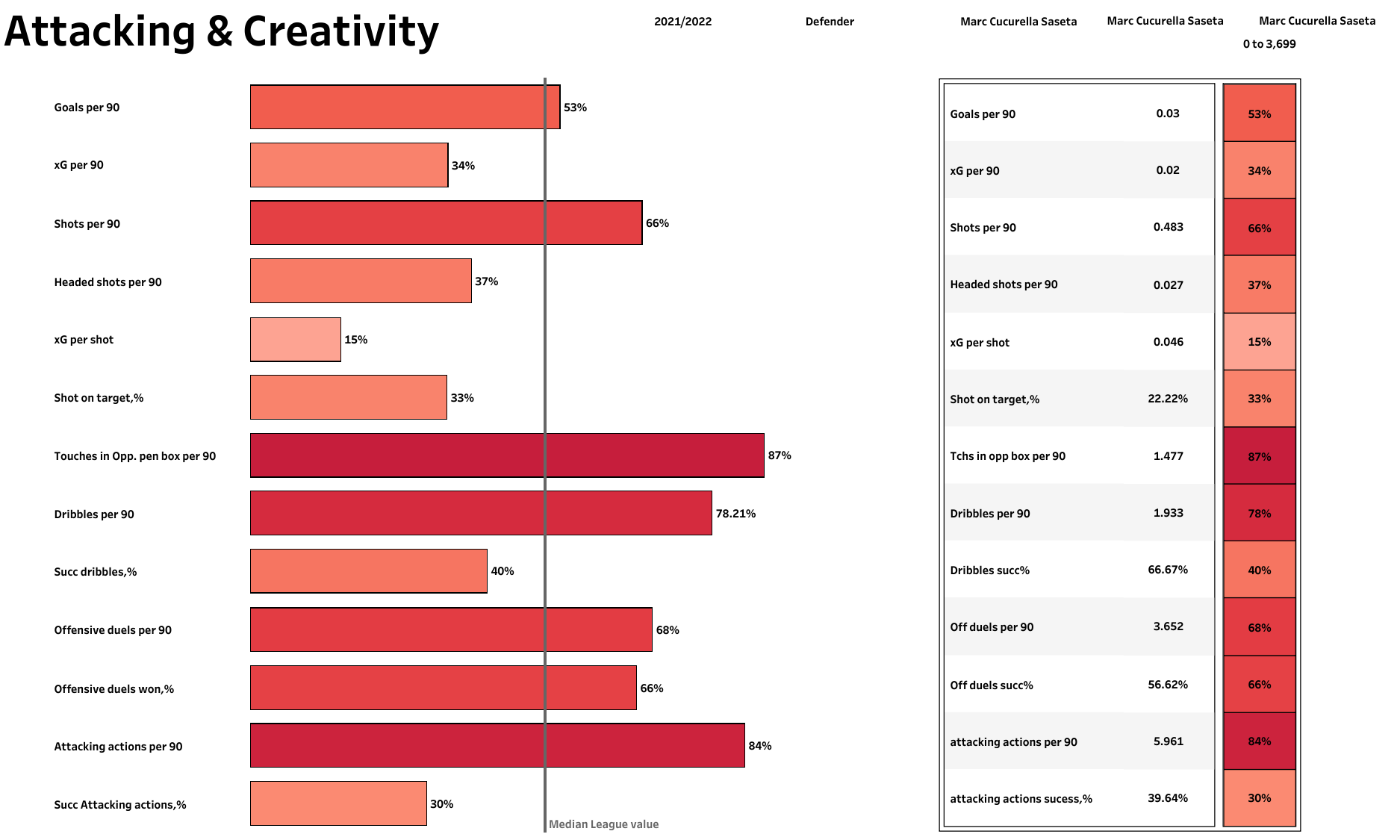 Cucurella made 35 appearances for Brighton in the recently concluded 2021-22 Premier League season, all of which were starts. This meant that he played for over 3,000 minutes (3,089 to be precise). He may have scored once and assisted only once, but it was for a Brighton team that managed to find the back of the net only 42 times throughout the season. Cucurella made 1.47 touches in the opposition’s penalty area, which put him in the upper quintile of defenders. He also attempted just under two dribbles per 90, completing a solid two-thirds of them. The Catalan was also involved in just under six attacking actions per 90, which ranked him in the 84th percentile for defenders. 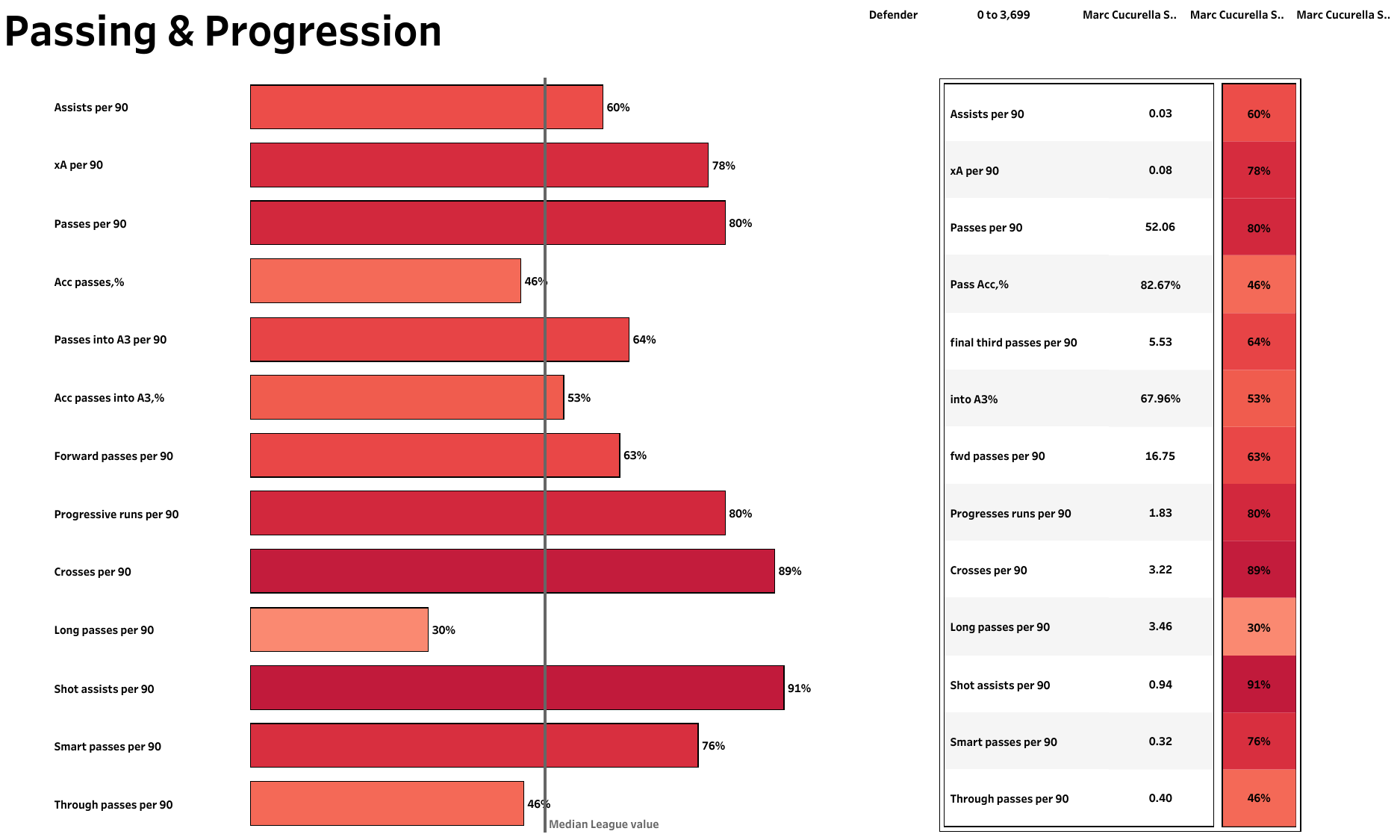 Cucurella provided one assist for Brighton in the Premier League season just gone by, but xA suggests that he should have had close to three. However, expect this to drastically improve under Pep Guardiola at Manchester City. The 23-year-old attempted 52 passes per 90 for the Seagulls at a pass accuracy of 82.67%. The Catalan’s ball progression was also decent as he attempted 5.5 passes into the final third per 90, with over two-thirds of his balls finding a teammate. Cucurella made 1.83 progressive runs per 90 and 3.22 crosses per 90, both of which ranked him in the upper quintile of defenders. 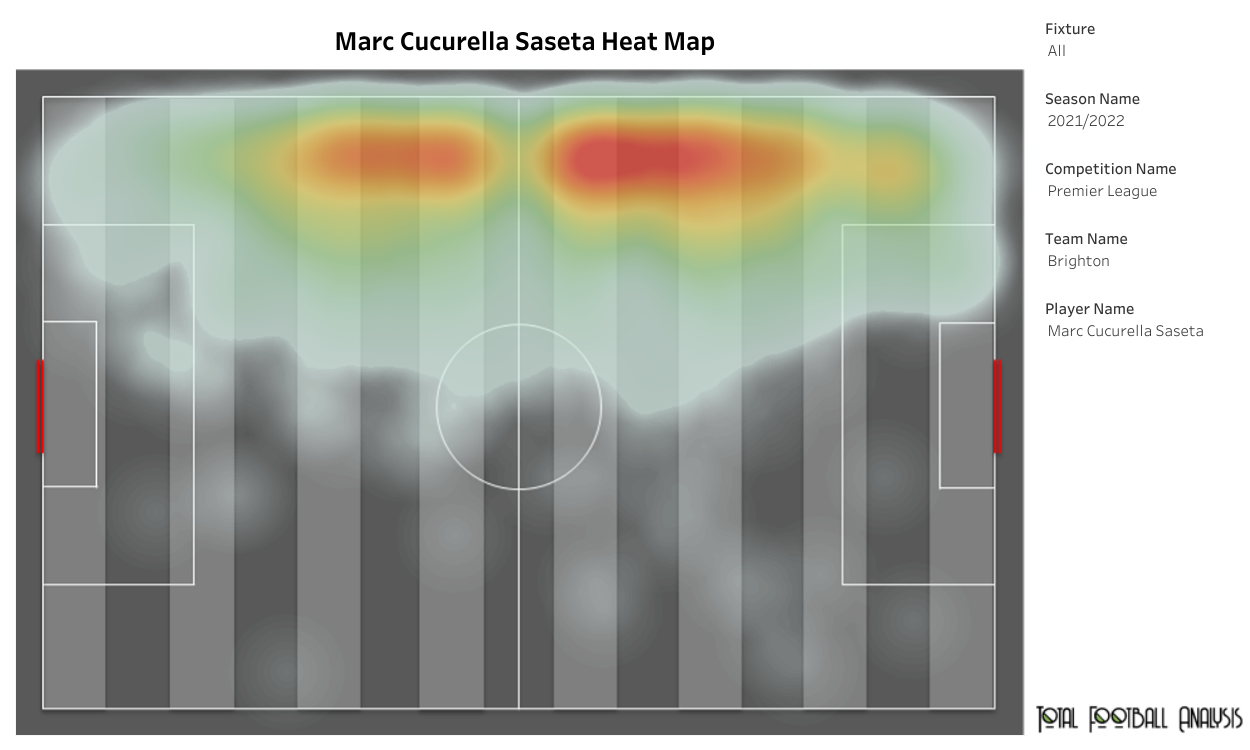 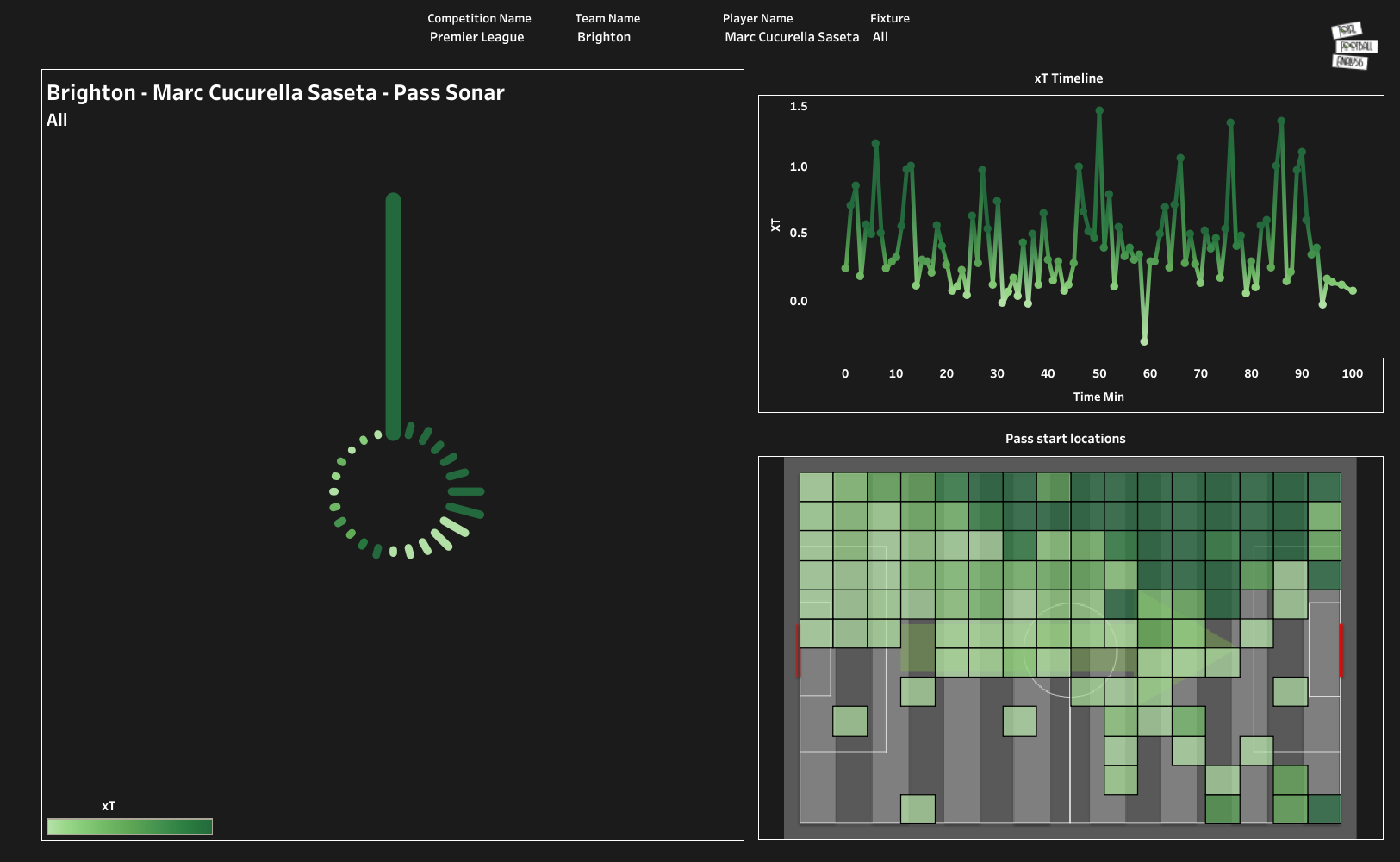 Cucurella regularly generated an xT score of over 1.0,  most of it in the final third on the left-hand side, as you would expect from a left-back. His sideways passes into the penalty area produced as much threat as his progressive passes and balls into the final third.

Marc Cucurella played brilliantly for Brighton in the only Premier League campaign of his career so far. However, let us not forget that he was also a key man for Getafe in LaLiga for two seasons prior to joining the Seagulls. Should the Catalan join Manchester City, it would surely signal the end of Oleksandr Zinchenko at the club as he has been linked with joining Mikel Arteta at Arsenal.