Manchester City are keeping tabs on Crystal Palace left-back Tyrick Mitchell ahead of a potential summer swoop. A product of the Crystal Palace academy, Tyrick Mitchell, 22, is enjoying his breakthrough campaign under manager Patrick Vieira. He has missed just eight minutes of action in the Premier League this season, impressing over 29 appearances. He has registered two assists and helped the Eagles keep eight clean sheets in the process.

The youngster’s consistent performances have earned him a call-up to the England squad as a replacement for the injured Reece James. Mitchell’s performances in Crystal Palace shirt have also sparked the interest of clubs such as Chelsea, Newcastle United, and Tottenham Hotspur. Given the talent and huge potential Mitchell quite clearly possesses, and that Benjamin Mendy has been indefinitely suspended by Manchester City, with Oleksandr Zinchenko not getting enough game time this season, it is easy to see why Pep Guardiola would be interested in a move for the Crystal Palace starlet. 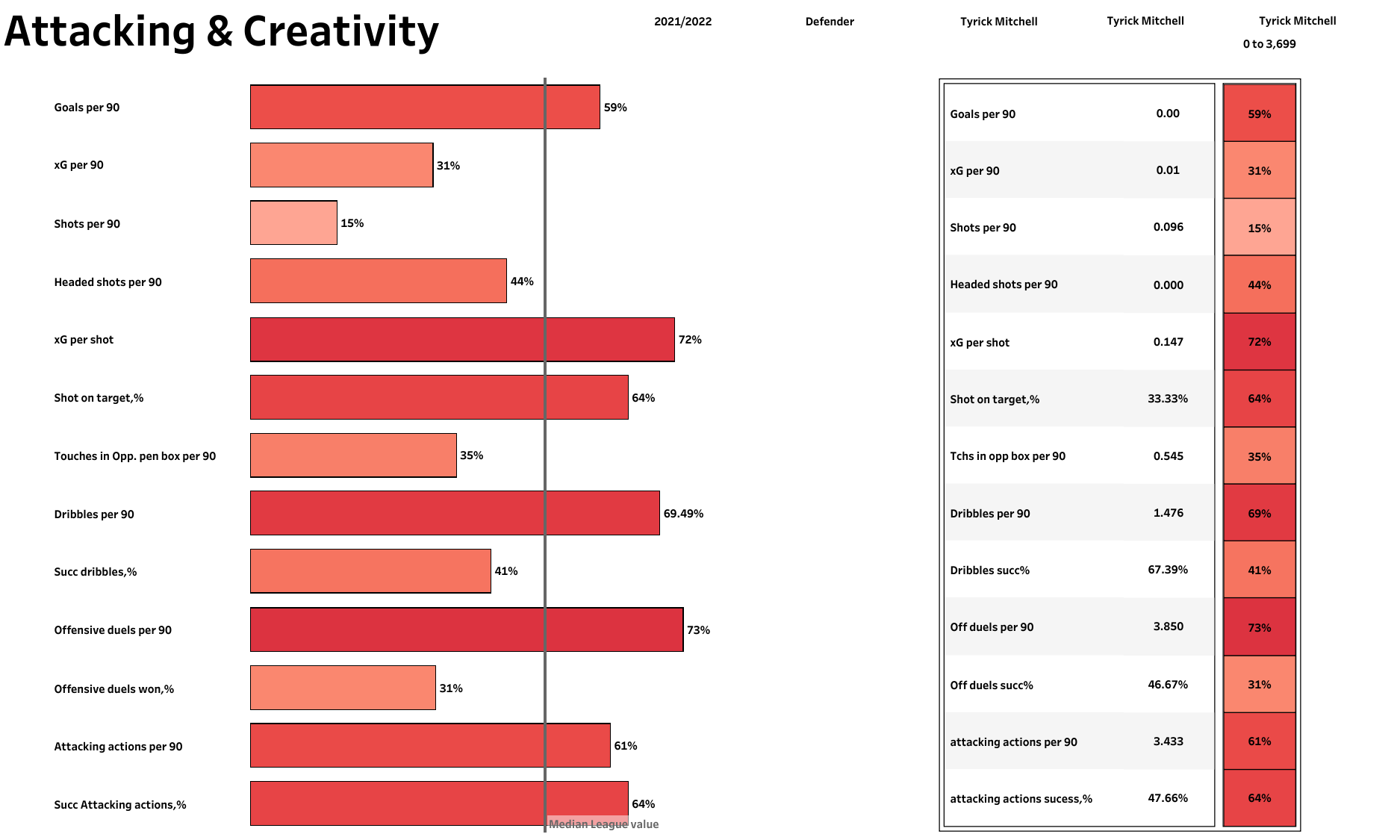 Pep demands a lot from his full-backs and expects them to have great offensive attributes. Mitchell is a huge threat from the left flank in the opposition’s half and can also put great balls into the penalty area. He is still playing more defensively under Vieira and can be used more in the final third. He has only attempted 3.433 attacking actions per 90 minutes but has completed 47% of these actions. 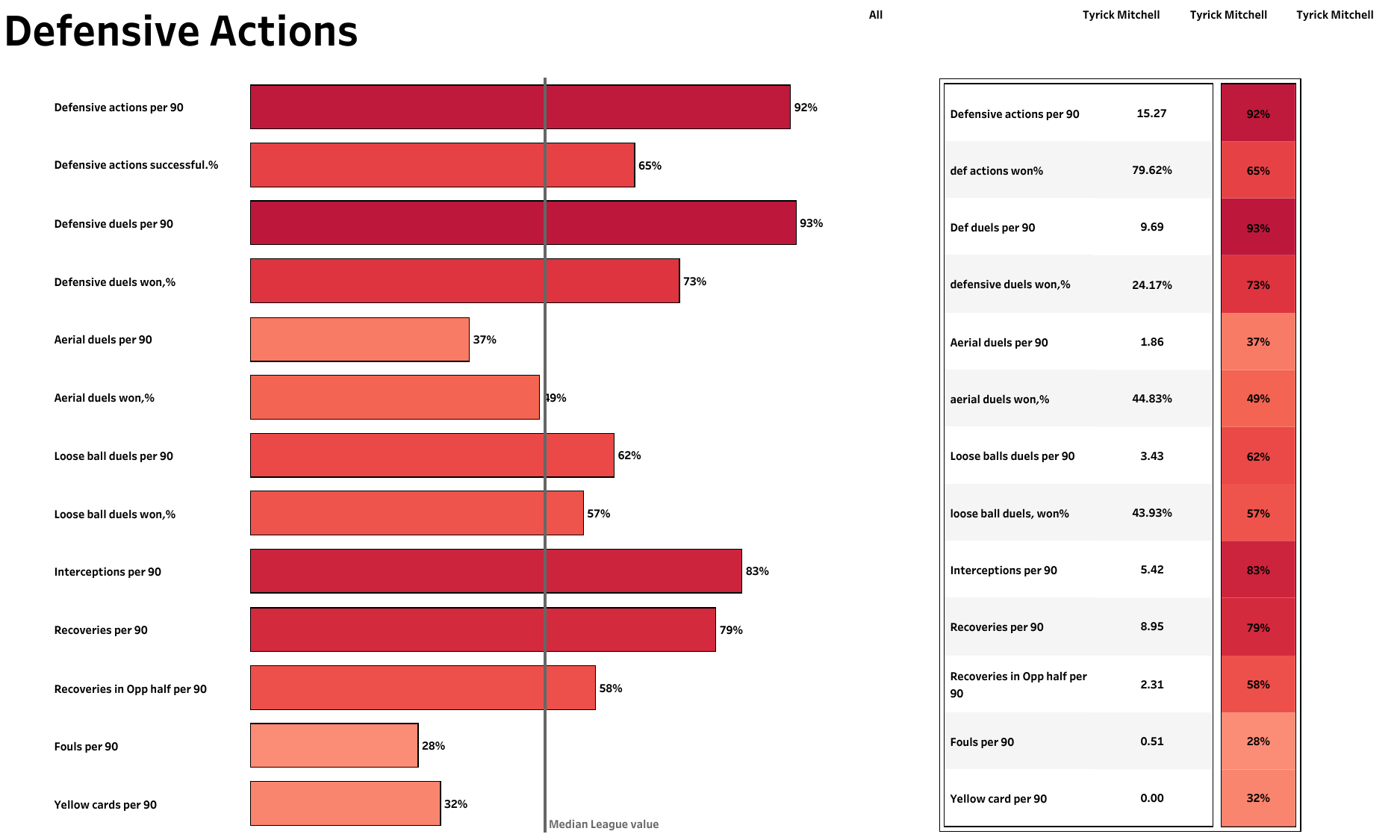 The above visual shows us the defensive metrics of Mitchell from the Premier League. Mitchell has played 29 games in the league and has been a regular starter. He has attempted 15.27 defensive duels per 90 minutes and has won 79% of these defensive actions. He has a very high success rate in winning defensive actions, and this indicates that he is very solid defensively. He has made 8.95 recoveries per 90 minutes and has also completed 2.31 recoveries in the opposition’s half. 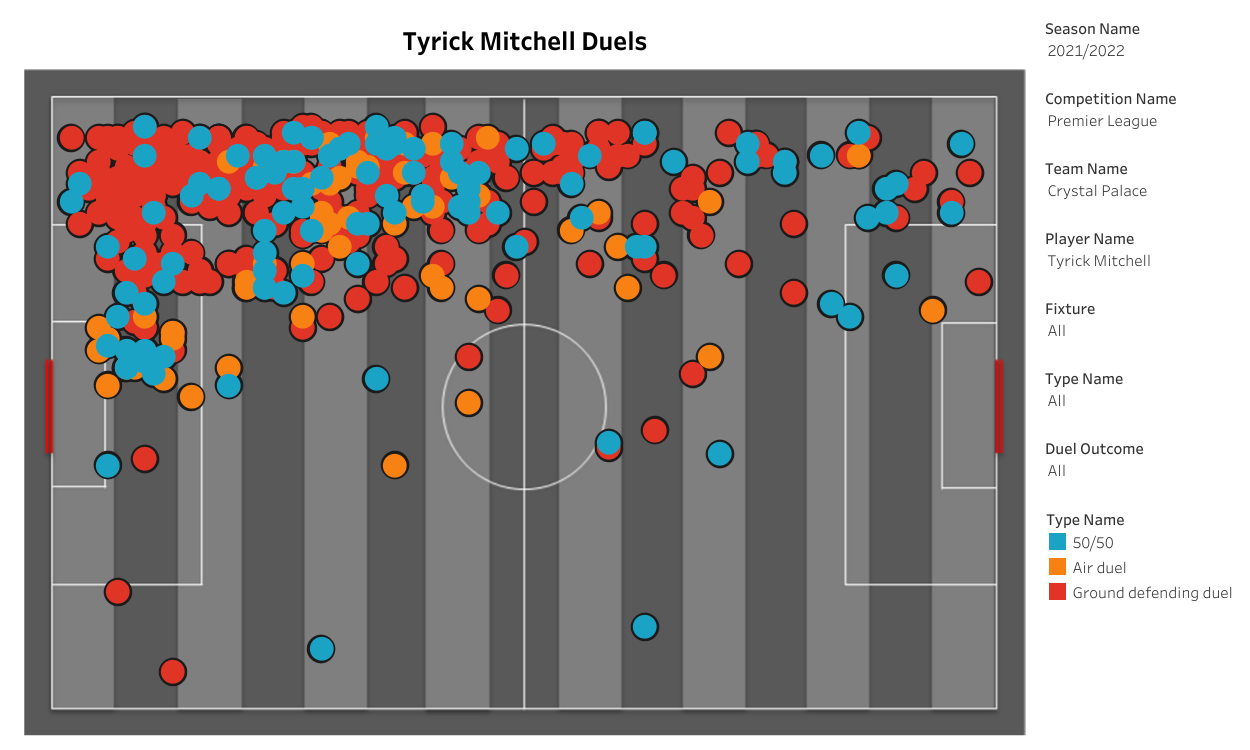 The above visual shows us the defensive duels Mitchell has attempted on the pitch. The viz indicates that he has won several of his duels higher up the pitch and can play a style of play in which the team presses their opponents in their half. This can be ideal for Guardiola as he needs a left-back who has the running capacity to do so. He has a very high success rate in winning aerial and loose ball duels. 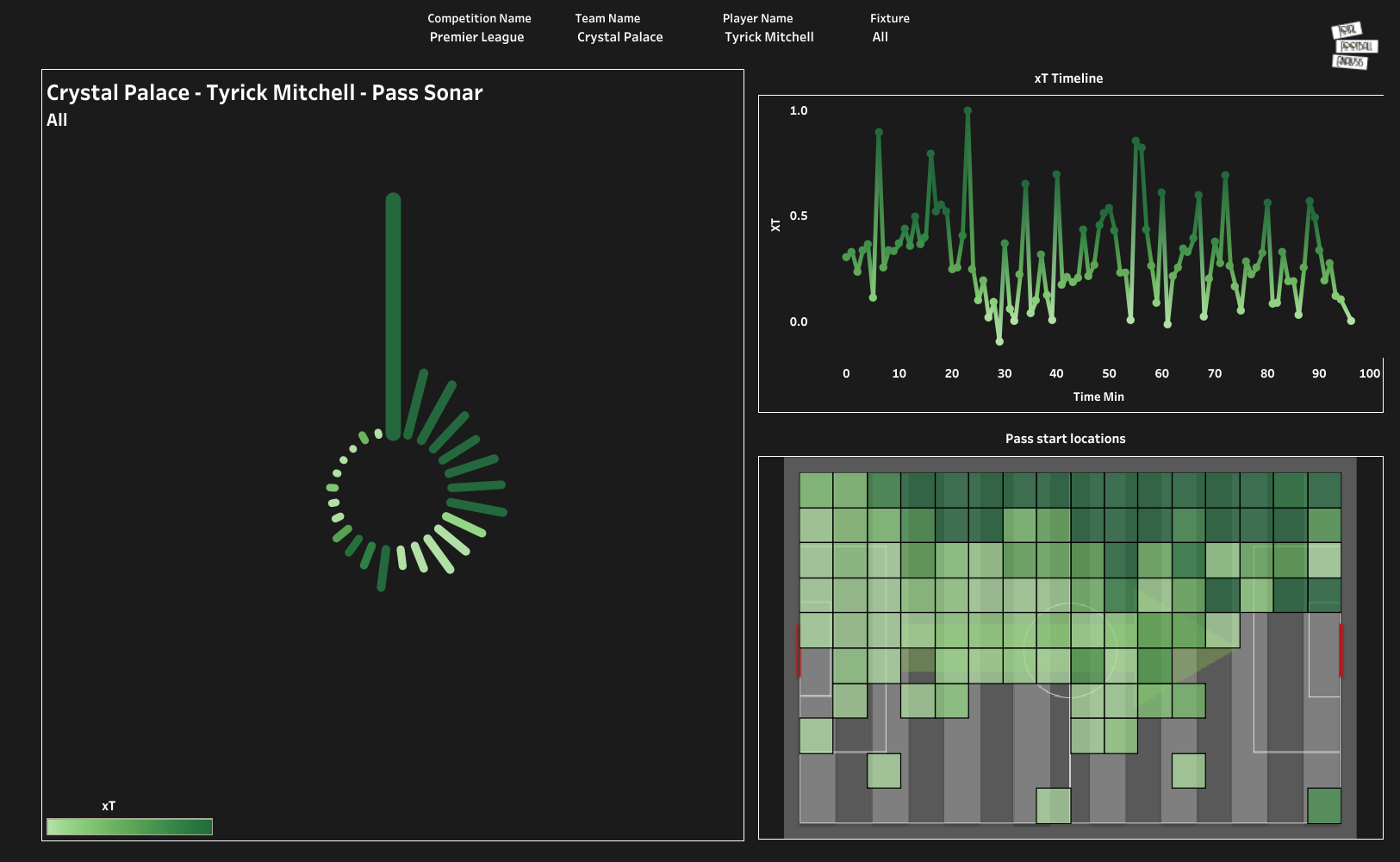 The pass start locations suggest that the left-back can be a major threat in the final third and can deliver good crosses into the box. Mitchell is an excellent ball carrier who can drive with the ball in the opposing half. As he plays on the left side of the field, the majority of his passes have been forward or to the right.

In the last 12 months, Joao Cancelo has secured his place at left-back and established himself as arguably the best in the Premier League. This season, the Portuguese defender has become one of Guardiola’s first names on the team sheet, helping Manchester City to the top of the Premier League. Cancelo is naturally a right-back and could be moved back to that position next season, with Kyle Walker in need of cover and competition. This could lead to the Sky Blues investing in a left-back this summer, and if Mitchell is the right fit, the club must do everything possible to secure him at a reasonable price.