Jude Bellingham is one of the hottest properties in English football. The Borrusia Dortmund midfielder is linked with a move to top European clubs in the summer. The 19-year-old made the move to Borussia Dortmund from Birmingham City in 2020. A lot of clubs were after him at that time, but the midfielder chose to move to the German club. One of the teams interested in buying the midfielder is Chelsea. The Blues tried to sign him earlier but failed. Now, they are once again in the race to sign him. 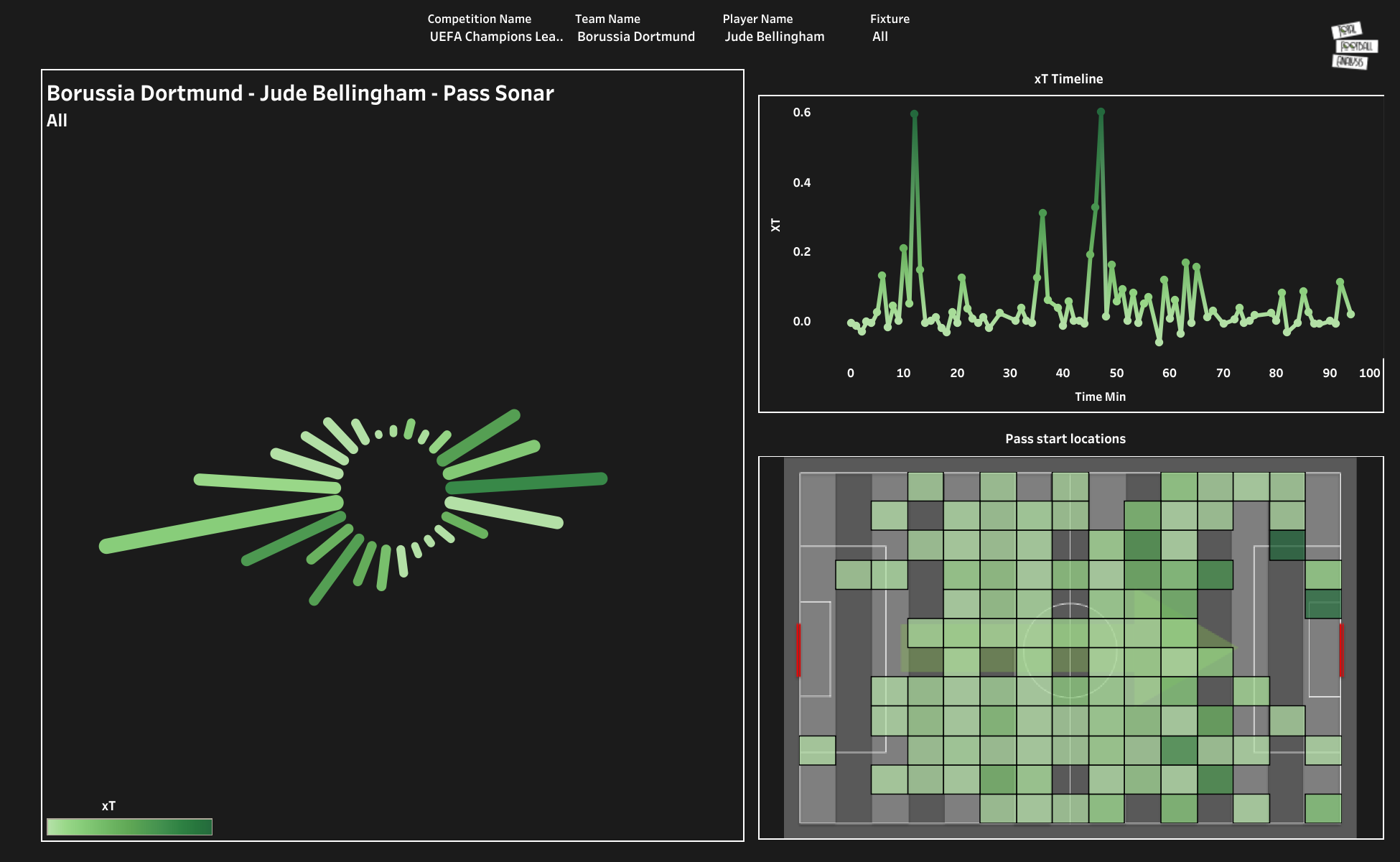 Bellingham has now become an England international player after some impressive performances at the club level. Last season, the midfielder appeared in all six group matches of the UEFA Champions League for Dortmund. He scored a goal and provided three assists. The above viz shows the pass start location and the threat created from passes at different time intervals. Bellingham was everywhere in the midfield and attempted a few passes from the attacking third.

The 19-year-old attempted 44.41 passes per 90 minutes with an accuracy rate of 84.7%. These passes included 6.10 passes into the attacking third with an accuracy rate of 80.56%. Jude Bellingham attempted one cross, 2.2 smart passes, and 1.1 through passes per 90 minutes. He showed a lot of variety in his passing and created constant threats for his team. 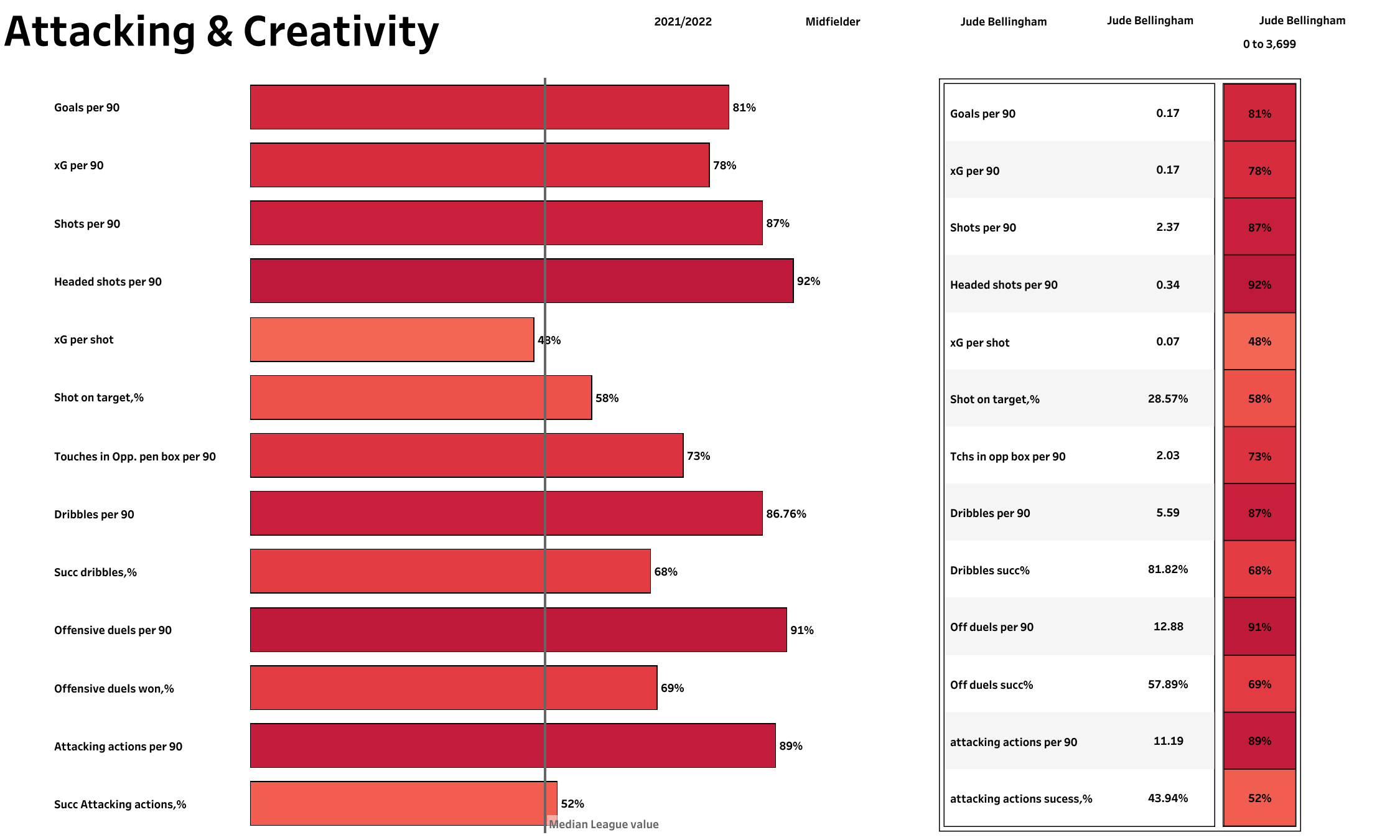 When looking at the above chart, the general rule is that the longer the bar, the better the performance — you can see the league average in the middle, and the % is the percentile rank the player is in. The above viz shows the attacking stats of the player along with the percentile rank in comparison to other players in the competition. Bellingham averaged 11.19 attacking actions per 90 minutes with a 44% success rate. The midfielder attempted 33 dribbles and had an 81.82% success rate. The player is also a high presser and has contested around 13 offensive duels per 90 minutes. The above viz shows that the youngster was one of the best midfielders in last year’s competition. 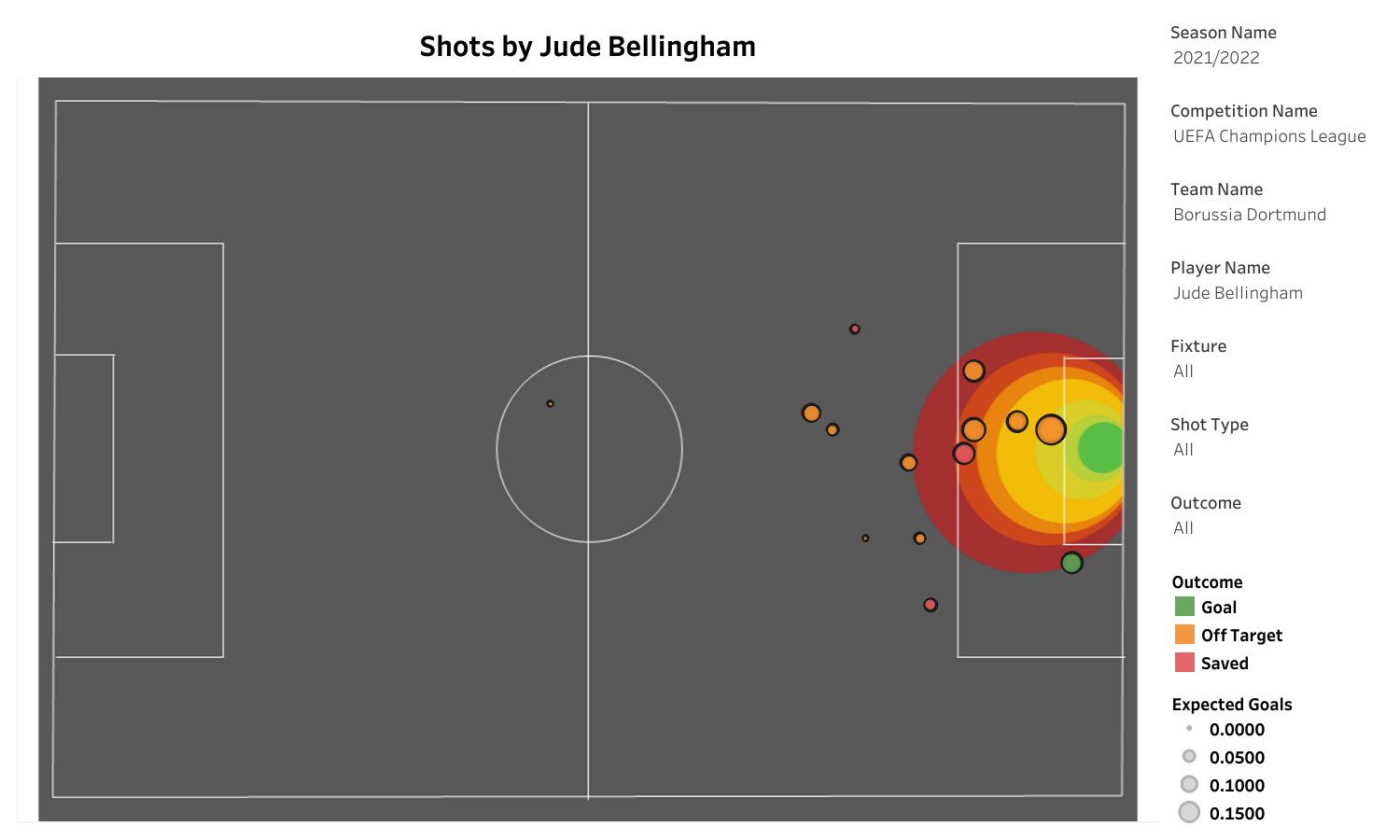 The 19-year-old was involved in 12.7 defensive actions per 90 minutes with a 73.3% success rate. He made 27 interceptions and 37 recoveries. Of these 37 recoveries, 22 were made inside the opposition’s half.

The central midfielder is one of the best young players in modern-day football. He has a huge price tag, and Chelsea need to invest a lot of money to acquire his services. They will try to persuade the youngster to come to London for the next season.