For years until Ruben Dias’ arrival, Manchester City have had problems at the centre-back position. But since the Portuguese man’s consistent performances, the centre-back issue seems to have been solved. However, with the possible departure of Nathan Ake to Chelsea, the Cityzens may need to bring in a replacement. There are a number of alternatives to the Dutchman, but they may not come cheap, especially knowing that they would be behind at least Dias and Aymeric Laporte, if not, even John Stones. However, Croatia’s and RB Leipzig’s Joško Gvardiol might be an option if Ake leaves. 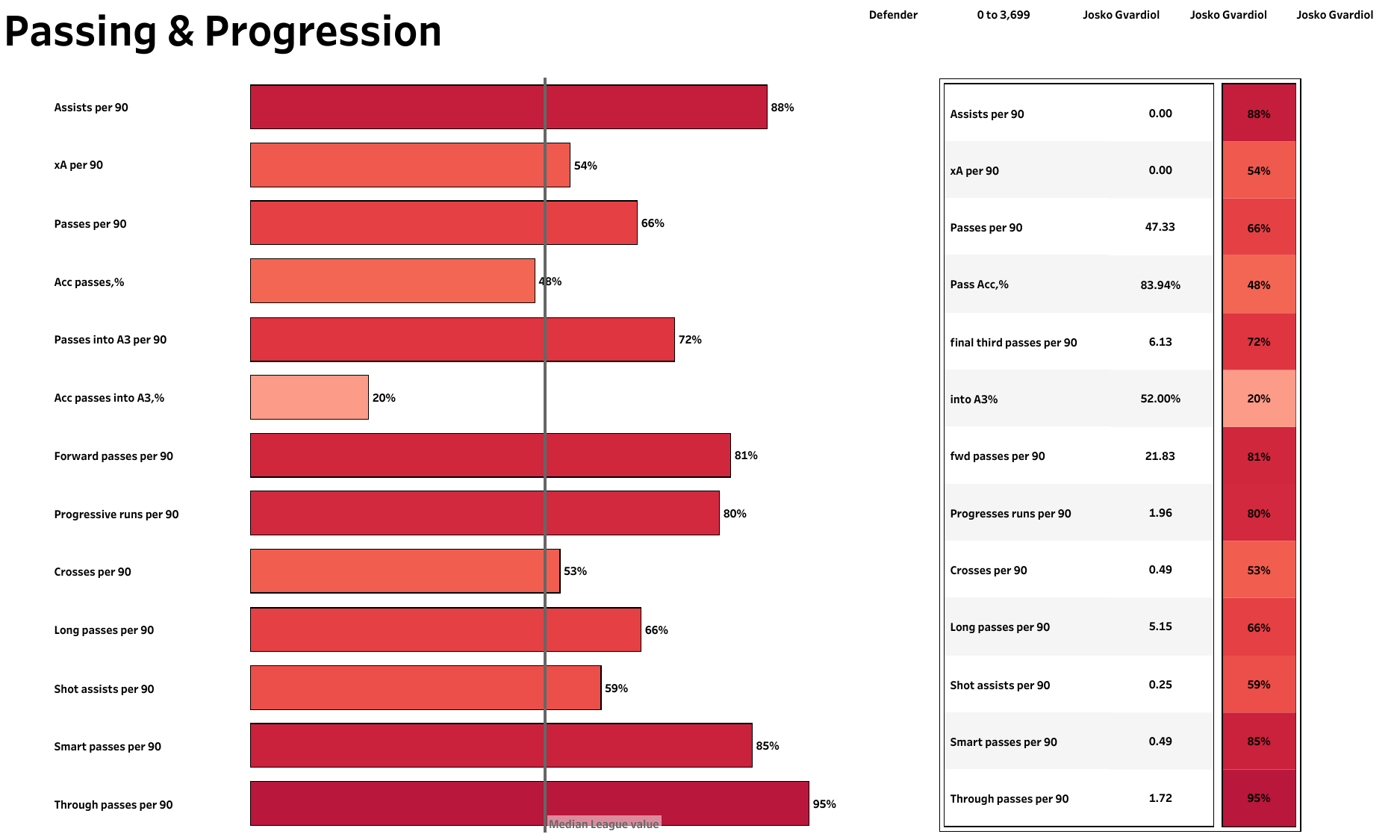 Gvardiol featured in 46 games across all competitions for RB Leipzig last season, including all six in the UEFA Champions League. He was one of the more important players despite not scoring or assisting even once. He attempted more than 47 passes per 90 at an accuracy of nearly 84%. However, the Croatian’s ball progression ability was not among the top centre-back as he found a teammate in the final third on only 52% of the occasions, which placed him in the bottom quintile. But he did make 0.49 smart passes per 90 and 1.72 through balls per 90, which were good enough for the top 15% and top 5%, respectively. 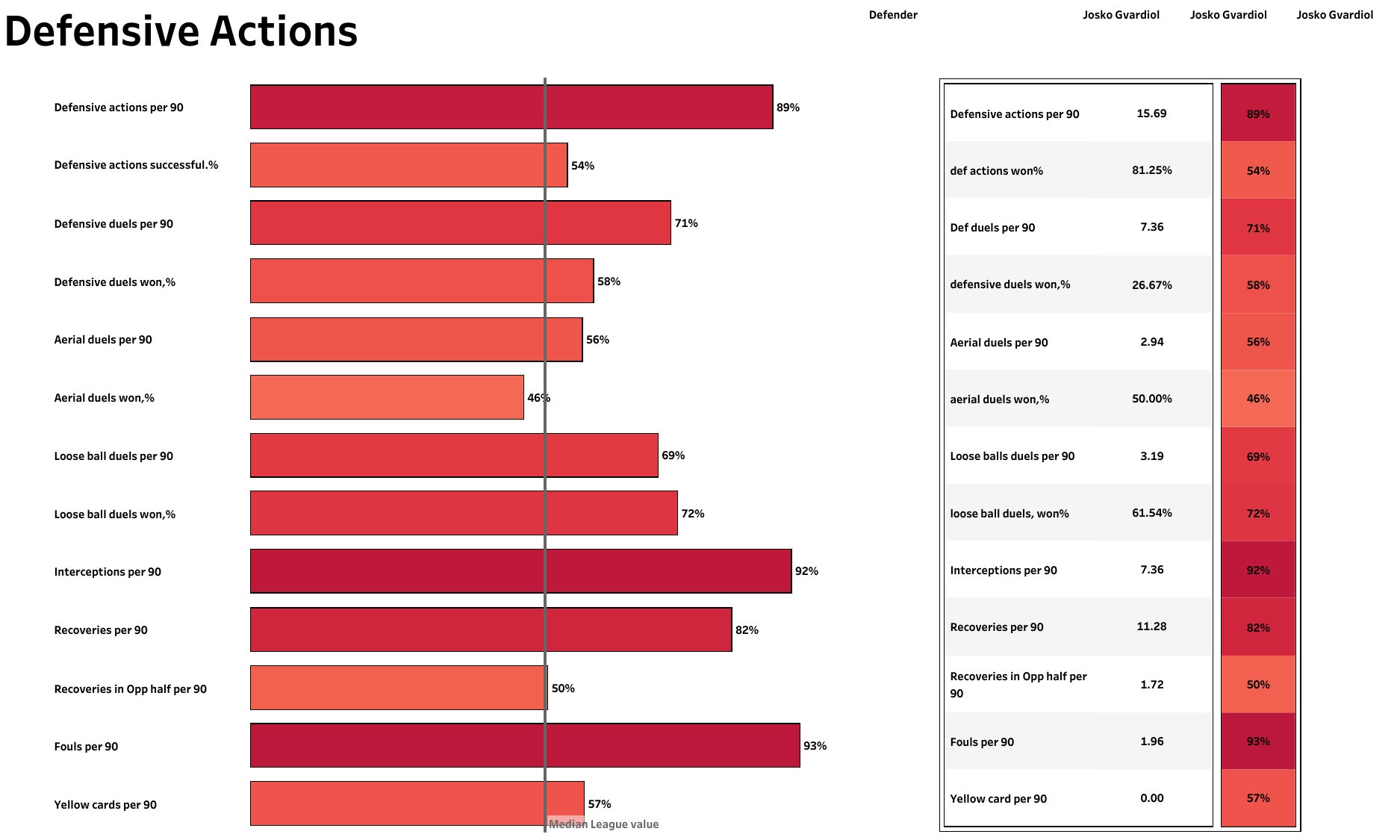 Gvardiol attempted close to 16 defensive actions per 90, which put him in the top 11% of defenders. His win rate of 81.25% for this category was marginally above the median value. He competed in more than seven defensive duels per 90 and succeeded in almost 27% of them. One possible area of weakness could be his aerial ability as he won only 50% of his aerial duels, putting him in the bottom half of this category. This is despite the Croatian standing at 185 cm tall. With 3.19 loose ball duels attempted per 90 and a success rate of 61.5% for the same, he was placed in the upper third in both categories. He made a whopping 7.36 interceptions per 90 and 11.28 recoveries per 90, showing his defensive awareness. 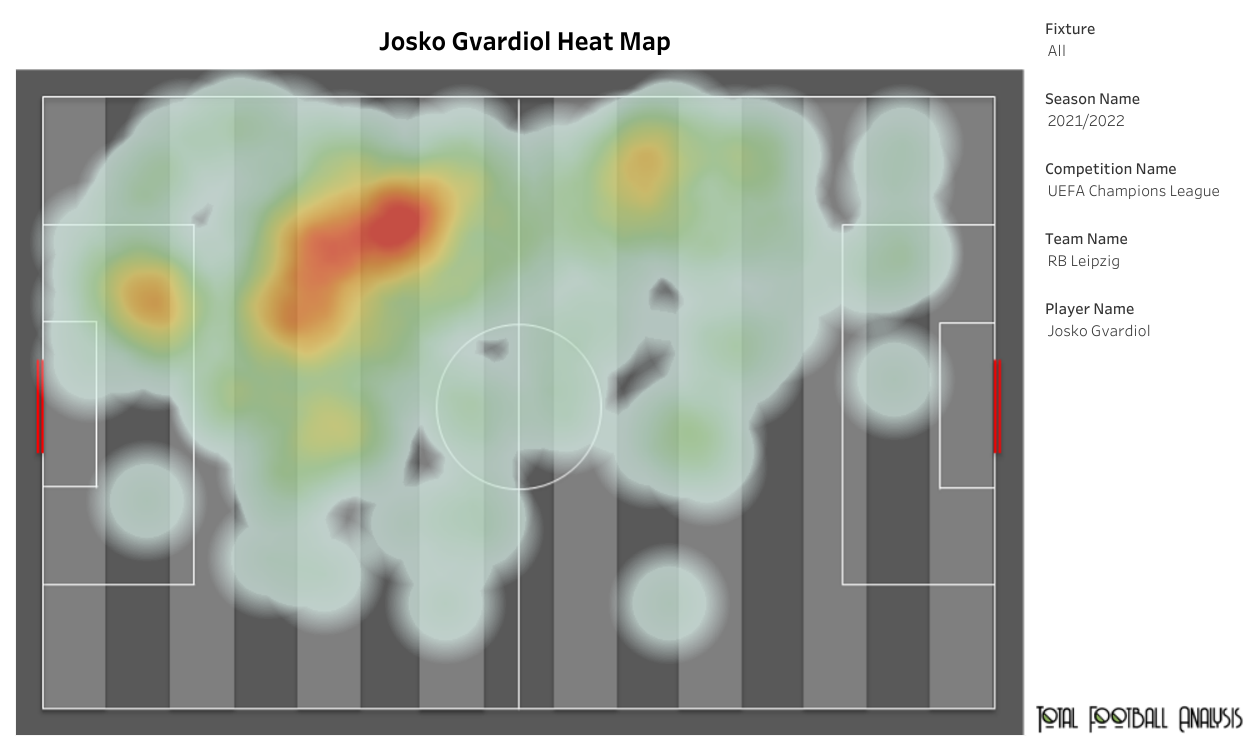 Gvardiol was most active for RB Leipzig in the defensive third, though he sometimes ventured into the midfield. As a left-sided centre-back, he also covered for the left-back whenever the latter made advancing and overlapping runs into the final third from deep. He attempted 10.5 pressures per 90, 4.86 tackles and interceptions per 90, 2.97 clearances per 90 and 1.89 blocks per 90. 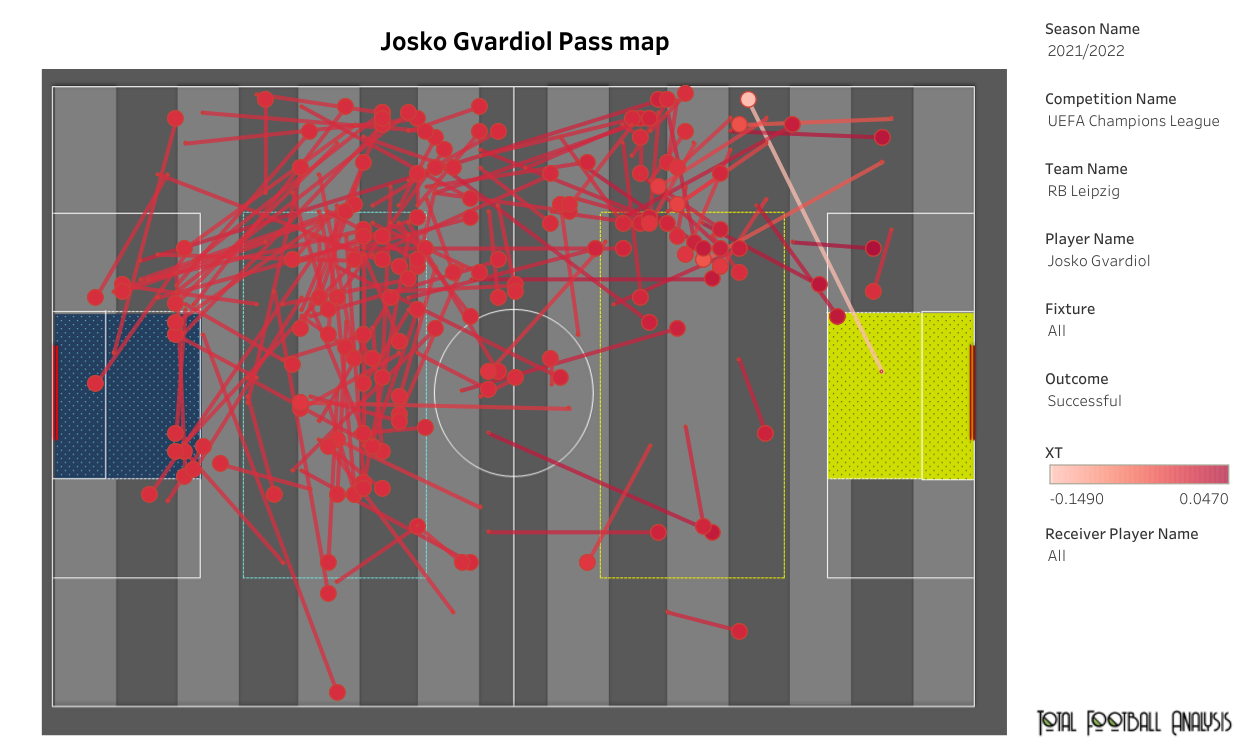 Joško Gvardiol has been in demand across most of the elite clubs in Europe. His UEFA Champions League season may have been good, but his Bundesliga campaign was even better, according to FBREF stats. Should Nathan Ake leave the Etihad Stadium, the Croatian might be the ideal replacement and could even usurp John Stones in the pecking order.