Mikel Arteta continues to target players as the Gunners target West Ham United forward, Jarrod Bowen. The 25-year-old was signed by Hull City in the winter transfer window of the English Premier League 2019/20 season. He has shown consistency since signing for the Hammers, and this earned him his first international cap for England. Bowen has gained the interest of a few clubs, and the Englishman could be on the move in the summer. Arsenal are one of the teams that are interested in signing the forward. 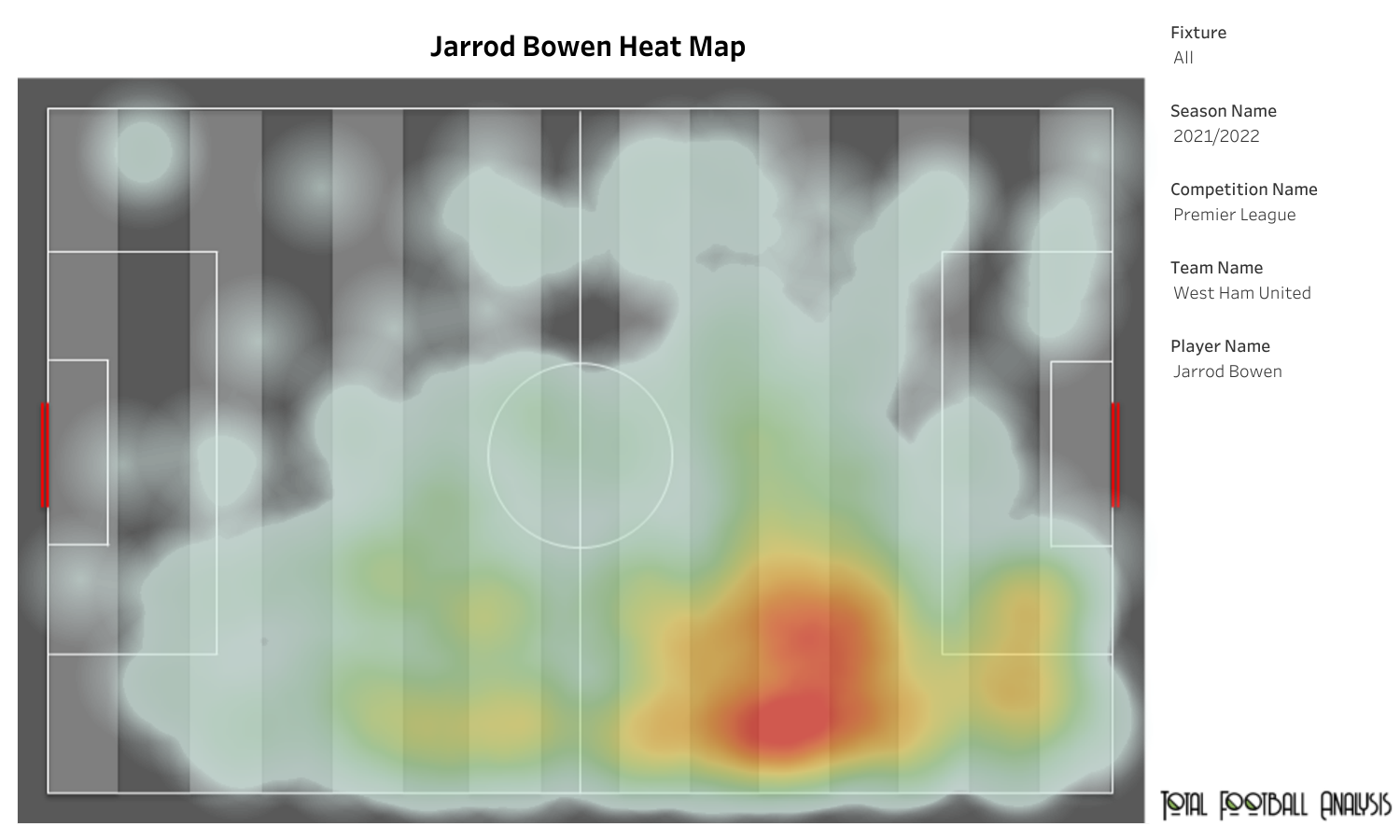 Bowen was the most consistent player for West Ham United last season. The above viz shows the heat map of the player in the English Premier League. He featured in 36 games for the Hammers, and two of them came off the bench. Bowen managed to find the back of the net 12 times and assisted his teammates ten times. He played a very high attacking line on the right wing. He often penetrated the opposition’s penalty box and averaged 3.36 touches per 90 minutes inside the penalty box. 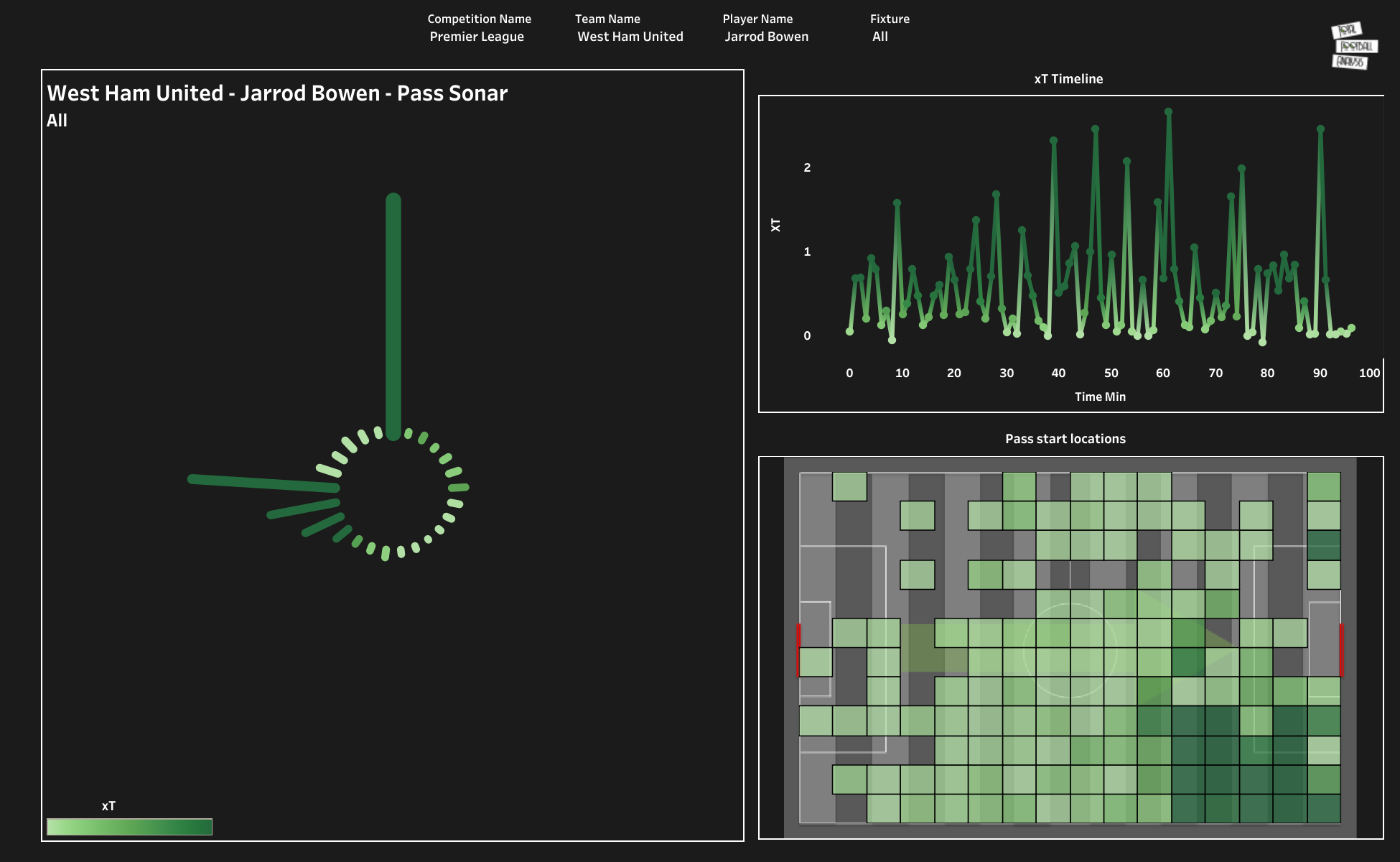 The former Hull City man averaged 19.7 passes per 90 minutes with a low accuracy rate of 75.93%. The above viz shows the pass start location as well as the threat created from passes at different time intervals. It can be observed that the forward created more threats from the flanks. He attempted a few passes from inside the opposition’s penalty box and found his teammates on most of the occasions. Most of the passes were directed towards right-back, Vladimir Coufal. 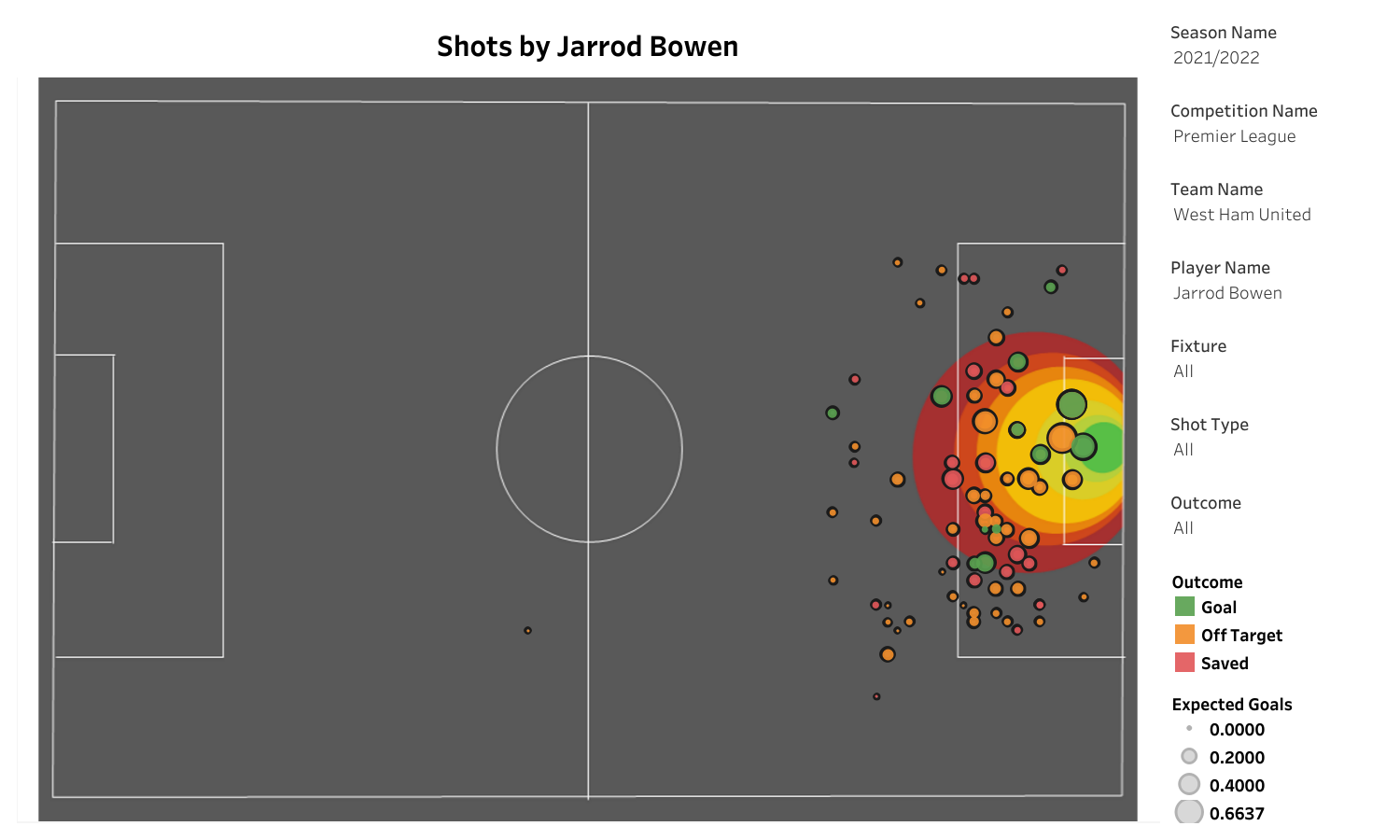 Bowen was involved in 8.72 attacking actions per 90 minutes with a success rate of 41.8%. The above viz shows all the shots that were attempted by the forward. He averaged 2.24 shots per 90 minutes with an accuracy rate of 42.5%. Bowen likes to cut inside to attempt his shots towards the opposition’s goal, which is what most wide players like to do nowadays. Bowen did this consistently this season and carried a lot of attacking threats.

The West Ham United forward made some crucial contributions and helped his team to a top-half finish. He also contributed to his side’s run to the semi-final stage of the UEFA Europa League. Arsenal will be competing in the same competition next season, and Jarrod Bowen could be a handy addition for a long season.