Recently, Chelsea have been one of the most active teams in the transfer window. They were getting criticised for their business this time, but Thomas Tuchel’s team waited till the end to confirm some deals. Chelsea’s most significant loss of the season was their powerhouse centre-back, Antonio Rüdiger, who made a transfer to Real Madrid. The Blues signed Napoli defender Kalidou Koulibaly permanently and have also added Raheem Sterling’s experience to their attack. Last season, Chelsea signed Romelu Lukaku for his second spell at the club, but the move failed, and he moved back to Inter Milan on a loan spell. Now, Chelsea are without an out-and-out striker and need a player who can regularly score goals in the number nine role. One of the players they are considering for this role is Leicester City’s Jamie Vardy. The Englishman has one of the best goal-scoring records since playing in the English Premier League. Some of the stats and visuals below show why Chelsea are doing the right thing by making a move for the striker.

Vardy suffered injuries last season, and that led to just 25 appearances in the English Premier League. However, the striker was prolific as he scored 15 goals in these limited games and none of the goals came from the penalty spot. In the 2020/21 EPL season, the striker scored the same number of goals in 34 appearances. 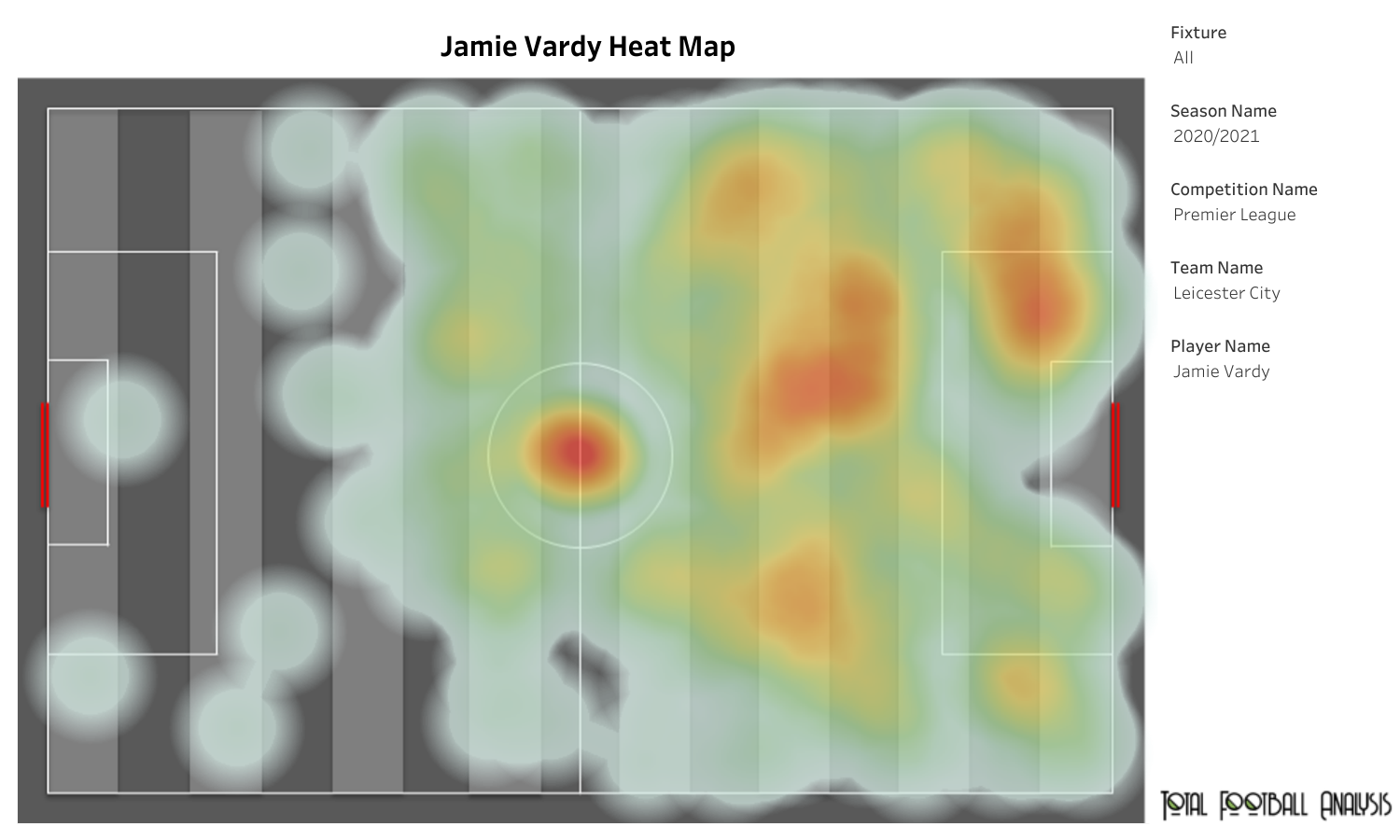 The above viz shows the striker’s heat map in the 2020/21 season. Vardy has the pace to run past the defenders. We can observe that the striker can be seen in every possible area inside the opposition’s half. He likes to stretch the defence and is an asset during counterattacks. 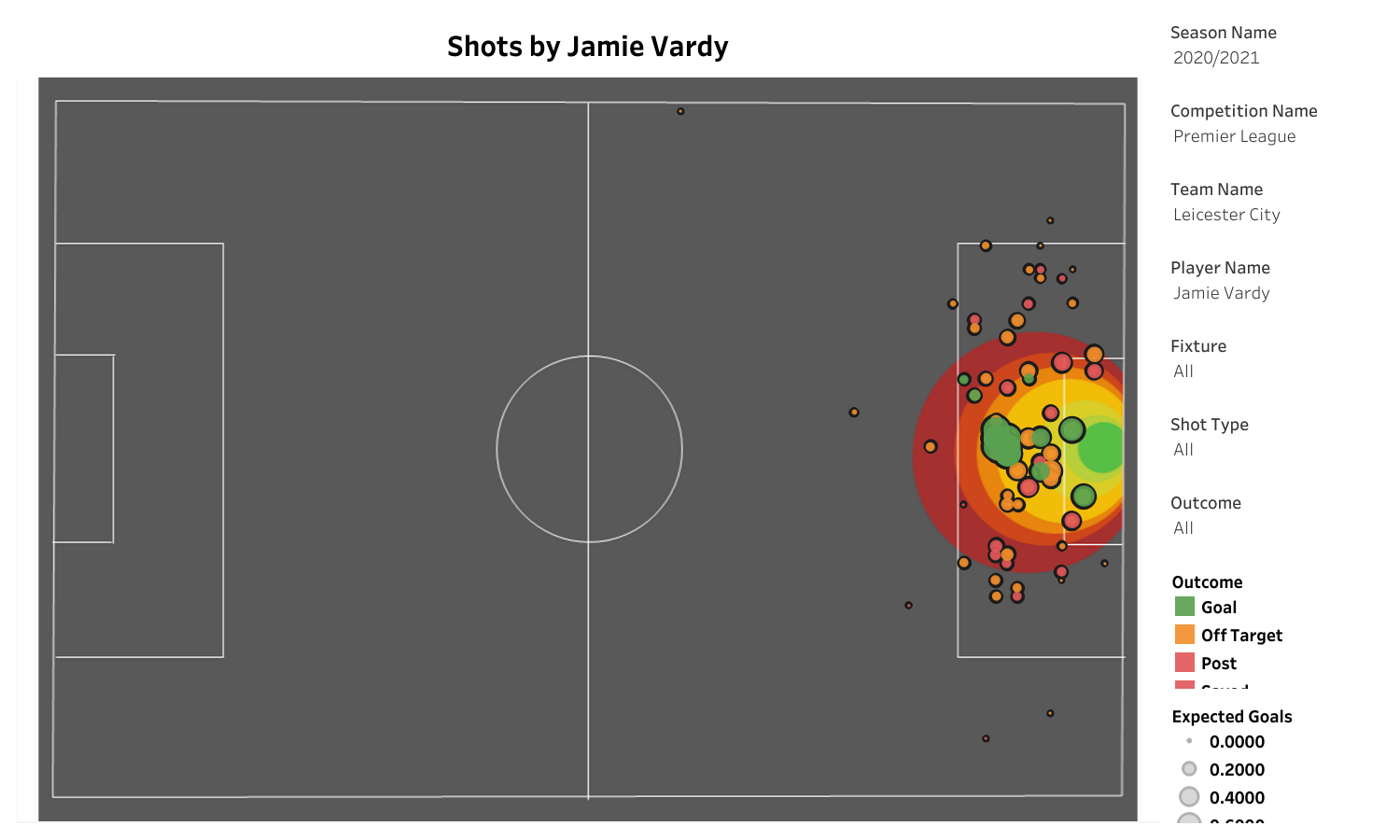 The above viz shows his shot map from the 2020/21 season. Vardy scored most goals from the penalty spot in that season. It can be noticed that Vardy either takes shots when he is one on one with the keeper or he gets behind the passes delivered by teammates inside the opposition’s penalty box. His pace and instinctive finishing allow him to find space between the defenders, and Vardy scores many tap-in goals, like many top strikers do. 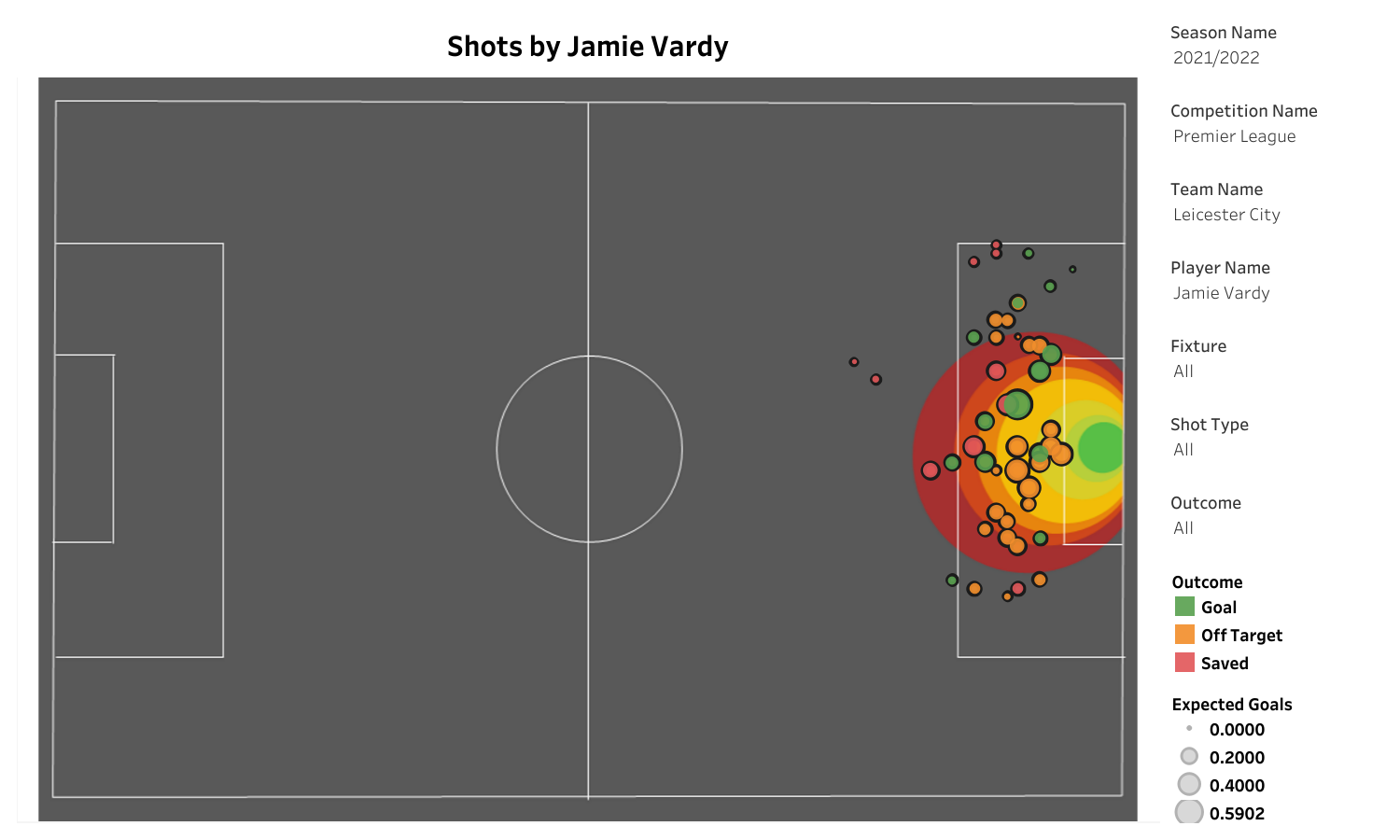 If we look at the 2021/22 season shot map, we can observe that Vardy once again scored all the goals from inside the penalty box. Last season, he was more prolific from the left side and scored most of his goals from that direction. However, the striker failed to hit the target on some opportunities presented in front of the goal. 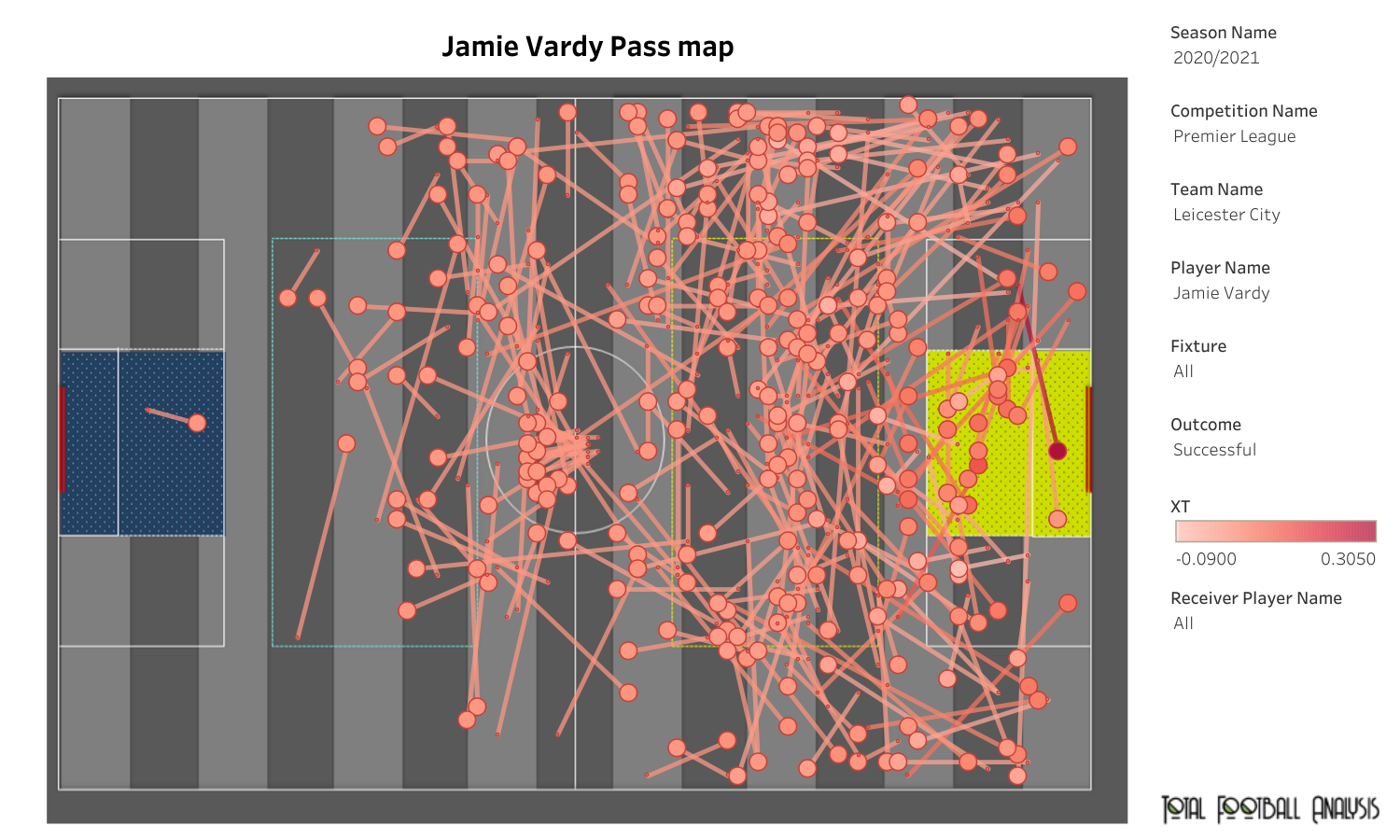 Vardy provided nine assists in the 2020/21 season and two in the last season. The above viz shows all the passes that he successfully delivered. Vardy found his teammates inside the opposition’s penalty box by delivering some low crosses and passes. This shows that the Englishman can link play for the Blues and form a partnership with other attacking players.

Chelsea could benefit a lot by signing the former England international striker. He has scored 133 goals in 270 English Premier League appearances. The striker is 35 years old and would be a great addition for a short spell. Chelsea will monitor the situation and make a bid accordingly.

The post Transfer Talk: Jamie Vardy – How Chelsea’s gamble on the striker could help them clinch a trophy appeared first on Football analysis, news, betting and opinion from Chelsea.