Despite missing out on their seventh Champions League crown, Liverpool have already made moves to strengthen their squad ahead of the next season. The Reds have already confirmed the signing of Fulham teenage sensation, Fabio Carvalho. And they could be ready to pounce on another one this summer. Barcelona’s Pablo Martin Paez Gavira, known as Gavi, has been linked to a switch to Anfield for a few weeks now. The 17-year-old midfielder’s contract expires in June 2023. In this article, we will take a look at Gavi’s profile and assess whether a move to Liverpool would benefit him. 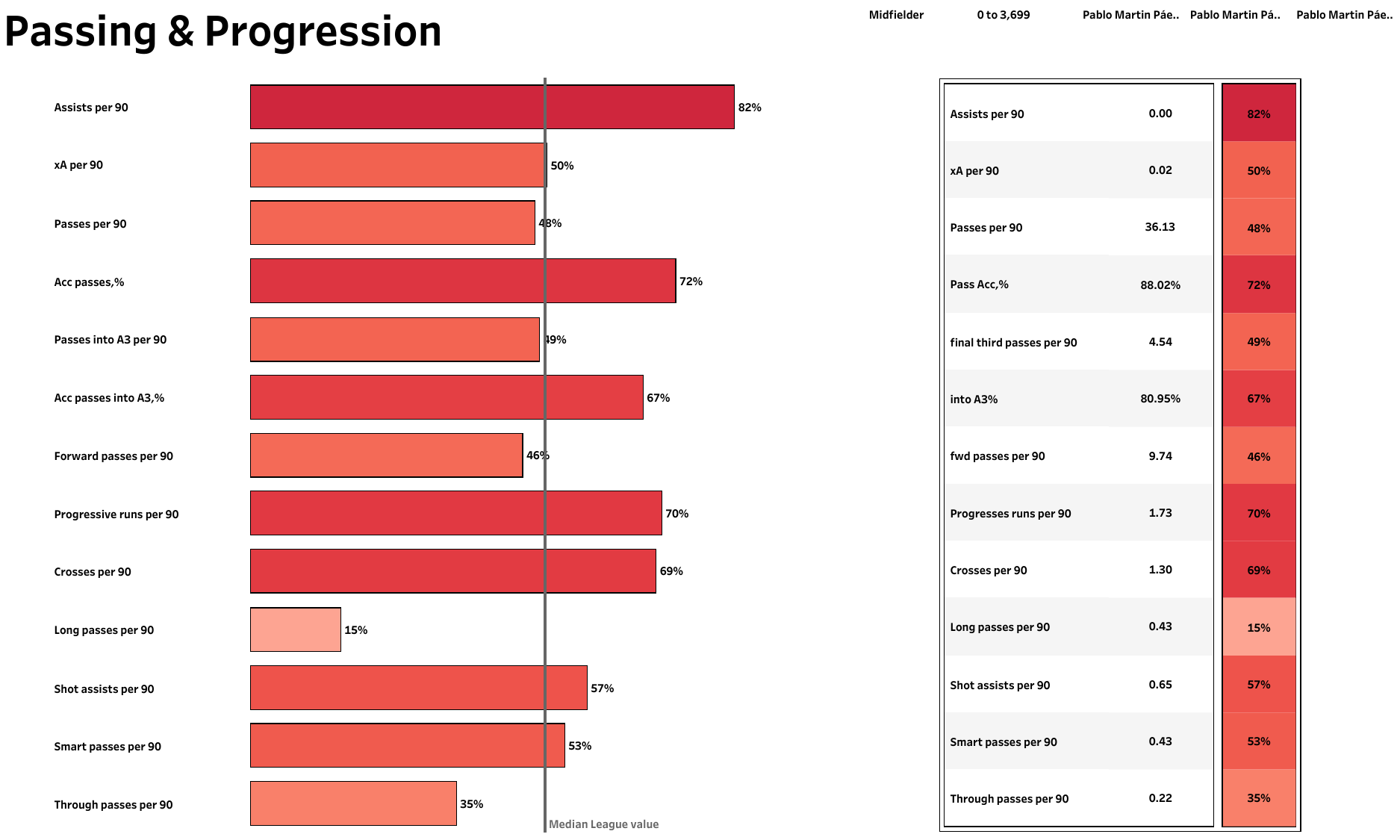 Gavi played all six games for Barcelona in the recently concluded UEFA Champions League season as they were shockingly eliminated in the group stages and dropped to the Europa League. The Spaniard played a total of 397 minutes in the competition making four starts in the process. The Andalusian-born midfielder attempted 36.13 passes per 90, completing 88% of these passes. He can progress the ball well if needed, as shown by his pass accuracy into the attacking third, which is nearly 81%. The teenager has made 1.73 progressive runs per 90 in the competition. 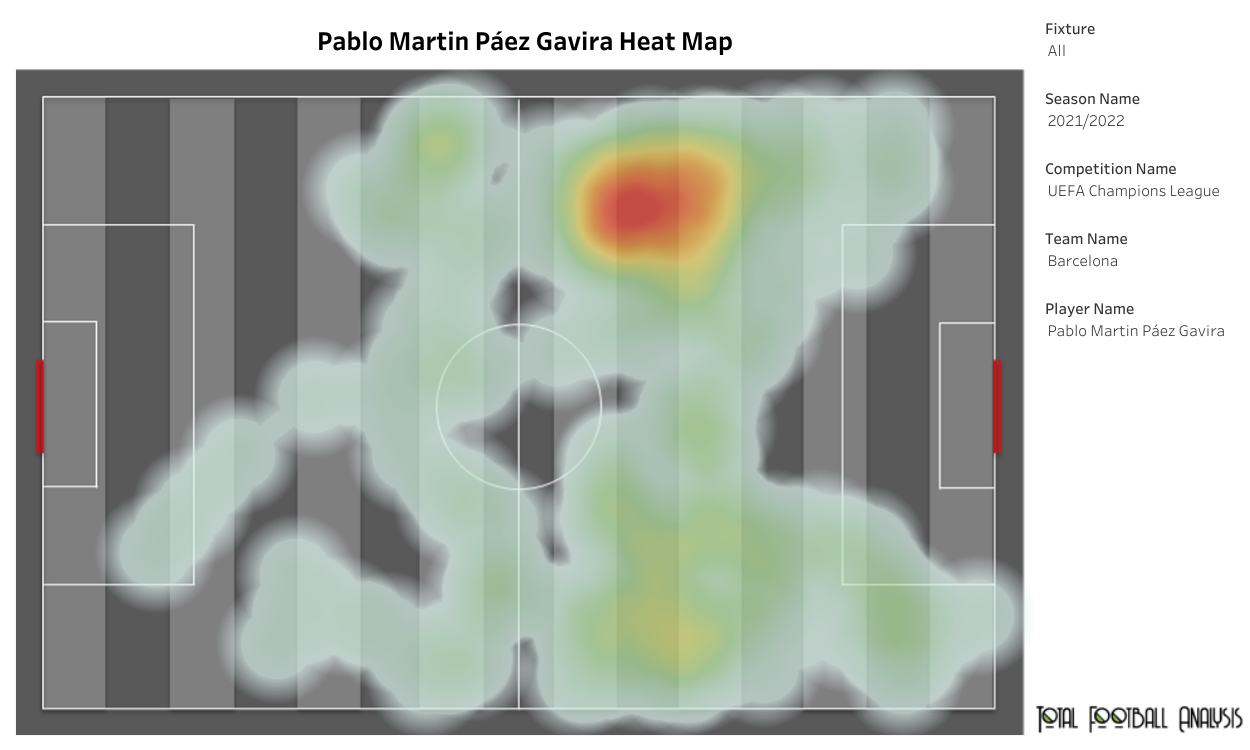 Seen in the above visual is the heat map of Gavi for Barcelona in the UEFA Champions League this season. Gavi was at his best when he played on the left-hand side of the midfield, specifically on the left-centre of midfield. The 17-year-old completed 15 progressive passes, 13 passes into the final third and six passes into the opposition’s penalty area.

In addition to this, with the ball at his feet, the La Masia graduate has completed 19 progressive carries and 10 carries into the attacking third. Defensively, Gavi has worked incredibly hard off the ball for the Catalan giants. He attempted 135 pressures (of which 43 were successful), completed nine tackles and blocks each and made four interceptions. The former Real Betis youth academy player did all of this in the 397 minutes he was given on the pitch.

Gavi made a breakthrough in the Barcelona midfield this season, dislodging the likes of Sergi Roberto and Miralem Pjanic from the starting XI. He has found the back of the net twice and provided five assists in LaLiga in this campaign. With Sergio Busquets turning 34 next month, Pjanic unwanted and Frenkie de Jong possibly leaving Camp Nou to join Erik ten Haag at Manchester United, the Blaugrana president, Joan Laporta, is very keen on offering the man, who will turn 18 this August, a new contract as they look to secure their future. Moreover, at Liverpool, he would face stiff competition from a host of established names like Naby Keita, Thiago Alcantara, and Jordan Henderson, to name a few.