Chelsea are interested in signing Manchester City forward Gabriel Jesus, who will likely leave the English Premier League champions in the summer. Thomas Tuchel is also looking to rebuild the team following the exit of a few players. Romelu Lukaku, Hakim Ziyech, and Christian Pulisic are also about to leave the Bridge. Chelsea signed Lukaku from Inter Milan for his second spell at the club. However, the forward failed to make an impact and the Blues are ready to sell him. Now they are looking to replace him with Gabriel Jesus.

Erling Haaland signed for Manchester City, which meant that Jesus became the second-choice striker in the team. The 25-year-old Brazilian struggled for game-time last season and, hence, he is planning to leave the club. He made 28 appearances in the English Premier League and eight in the UEFA Champions League. Of these 36 appearances, he started in 24 matches and came on as a sub in the other 12. This season, Jesus not only played in the number nine role but was also used as a right forward by Pep. 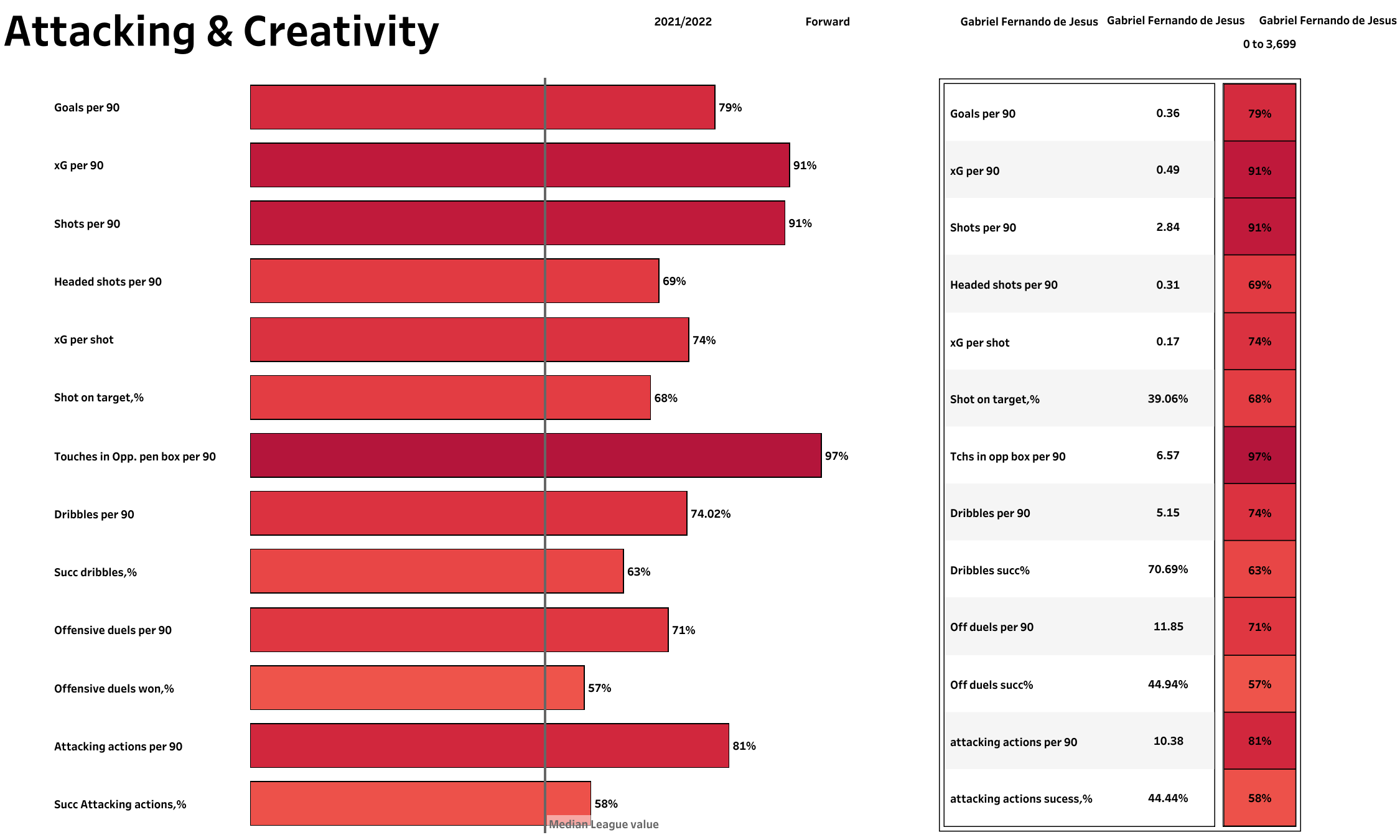 Jesus scored eight goals and provided the same number of assists. When looking at the above chart, the general rule is that the longer the bar, the better the performance — you can see the league average in the middle, and the % is the percentile rank the player is in. The above viz compares Jesus’ stats with those of other forward players in the league. It can be noted that the player had a high percentile rank for scoring goals and attempting shots per 90 minutes. He was involved in ten attacking actions per 90 minutes and had a success rate of 44.44%. The player also averaged 6.57 touches inside the opposition box, making him a threat towards the opposition goal. 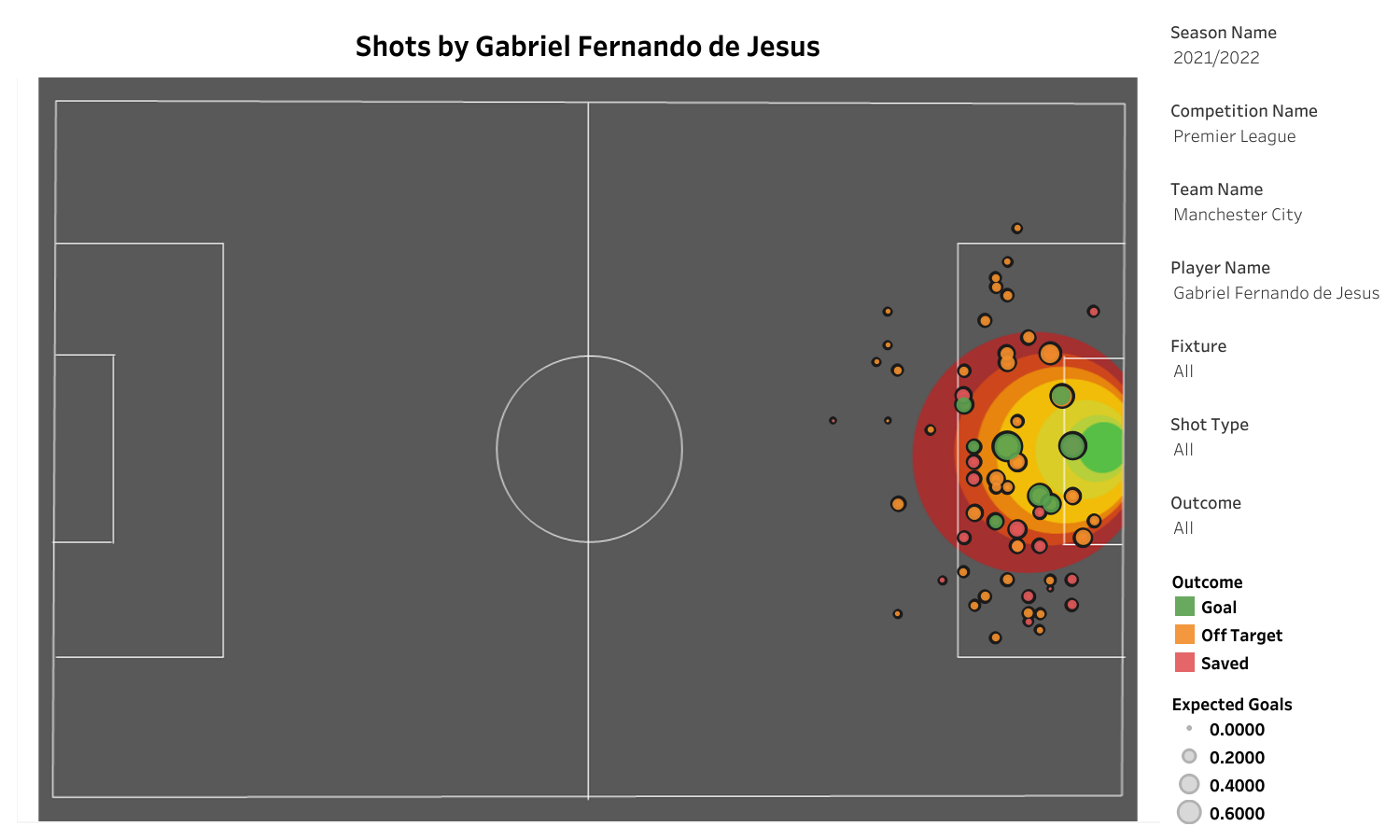 The Brazilian attempted 64 shots last season with a shot accuracy rate of 39.06%. The above shot map shows that most of the shots were attempted by the player from the right side. Jesus scored all the goals from inside the opposition’s penalty box. He took some dangerous positions inside the opposition’s penalty box and made some important touches that led to goals. The striker likes to make runs behind the defenders and convert every opportunity. 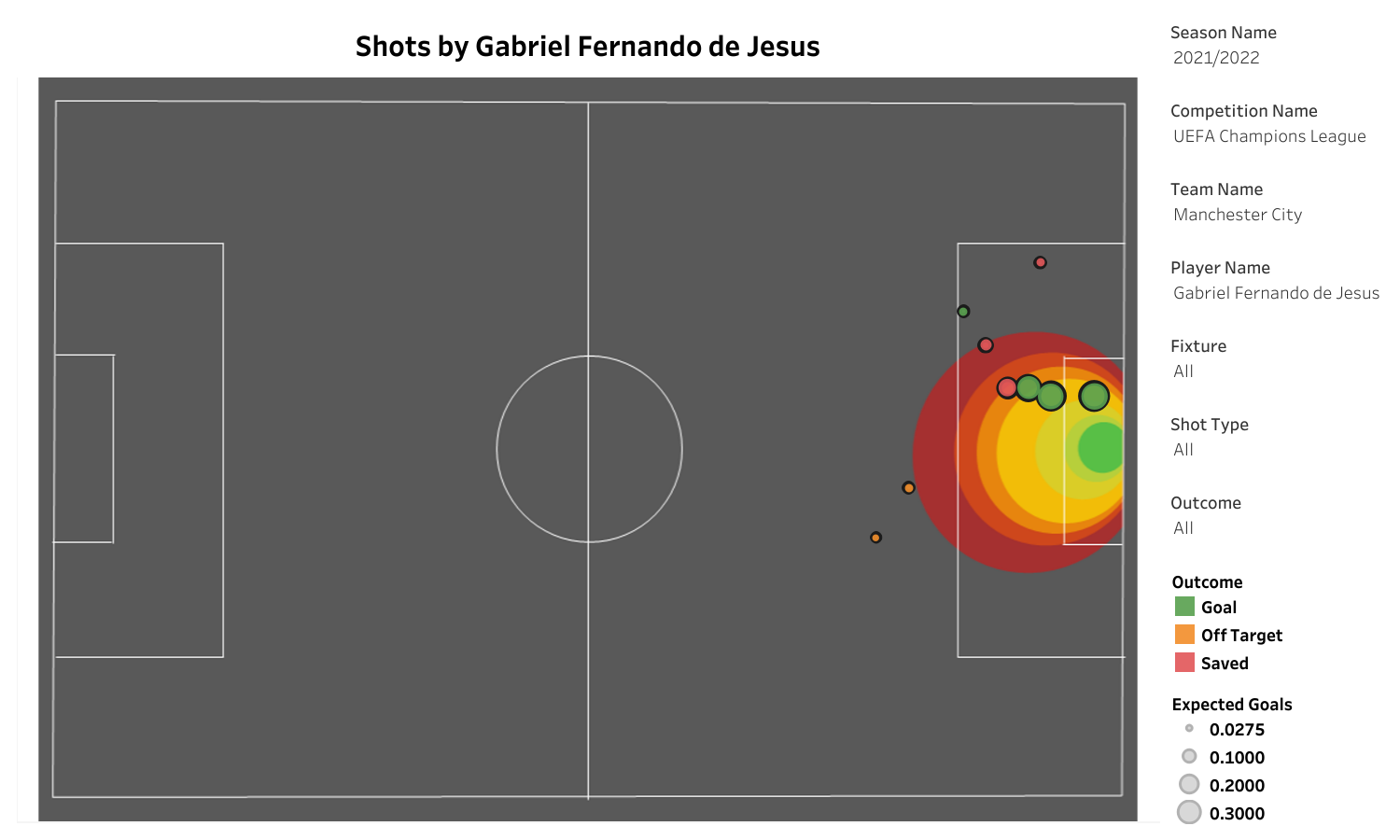 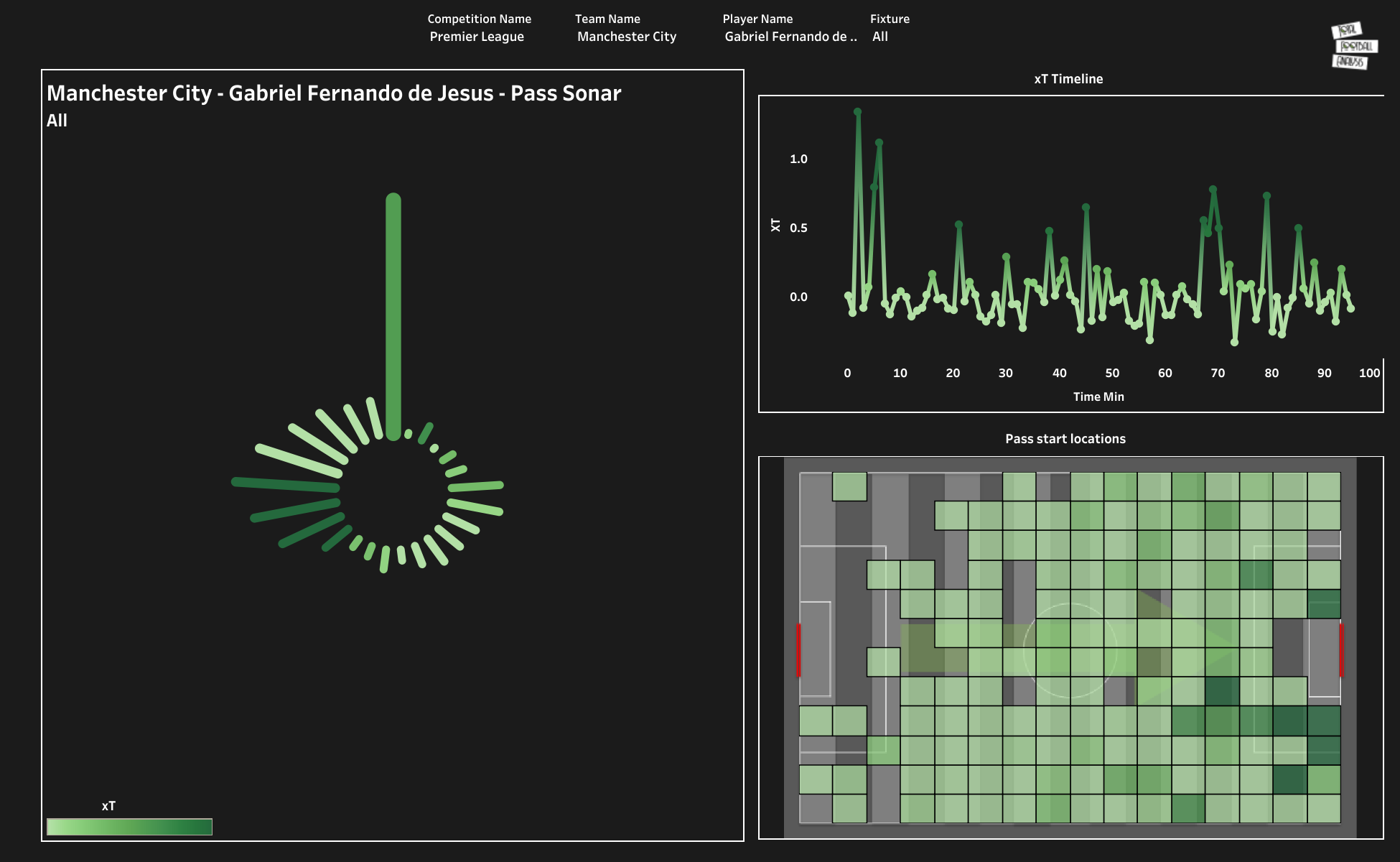 Jesus was very effective with his passing last season. The above viz shows the pass start location as well as the threat created from passes at different intervals. By looking at the xT timeline, we can observe that Jesus created most of the threats towards the start of the match. He averaged 32 passes per 90 minutes and had a high passing accuracy rate of 86%. The striker likes to dribble the ball past opposition defenders and get inside the box to deliver passes into dangerous areas.

Next season, the 25-year-old Brazilian could become the player to lead Chelsea’s charge. Kai Havertz is likely to lead the line next season, and he could form a new partnership with Jesus. Both players can play wide and through the centre. The manager will look to acquire his services before the rival teams bid for the player. Gabriel Jesus will likely join a club playing in the UEFA Champions League.

The post Transfer Talk: Gabriel Jesus – The Brazilian could turn out to be a perfect replacement for Romelu Lukaku appeared first on Football analysis, news, betting and opinion from Chelsea.