Frank Lampard’s pursuit to sign players continues as Everton show their interest in highly-rated Burnley playmaker, Dwight McNeil. The 22-year-old suffered relegation with Burnley last season. He was previously linked with some English Premier League clubs, but the Englishman decided to stay at Burnley. After suffering his first relegation, the player might opt for a move away, and Burnley would also like to make some money by selling the player. McNeil started his youth career with Manchester United and made the switch to Burnley in 2014. He signed his first contract with the team in January 2018. Since joining the club, he has played a crucial role in their survival in the English Premier League. Everton have recently lost their star player, Richarlison, and will look to make use of the money they got from his transfer. 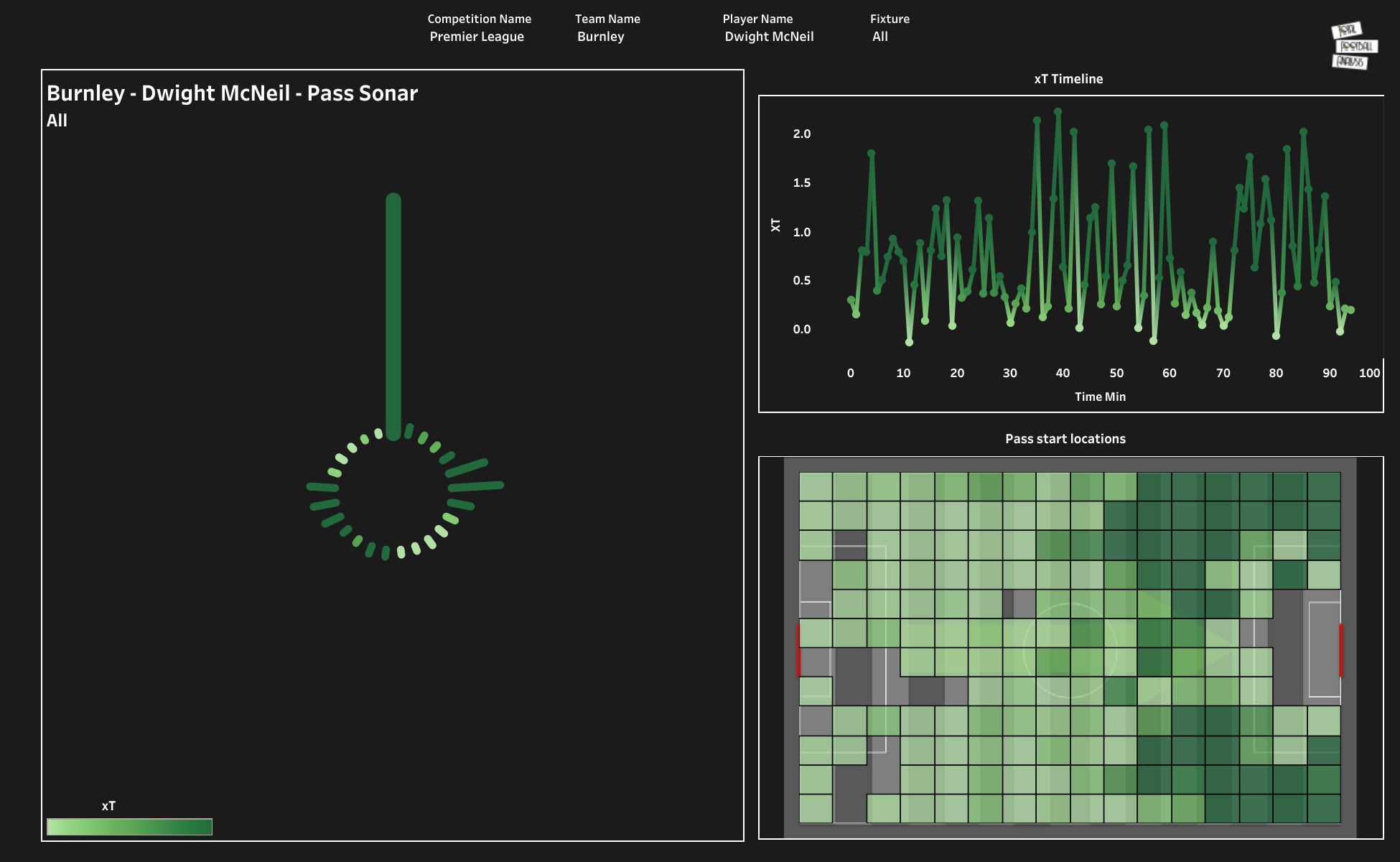 McNeil made 38 league appearances for the Clarets last season. He was unproductive the previous season due to Burnley’s struggle in front of the goal and provided only one assist. They struggled to create attacks, and McNeil was unable to show his full potential. The above viz shows the pass start location and the threat created from passes at different time intervals. McNeil has featured on the left throughout his career at Burnley. However, last season, the manager experimented in some of the matches and played him on the right side. The xT timeline shows that the player created constant threats in matches during different time intervals. He was very effective in the latter stages of the matches.

When looking at the above chart, the general rule is that the longer the bar, the better the performance — you can see the league average in the middle, and the % is the percentile rank the player is in. Last season, McNeil was unable to score a goal, but he showed massive improvement in his attacking stats. In the English Premier League 2020/21 season, the player averaged 10.35 attacking actions with a 45.87% success rate. Last season, he averaged more than 12 attacking actions per game, with a similar success rate. Other than this, McNeill’s dribbling improved and he attempted more shots. He was unlucky not to score a goal and showed a lot of improvement in a struggling Burnley side. 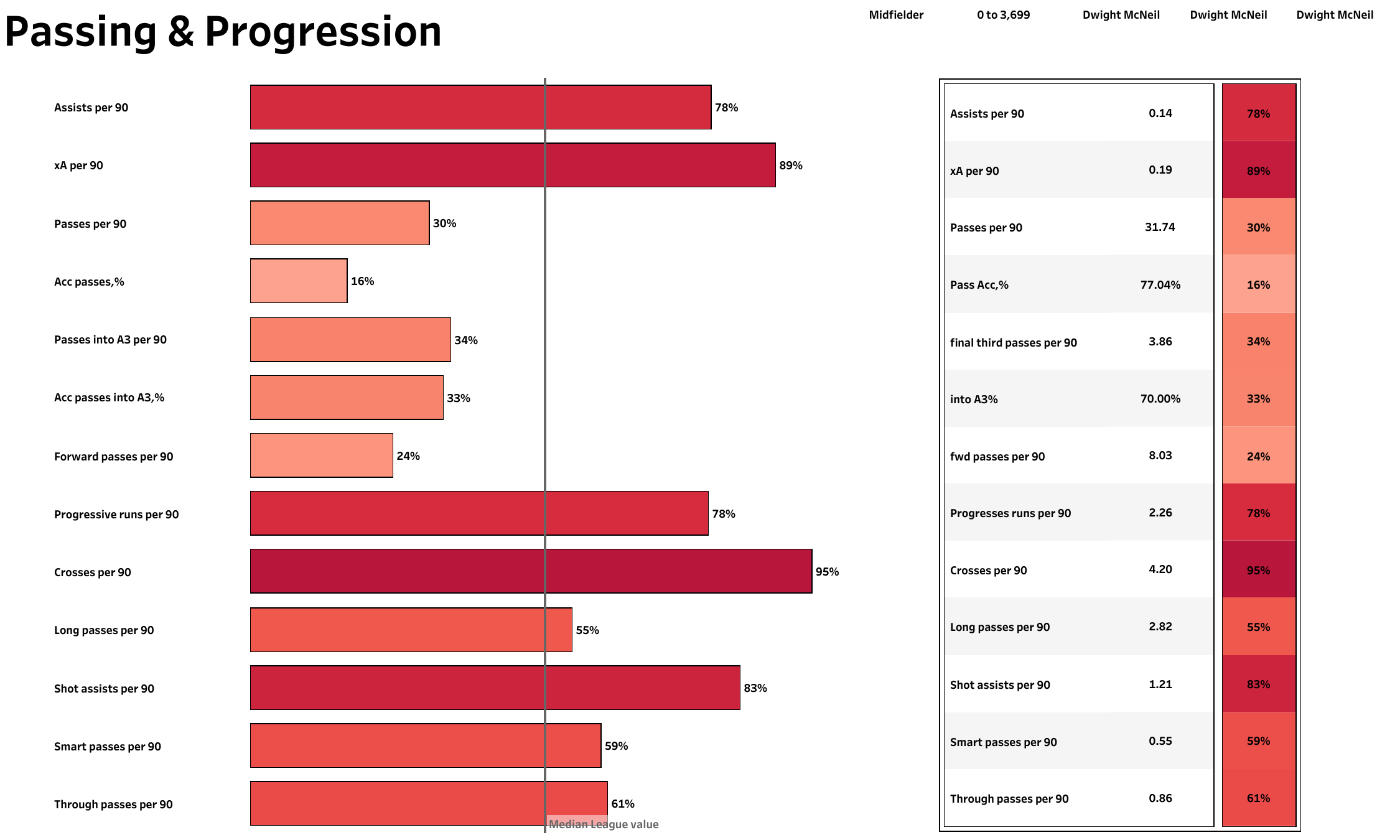 The above viz shows the passing stats of the 2020/21 season. McNeil’s passing didn’t show a lot of improvement and had similar stats to the previous season. He attempted fewer passes last season due to Burnley’s struggle to keep the ball and pass it to their wide players. The above viz shows that the player likes to cross the ball and averaged more than four crosses per 90 minutes in the 2020/21 season. Last season, the rate dropped to 3.87.

By looking at the above stats, we can observe that the player likes to dribble past the opposition defenders and makes an attempt to find his teammate inside the opposition’s penalty box. He also likes to attempt long-range goals, and these can be a threat to the opposition goalkeepers. He is just 22 years old but carries a lot of experience. The Toffees have to beat other Premier League clubs to make this signing possible. He could be a great addition to the squad.