Manchester United ended the season in sixth place and will play in the UEFA Europa League next season. They have a new manager in their ranks who is looking to rebuild the team. The Red Devils are likely to offload 7-8 players and bring in some new faces who could help their cause of getting the English Premier League title back and finishing in the UEFA Champions League spots. One of the players who is becoming their primary target is Benfica striker Darwin Nunez. The Uruguayan has impressed everyone with his performances in the UEFA Champions League and the Portuguese domestic league. He is being chased by some of the other top European clubs, but Erik ten Hag wants the striker to boost Manchester United’s attack. Here are some of the stats from the UEFA Champions League 2021/22 season that highlight his performances for Benfica.

The 22-year-old made ten appearances, and four of them were from the bench. He finished the campaign with six goals. Darwin Nunez also had an impressive league season as the player managed to score 26 goals in 28 appearances. 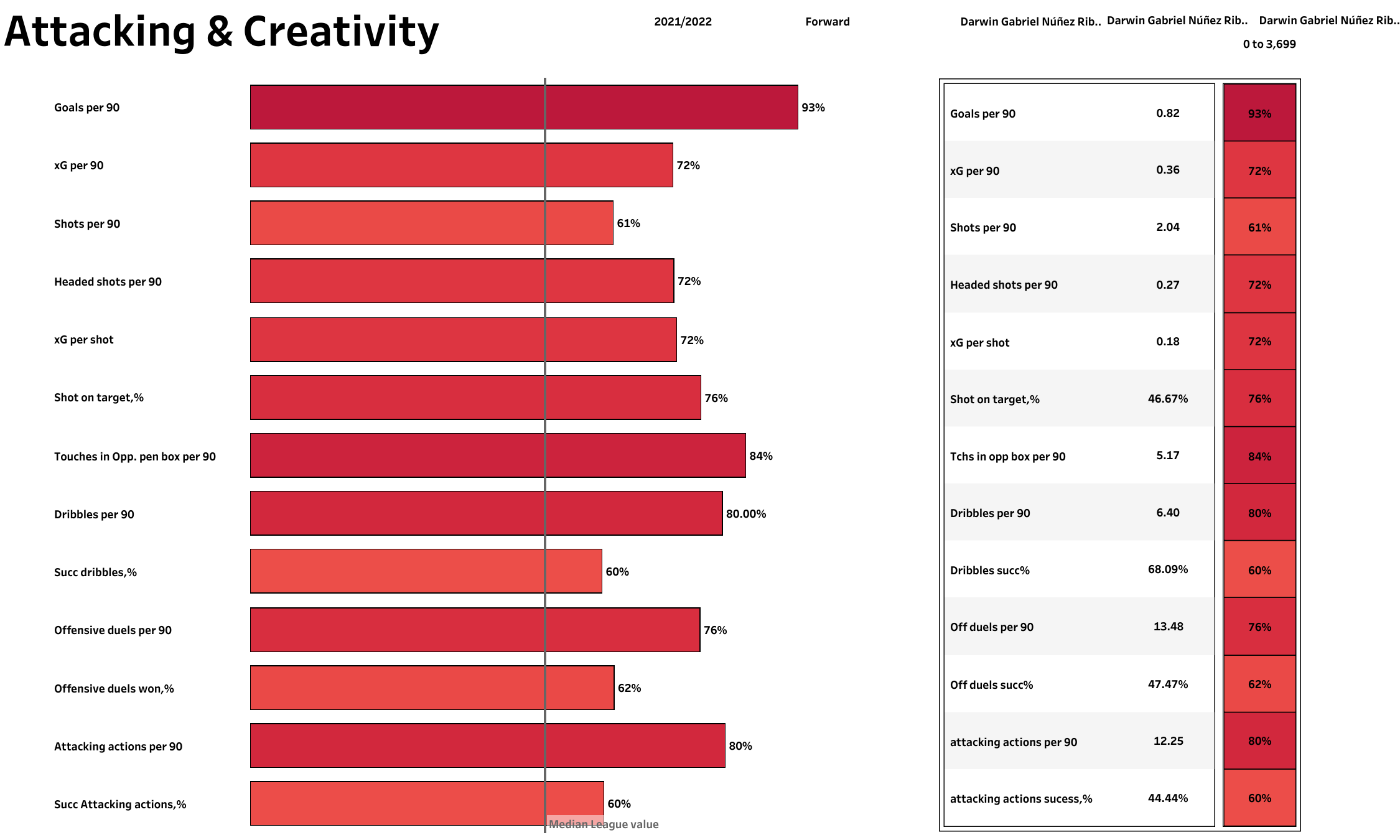 When looking at the above chart, the general rule is that the longer the bar, the better the performance — you can see the league average in the middle, and the % is the percentile rank the player is in. The attacking and creativity charts show that Nunez has a high percentile rank when compared to the other strikers in the league. His goals per 90 minute ratio is one of the highest in the league. Other than this, the player has taken 38 touches inside the opposition’s penalty box and averaged more than five touches per 90 minutes. He also attempted 47 dribbles with a 68% success rate. The Uruguayan was involved in 12 attacking actions per 90 minutes with a 44.44% success rate. He was the top performer for his side and scored against the likes of Barcelona, Bayern Munich and in both the quarter-final legs against Liverpool. 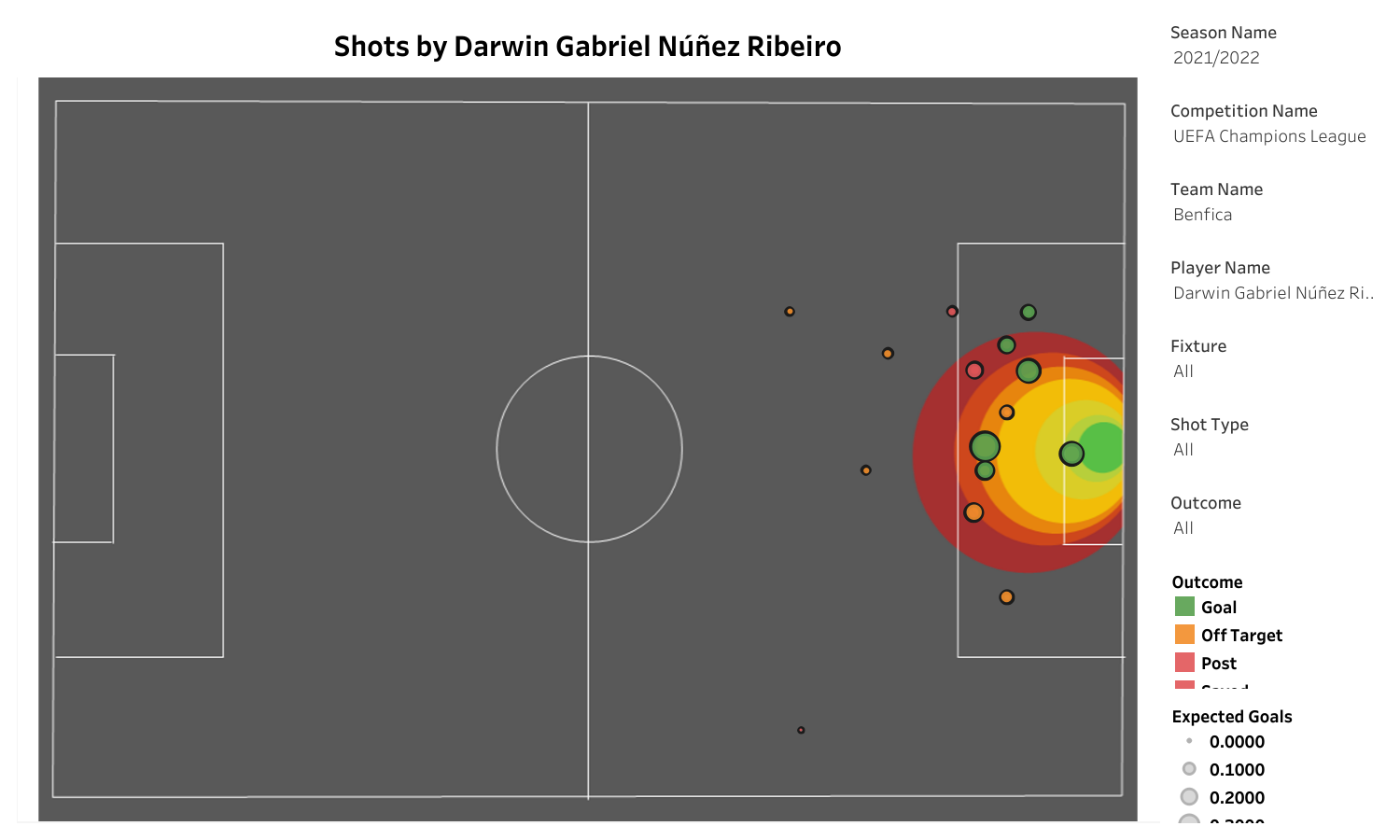 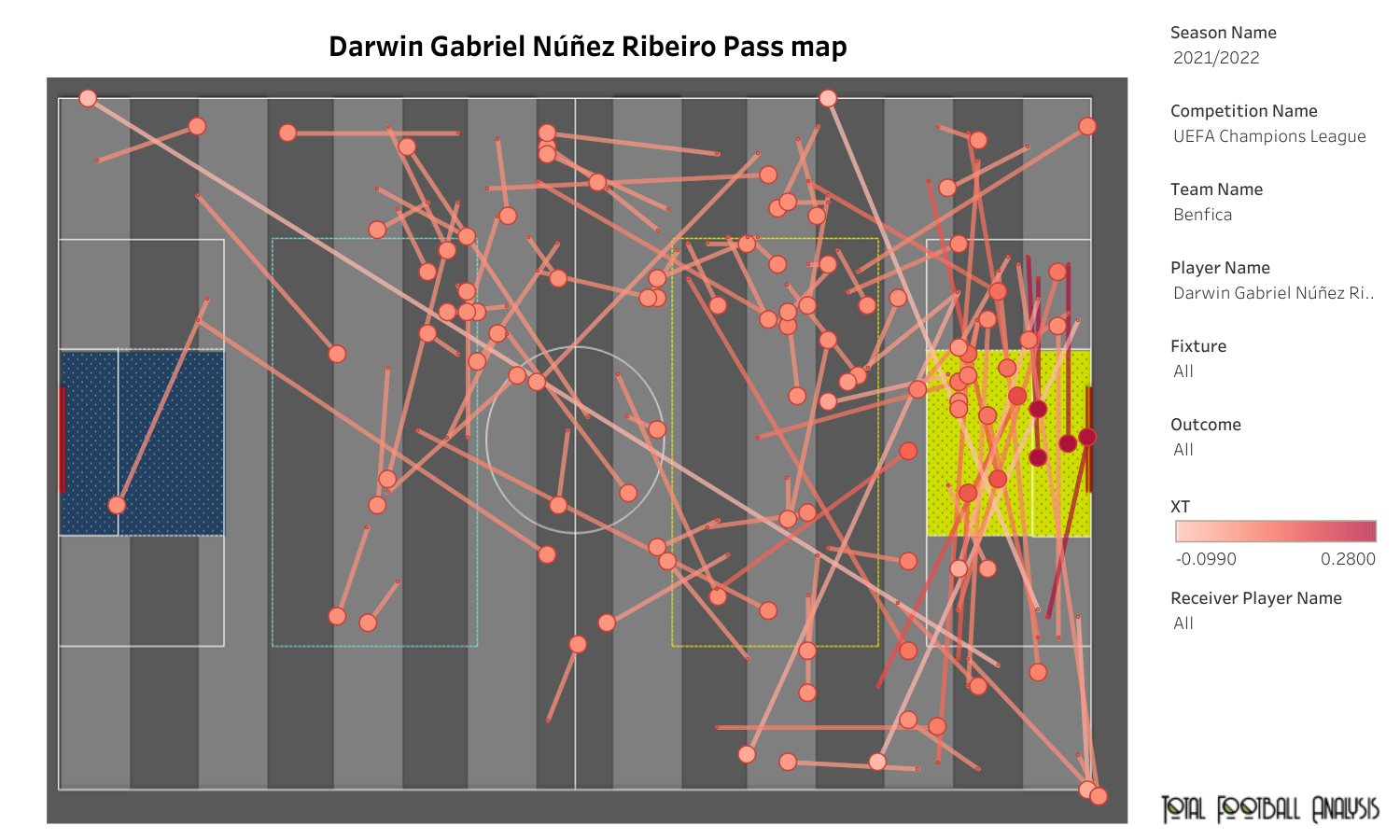 Darwin Nunez was the top performer for Benfica and is likely to make a move away from the club. Manchester United are looking to acquire his services before other teams go with a better deal. He is in Erik ten Hag’s plan and could lead the Red Devils in the upcoming season.