Tottenham Hotspur qualified for the UEFA Champions League this season thanks to a fourth-place finish last season in the Premier League. They are returning to the premier European club competition after a gap of two years. This summer, the North London team has already signed Fraser Foster, Ivan Perisic, Yves Bissouma and most recently, Richarlison. However, a centre-back is still needed to provide cover for Cristian Romero, Davinson Sanchez and Eric Dier. One name that has repeatedly been linked with joining the Lilywhites is Barcelona centre-back, Clement Lenglet. 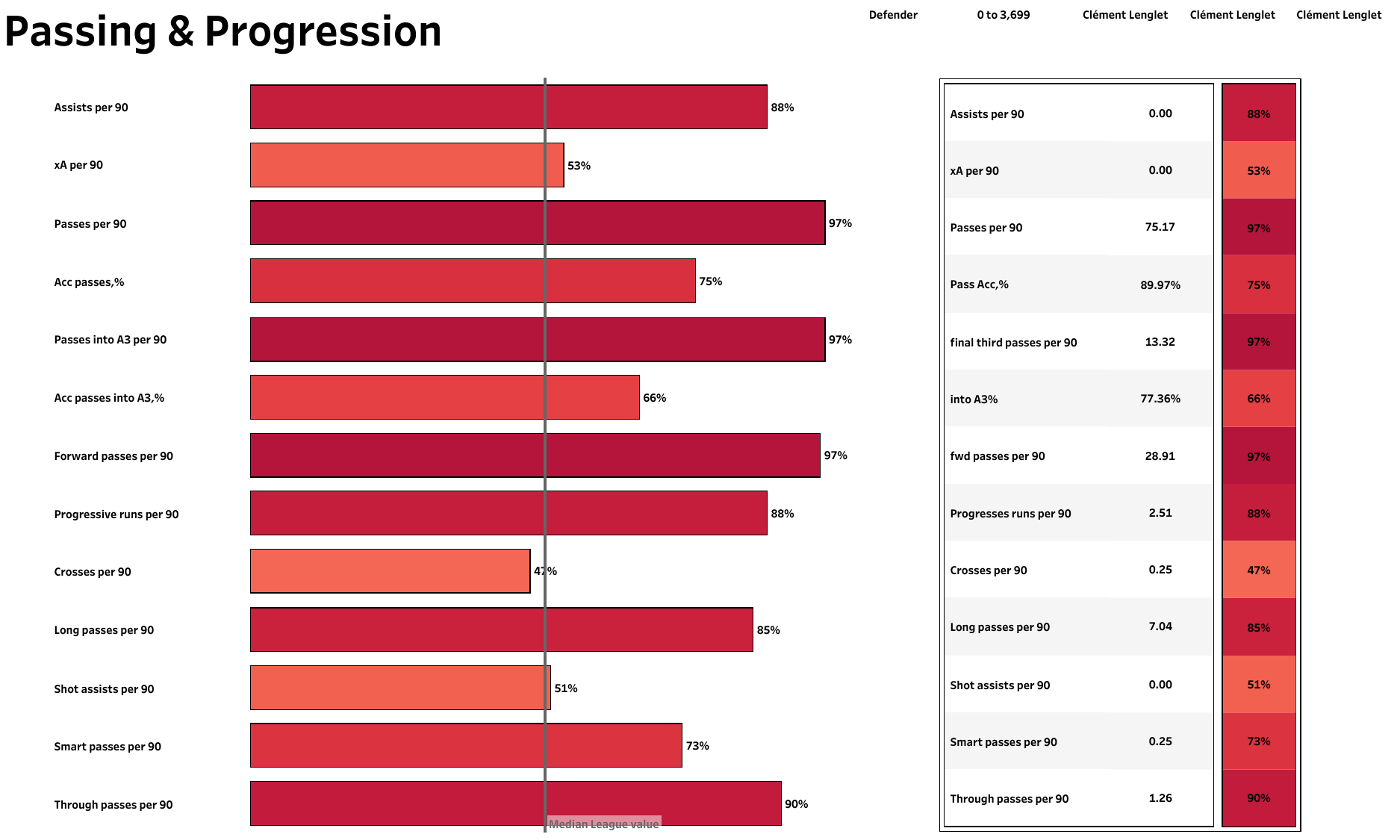 Lenglet made 26 appearances for Barcelona across all competitions last season, including four in the UEFA Champions League where the team was eliminated in the group stages. During his time on the pitch, which lasted for 345 minutes, he attempted more than 75 passes per 90 at a pass accuracy of just below 90%. He completed 77.3% of his balls into the final third out of his 13.3 attempts per 90. The Frenchman made 2.51 progressive runs per 90 which put him in the top 12% among defenders for this category. With 7.04 long passes per 90 and 1.26 through balls per 90, he put himself in the upper quintile of both categories. 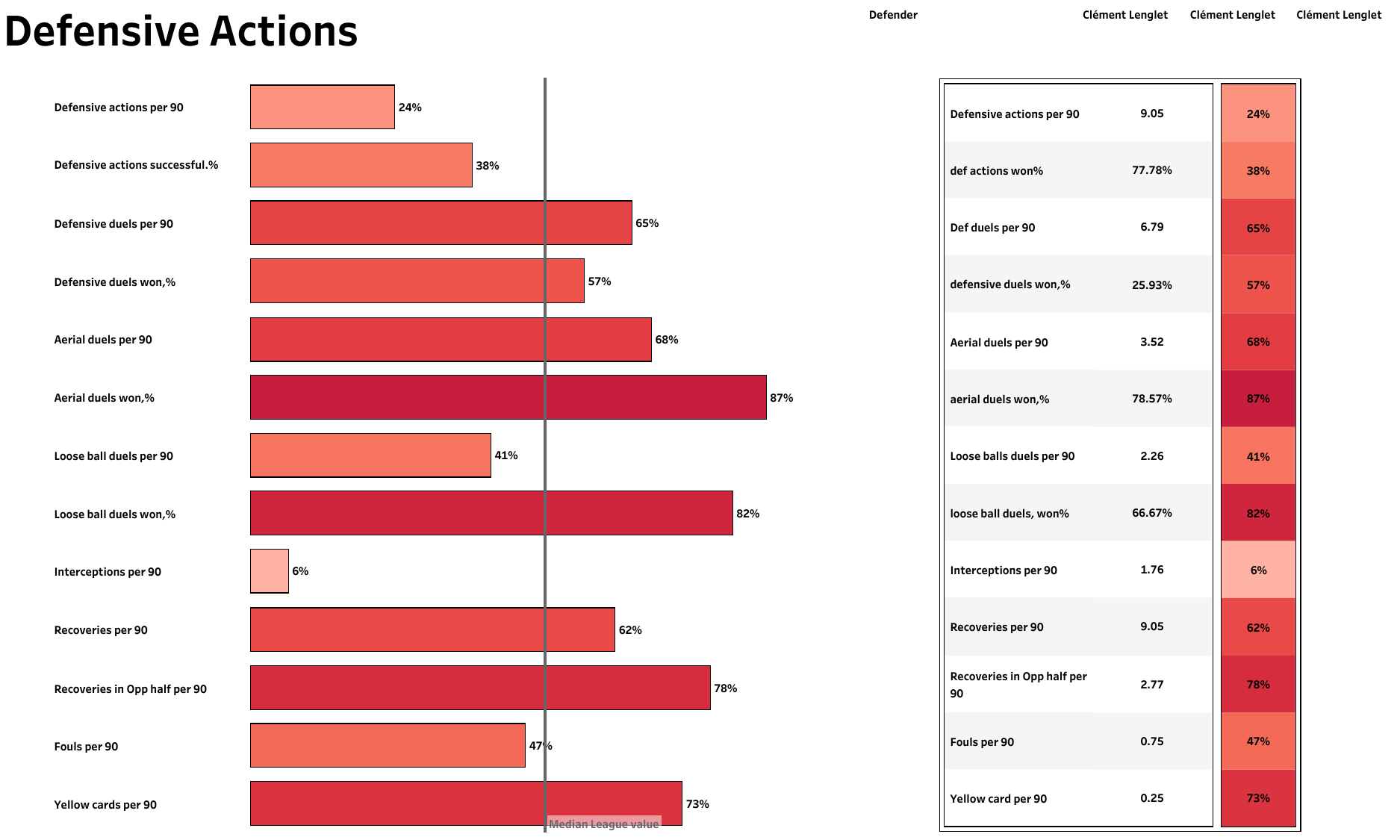 For all his passing ability, however, Lenglet did not perform well enough on the defensive end. He ranked in the bottom quartile for defensive actions per 90 and in the bottom 40% for successful defensive actions. He attempted less than seven defensive duels per 90 and won just below 26% of them. However, the Frenchman did win 78.57% of his aerial duels out of the 3.52 battles he attempted, mainly due to his height of 186 cm. He also recovered two-thirds of his loose ball battles. With just 1.76 interceptions per 90, he was ranked dismally low (bottom 6% among defenders, to be precise). 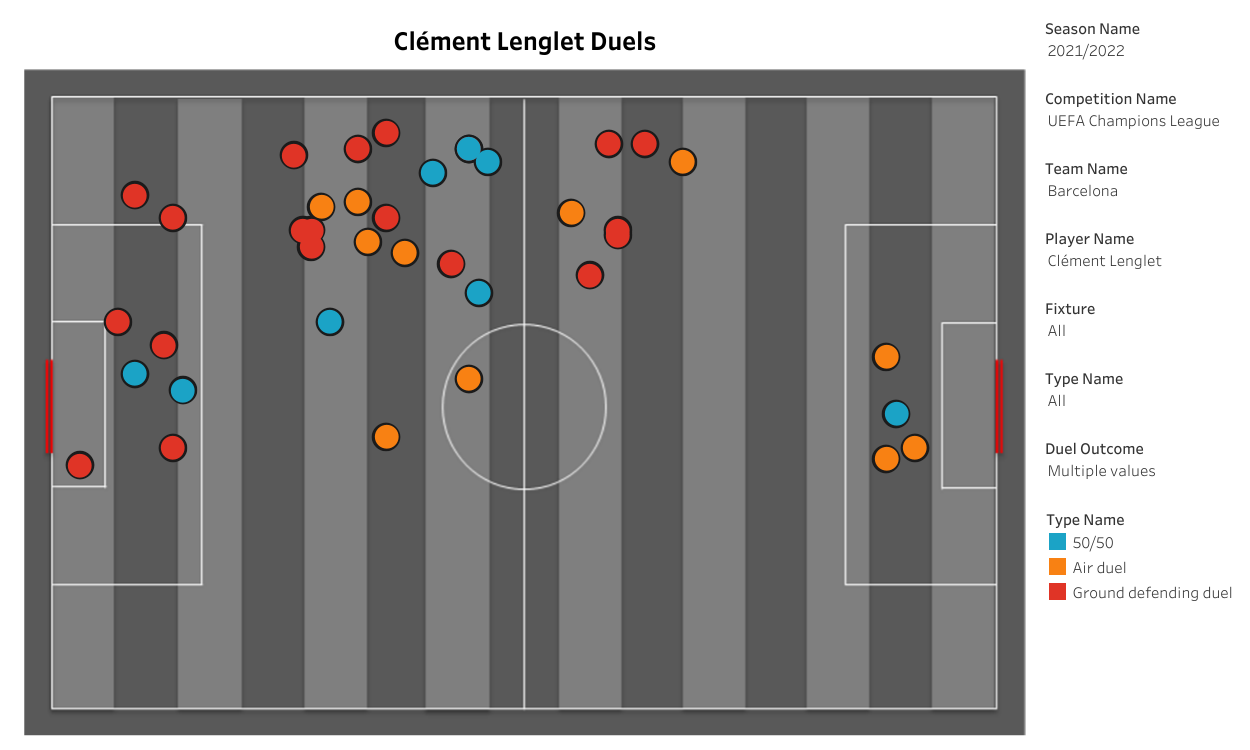 Most of the duels won by Lenglet came in the defensive third and in midfield. He won ground based defensive duels the most, followed by aerial duels and 50/50s. He attempted 11.1 pressures per 90, 0.79 clearances per 90, 1.84 tackles and interceptions per 90 and 0.53 blocks per 90. The latter three are woeful numbers for a centre-back, and this should worry Antonio Conte. 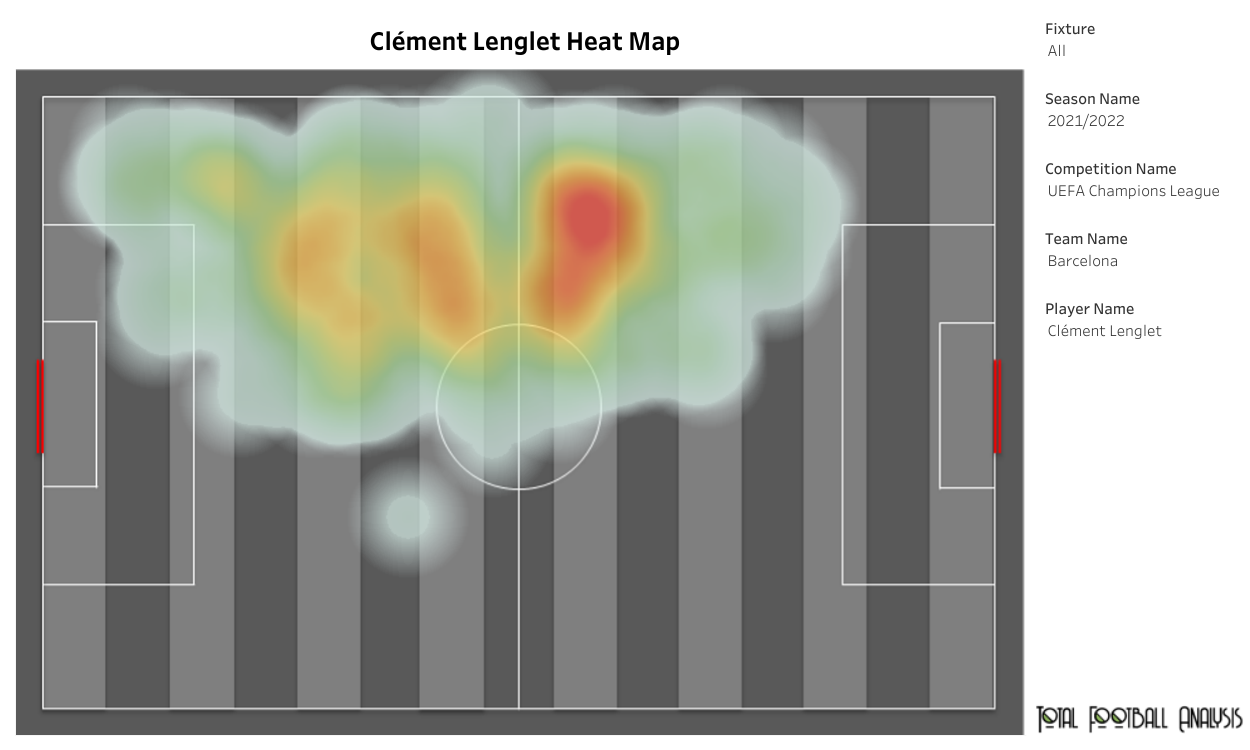 As Barcelona are a possession-oriented team, they tend to spend most of the time in the opponents’ half, and Lenglet was no exception. With the ball at his feet, he completed 5.26 progressive passes per 90, 7.63 balls into the final third per 90, 7.89 progressive carries per 90 and 2.11 carries into the attacking third per 90.

Clement Lenglet has failed to cement his place in the starting XI for Barcelona since his arrival in 2018 from Sevilla. With the Blaugrana now having signed Andreas Christensen from Chelsea on a free transfer, he now finds himself behind Piqué, Ronald Araújo, Eric García and Christensen in the pecking order. However, even at Tottenham Hotspur, he would, at best, be a backup to Romero, Sanchez and Dier.

The post Transfer Talk: Clement Lenglet – Why do Tottenham want to sign the Barcelona defender? appeared first on Football analysis, news, betting and opinion from Spurs.