Manchester United are planning a move for former Tottenham Hotspur midfielder and Brentford midfielder, Christian Eriksen. The Danish international played in the second half of the English Premier League 2021/22 season after signing a half-year contract with them. This was his return to football after the incident that took place during Euro 2020. He has made a tremendous recovery and has returned to full fitness. The player gave impressive performances for Brentford and has gained the interest of a few clubs. Paul Pogba has left the club, and the Red Devils are looking for enforcement. Eriksen plays in the midfield and is a set-piece specialist. 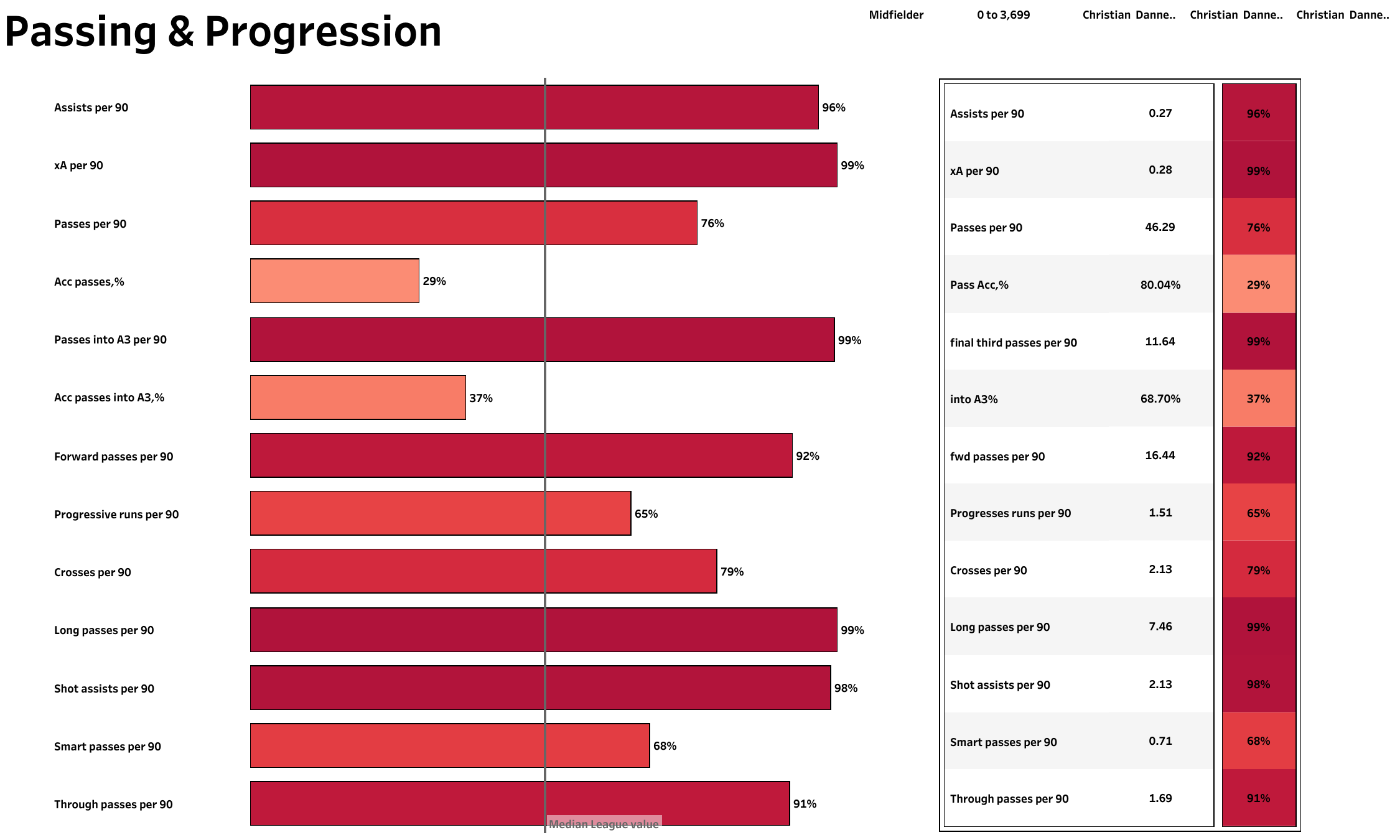 Eriksen made 11 appearances for Brentford this season. He scored a goal for the Bees and provided three assists. When looking at the above chart, the general rule is that the longer the bar, the better the performance — you can see the league average in the middle, and the % is the percentile rank the player is in. The above viz compares Eriksen’s stats with those of the other midfielders in the English Premier League. He averaged 46.29 passes per 90 minutes with an 80% passing accuracy rate. The player has a high xA assist rate in the league, making him a dangerous player with the ball at his feet. The midfielder has a high percentile rank for attempting passes into the opposition’s final third and through passes per 90 minutes. He plays with a very attacking mindset and creates opportunities for his teammates to score goals. 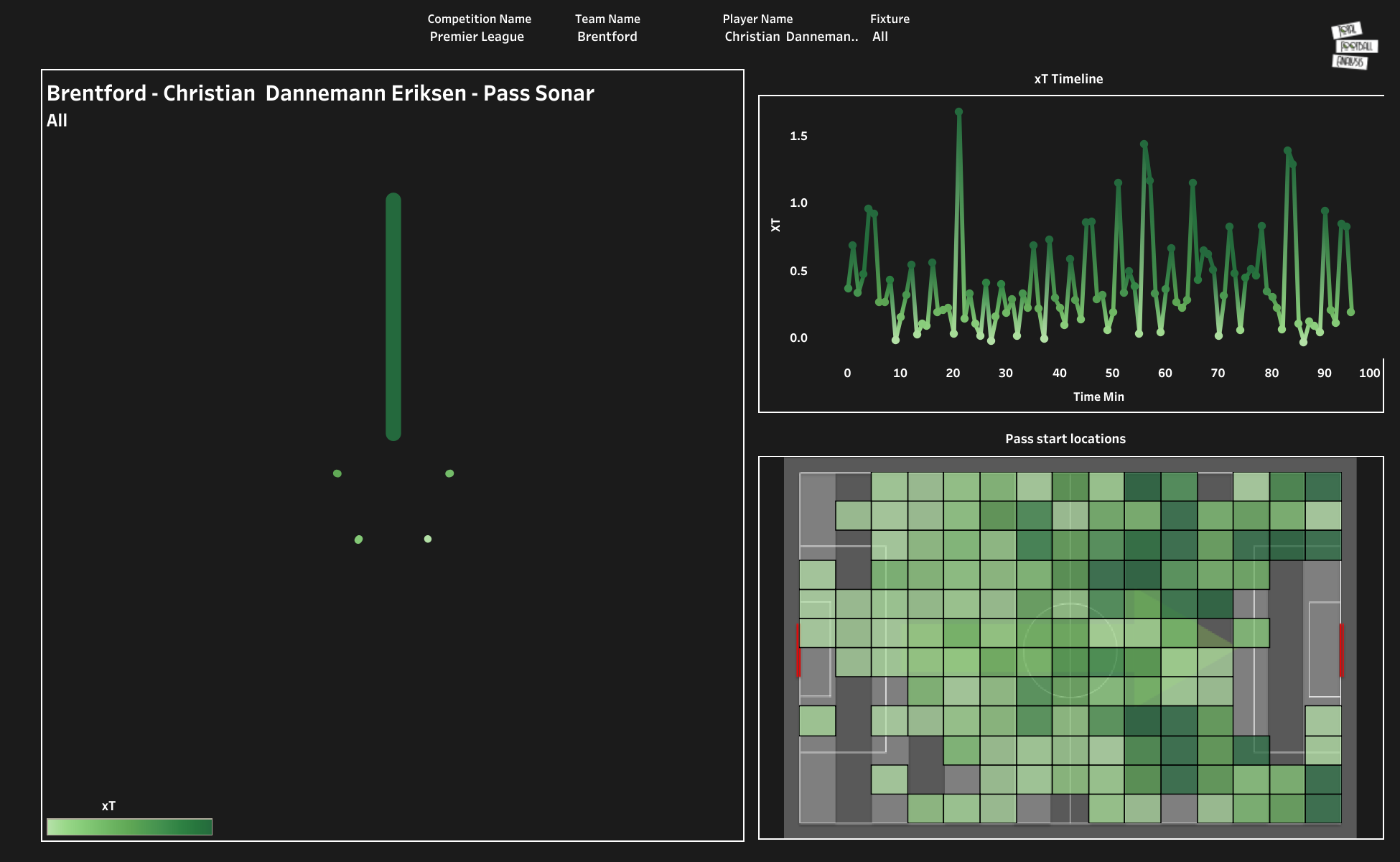 The above viz shows the player’s start location as well as the xT timeline of the player. Brentford played in a 3-5-2 formation, and Christian Eriksen featured on the left side of midfield. The pass start location shows that he attempted most of his passes into the final third from the edge of the middle third. He was also active in corners and other set-pieces. The xT timeline shows that the 30-year-old midfielder created more threats in the second half. The highest threat was created by passes attempted towards Ivan Toney. 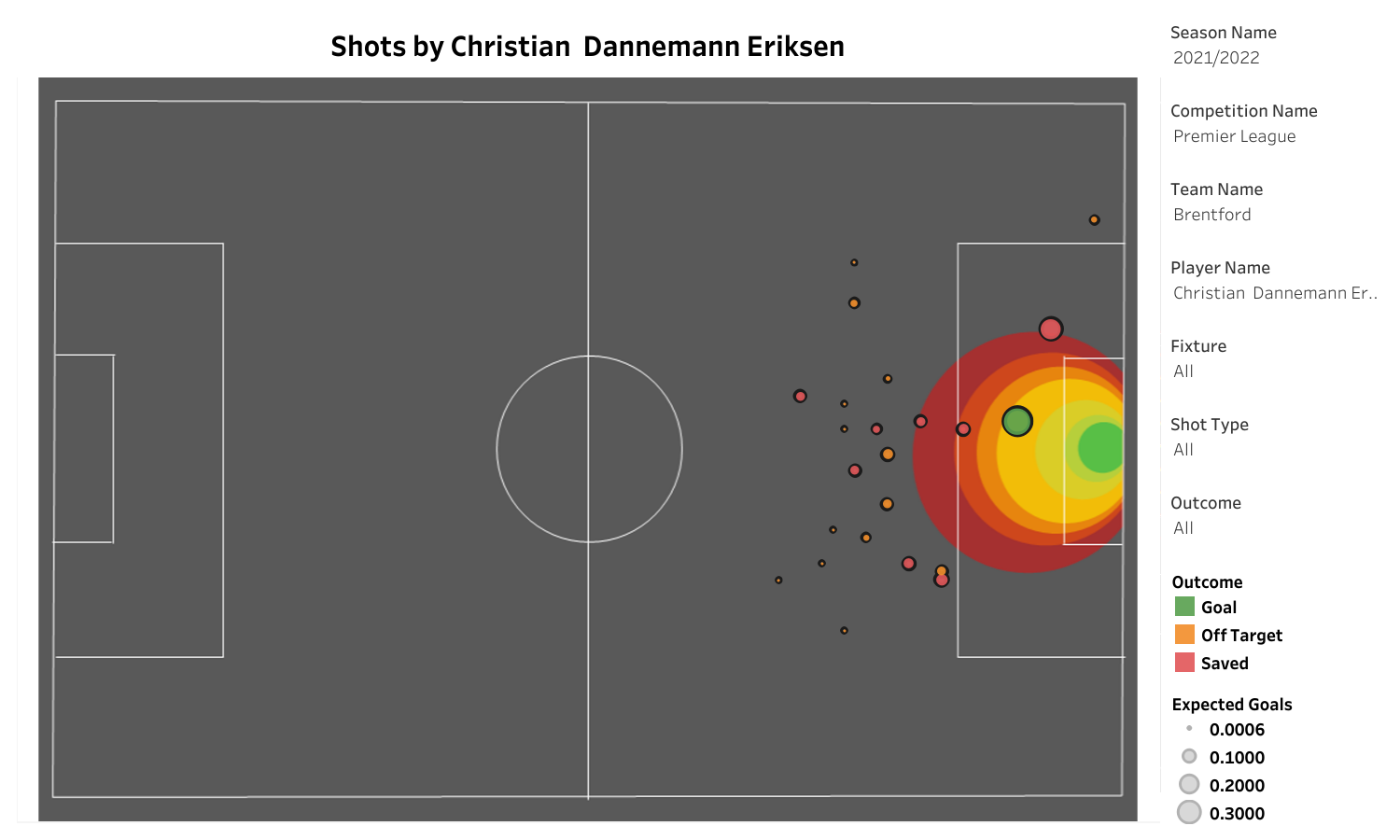 Christian Eriksen could replace Paul Pogba at Manchester United. The Danish player can create and score goals. He is a good passer of the ball and creates threats from set-pieces. Manchester United could sign him for a two-year deal as he could provide midfield stability in their team.