After the cardiac arrest suffered by him in Euro 2020, very few expected Christian Eriksen to even make a return to professional football. Yet, the Dane not only returned to the highest level of football with Brentford in the Premier League, but he was also, by far, the best player for the Bees whenever he was on the pitch. But Brentford’s contract with Eriksen was only until the end of the season, meaning he is free to be approached by other clubs. According to some reports, one of the clubs interested in signing (or, to be more specific, re-signing) the Danish playmaker is Tottenham Hotspur. 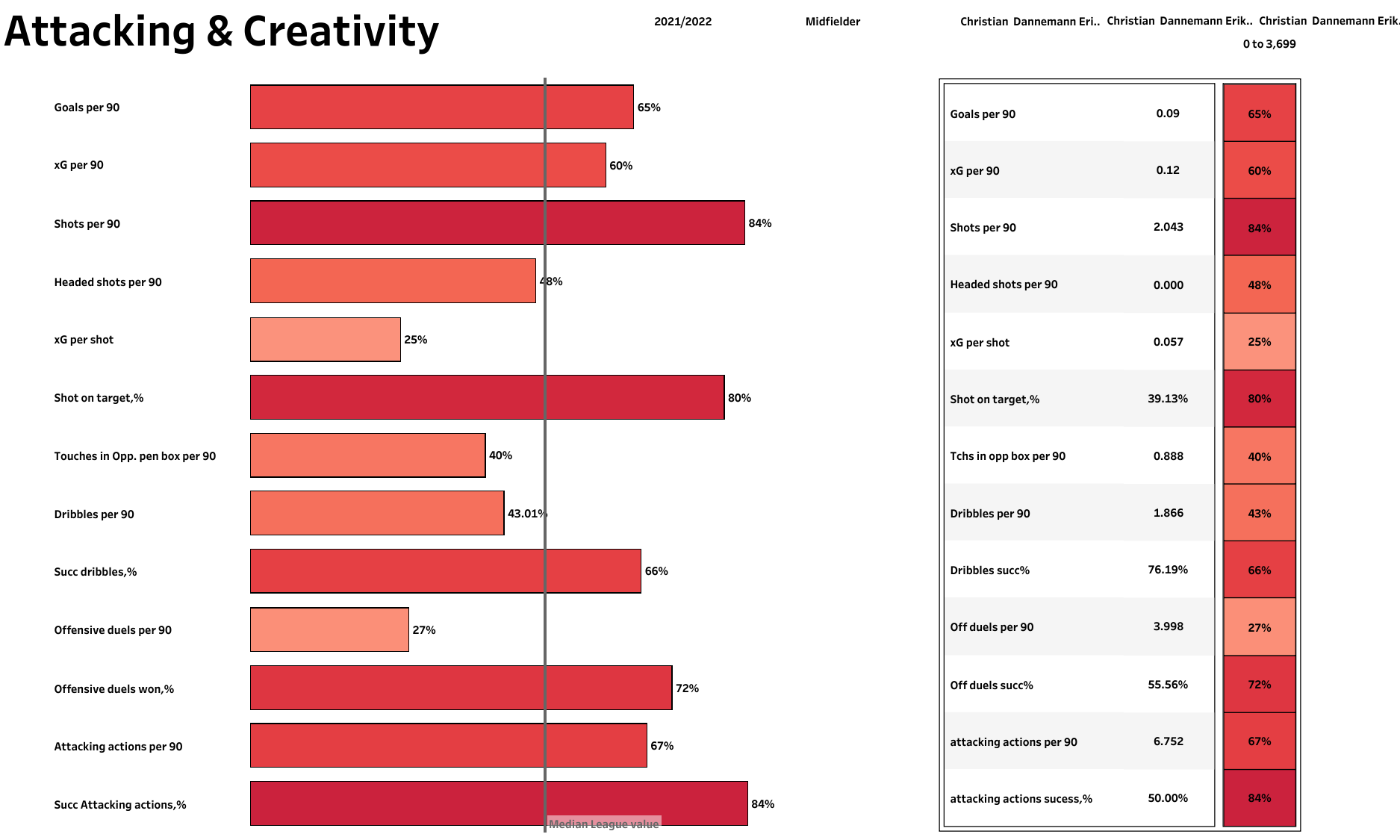 Eriksen featured in 11 games for Brentford in the 2021-22 Premier League season, scoring once in 939 minutes. Eriksen fired off 2.04 shots per 90, good enough to be ranked in the upper quintile among midfielders. The 30-year-old midfielder shot 39.13% of his attempts on target, and his dribble success rate was a respectable 76.19%. 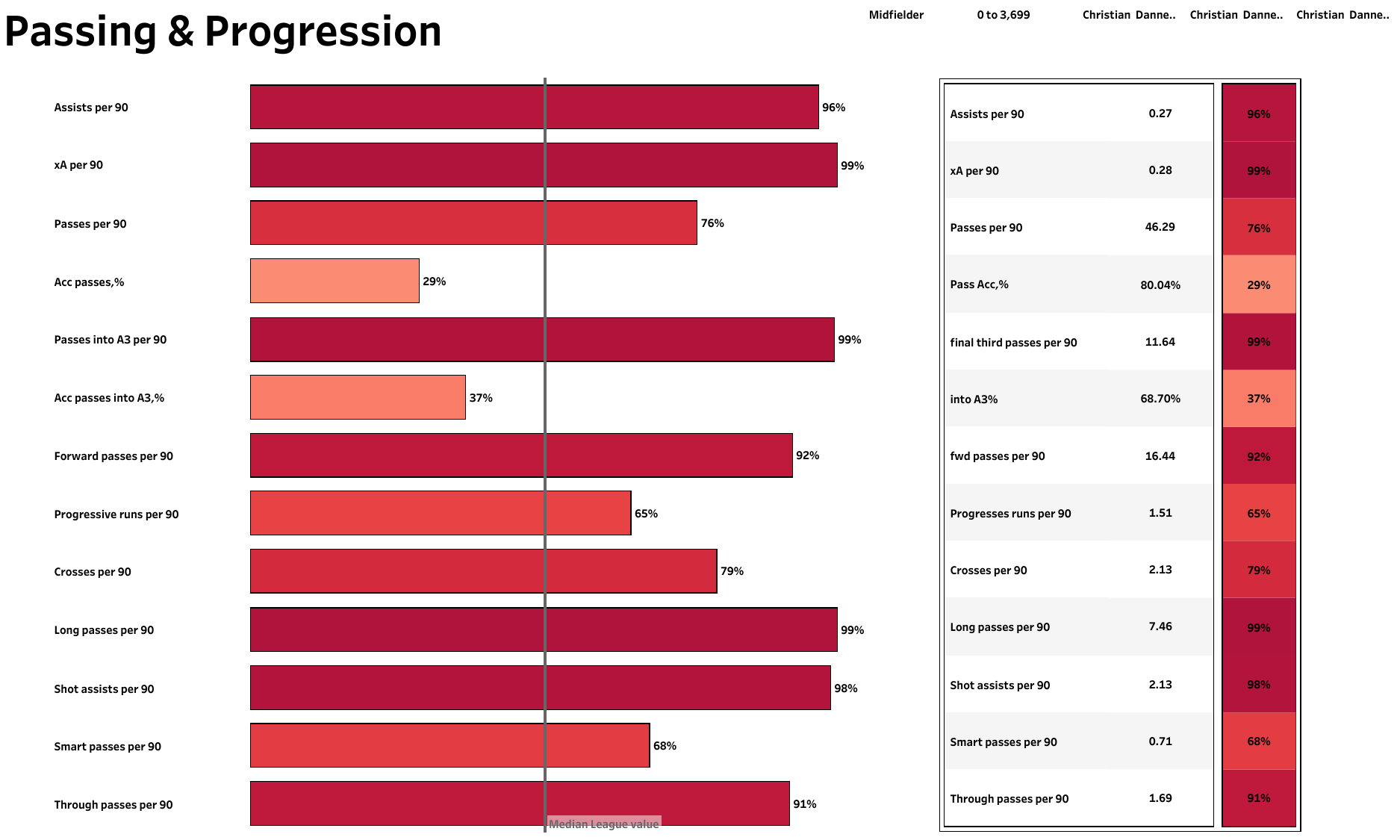 In addition to scoring once, Eriksen provided four assists, meaning he was involved in a goal every 188 minutes. The Danish midfielder ranked in the top 4% for assists per 90 and the top 1% for xA per 90. The 30-year-old also attempted 11.64 passes into the final third per 90, which ranked him in the top 1%, once again. With 7.46 long passes per 90, Eriksen ranked in the 99th percentile for this category and in the 98th percentile for his 2.13 shot assists per 90. The Dane also completed 1.69 through balls per 90 for the Bees. 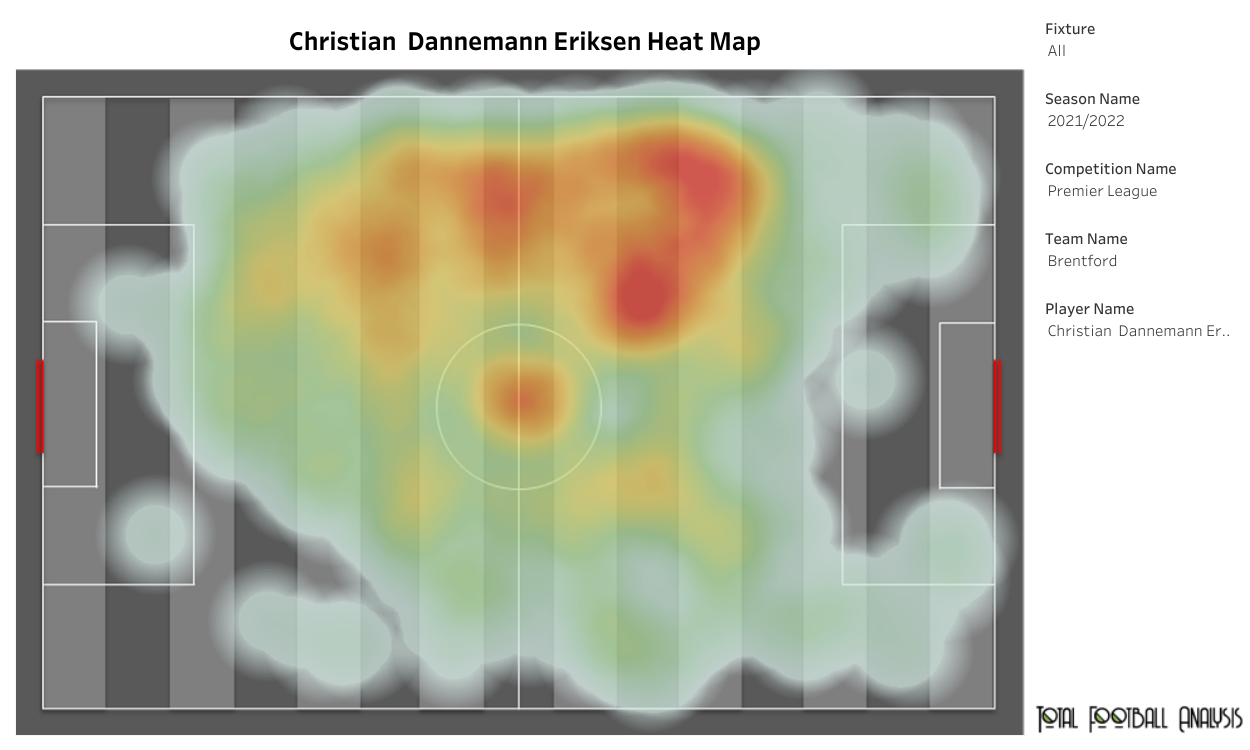 The above heat map just shows how influential Eriksen was for Brentford. The 30-year-old dictated the tempo, pulled the strings and organized the Bees’ attack in the final third. The only area where the Dane was weak was tracking back and doing the dirty defensive work as he was ranked in the bottom quartile among midfielders for pressures per 90, tackles and interceptions per 90 and blocks per 90, according to FBREF. 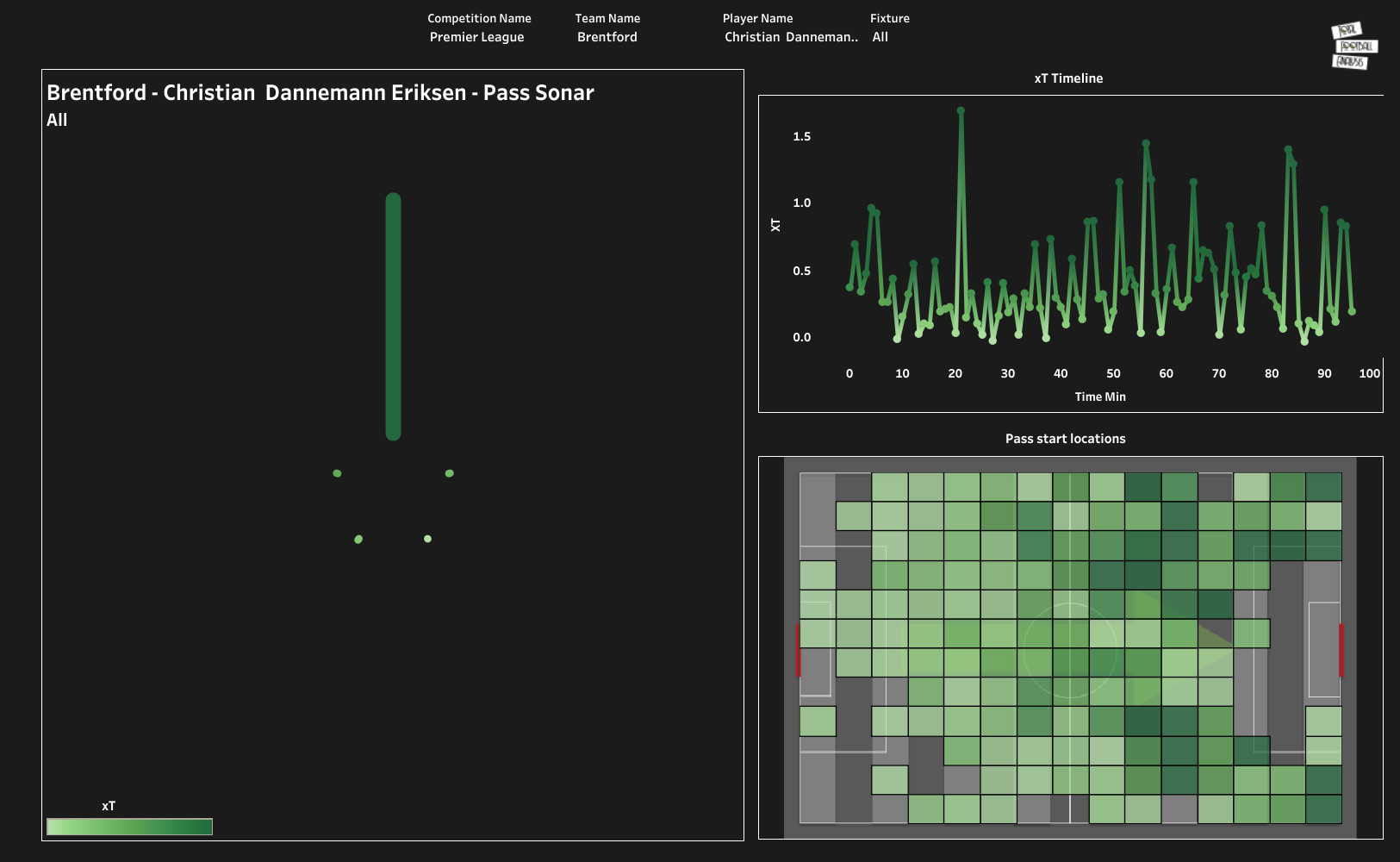 Eriksen frequently generated an xT score of 1.0 or more and occasionally exceeded 1.5. The Danish midfielder completed 6.25 progressive passes per 90, 7.21 balls into the attacking third per 90, 3.08 key passes per 90 and 1.73 passes into the opponents’ penalty box per 90.

Christian Eriksen was too good for Brentford. Being a free agent now, some reports have suggested the Danish playmaker may re-join Tottenham Hotspur. However, with Antonio Conte as the manager, Eriksen might not make a return to the Tottenham Hotspur Stadium as the Italian coach did not play the Dane regularly while they were together in Inter Milan, even during the Serie A winning campaign in 2020-21. The most likely destination of the Danish playmaker seems to be Erik ten Hag’s Manchester United.

The post Transfer Talk: Christian Eriksen – Could the Dane make a return to Tottenham Hotspur? appeared first on Football analysis, news, betting and opinion from Spurs.