According to multiple reports, West Ham United manager, David Moyes, scouted Amadou Onana during Lille’s UEFA Champions League clash against Chelsea. The Hammers are believed to be interested in a summer move for the 20-year-old. Amadou Onana is a 20-year-old defensive midfielder who is currently playing for Lille.

Onana was signed by the Ligue 1 champions last summer from Hamburger SV, and he has already started catching the eye with his display in the middle of the park. Onana has looked at ease in his first-ever season of top-flight football. He has made a total of 34 appearances for Lille this season across all competitions, having scored three goals and provided one assist. 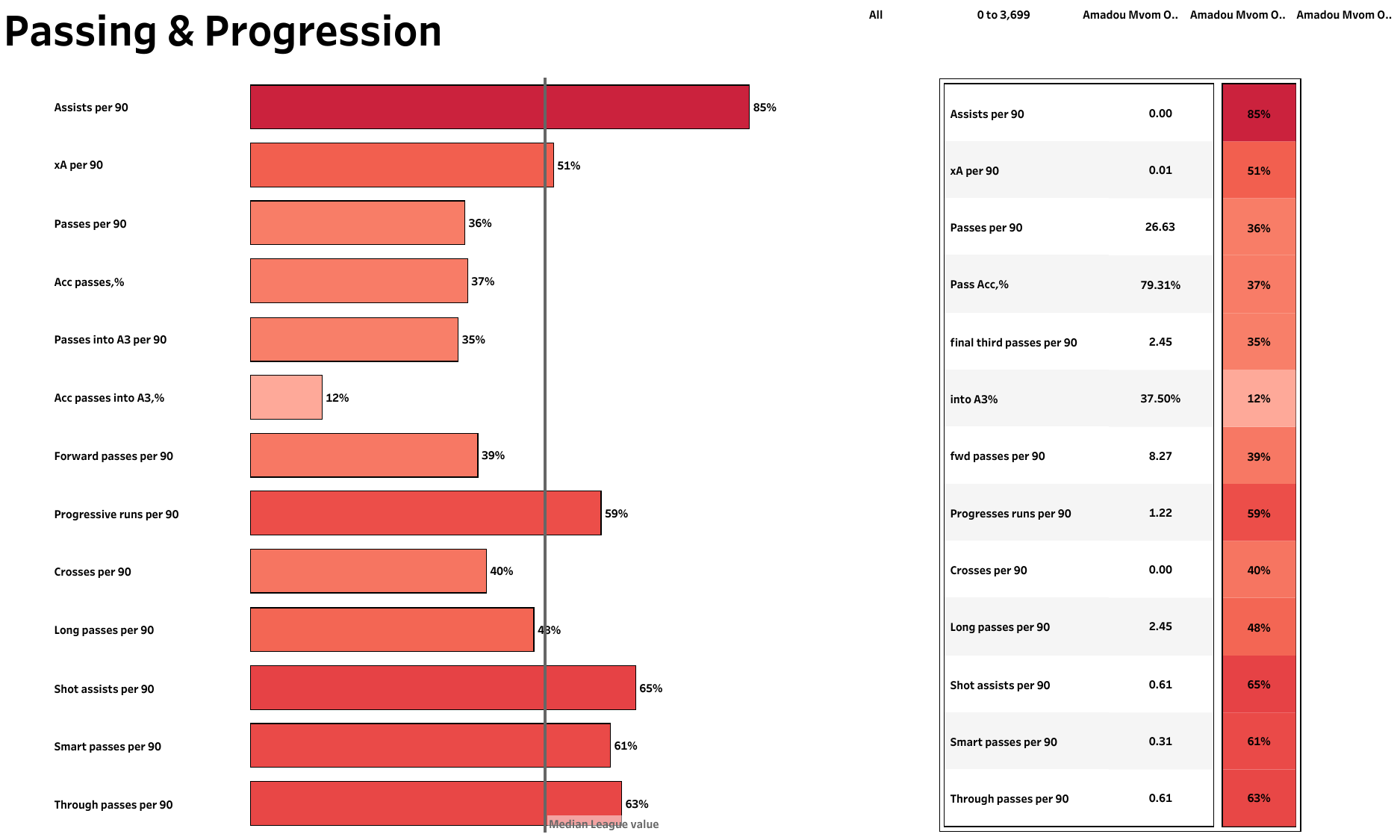 Standing at 6ft 6inches tall, the Belgium under-21 international is an absolute unit. He has pace, power, energy, and dynamism in abundance. Onana is a great passer of the ball. Although he has only started in two games in the Champions League, Onana has attempted 26.63 passes per 90 minutes and has completed 79% of these passes. Declan Rice is a great dribbler, and he used to be the one carrying the ball into the opposition half at times. Onana has a similar playing style as he is a good dribbler and can also shield the ball with his tall physique. Onana has attempted 3.367 dribbles per 90 minutes.

He is a very impressive passer of football. During his league outings for Lille this term in the Champions League, the 20-year-old has recorded a 79% completion rate. His pass map indicates he is a deep-lying midfielder who does well to recycle the ball and plays it out to the wider areas. He also has great awareness and has the knack to play killer through balls. The visual shows us the one pass that Onana played into the penalty area, which generated a very high xT. 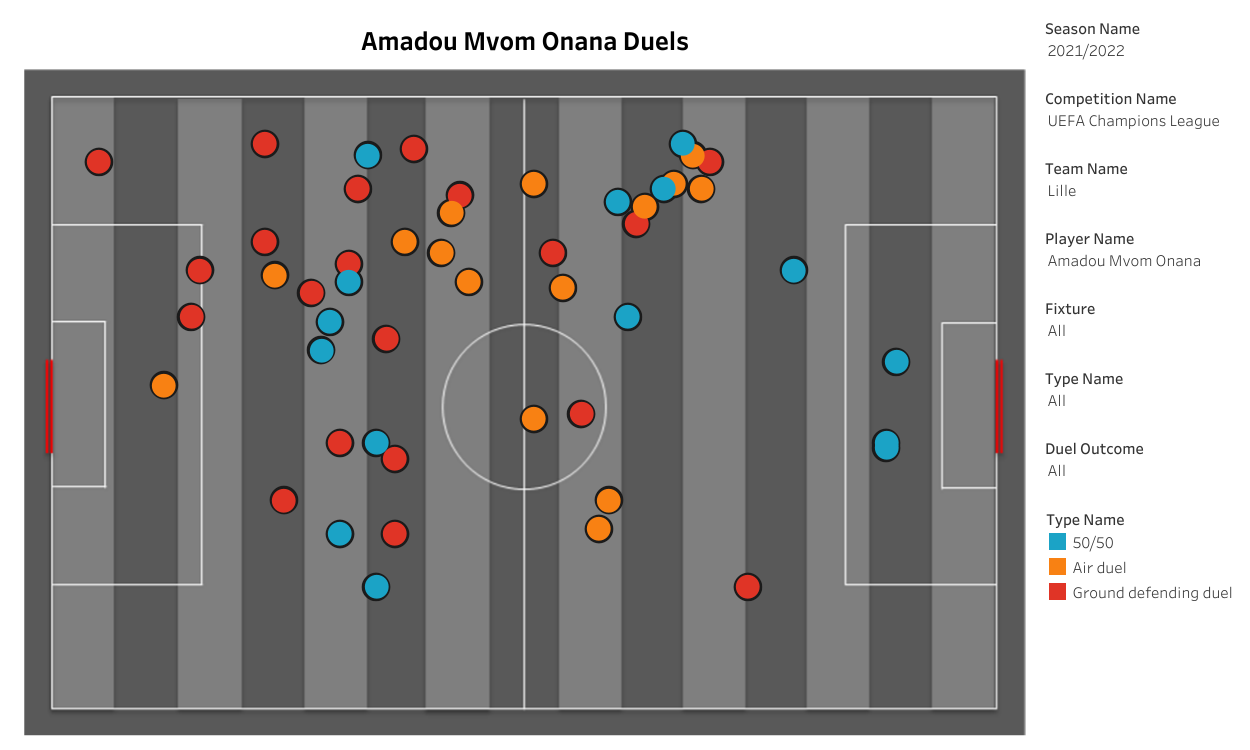 In eight Champions League appearances for Lille this season, Onana has averaged 10 defensive actions per game. He has been able to complete 84.45% of these actions. Onana can play in a double pivot and can act as a great shield to his defense. He reads the game well and does brilliantly to win back possession of the ball for his team.

He seems to have all of the physical attributes needed to not only succeed in the Premier League but to also replicate the role that Declan Rice plays for West Ham. Onana is the kind of player who could go on to be a real star at West Ham. However, it must be said the Lille star is perhaps too young to replace the experienced Rice, should the 23-year-old leave the London Stadium this summer. Perhaps David Moyes should sign another more experienced central midfielder along with Onana. Regardless, the Lille youngster would be an exceptional addition for West Ham in the summer transfer window.