Frank Lampard is one of the most active managers in the English Premier League. The former Chelsea boss will take charge of Everton for the whole season this campaign. He wants to bring stability to the team as well as some new players who can help Everton reach the European places. One of the players who Lampard is targeting is Chelsea’s young midfielder, Billy Gilmour. The 20-year-old central midfielder spent a season-long loan at Norwich City. He has impressed everyone in his young career and has already earned a few international caps for Scotland. Gilmour likes to play in the holding midfield role, and Lampard is thinking about signing him on loan. 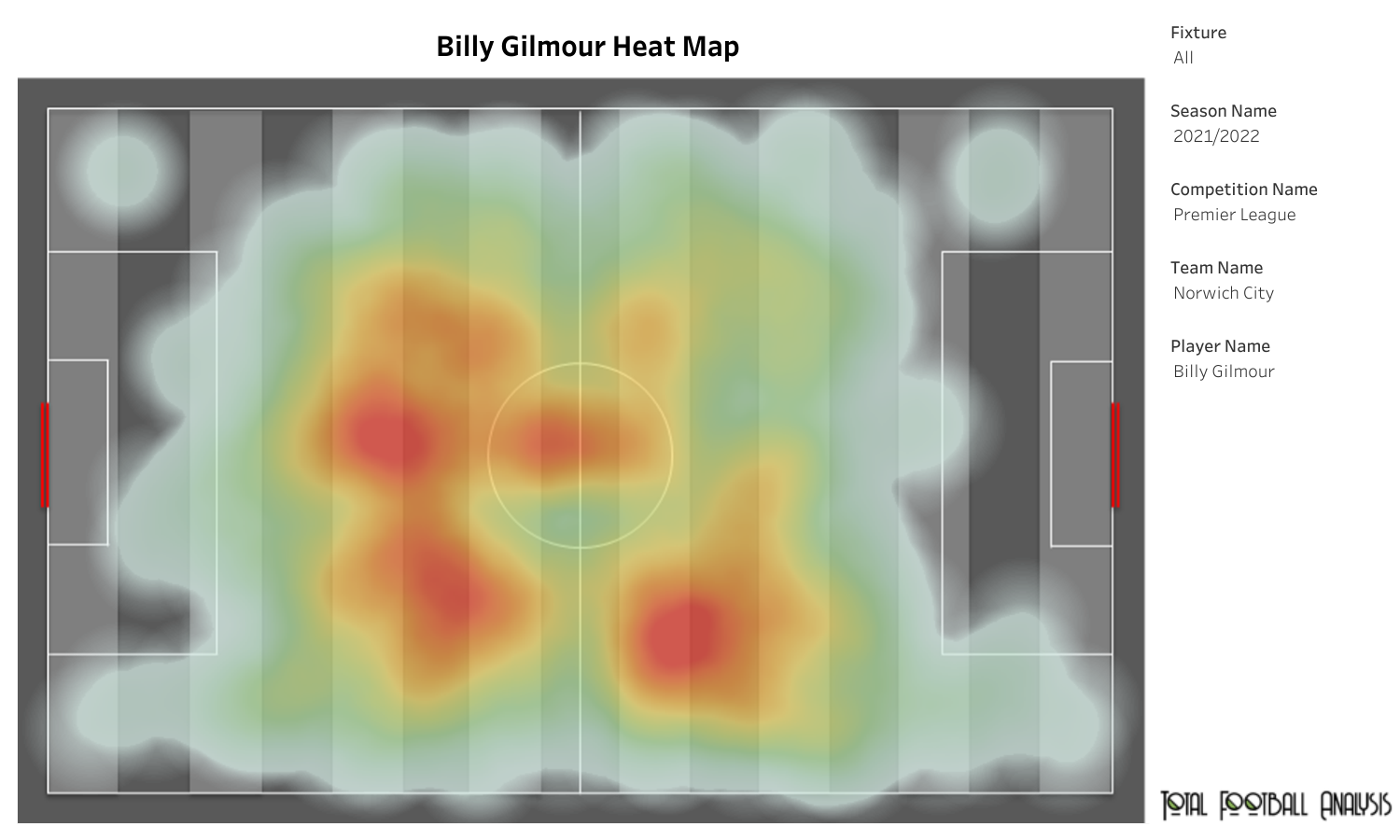 Gilmour made 24 appearances for Norwich City last season in the English Premier League. He failed to score a goal but provided an assist in the season. The above heat map shows the average position of the midfielder this season. We can observe that his average position was just behind the half-line. He remained in the centre of the park and took some advanced positions on the right side. Gilmour took very few positions in the opposition’s final third. 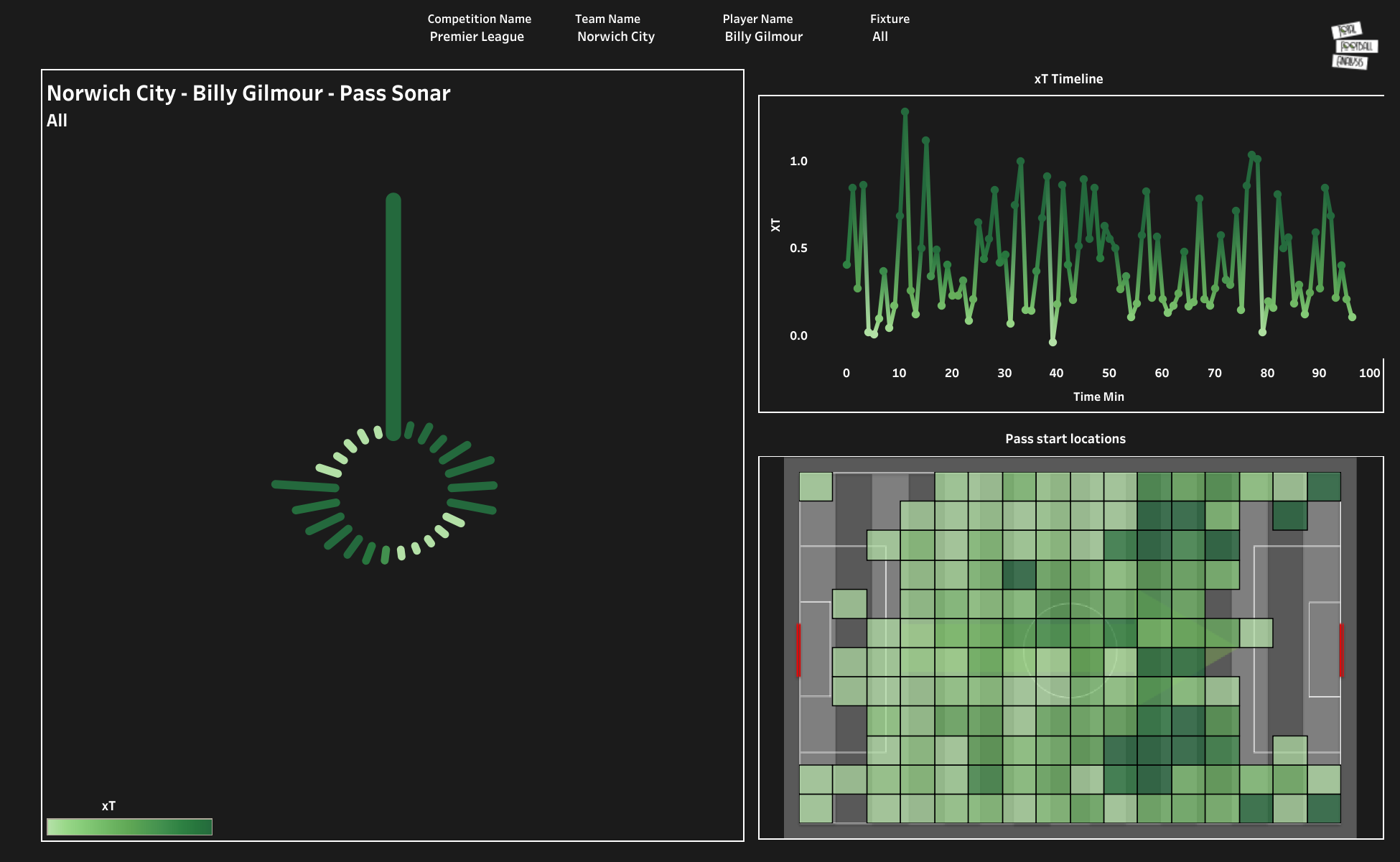 The above viz shows the pass start location as well as the xT timeline. Gilmour was on set-piece duties for the Canaries. The highest threat was created by the passes attempted from the edge of the middle third to the attacking third. The 20-year-old averaged 48.12 passes per 90 minutes with an 84.88% passing accuracy rate. Of these 48 passes, 7.73 passes per 90 minutes were attempted into the opposition’s final third. The xT timeline shows that he created equal threats throughout the match.

Gilmour also attempted 17 shots throughout the season but only managed to hit the target thrice. He isn’t reputed for scoring goals and was unable to register a goal for his side. 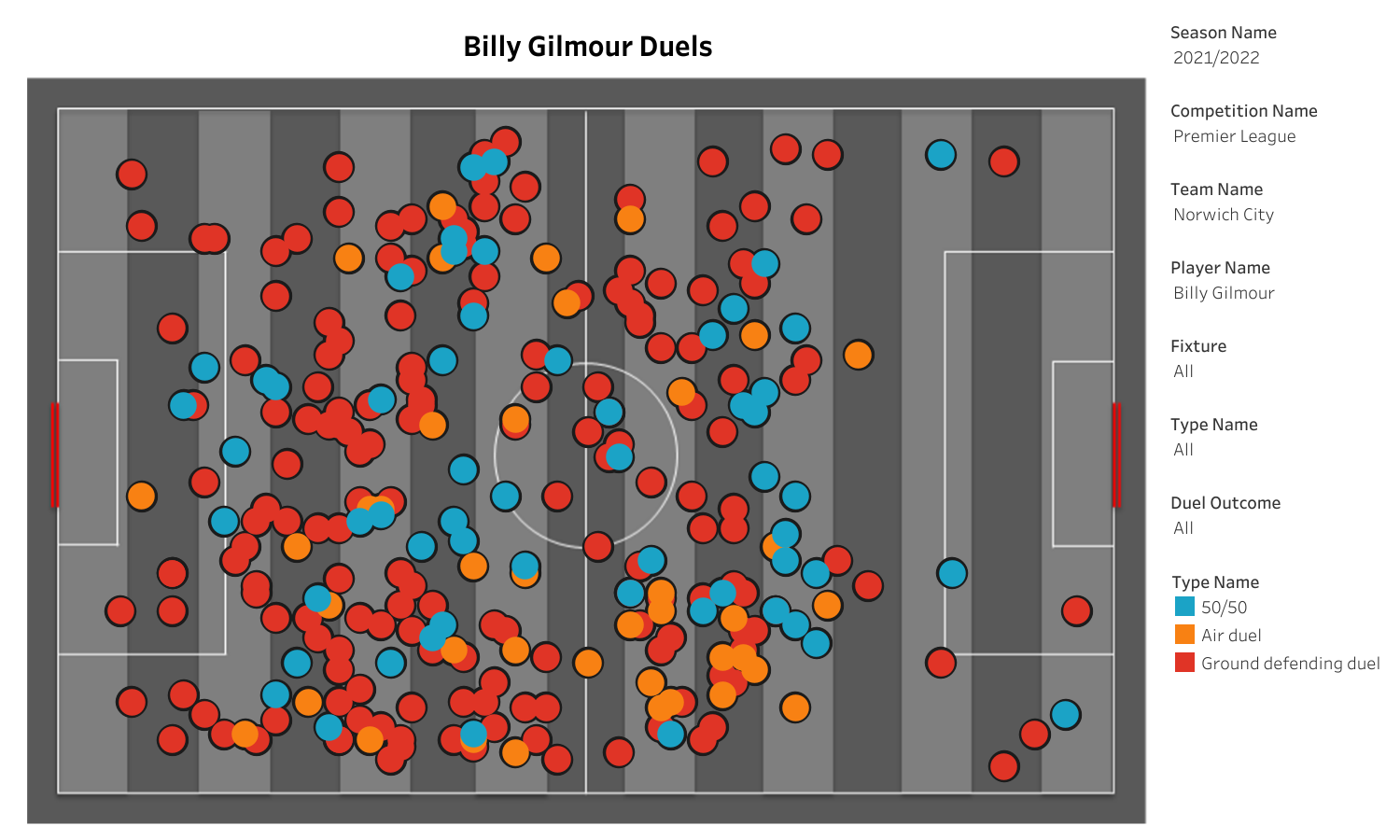 Billy Gilmour is young and has to learn a lot in the upcoming years. The player could be coached well under Frank Lampard if Everton agree on a deal with Chelsea to sign the player. He could provide stability to Everton’s midfield and increase their chances of playing in Europe.