For years now, West Ham United have had problems with their attacking department. There are only three attackers in the squad – Said Benrahma, Jarrod Bowen and Michail Antonio; none of them are pure centre forwards. Antonio played as one last season and returned a decent 10 goals. However, the Hammers need a striker who can deliver at least 15 goals a season if they are to challenge for the top four positions. Recently, there have been reports that West Ham have joined the race to sign Blackburn Rovers’ Ben Brereton Díaz. 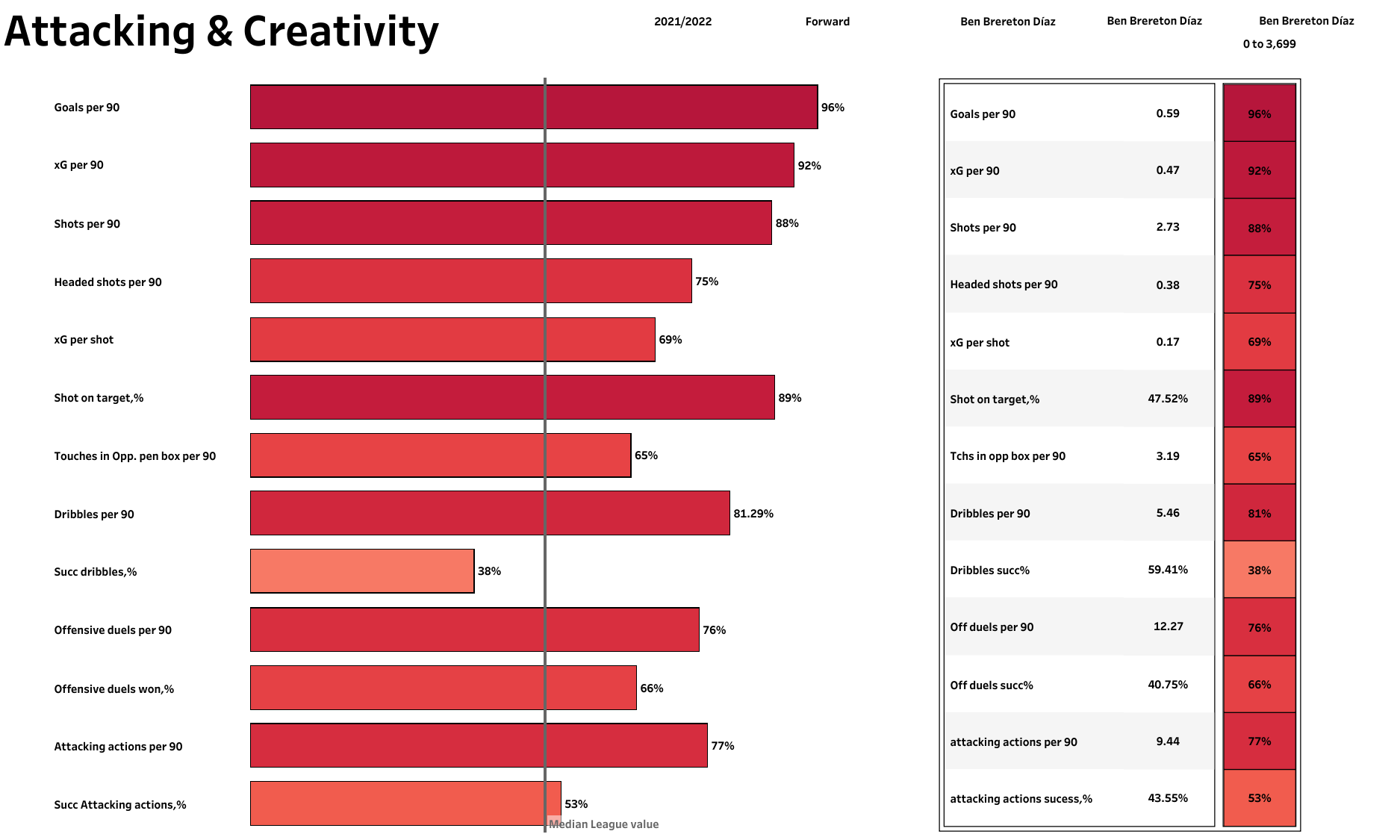 Brereton Díaz played 36 times last season in the EFL Championship for Blackburn Rovers. He scored 22 goals at a rate of 0.59 per 90, which was higher than the already impressive xG per 90 of 0.47. Were it not for the ruptured ankle ligament that he suffered in mid-February, which ruled him out for seven games, he could have scored even more. The Chilean took 2.73 shots per 90 and hit nearly 48% of them on target. He attempted nearly five and a half dribbles per 90, though his completion rate of 59.4% put him in the bottom half of forwards. 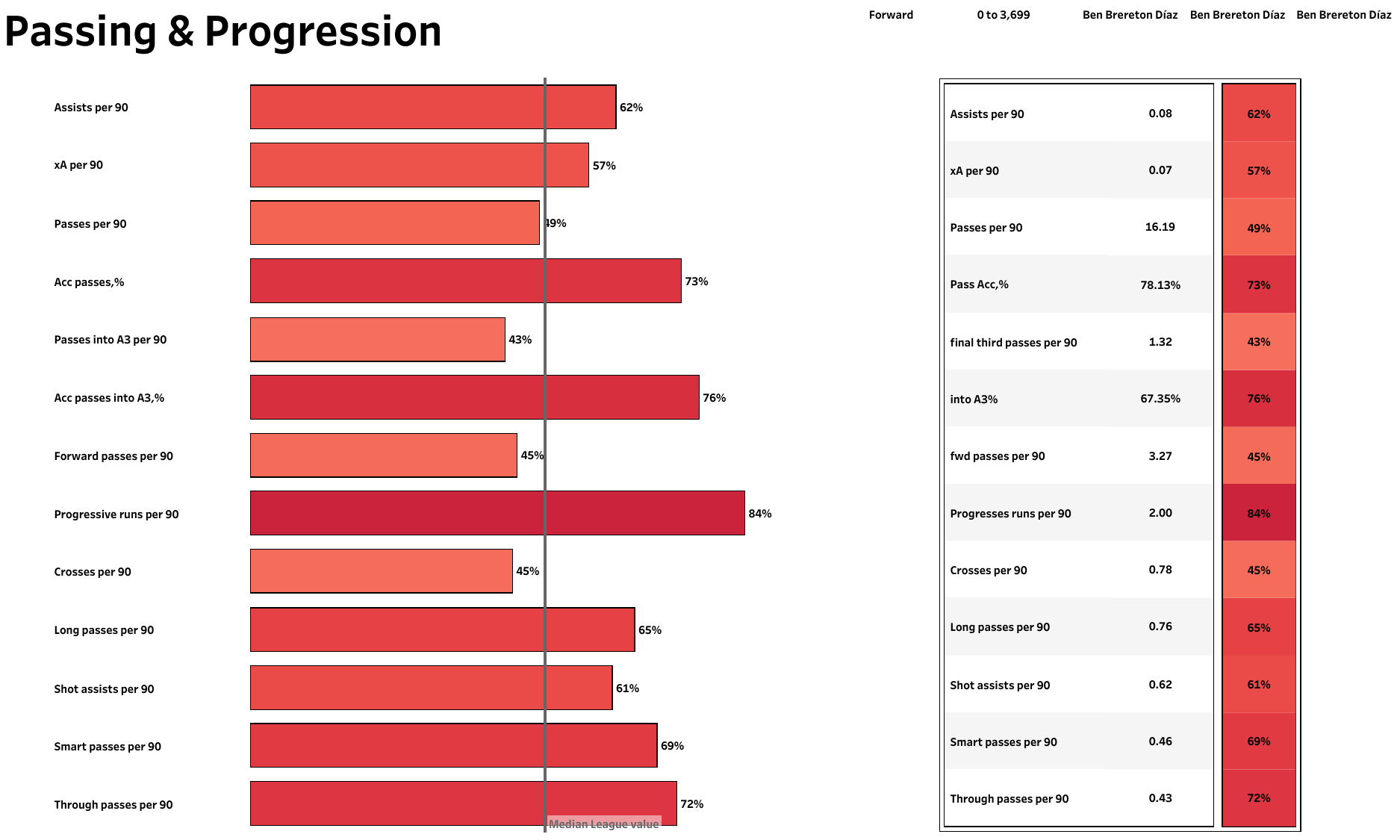 In addition to his 22 strikes, Brereton Díaz registered three assists, which took his goal involvement to one every 121 minutes. His pass accuracy of 78.13% was good enough to be ranked in the upper third among forwards despite his rather low involvement in the build-up play, where he averaged only 16 pass attempts per 90. It is a similar trend as far as passes into the final third is concerned. The striker made two progressive runs per 90, which placed him in the top 16% of attackers. He also performed well enough to be in the upper third for smart passes per 90 and through balls per 90. 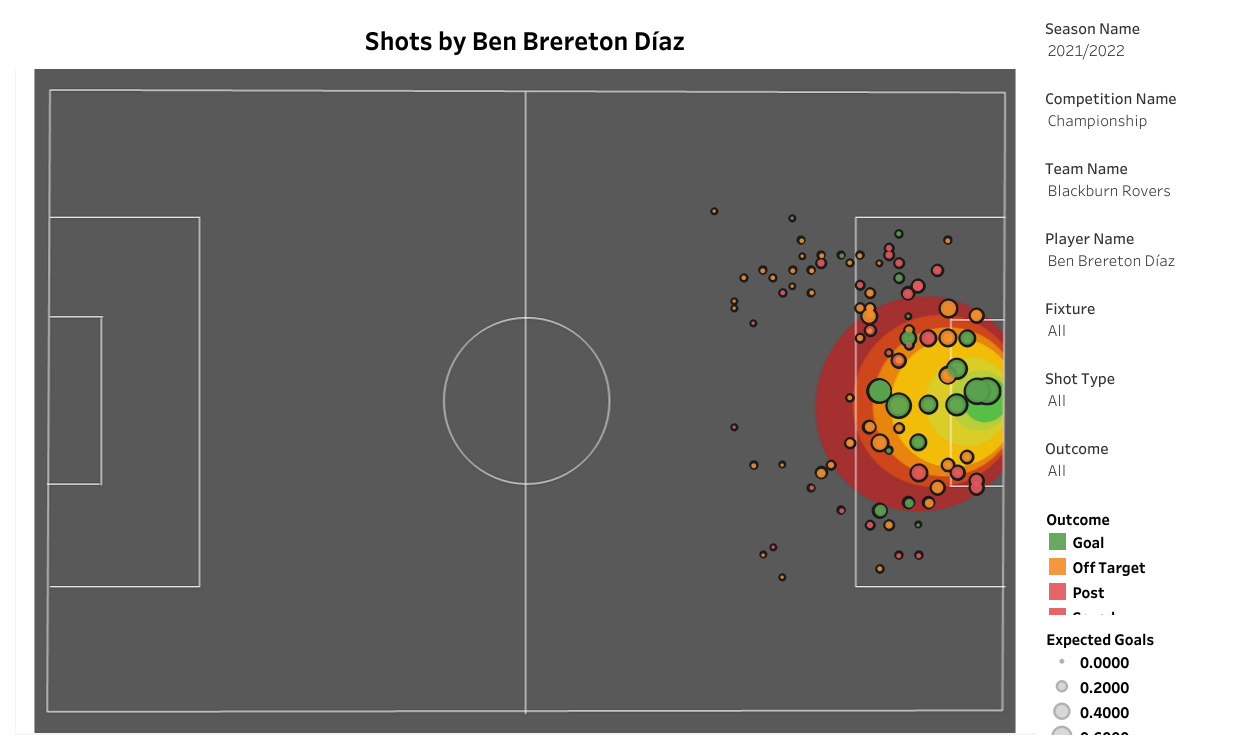 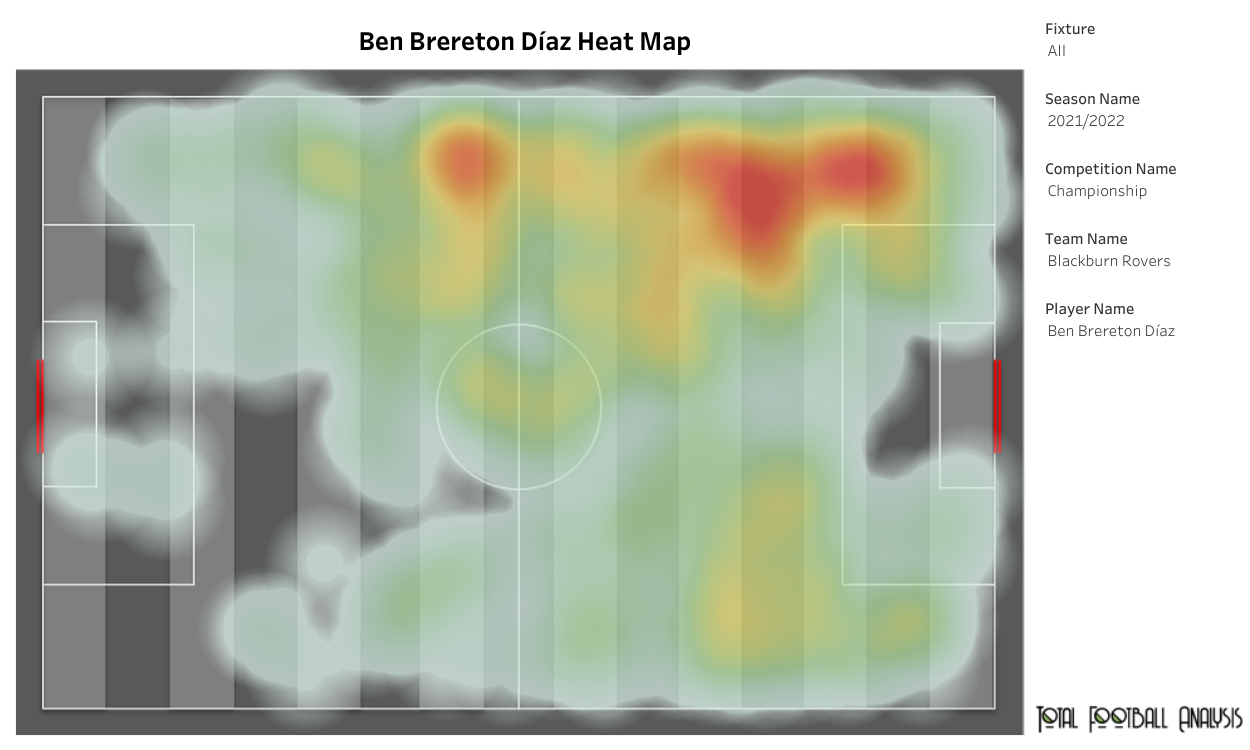 Even though Brereton Díaz was a centre forward, he often had little problem drifting towards the wings, particularly down the left-hand side. His advanced positioning indicated that he received multiple progressive passes every game from his teammates, maybe even the most of any man in the Blackburn squad.

Ben Brereton Díaz enjoyed a highly productive campaign for Blackburn Rovers, almost firing them to the playoffs. Were it not for injury, the Lancashire club may have competed in the promotion battle. With his contract expiring in 12 months’ time, West Ham United should try to acquire the Chilean striker.