Arsenal’s defender, Gabriel Magalhães, is on the transfer list of top European clubs. One of the teams that are keen on signing the Brazilian centre-back is Juventus. They have set their sights on the youngster and have shown their interest. Juventus are about to make an offer for the player and are willing to include their two midfielders in the deal. The Italian team has decided to include Arthur Melo and Adrien Rabiot in the swap deal for the players. Juventus had already decided to let these players leave in the summer. Now, they have included them in the deal and are waiting for Arsenal to accept the offer. If the deal happens, then Mikel Arteta will have two new names in the midfield. These players have played a lot of top-division football and play different roles from each other. 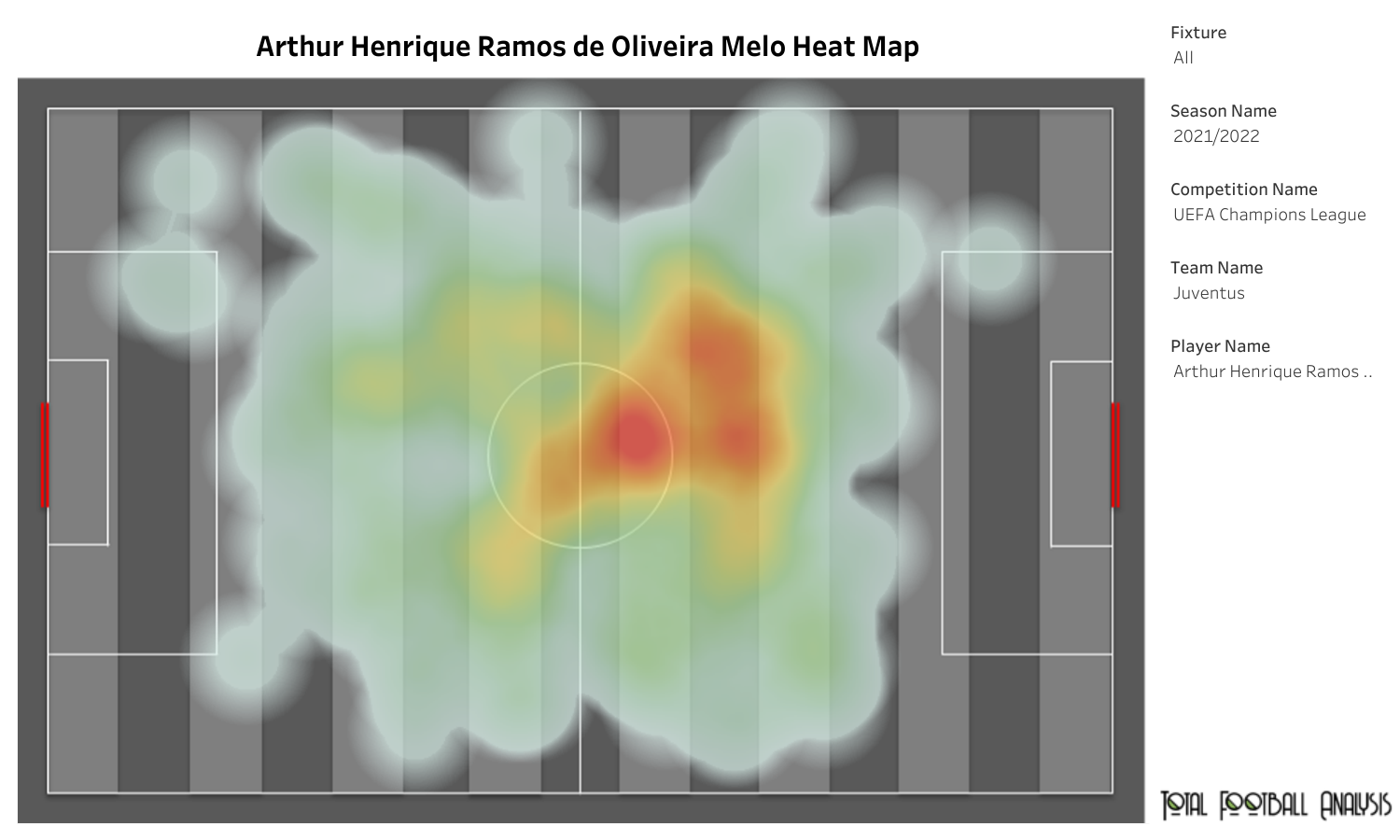 Arthur made a move to Juventus in January 2020 and made 31 appearances last season. Arthur was unable to score a goal but provided one assist last season. The above viz shows the heat map of the player in six UEFA Champions League appearances. Arthur played at the heart of the midfield for the Italian side. Arsenal are in pursuit of signing Youri Tielemans but are unable to convince the club or the player. Arthur can fill a similar role and also write plays from the centre. 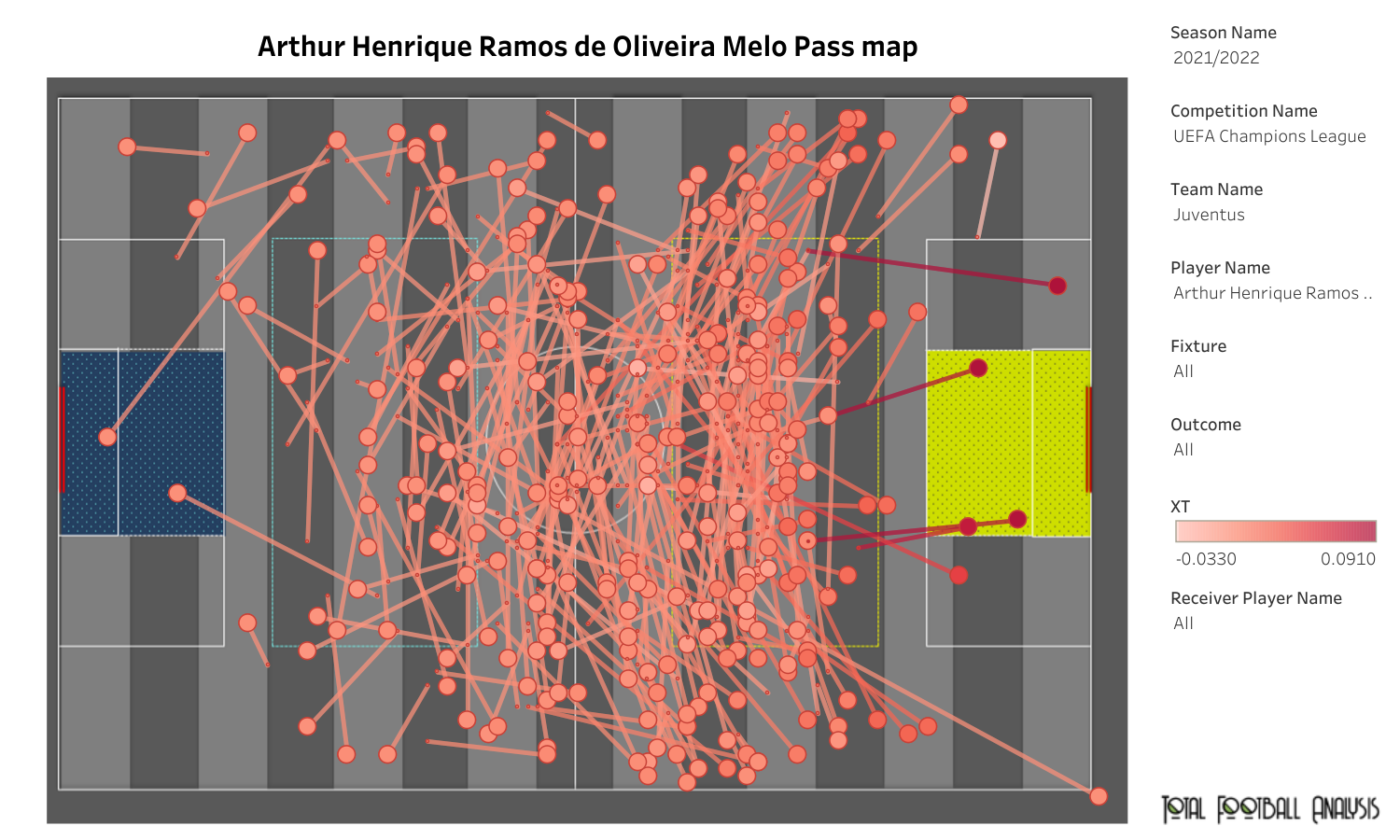 The above viz shows all the passes that were attempted by the midfielder last season. Arthur was ranked very high amongst midfielders in the passing stats. He averaged 89.7 passes per 90 minutes with a high accuracy rate of 94%. The average was high as the player made most of the appearances off the bench. Of these 89 passes, 16 were attempted into the attacking third of the opposition. This shows that the midfielder was positive with his passing and can deliver some dangerous passes. Other than this, he also contested a few duels to win the ball back for his team in the midfield. 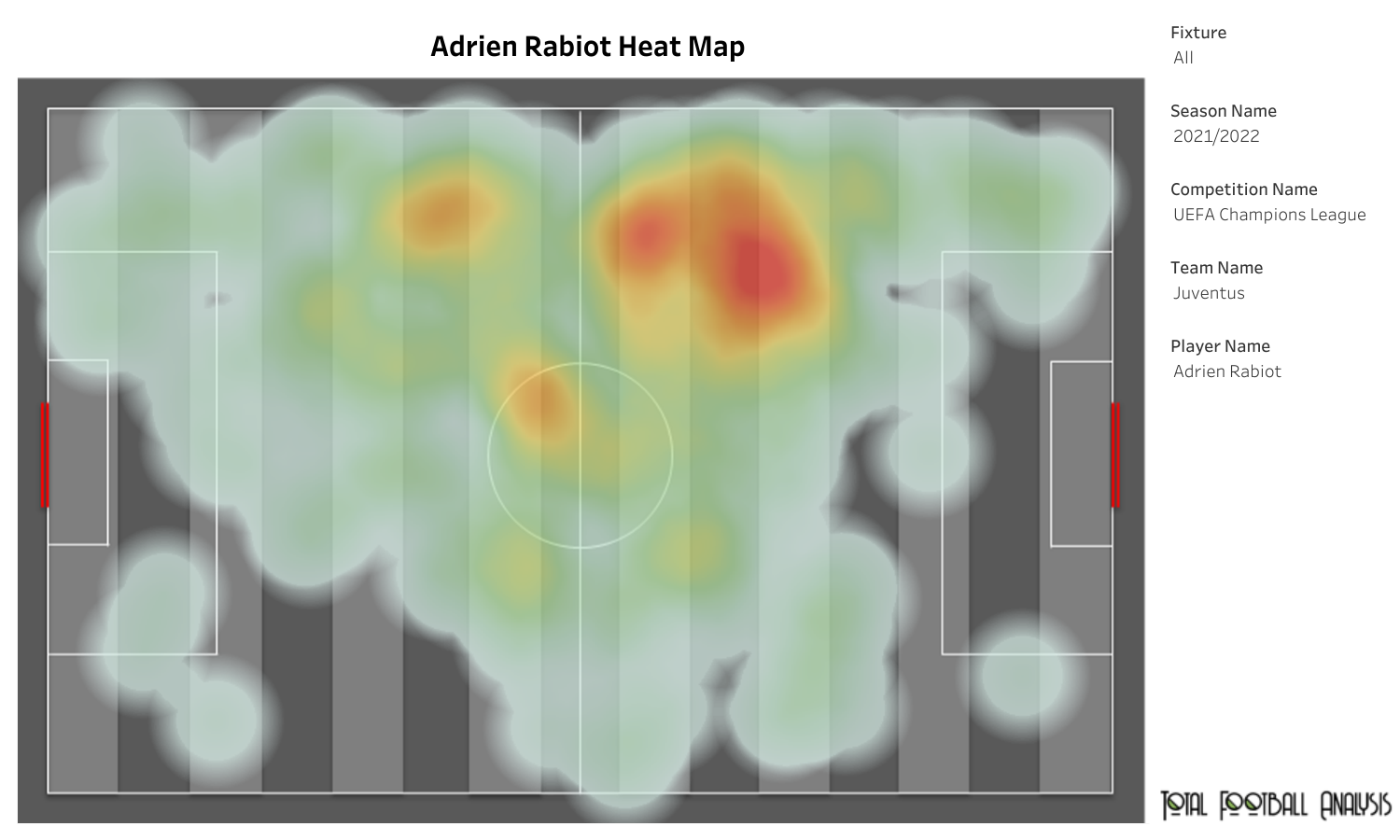 Rabiot, on the other hand, was signed in 2019 from PSG. He won the Serie A title in his first season with the club. Last season, Rabiot made 45 appearances for Juventus in all competitions. He scored one goal and provided two assists. Rabiot featured in seven UEFA Champions League matches and started as the left midfielder. He ran box-to-box and covered a lot of areas on the field. The player was involved in more attacking actions than Arthur. 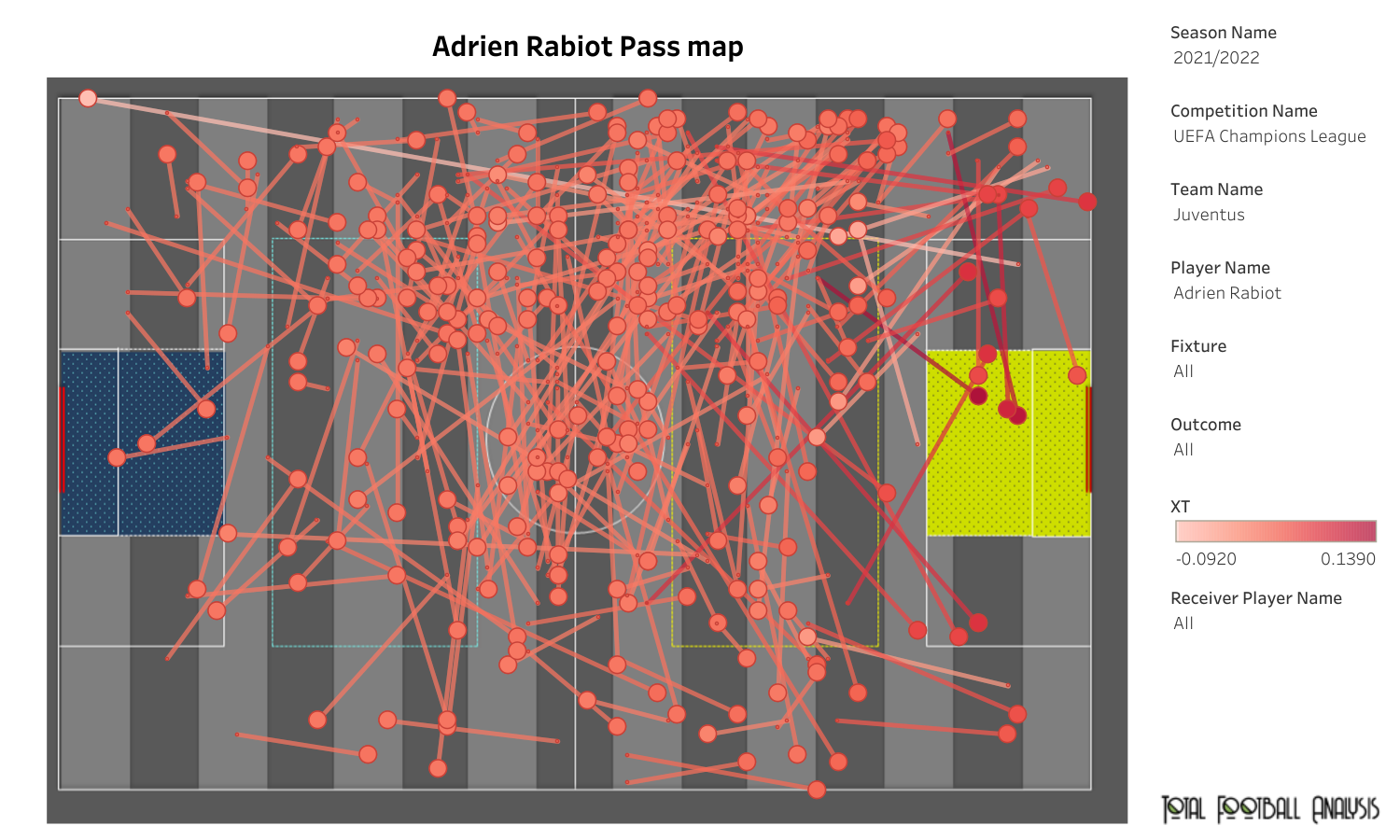 The 27-year-old Frenchman averaged 43.4 passes per 90 minutes and had an 89.05% accuracy rate. The above viz shows that the player attempted to pass into the opposition’s penalty box from the flanks. He likes to get involved in the attack and create chances for his teammates.

Both players have a different role on the pitch. Arthur likes to dictate the play and Rabiot likes to get involved in the play inside the attacking third. They can also contribute defensively and win duels for their team. However, a move is only possible if Arsenal agree to sell their highly-rated defender. Otherwise, the players might remain at Juventus or end up playing for some other team in the English Premier League or some other league.