Eyebrows were raised when Villarreal paid €23.5 million to sign Arnaut Danjuma from the EFL Championship team, Bournemouth, as many thought the then-Europa League holders paid a little too much for a player in the second tier of English football. However, the doubters were all proven wrong as the Dutchman had a good campaign for the Yellow Submarines in LaLiga. But in the UEFA Champions League, he was even better than what most people would expect. West Ham United have been struggling for consistently-performing attackers for years now. The Hammers will need to reinforce their front line if they are to challenge for a top-six spot once again, and Danjuma is one of their targets. 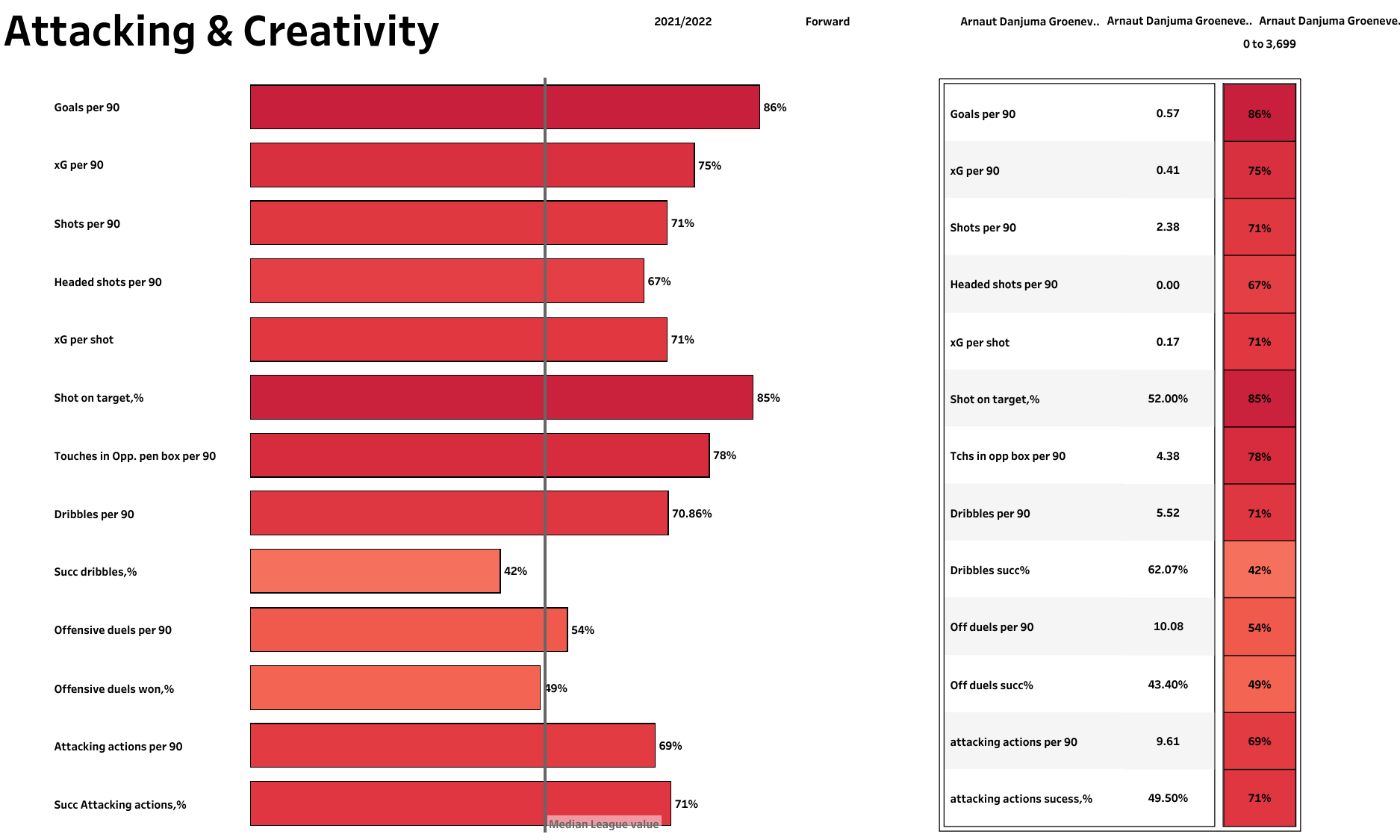 Danjuma featured in 11 matches for Villarreal in the recently concluded 2021-22 UEFA Champions League season as they went on a fairy tale run to the semi-finals, defeating Juventus and Bayern Munich in the Round of 16 and quarter-finals, respectively. His six goals made at least some, if not, the big difference for the Yellow Submarines. Danjuma scored at a rate of 0.57 per 90, which was higher than the 0.41 per 90 that xG estimated. He attempted over 2.3 shots per 90, and more than half of these attempts tested the opponents’ keepers. With more than four touches in the opposition’s penalty box per 90, he provided threat high up the pitch for Villarreal. 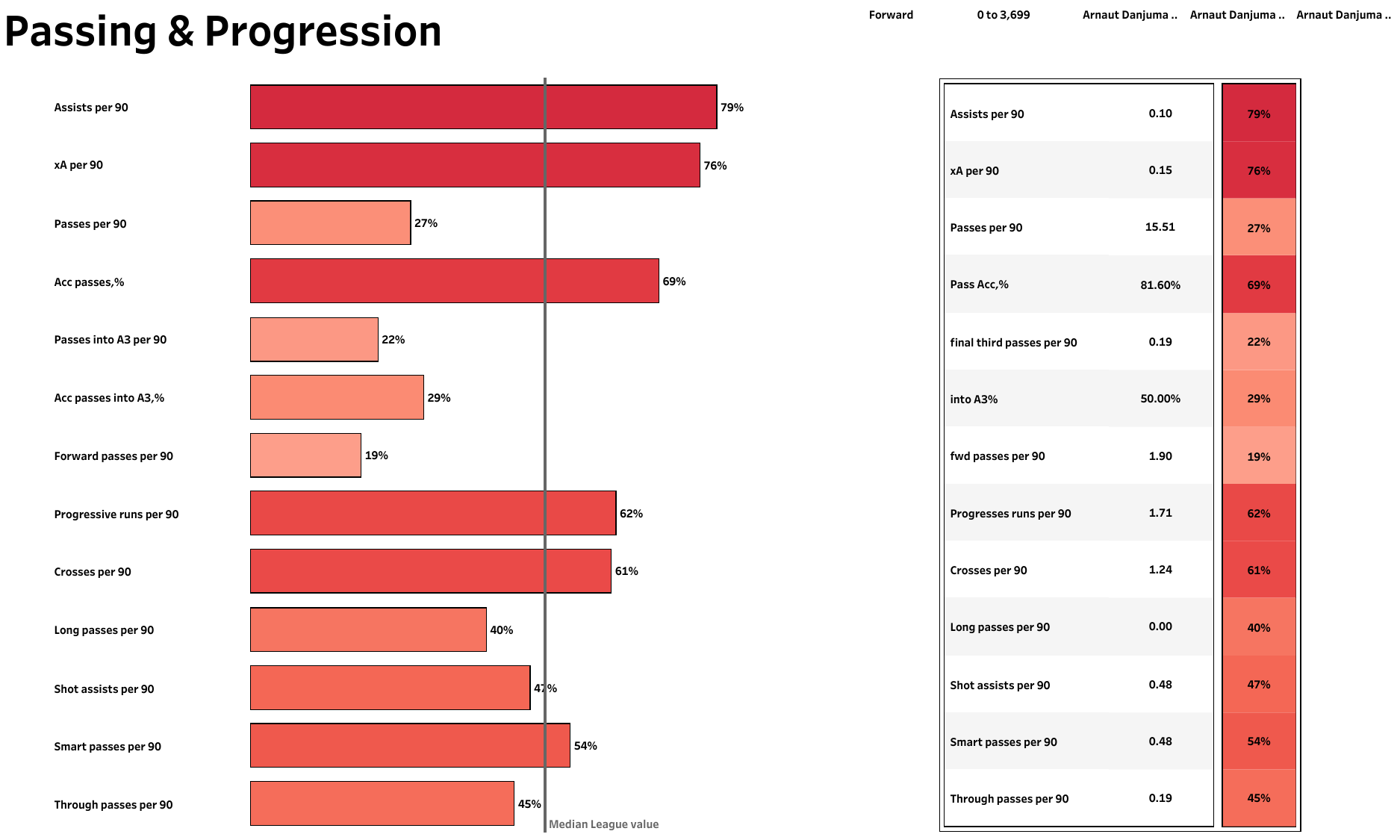 In addition to his six goals, Danjuma provided two assists during his time on the pitch, meaning he was involved in a goal every 113 minutes for Villarreal in the competition. He was not involved much in the build-up play for Unai Emery’s side, averaging only 15.5 pass attempts per 90, but his pass accuracy was a respectable 81.6%. The Dutchman ranked above average among attackers for progressive runs per 90 and crosses per 90 with 1.71 and 1.24, respectively, to his name. 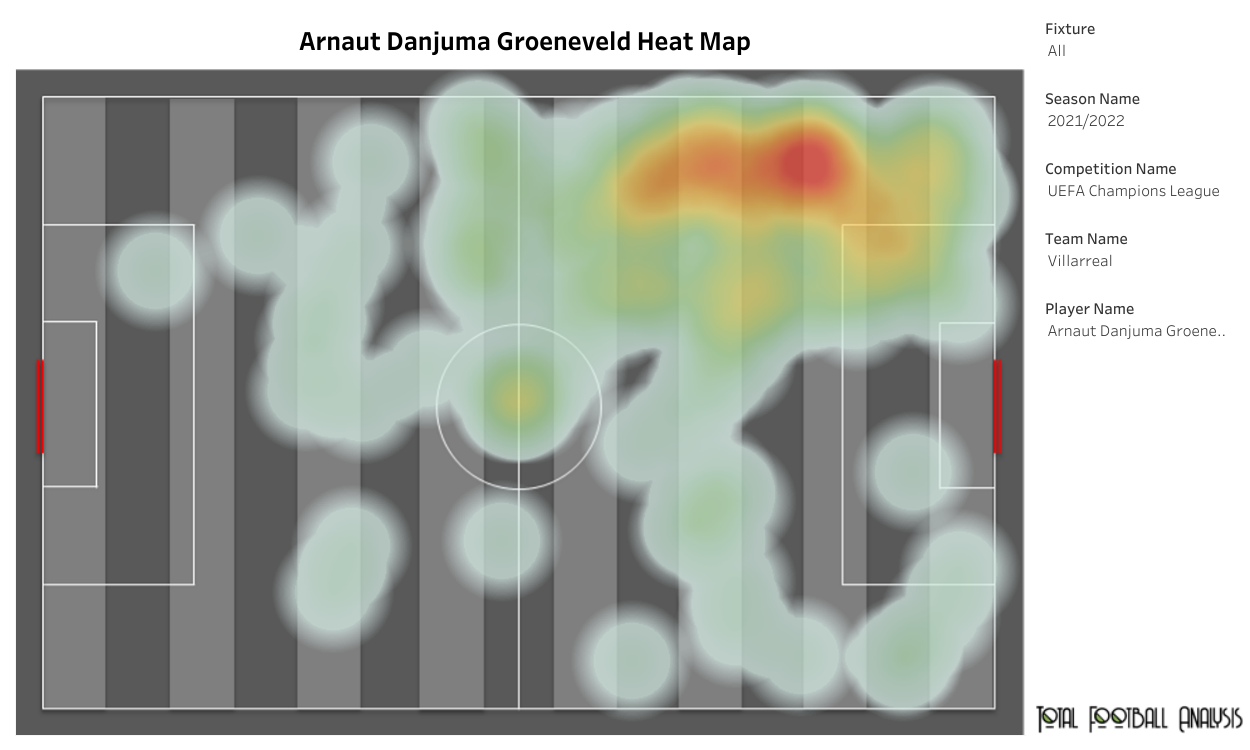 Danjuma played on the left-hand side of the pitch, as shown in the above heat map. He was often available in advanced positions, receiving 6.9 progressive passes per 90 and making 3.3 progressive carries per 90. Danjuma’s defensive work rate was a little below than what Emery would have liked as he attempted only 8.6 pressures per 90, which was the third-lowest in the Yellow Submarines squad among regulars. 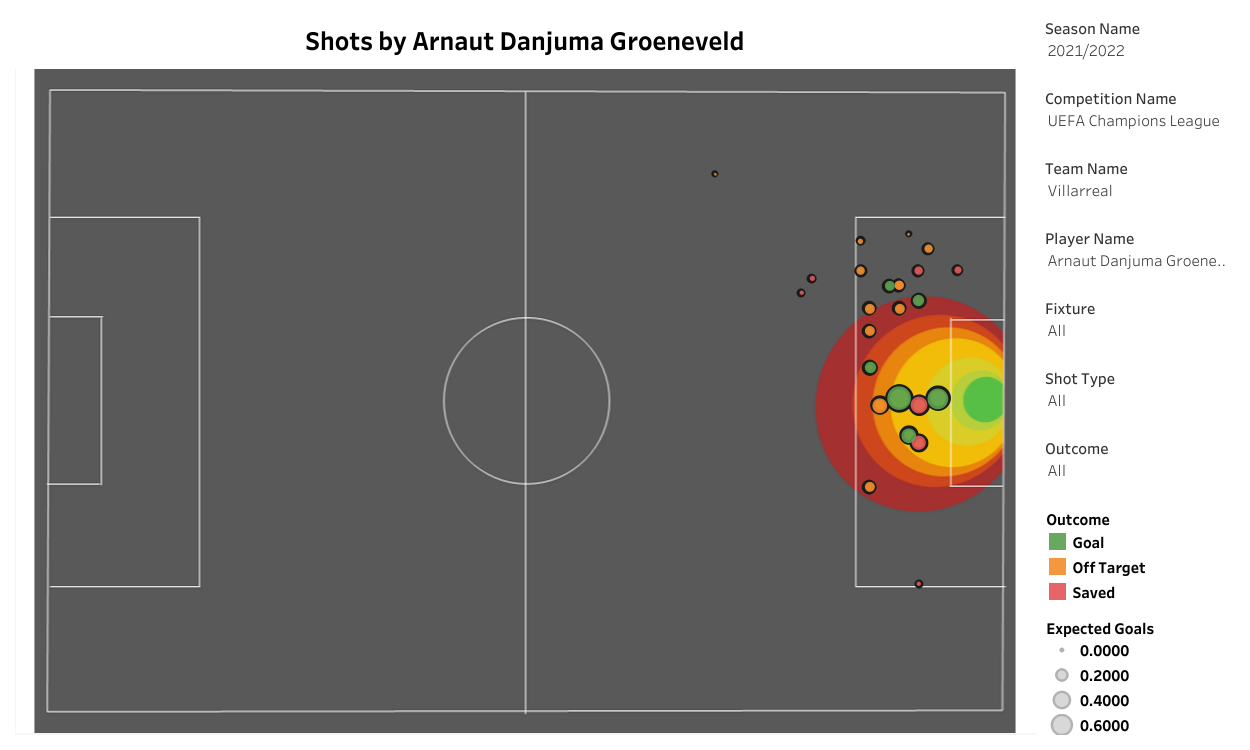 All the six goals scored by Danjuma came from inside the box, and his average shot distance was 15.5 yards from goal, according to FBREF. In fact, the Dutchman attempted only three shots from outside the box. Danjuma attempted 24 shots, meaning he had a conversion rate of four shots per goal scored.

Arnaut Danjuma was one of the players who was least expected to shine for Villarreal in the Champions League and yet, surpassed all expectations. Having scored against both Juventus and Bayern Munich, he could lead the West Ham attack in the upcoming Premier League season.