Southampton had another subpar campaign in the Premier League season just gone by. The Saints had a record of nine wins, 13 draws and 16 losses, scoring 43 goals. James Ward-Prowse and Che Adams finished as the club’s top two goalscorers, but it was the Chelsea loanee, Armando Broja, who surprised most Saints fans this season. West Ham are looking to reinforce their attack this summer ahead of the upcoming season. In this article, we will assess whether Broja is the right man for the job at London Stadium. 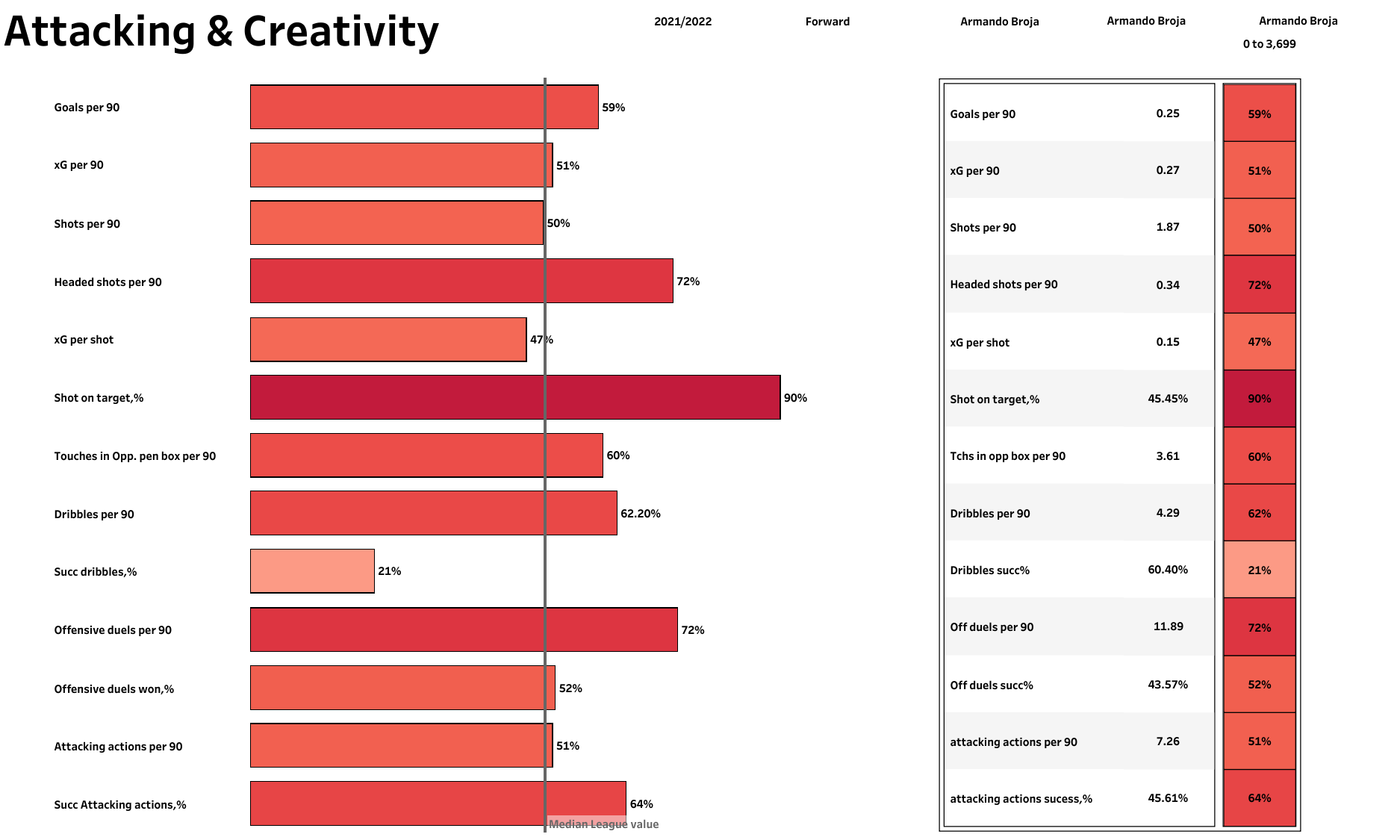 Broja played 32 games for Southampton in the 2021-22 Premier League season, totalling 1,975 minutes. In this playing time, he scored six times for the Saints in what was his first full campaign with a team in the Premier League. Broja scored 0.25 goals per 90 for Southampton, which is slightly less than the 0.27 xG estimated. England-born Albania international took only 1.87 shots per 90 but hit 45.45% of them on target. His percentage of shots on target puts him in the top 10% of strikers this campaign. Broja also attempted 4.29 dribbles per 90, completing 60% of them. 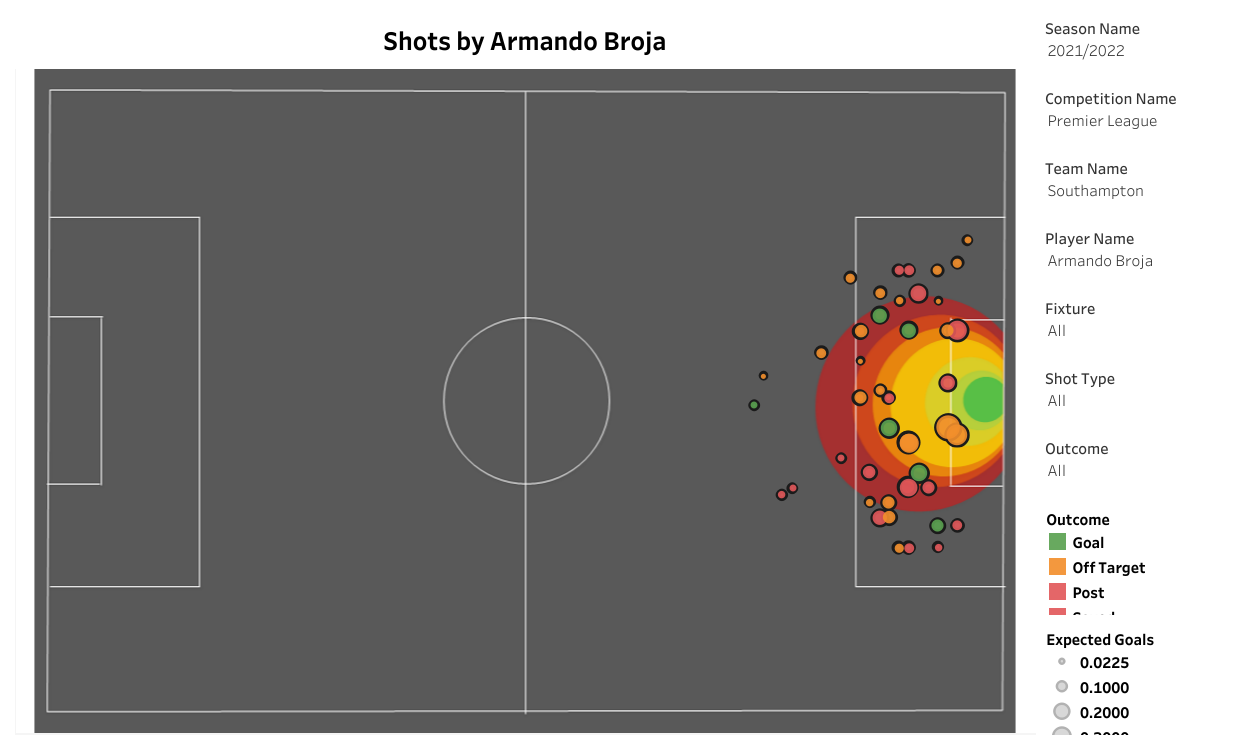 Given above is the shot map of Armando Broja for Southampton in the recently concluded Premier League season. All but one of his six goals came from inside the opposition’s penalty area. In fact, Broja attempted only seven shots from outside the box. The average shot distance of Broja for the Saints was 12.1 yards. The Albanian registered 48 shot attempts, meaning he needed eight shots to score a goal. Aged just 20, he still has time on his side to improve his efficiency in front of the goal.

Seen in the above visual is the pass sonar, xT timeline and xT map of Broja in the 2021-22 Premier League season for Southampton. On a semi-regular basis, Broja managed to create an xT score of 0.5 or higher but didn’t exceed 1.0. Whatever little xT he generated, came from simple forward passes, and it originated from the opponents’ penalty box. The Albanian primarily relied on the likes of James Ward-Prowse, Che Adams and Nathan Redmond to produce the threat.

Armando Broja has been one of the breakout stars in the 2021-22 Premier League season. His previous top-flight experience came in the Eredivisie with Vitesse. Another campaign in the Premier League will do good for his development as a striker. With just one Premier League season under his belt, West Ham should not look to sign the Albanian on a permanent basis. However, if the Hammers want a loan move, they can gamble on the 20-year-old and bring him to the London Stadium.