Everton’s search for players continues as Chelsea striker, Armando Broja, emerges as the latest target for the Merseyside club. The Toffees are on the brink of losing some of their players. Dominic Calvert-Lewin and Richarlison are on the transfer lists of a few English Premier League clubs. Everton are looking for strikers who could replace the duo and help them to a top-half finish. Broja spent the season out on loan at Southampton. He is unlikely to find a place in Thomas Tuchel’s side and will likely move to a new club in the summer. His performances impressed a lot of clubs, and Everton are facing competition for the signing of the player. 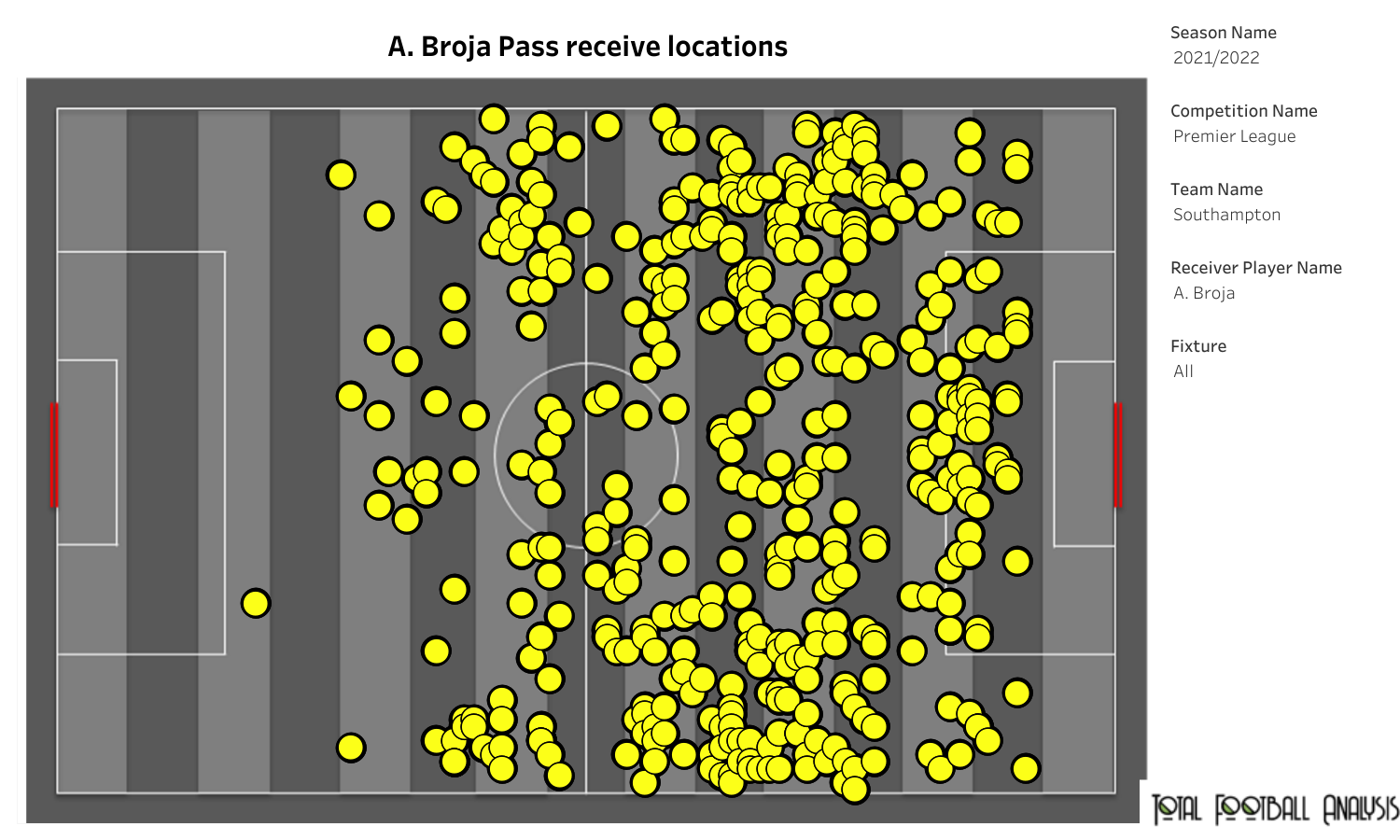 Broja made 32 league appearances for Southampton last season, of which nine came off the bench. The forward managed to score six goals for the Saints. The above viz shows the location of the passes that were received by the player. It can be observed that Broja made a lot of wide runs to receive the ball. He averaged 3.6 touches per 90 minutes inside the opposition’s penalty box. 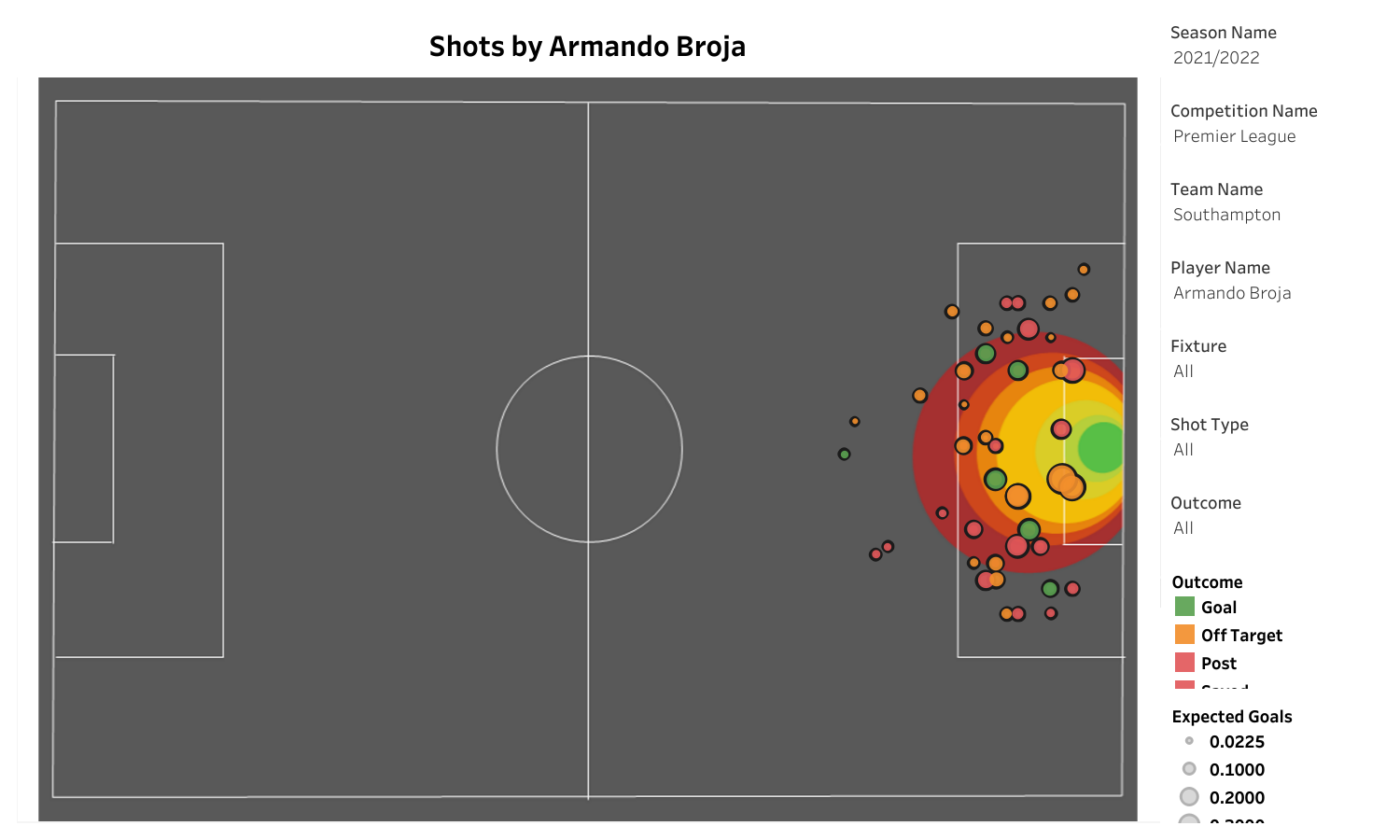 The forward was involved in 7.26 attacking actions per 90 minutes with a success rate of 45.61%. With an average of 1.87 shots per 90 minutes, the player had a shot accuracy rate of 45.45%. Broja scored five goals from inside the opposition’s penalty box and one goal from outside the box. By looking at the above viz, it can be observed that the striker had a high shot accuracy rate whenever he attempted shots from the right side. 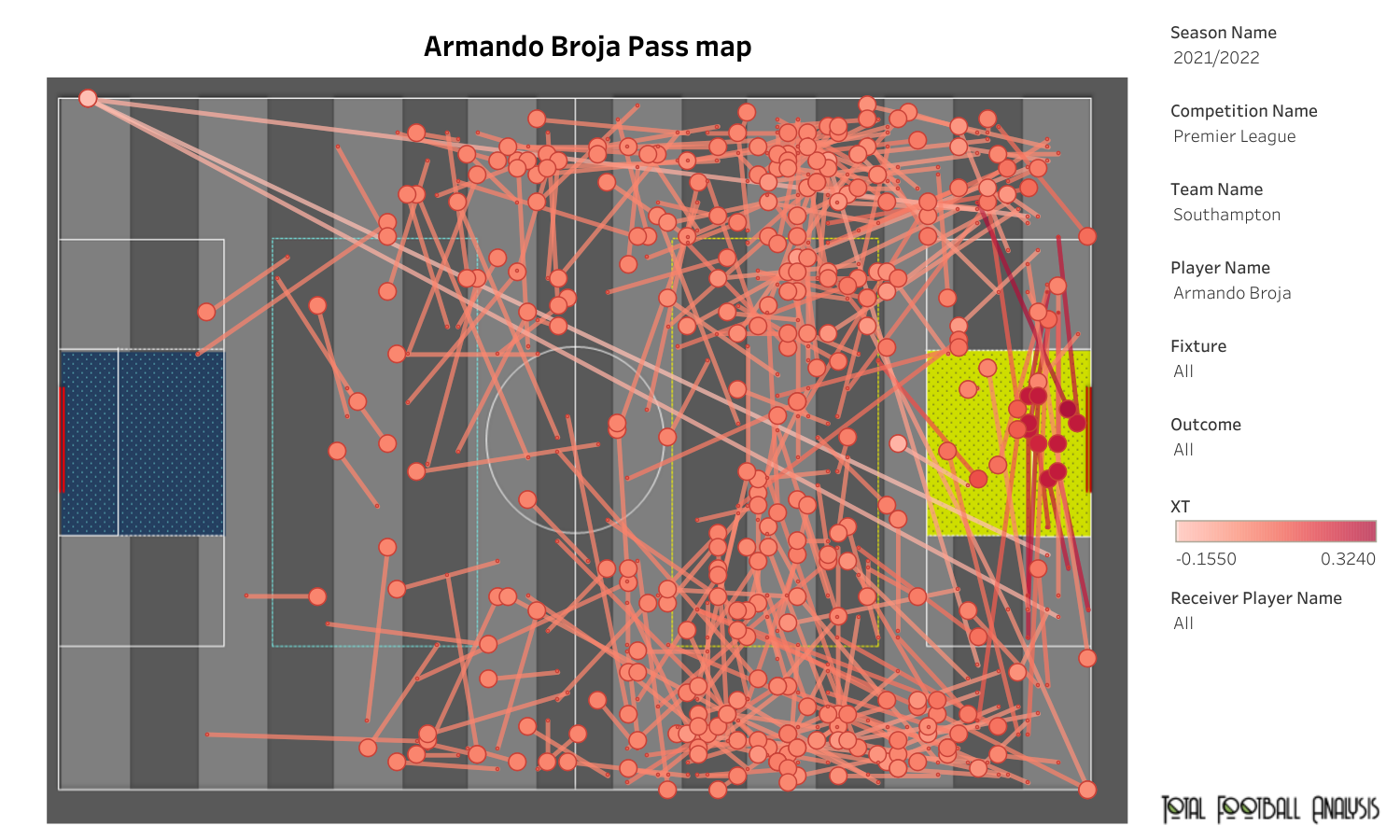 The 20-year-old striker averaged 13.93 passes per 90 minutes with an accuracy rate of 70.73%. By looking at the above pass map, we can observe that the forward attempted a lot of passes into the opposition’s penalty box. Some of his passes landed inside the 6-yard box and created threats towards the opposition goal. However, Broja failed to find any of his teammates inside the box. 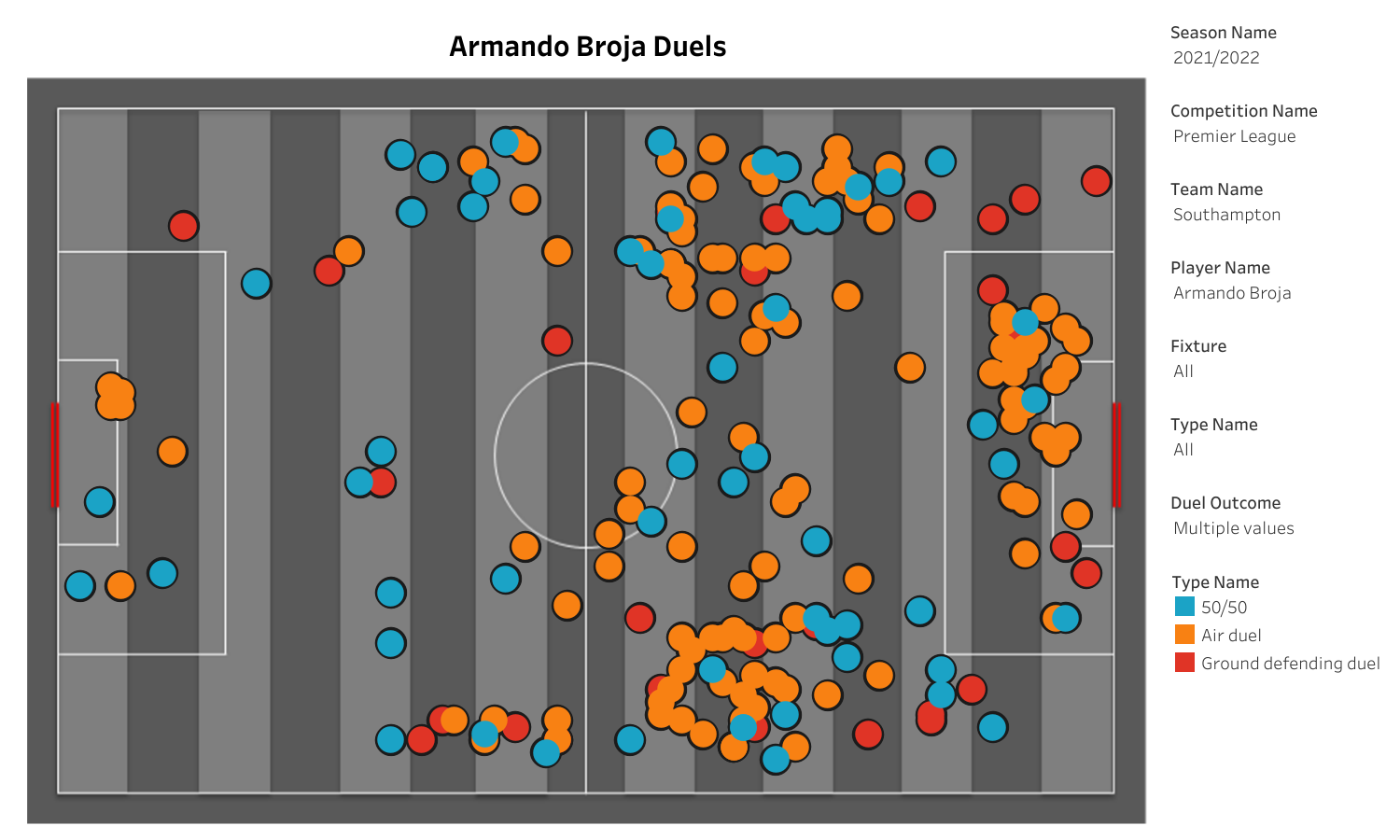 The Albanian international is a threat in the air. The above viz shows all the duels that were won by the forward or the duels that ended in a neutral result. He contested 11.4 aerial duels per 90 minutes and won 35.56% of them. The player won a few aerial duels inside the opposition’s penalty box, creating threats during set-pieces.

Armando Broja will be looking for game-time in the next season. He could turn out to be a perfect replacement for Dominic Calvert-Lewin if he leaves the club. Both players are strong in the air and can score goals. Everton will be battling the other English Premier League clubs for his signature.