So far this summer, West Ham United have made three signings – Alphonse Areola in goal from PSG, Nayef Aguerd in defence from Stade Rennais and most recently, Flynn Downes in midfield from Swansea City. However, they are yet to strengthen their attacking department, which is the area that requires the most attention. The Hammers have failed to sign Jesse Lingard (so far, at least), Armando Broja and Arnaut Danjuma despite being linked to signing all three. However, West Ham should try to bring in Amad Diallo from Manchester United on loan before the start of the season. 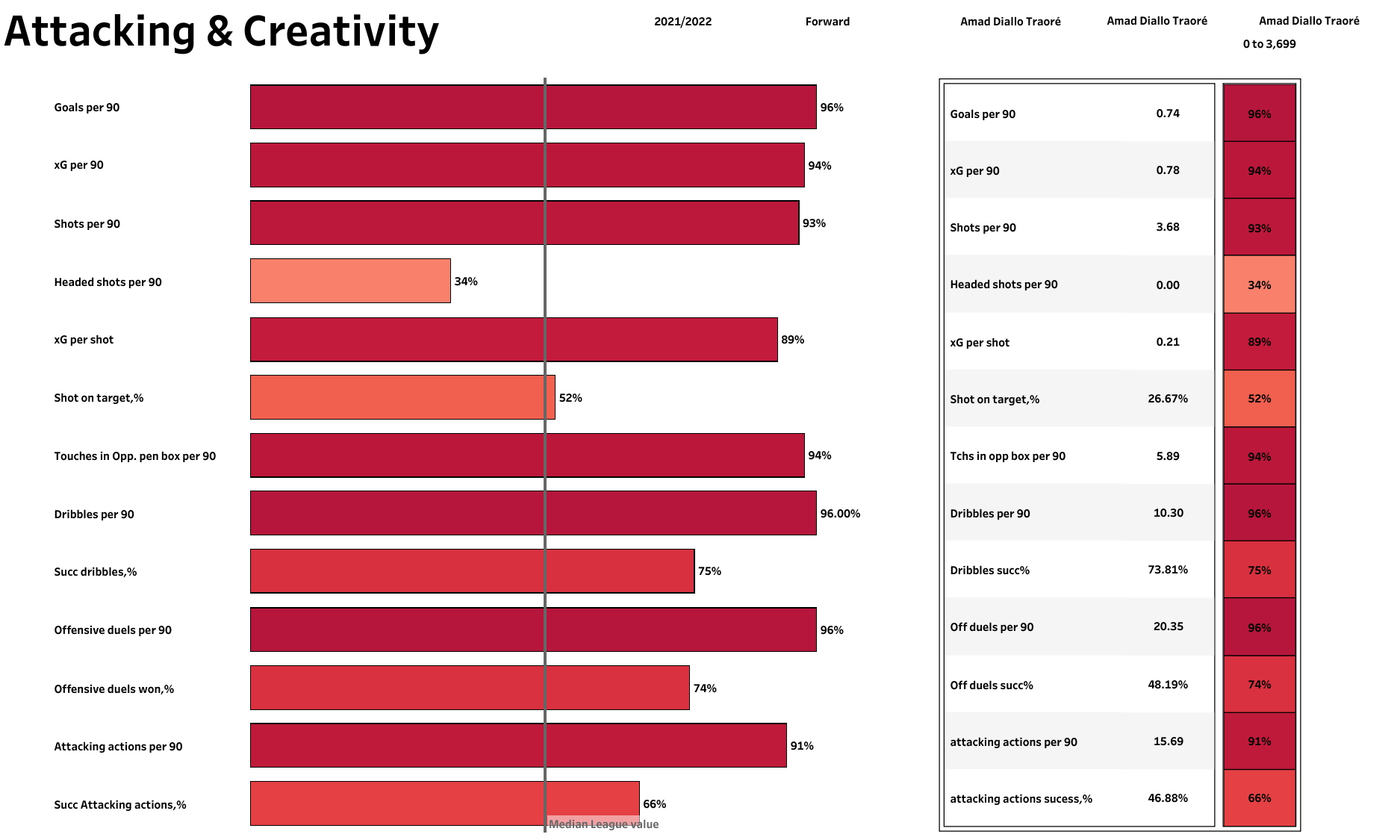 Due to a lack of game-time at Manchester United, Diallo spent the second half of last season on loan at Scottish giants, Rangers. He featured in 10 Scottish Premiership games, though he played only 344 minutes, coming on as a substitute in six matches and failing to play the full 90 minutes even once. During his time on the pitch, he scored thrice and did so at a rate of 0.74 goals per 90, which put him in the top 4%. He fired off 3.68 shots per 90, which was good enough to be ranked in the upper 7% among forwards. The Ivorian recorded 5.89 touches in the opponents’ penalty area per 90, putting him in the 94th percentile. 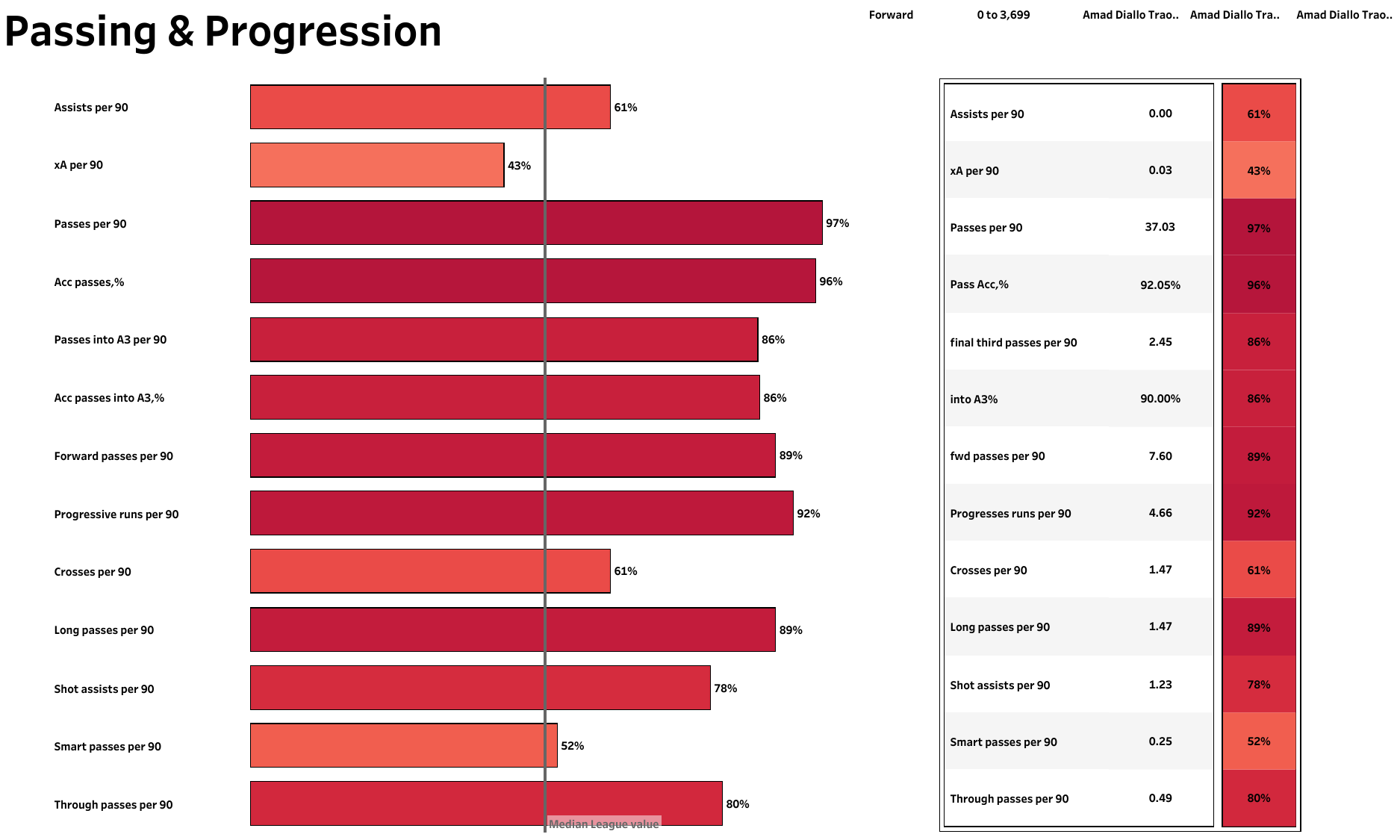 Diallo may not have registered an assist for Rangers, but he was participating in the team’s build-up play very regularly. He attempted over 37 passes per 90 at an accuracy of over 92%, ranking in the top 4% or higher in both categories. His pass accuracy into the attacking third was an equally impressive 90%, and he attempted just below two and a half per 90. The Ivorian made 4.66 progressive runs per 90, good enough to be in the 92nd percentile. He also completed 1.47 long passes per 90, which placed him in the top 11%. 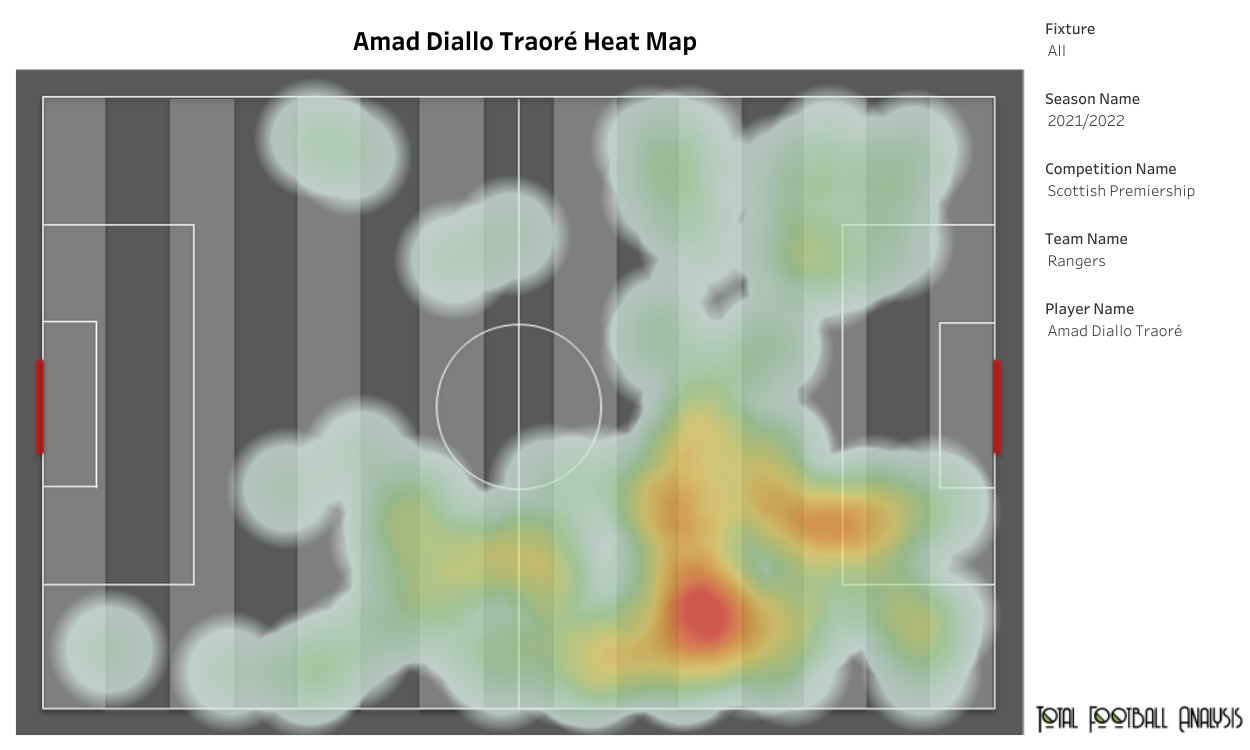 Diallo operated from the right wing whenever he was on the pitch for Rangers. He generated an xG per shot of 0.21, which was higher than 89% of forwards in the league. He attempted a whopping 10.3 dribbles per 90 and had a very respectable success rate of just below 74%. The Ivorian competed in 20.35 offensive duels per 90 and 15.69 attacking actions per 90, winning in 48% and 47%, respectively. 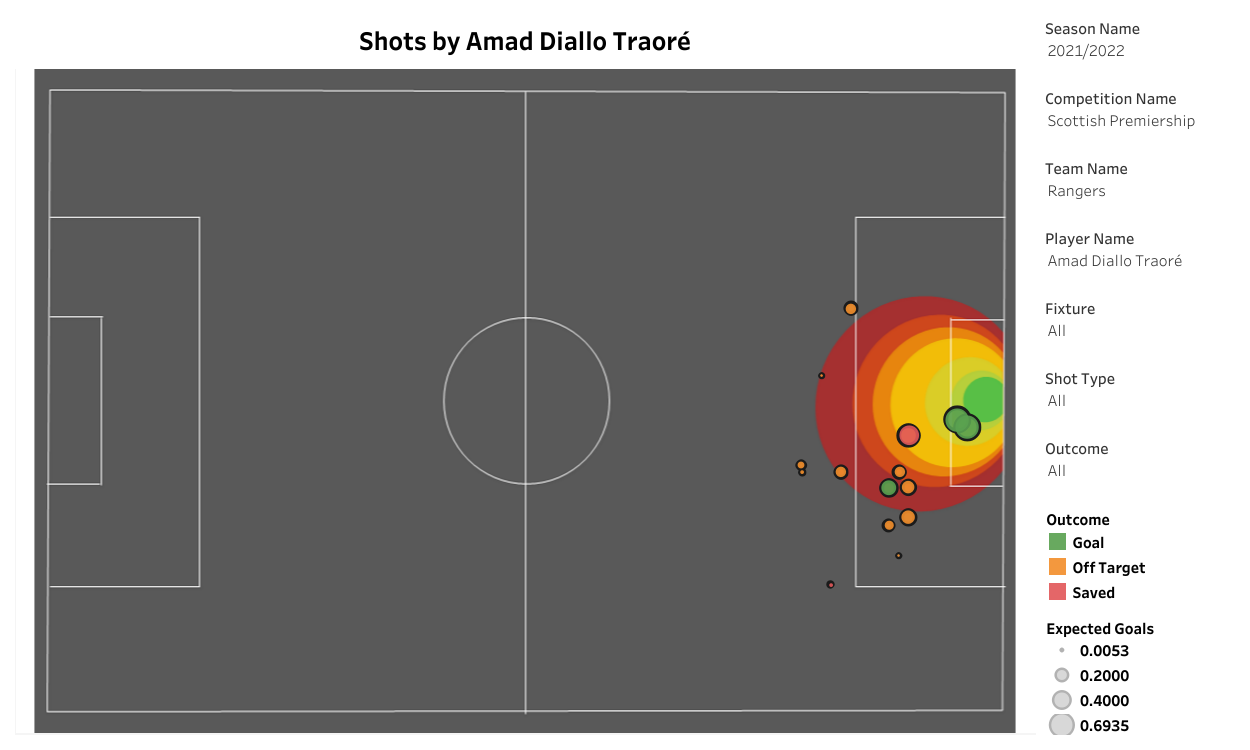 All three of Diallo’s goals came from inside the box. He did have one big chance from close range saved by the opposition keeper. Despite having a high xG per shot of 0.21, he could hit only 26.67% of his shots on target. The Ivorian attempted 15 shots, meaning he needed five shots to score one goal on average.

Amad Diallo’s future is uncertain at Manchester United given the competition on the wings at Old Trafford. Using this situation to their advantage, West Ham United should try to bring in the exciting youngster to the London Stadium, at least on a loan deal with an option to buy. If successful, the Hammers should opt to buy him permanently.

The post Transfer Talk: Amad Diallo – West Ham United should target the youngster and bring him in on a loan deal appeared first on Football analysis, news, betting and opinion from West Ham.