West Ham United finished the recent 2021-22 Premier League season in the seventh position on the points table. The Hammers failed to score in eight games across the league campaign, and 13 of their games had just one goal scored as they finished the season with 60 goals (1.58 per game). Michail Antonio was the only recognized centre-forward in the West Ham squad as the Jamaican netted 10 times and finished second in the Hammers’ scoring charts. Ahead of the next season, West Ham need to sign strikers who can consistently score goals. One such option could be Juventus’s Alvaro Morata. 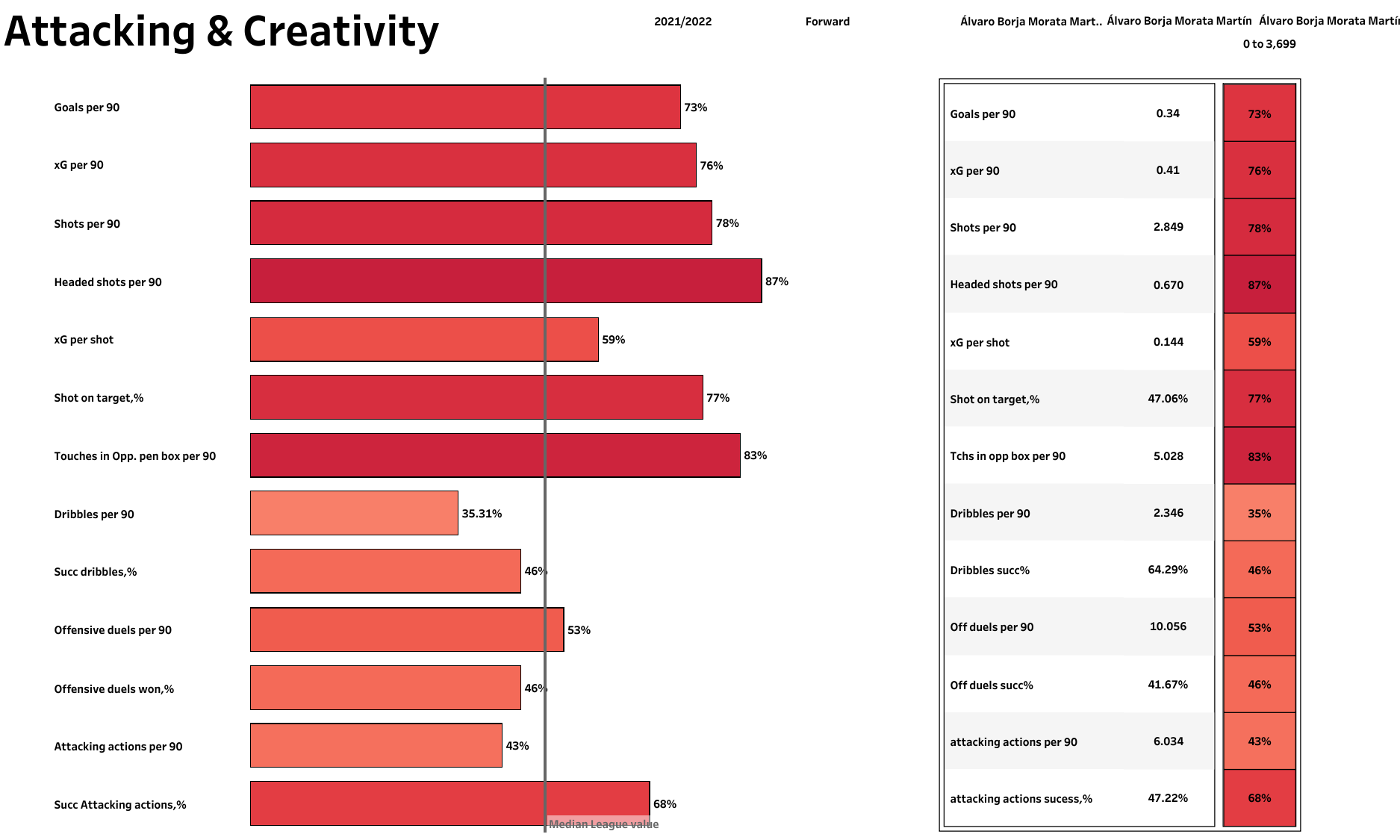 Morata played seven matches for Juventus in the 2021-22 UEFA Champions League as they were knocked out by Villarreal in the Round of 16. The Spaniard was on the pitch for 520 minutes, scoring twice and providing one assist, meaning he had a goal involvement every 173 minutes. The 29- year-old striker scored at a rate of 0.34 goals per 90, as he underachieved on his xG per 90 of 0.41. Morata fired off 2.85 shots per 90, of which 0.67 came from the head. The Madrid-born forward ranked in the top 13% of forwards in headed shots per 90 as he used his height of 187 cm to good effect. Morata made just over five touches in the opposition’s penalty area per 90 and hit over 47% of his shots on target.

Displayed above is the shot map of Morata in the UEFA Champions League season just gone by. Unsurprisingly, the vast majority of the Spaniard’s shot attempts came from inside the box. However, the 29-year-old missed a few big chances in front of the goal. Morata attempted 18 shots and managed to test the opponents’ goalkeepers on seven occasions, which meant that the Spanish striker required nine shots to score a goal on average. 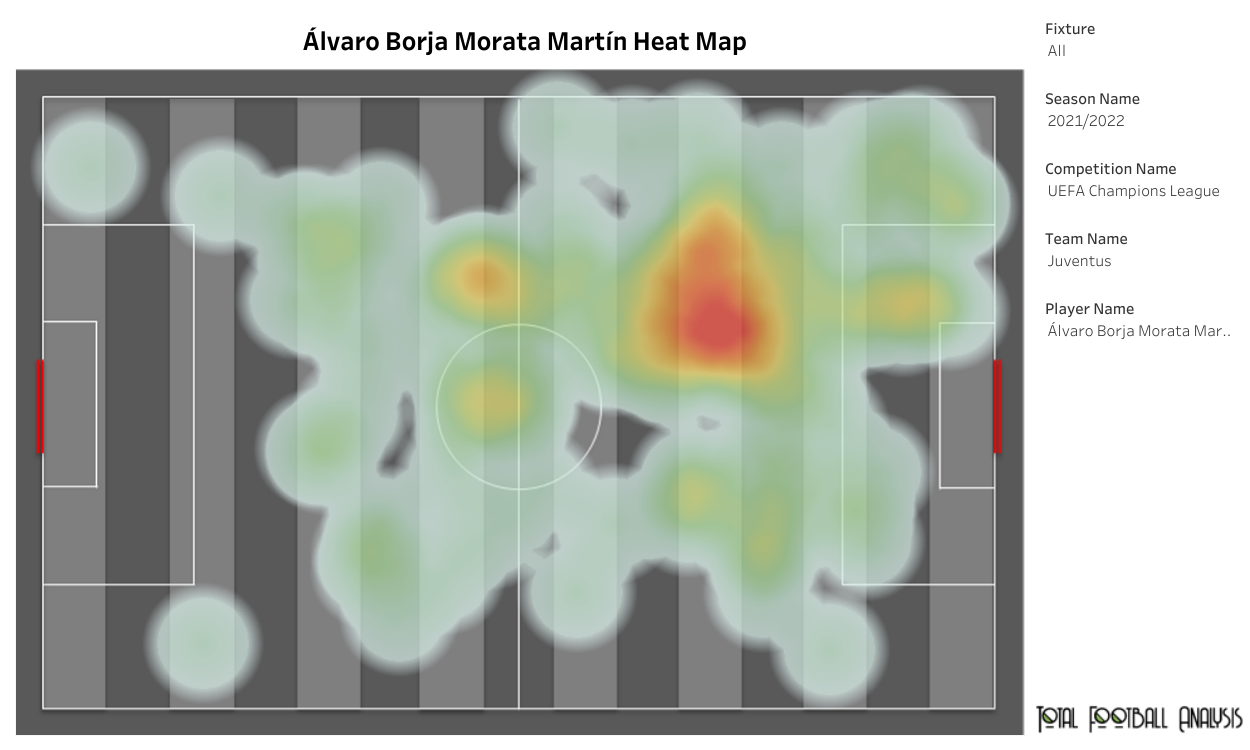 As seen from the above heat map, Morata was an active attacker in the final third in the 2021-22 UEFA Champions League for Juventus. The Madrid-born striker received 7.02 progressive passes per 90 and completed 1.4 passes into the opponents’ penalty box per 90. Defensively, Morata worked hard off the ball, attempting 16.3 pressures per 90 and 1.58 tackles and interceptions per 90.

Alvaro Morata finished as the second-highest goalscorer for Juventus in the recently concluded campaign, only behind Paulo Dybala. While the Spaniard’s rate of 0.34 goals per 90 would rank him high in the West Ham United squad, it may not be enough for the Hammers to challenge the big six of the Premier League next season.

The post Transfer Talk: Alvaro Morata – Could the Spaniard be the solution to West Ham United’s attacking woes? appeared first on Football analysis, news, betting and opinion from West Ham.