Tottenham Hotspur finished fourth in the recently concluded 2021-22 Premier League season, and they will play in the UEFA Champions League next season. Ahead of the next season, the Lilywhites have already signed Ivan Perisic and Fraser Foster on free transfers. However, they will still need to strengthen in other areas if they are to compete well enough on all fronts. One name that has been linked to joining the North London team in the past few weeks is Newcastle United winger, Allan Saint-Maximin. With that in mind, let us have a look at his season at St. James’ Park. 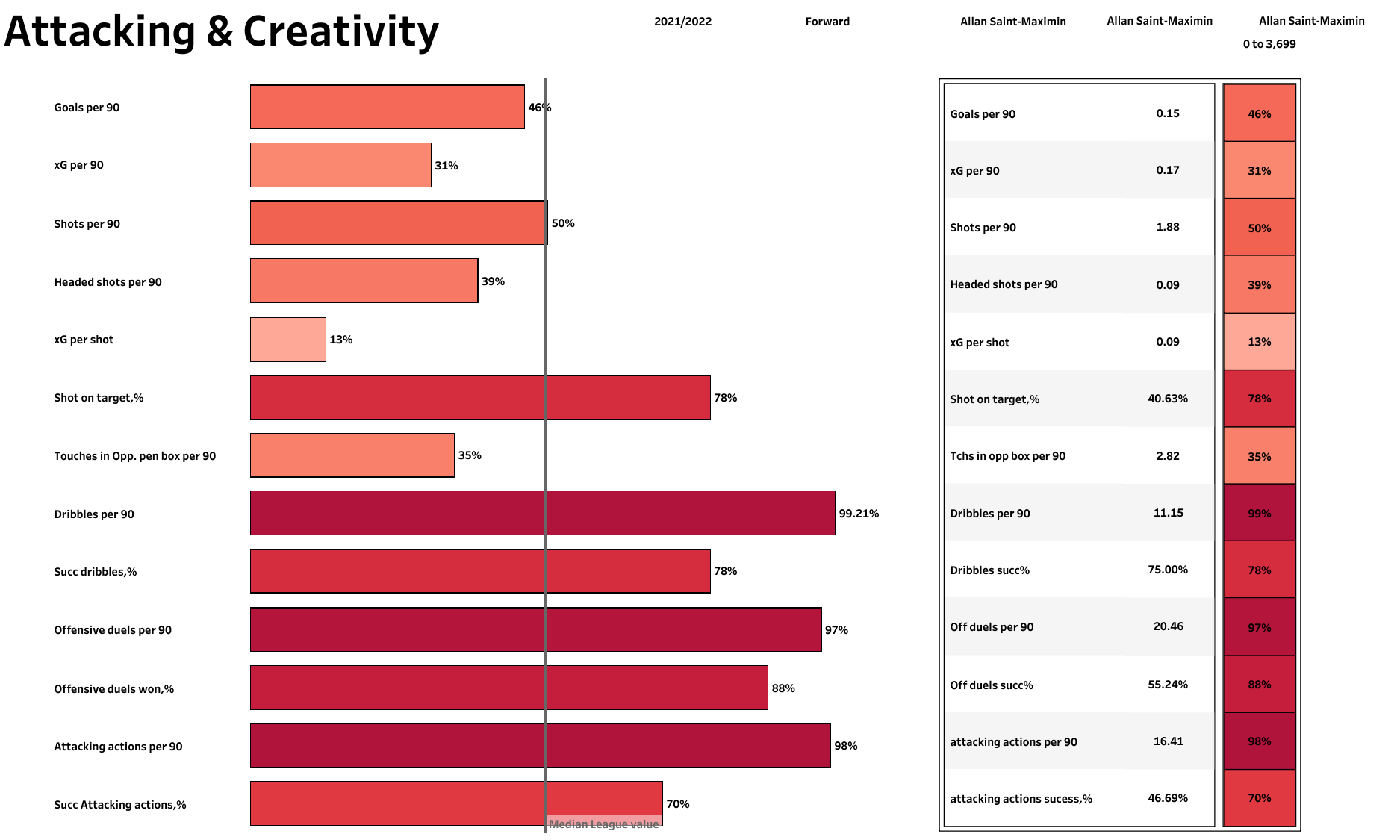 Saint-Maximin featured for Newcastle United in 35 games in the Premier League season just gone by. He played 2811 minutes in the process. Saint-Maximin scored five goals this campaign at a rate of 0.15 goals per 90, which was slightly below his xG per 90 mark of 0.17. The winger took 1.88 shots per 90 and had a shot accuracy of 40.63%, the latter of which ranked him in the upper quartile. But his biggest strength was his dribbling ability. The Frenchman attempted a whopping 11.15 dribbles per 90, completing a highly respectable 75%. He was equally impressive in offensive duels as he attempted 20.46 per 90 and succeeded in 55.24% of them. 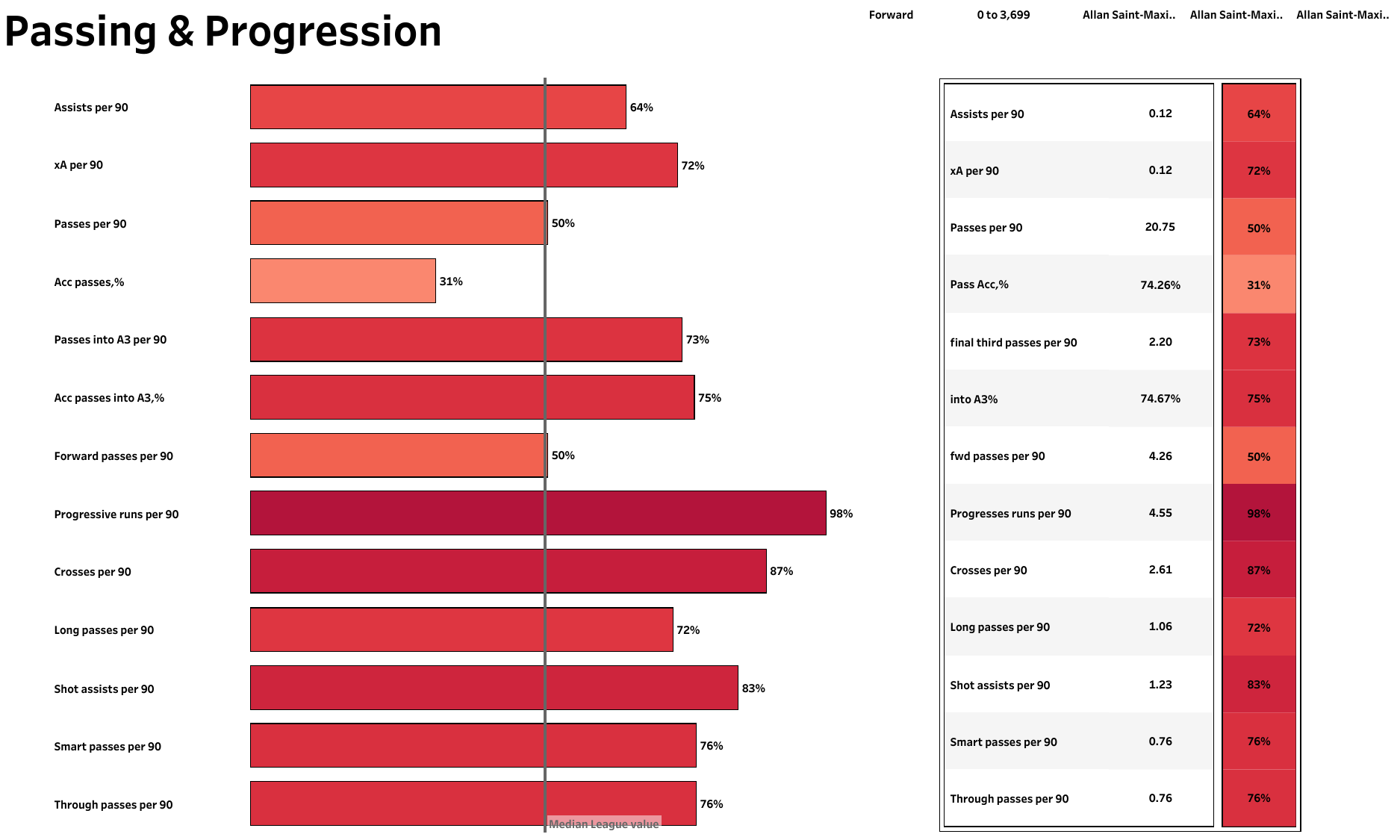 Additionally, Saint-Maximin also provided five assists in the 2021-22 EPL season. He was involved in a goal every 280 minutes. His assists per 90 stood exactly the same as his xA per 90 (0.12 per 90 in each case). Saint-Maximin was well above average when it came to passing into the attacking third, with 74.67% of his passes finding a teammate in the final third. With 4.55 progressive runs per 90, he ranked in the top 2% of forwards in this category. 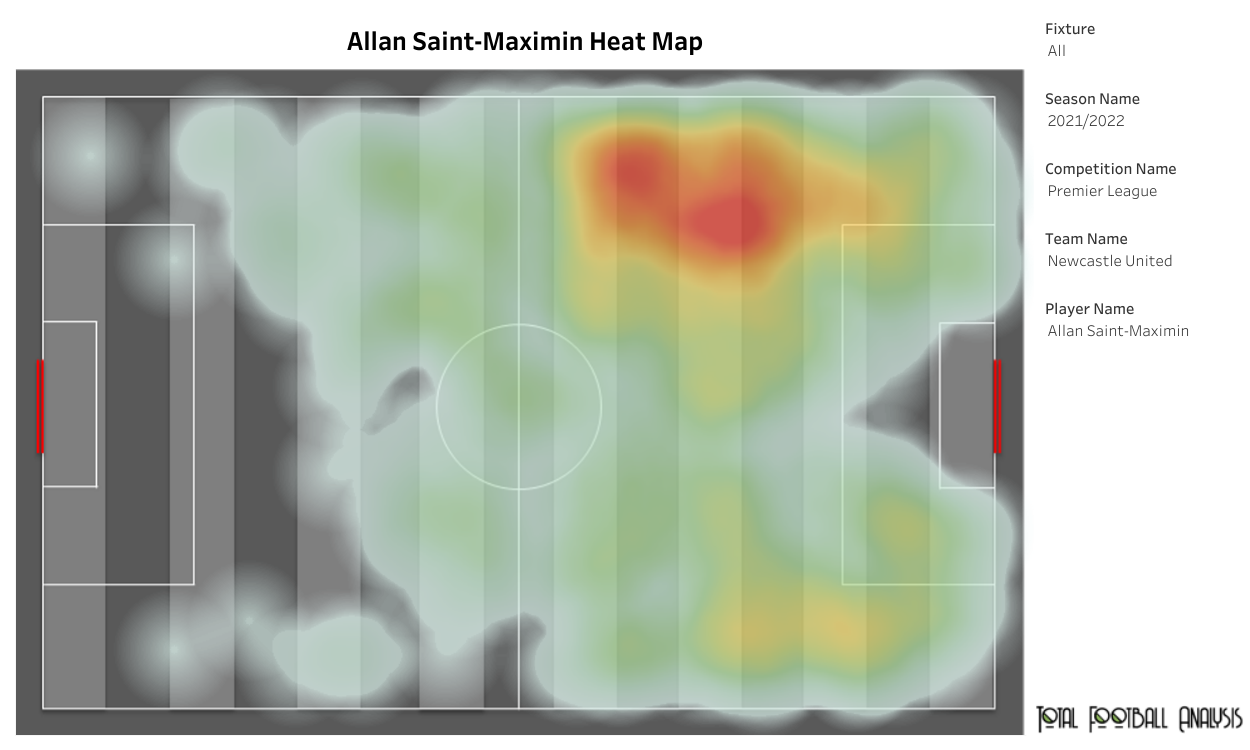 In the heat map shown above, Saint-Maximin was the main man for Newcastle United on the left flank in the final third. The Frenchman’s flair and trickery was enough to bamboozle opposition defenders. However, his major drawback was his lack of defensive contribution off the ball. Saint-Maximin attempted only 8.25 pressures per 90 (bottom 1% of forwards) and 0.96 tackles and interceptions per 90. 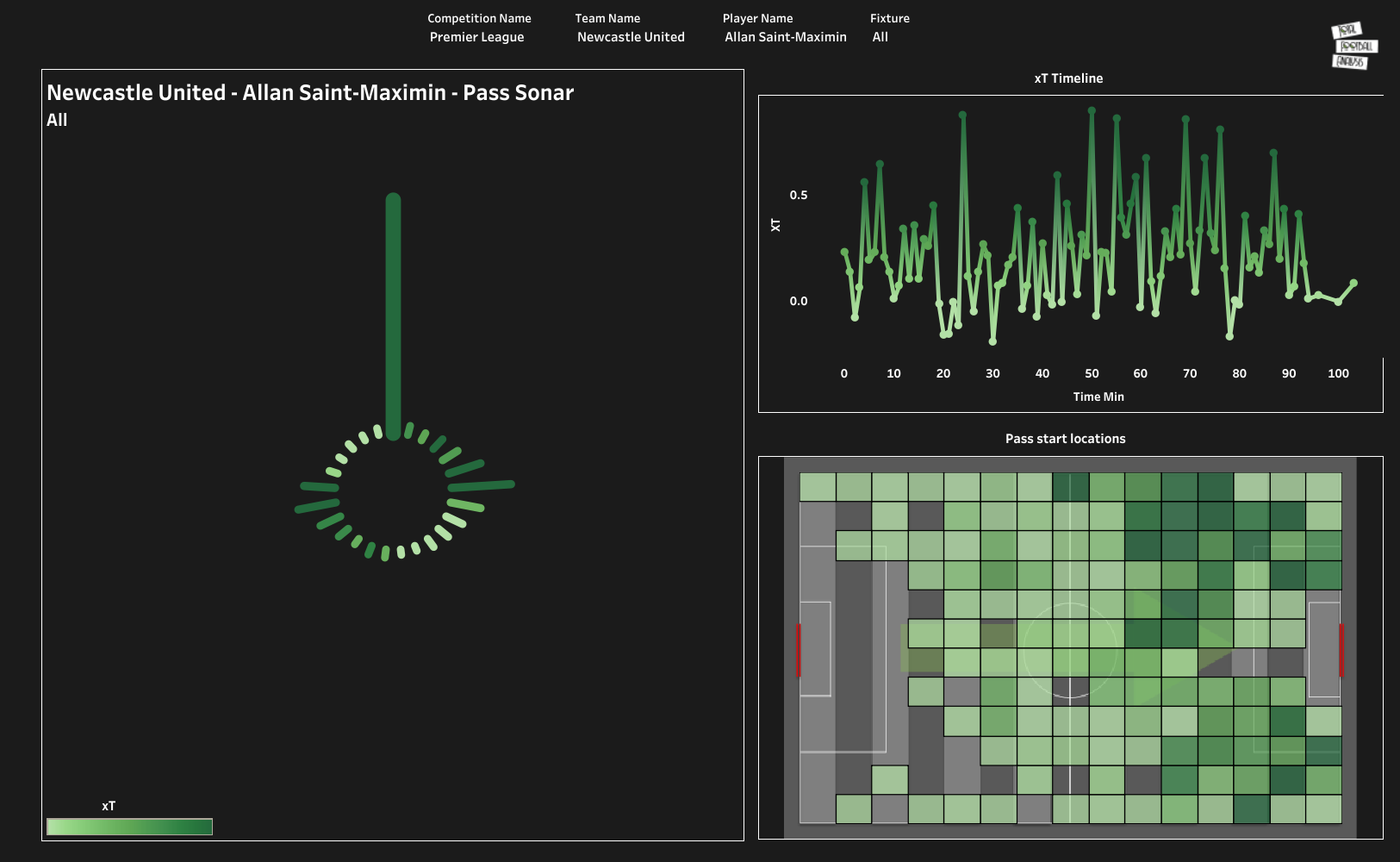 Saint-Maximin regularly created an xT value of over 0.5. Most of his threat generation came from the left wing. The Frenchman received 4.42 progressive passes per 90 and made 1.7 carries into the penalty box per 90.

Allan Saint-Maximin had his best season at Newcastle United in terms of goal contribution. However, it is unlikely that he could displace any one of Dejan Kulusevski, Harry Kane or Son Heung-Min from the starting lineup at Tottenham, and the Frenchman may even end up staying at Newcastle United this summer.