Tottenham Hotspur will make a return to the UEFA Champions League next season, having finished fourth in the Premier League standings this season. To compete in the Champions League, Spurs will need to strengthen their squad. One position where the North London team will want to strengthen their squad is the centre-back position. One name Antonio Conte wants to sign is Inter Milan defender Alessandro Bastoni. Here, we will examine whether Bastoni would be a good signing for Spurs. 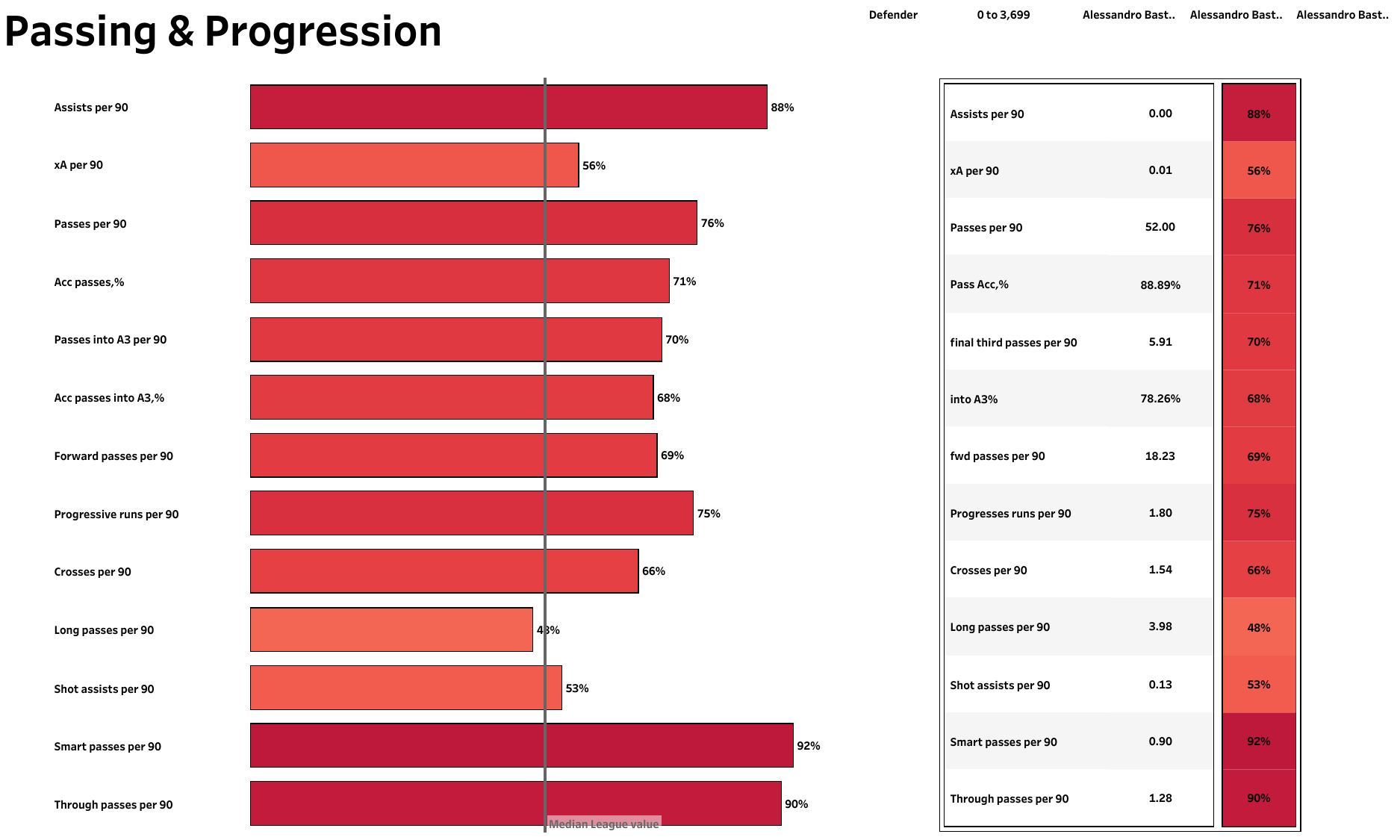 Alessandro Bastoni has played eight games for Inter Milan in the UEFA Champions League this season as they were knocked out in the Round of 16 against Liverpool. In the competition, Bastoni has attempted 52 passes per 90 at very high accuracy of 89%. The Italian has attempted nearly six passes into the final third per game, with a passing accuracy of 78.26% into the final third. The 23-year-old ranks in the upper quartile for centre-backs in progressive runs per 90, having made 1.8 such runs. He also ranks in the upper 10% of centre-backs for smart passes per 90 and through passes per 90. Bastoni has also completed 21 progressive passes in this UCL campaign. 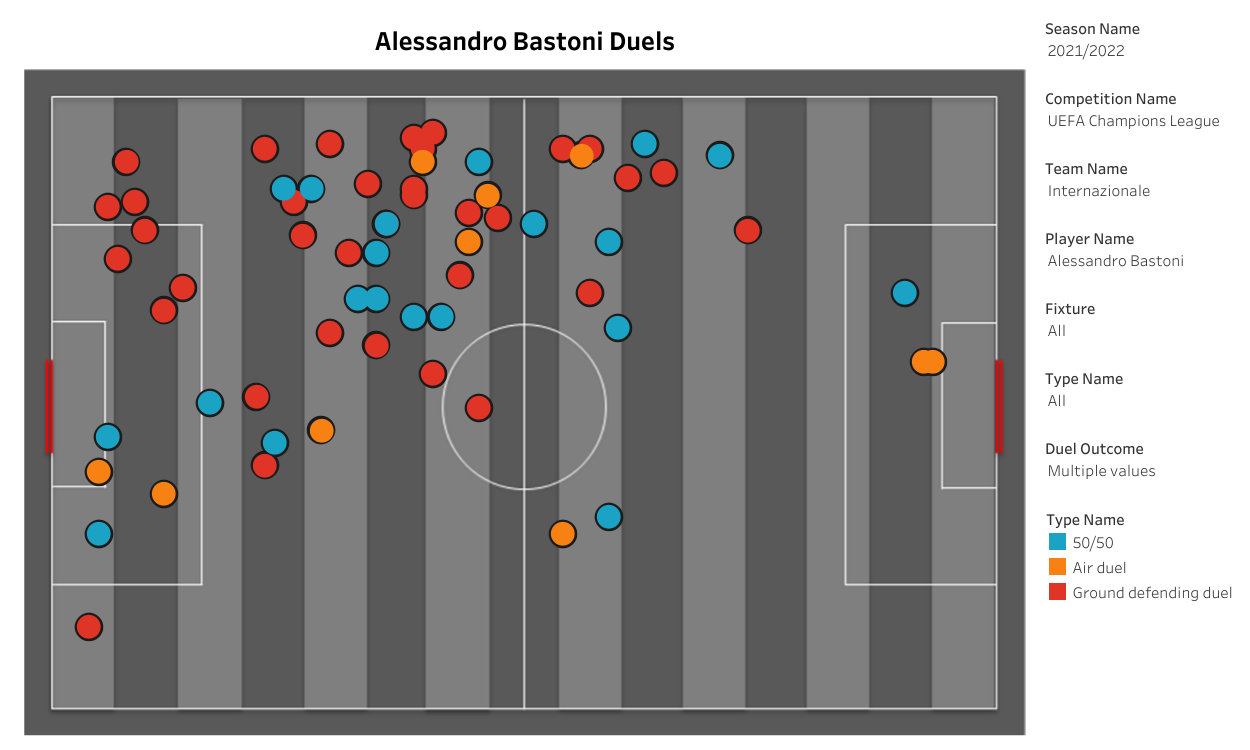 Being a left-footed centre-back, Alessandro Bastoni has contested most of his duels on the left-hand side of the pitch. Shown above are his winning duels’ locations in the UEFA Champions League for Inter Milan this season. Most of the duels he has won have been ground duels and 50/50 duels, showing that he has not fully developed his aerial threat. Bastoni has won most of his duels in midfield and in his third outside his penalty box. Overall, according to FBREF, his defensive stats in the 2021-22 UEFA Champions League read as follows: 142 recoveries, 22 tackles and interceptions, 18 clearances and 14 blocks.

Tottenham Hotspur require a centre-back to once again challenge for the top four and progress deep into the Champions League. While Alessandro Bastoni may fit in the Tottenham backline, he will need time to adjust to the Premier League, and he will have to improve on his aerial ability. However, with Antonio Conte at the helm, Bastoni may even be a superb signing for Spurs.