Liverpool have one of the more settled midfield departments in Europe. However, underneath this, there are quite a few issues to be solved. James Milner is 36, the club captain, Jordan Henderson, is 32, Alex Oxlade-Chamberlain has barely featured, and Naby Keita’s future is uncertain. Within the next year or two, the Reds’ midfield will need some overhauling as players age out and fresh blood is required. According to reports in the past few days, Liverpool have been linked with signing the Juventus and France midfielder, Adrien Rabiot, with Naby Keita potentially moving in the opposite direction. 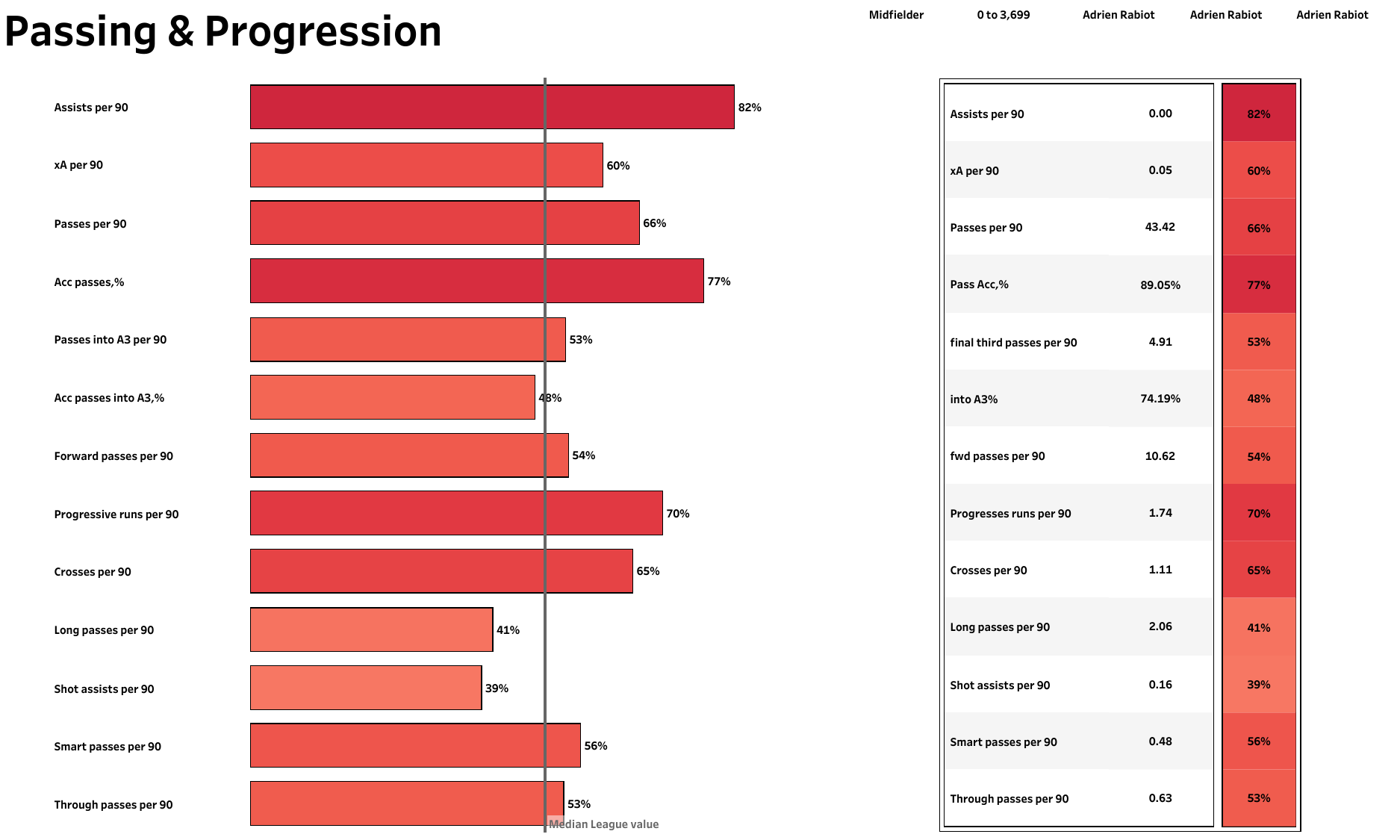 Adrien Rabiot made seven appearances for Juventus in the recently concluded 2021-22 UEFA Champions League season, making six starts and playing 536 minutes in the process. He did not score or assist during his time on the pitch. The Frenchman was fairly involved in the game for the Bianconeri as he averaged more than 43 pass attempts per 90 at a respectable accuracy of 89.05%. He was decent, but not great, in ball progression, having attempted just under five passes into the attacking third per 90 at an accuracy of 74.19%. Rabiot also ranked above average for midfielders for progressive runs per 90 and crosses per 90. with 1.74 and 1.11, respectively. 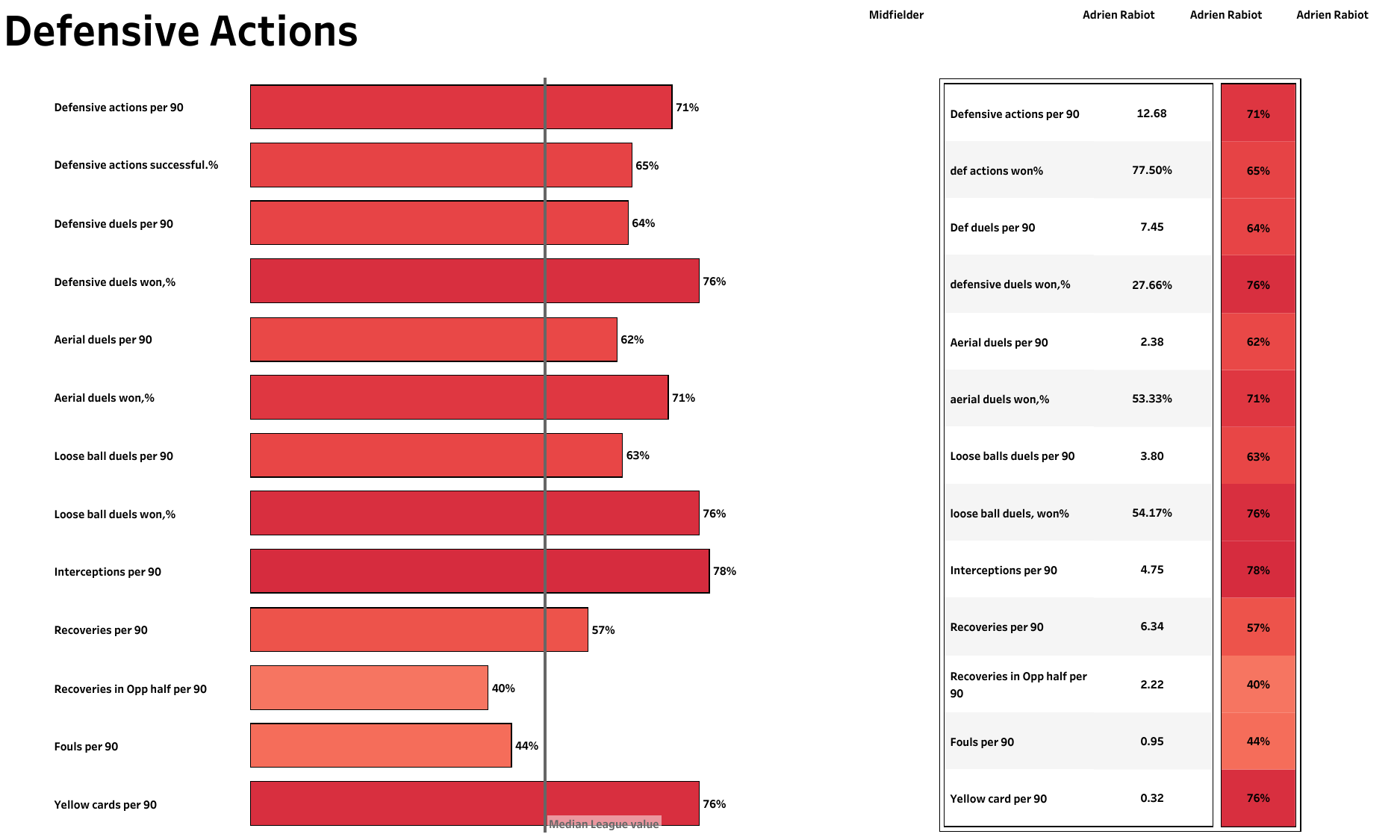 Rabiot made close to 13 defensive actions per 90 at a success rate of 77.5%. He ranked in the upper quartile for defensive duels win rate, having won 27.66% of his duels out of 7.45 per 90. Additionally, the Frenchman was an aerial threat in midfield, winning over 53% of the battles as he used his height of 188 cm to good effect. He also recovered 54.17% of the loose balls, which put him in the topmost quartile for midfielders. Rabiot made 4.75 interceptions per 90 in the competition. 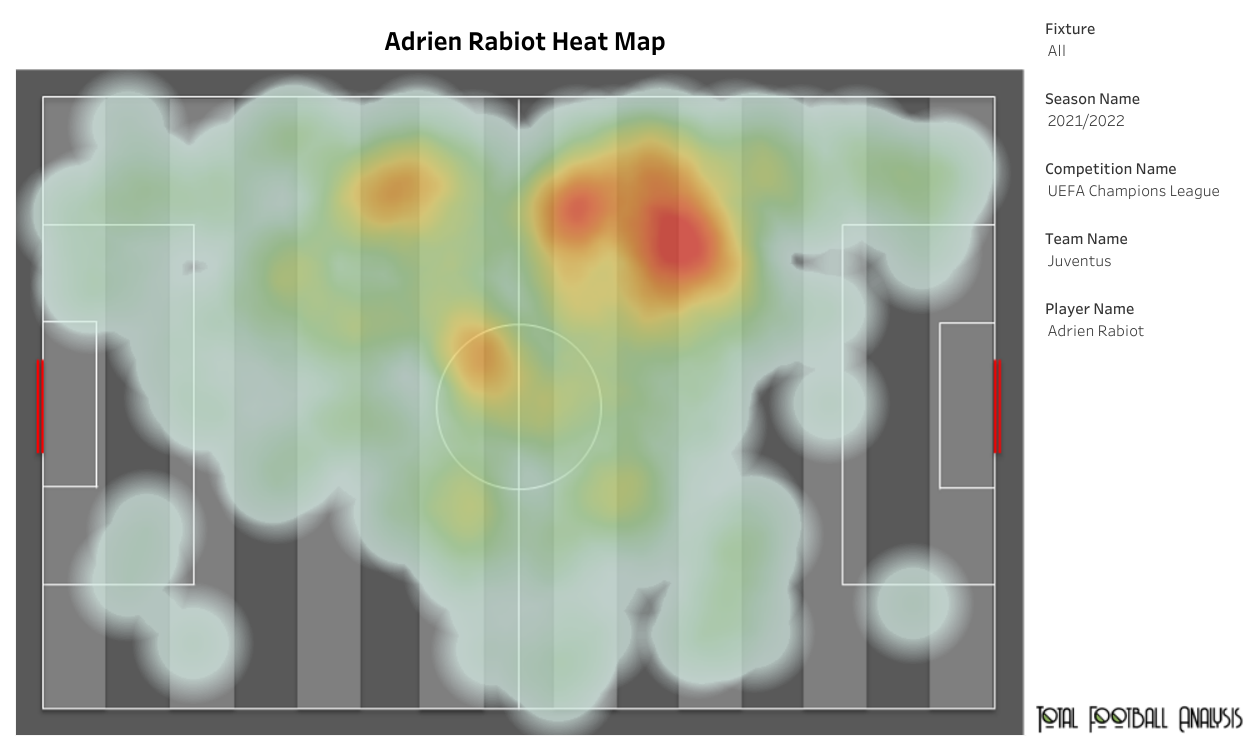 The above heat map shows that Rabiot was most active and influential on the centre-left of the midfield for Juventus. He made seven progressive carries per 90, two carries into the final third per 90 and received 2.67 progressive passes per 90. On the defensive end, the Frenchman attempted 23.5 pressures per 90, 5.33 tackles and interceptions per 90, 2.17 blocks per 90 and one clearance per 90. 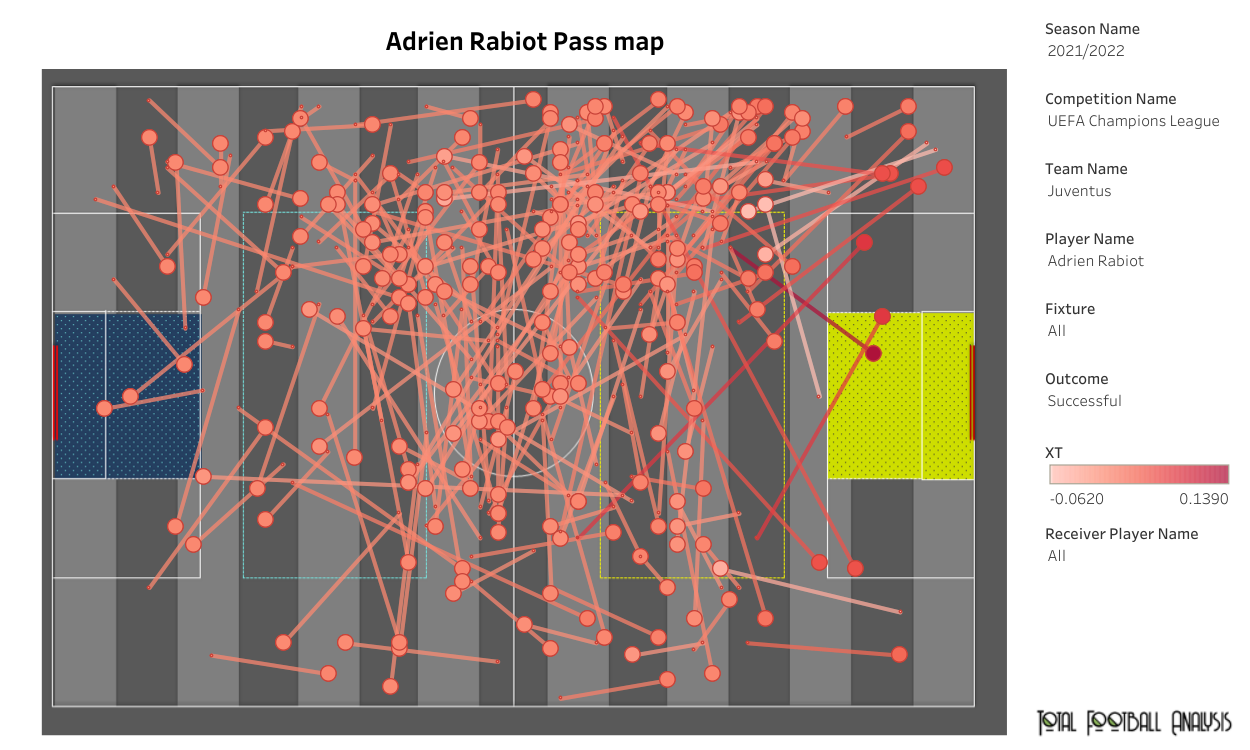 As seen from the above pass map, Rabiot was a reliable passer for the Bianconeri in midfield. During his time on the pitch, he completed a total of 19 balls into the final third, 17 progressive passes and four passes into the opponents’ penalty area. In addition to this, the former PSG man registered nine shot-creating actions.

Despite already signing Darwin Nunez, Fabio Carvalho and Calvin Ramsay, Liverpool continue to be linked with additional summer signings. However, the swap deal involving Adrien Rabiot coming to Anfield from Juventus, and Naby Keita going the other way round seems unlikely to happen.