Chelsea is finally under new ownership and they will be looking for silverware after failing to win any in the 2021/22 season. Thomas Tuchel is looking to add new names to his team after a few of his players have decided to leave the club. Club captain, Cesar Azpilicueta, could be on the move away to Barcelona, and that would leave him with only Reece James as a right-back option. James is also a target for a few other clubs, including Real Madrid. The German manager has reignited his interest in PSG right-back Achraf Hakimi, who rejected Chelsea last year to join the French club. Tuchel is a great admirer of the player and is likely to make a bid for him. Hakimi has been a regular for PSG and represented his side in the UEFA Champions League in the 2021/22 season. Here are some of the stats that show why the defender is rated so highly and is on the transfer list of Chelsea. 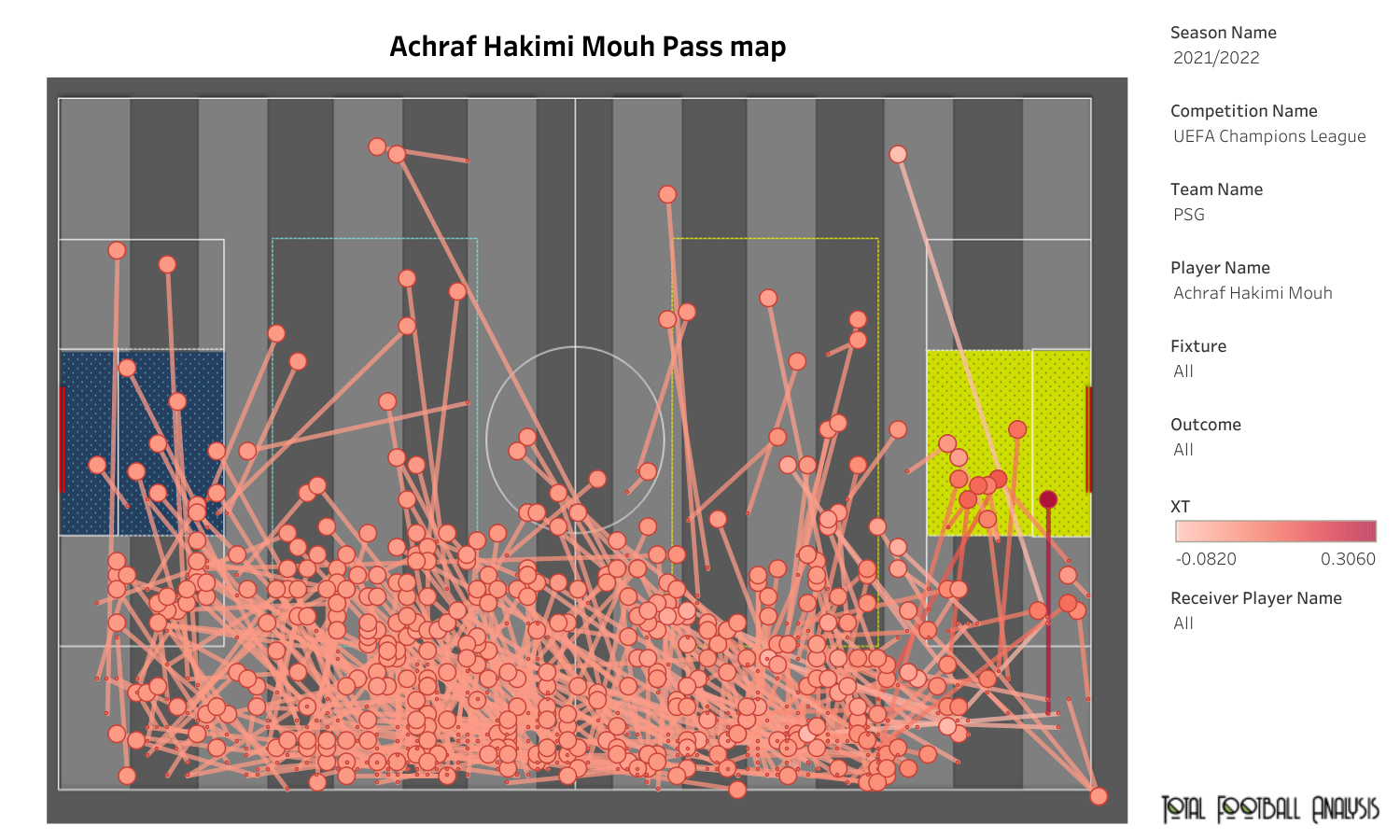 The Morocco international made eight appearances in the UEFA Champions League. Hakimi is known to be a very attacking full-back, but he failed to contribute last season. The above viz shows all the passes that were attempted by Hakimi last season. He averaged 50.7 passes per 90 minutes with an 89.5% passing accuracy rate. One of the biggest struggles for Hakimi this season was that he only attempted two passes per 90 minutes in the attacking third. However, the accuracy rate was high at 94%. The player also averaged 1.18 crosses per 90 minutes. 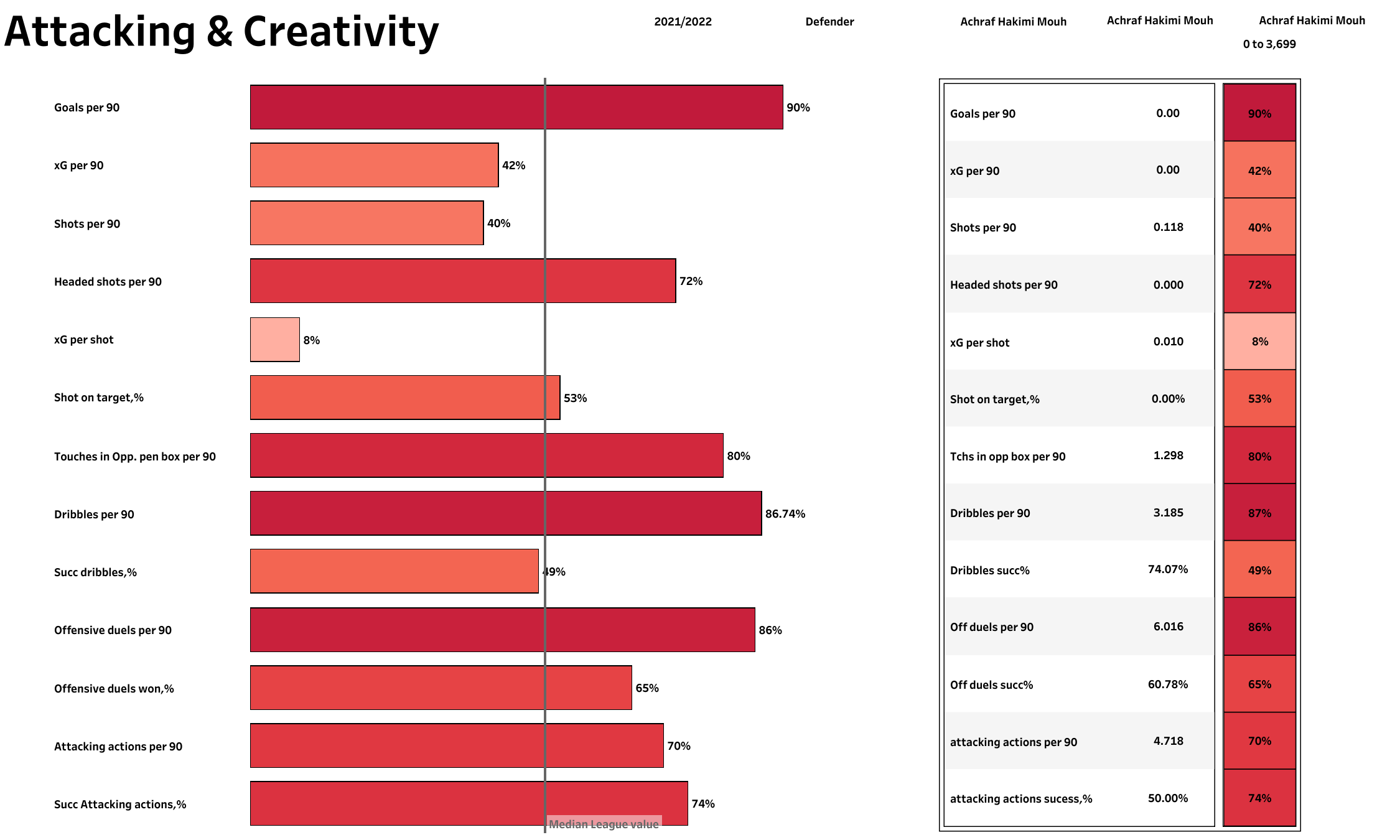 When looking at the above chart, the general rule is that the longer the bar, the better the performance — you can see the league average in the middle, and the % is the percentile rank the player is in. The wing-back was involved in 4.78 attacking actions per 90 minutes with a 50% success rate. He likes to go forward and is a good dribbler of the ball. The 23-year-old defender averaged more than three dribbles per 90 minutes and successfully dribbled 74% of the time past opposition defenders. Other than this, he is also not afraid of contesting duels. The wing-back contested six offensive duels with a 60% success rate.

Hakimi contested a few duels this season. Most of the duels contested by him were defensive duels. The defender averaged 8.6 defensive duels, 0.71 aerial duels and 2.12 loose ball duels per 90 minutes, respectively. He also struggled to win most of his duels and had a win percentage of 17.81%, 50%, and 44.44%, for the respective metrics. Hakimi averaged 4.36 interceptions and 5.78 recoveries per 90 minutes.

The 23-year-old has a lot of potential going forward and could be a great addition to Thomas Tuchel’s team. The German is keen on signing him, but he might find it difficult to acquire his services. However, if Reece James and Azpilicueta leave, then Chelsea might spend a lot of money to sign Achraf Hakimi.