Arsenal are actively searching for players to boost their chances of winning their first English Premier League title since the 2003/04 season. The Gunners have started the season well, with six wins in seven games. They are put under pressure by Manchester City, and Arsenal will have to stay at the top of their game until the end of the season if they want to win the league title. One of the concerns for Mikel Arteta is his bench strength. Arsenal have a lot of youth experience in their ranks, but a lot of them are short of English Premier League experience. In order to tackle this situation, they are scouting some players. The recent targets that have emerged for the Gunners are the Juventus pairing of Dusan Vlahovic and Fabio Miretti.

Dusan Vlahovic made a move to Juventus last season from Fiorentina. The Gunners were also chasing him, but the player decided to move to Turin. Fabio Miretti is a youth prospect from the Juventus academy and has featured regularly for his side this season. These two players have aroused the interest of the Gunners. We now look at some of the stats that show why Arsenal are ready to sign them in January. 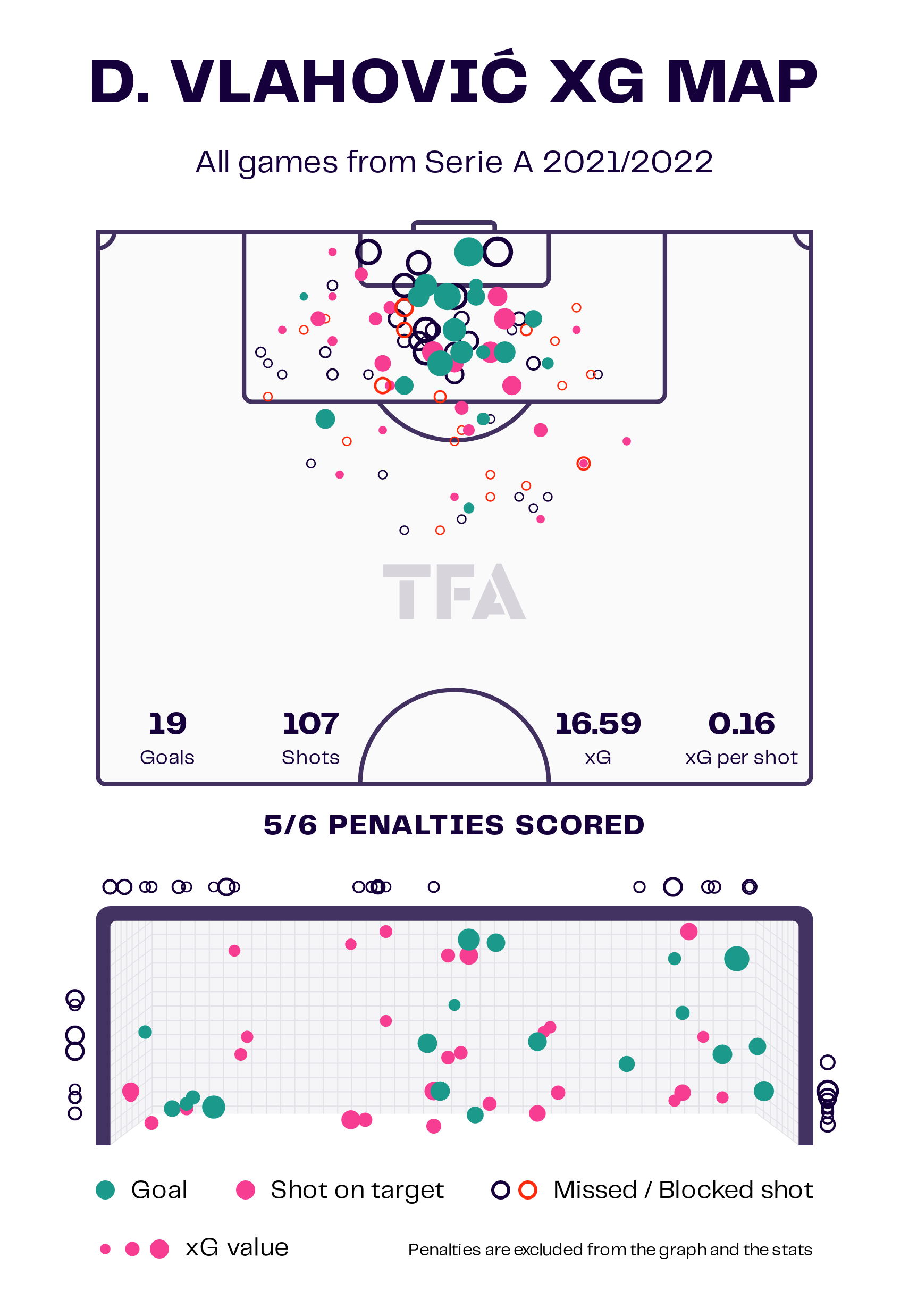 Dusan Vlahovic is a 22-year-old Serbian striker who was signed for his goal-scoring abilities. He made his name at Fiorentina by scoring 21 goals in 37 league games in the 2020/21 season. In the next season, he scored 17 goals in 21 games and was signed in January by the Old Lady. Vlahovic went on to score seven goals in 15 games. The above viz shows the shot map of the player. The 6 ft 3-inch centre-forward had averaged 3.25 shots per 90 minutes, with 47.8% of them finding the target. Most of the shots were attempted from right in front of the goal. His strikers’ instinct allowed him to take 4.88 touches per 90 minutes. 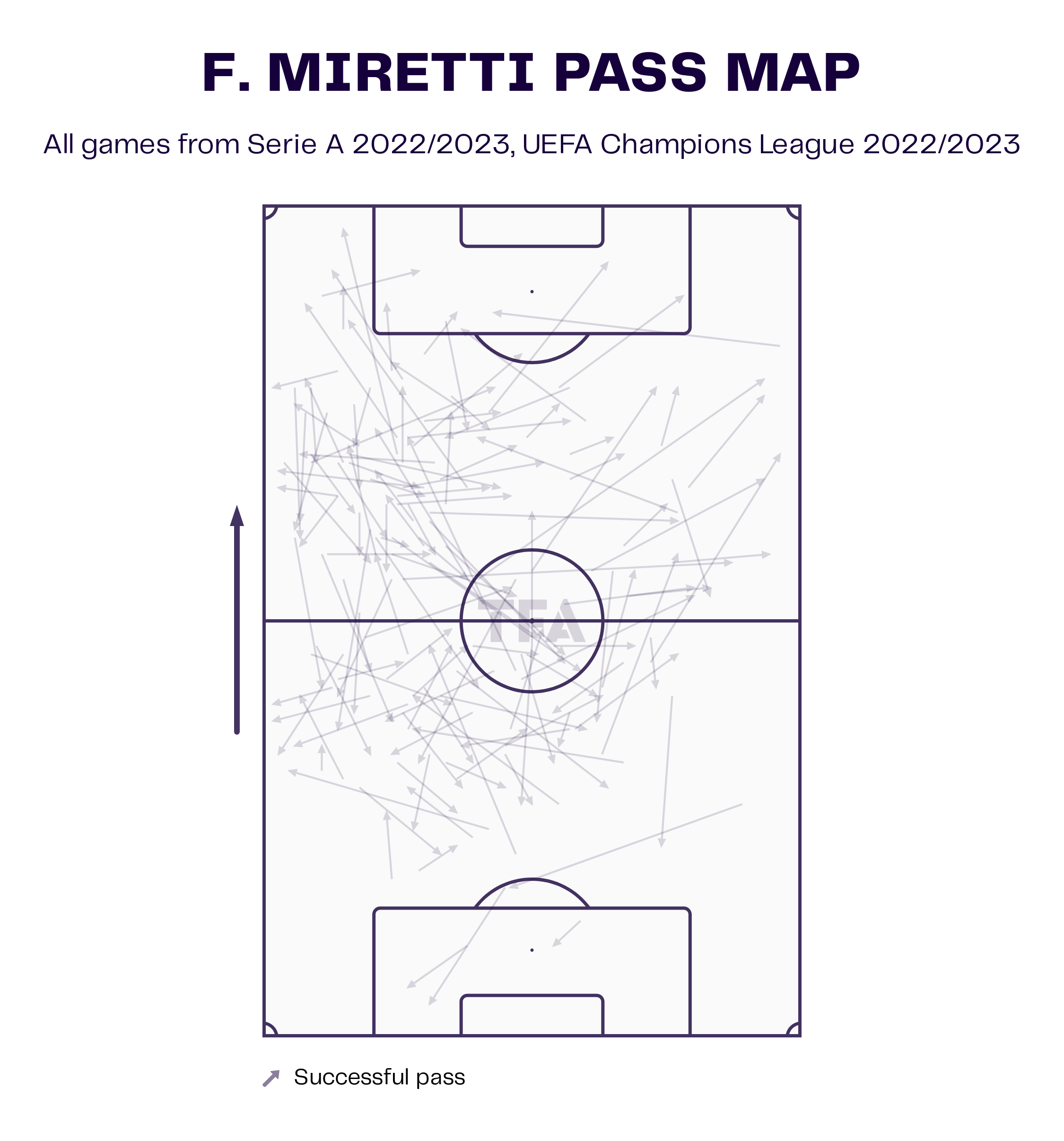 Fabio Miretti is a 19-year-old midfielder who made his Serie A debut last season. An injury to Paul Pogba gave Miretti the opportunity for more first-team football. The Italian has taken full use of the opportunity presented and has featured in nine matches for the club. Miretti plays as the left central midfielder for the team. He is a box-to-box midfielder who likes to make both attacking and defensive contributions. The player already has an assist to his name and is poised to achieve a lot of success. 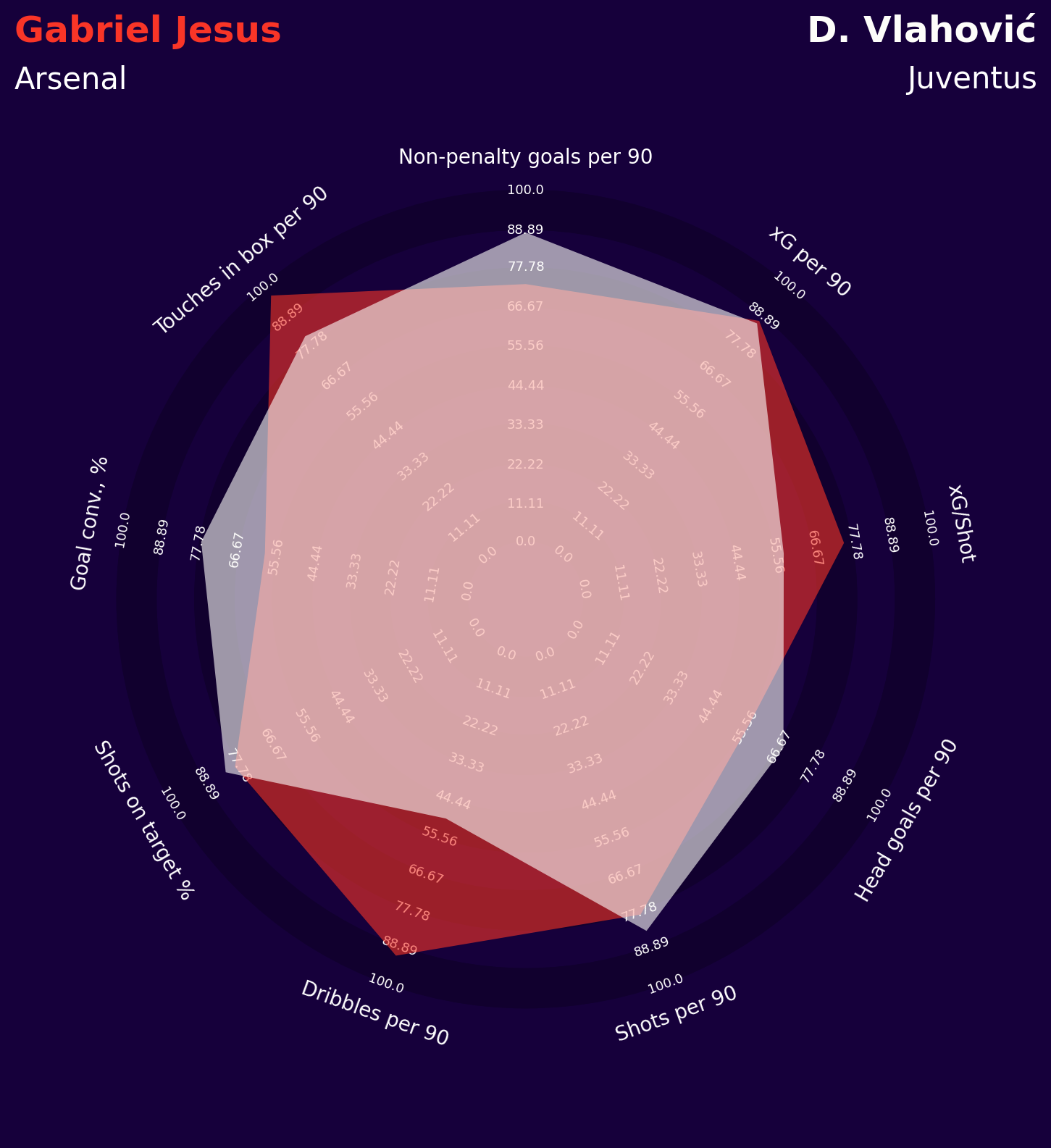 Arsenal already signed Gabriel Jesus in the summer, but the club lacks a player who can support him in the attack. Dusan Vlahovic and Jesus are two different types of strikers. Gabriel Jesus has developed his game under Pep Guardiola and is very efficient with his passing and other aspects of the game. Dusan Vlahovic plays as a target man and has a huge presence inside the box. The above graph compares the attacking stats of the two players, revealing that they have somewhat similar stats this season. Vlahovic has a high goal conversion rate for a struggling Juventus side. 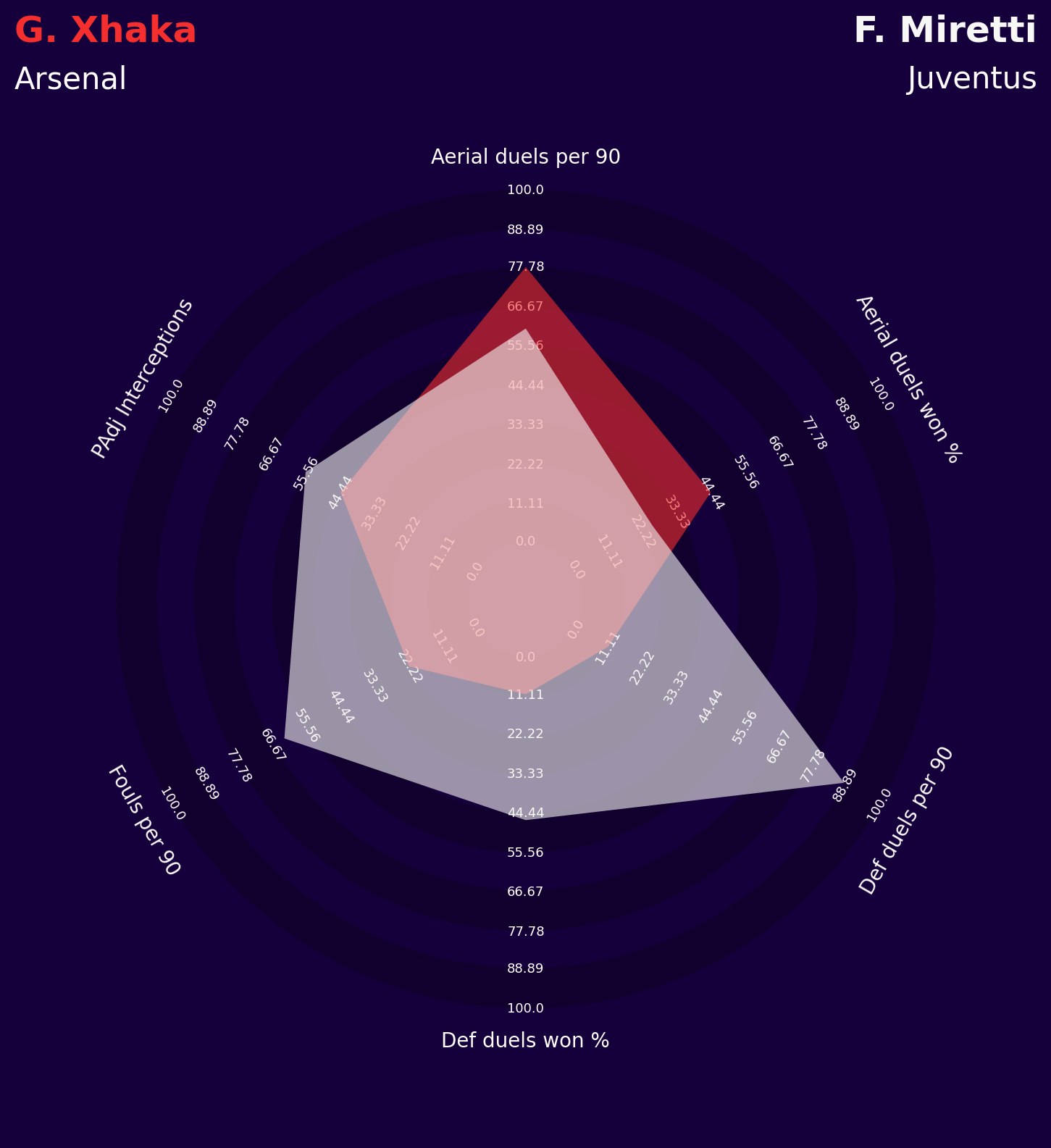 Fabio Miretti will be in competition with Granit Xhaka. Both players play on the left side of the field. Xhaka has performed better in the attacking role but has struggled in the defence in comparison to Miretti. This shows that Miretti can also play alongside Xhaka and form a new partnership.

Dusan Vlahovic and Fabio Miretti would be great additions to this Gunners’ side. They are high on confidence in the league this season and will try to finish in the top two. Both these players have the potential to take the club to new heights, and a transfer in January could prove to be handy for both the players and the club.