Liverpool are one of the clubs behind Brazilian sensation Joao Gomes. The 21-year-old plays as a midfielder for Flamengo. Many top European clubs are targeting him after his performance in Brazil. Gomes made his debut for the senior side in 2020 and has been a part of the first team since then. According to the news sources, Liverpool are ready to trigger his £53m release clause. The Reds are looking for midfield options after an injury-struck season has left them with only a few options in the centre. He had to rely on his youngsters to play in the midfield and that has affected the results in the English Premier League. Some of his senior players are also getting old and are in the latter part of their careers.

Joao Gomes has taken a more defensive role this season. He can play anywhere in the centre of the midfield. We now look at some of the stats that show why Liverpool are ready to trigger the release clause on the player. 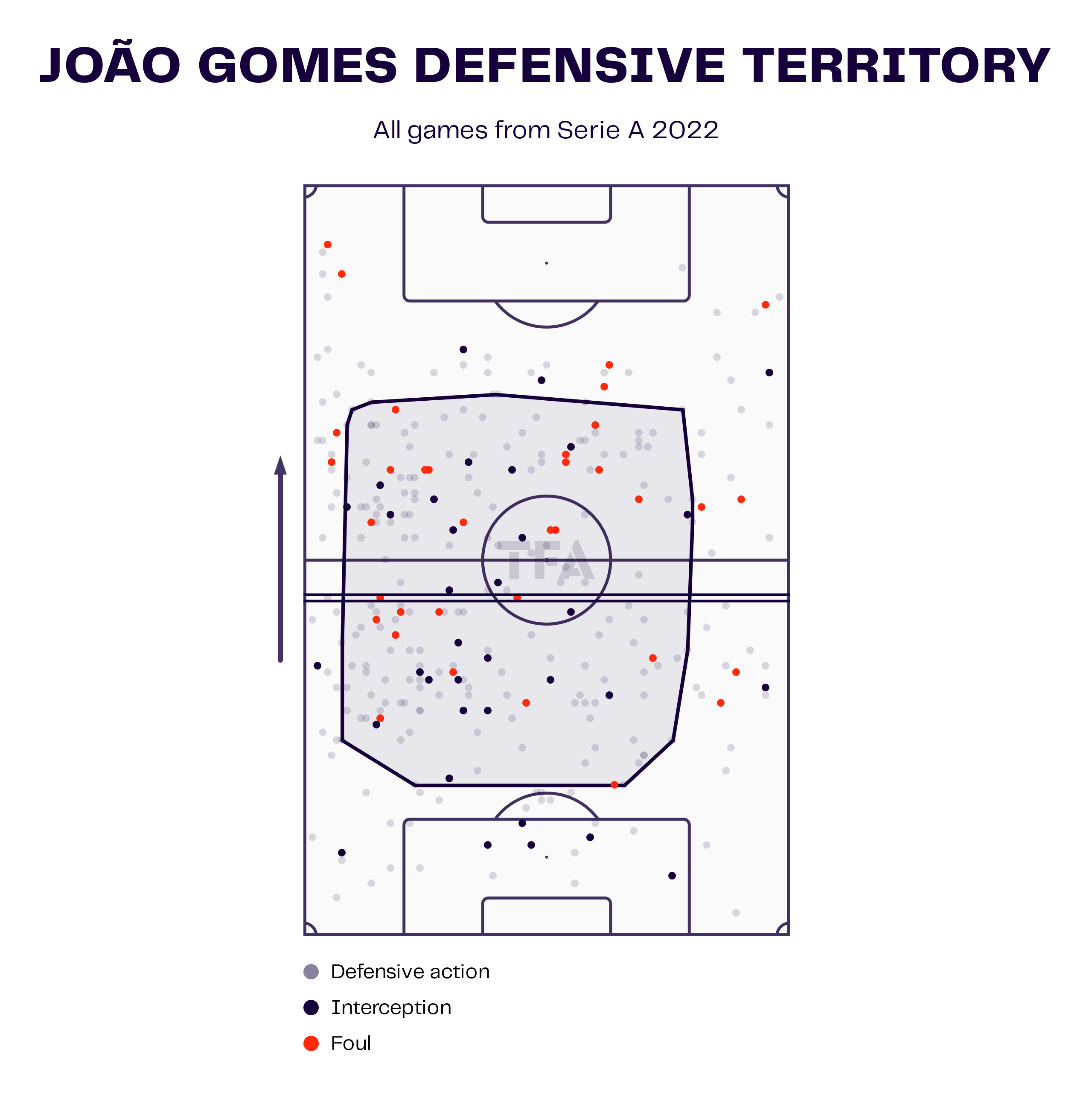 Joao Gomes has made 21 appearances in the Brazil Serie A for Flamengo. He has started in 16 matches and spent 1377 minutes on the pitch. The midfielder has an assist to his name. The above viz shows the defensive territory of the player throughout the season. It shows that Gomes likes to stay on the left side of the field. He averages 23.9 duels per 90 minutes and has a 53.8% win rate. Other than this, the player has intercepted the ball 4.25 times per 90 minutes. Last season, the duels rate was quite similar, but the interception rate was 2.94 per 90 minutes. He has shown a bit of improvement in the defensive role. 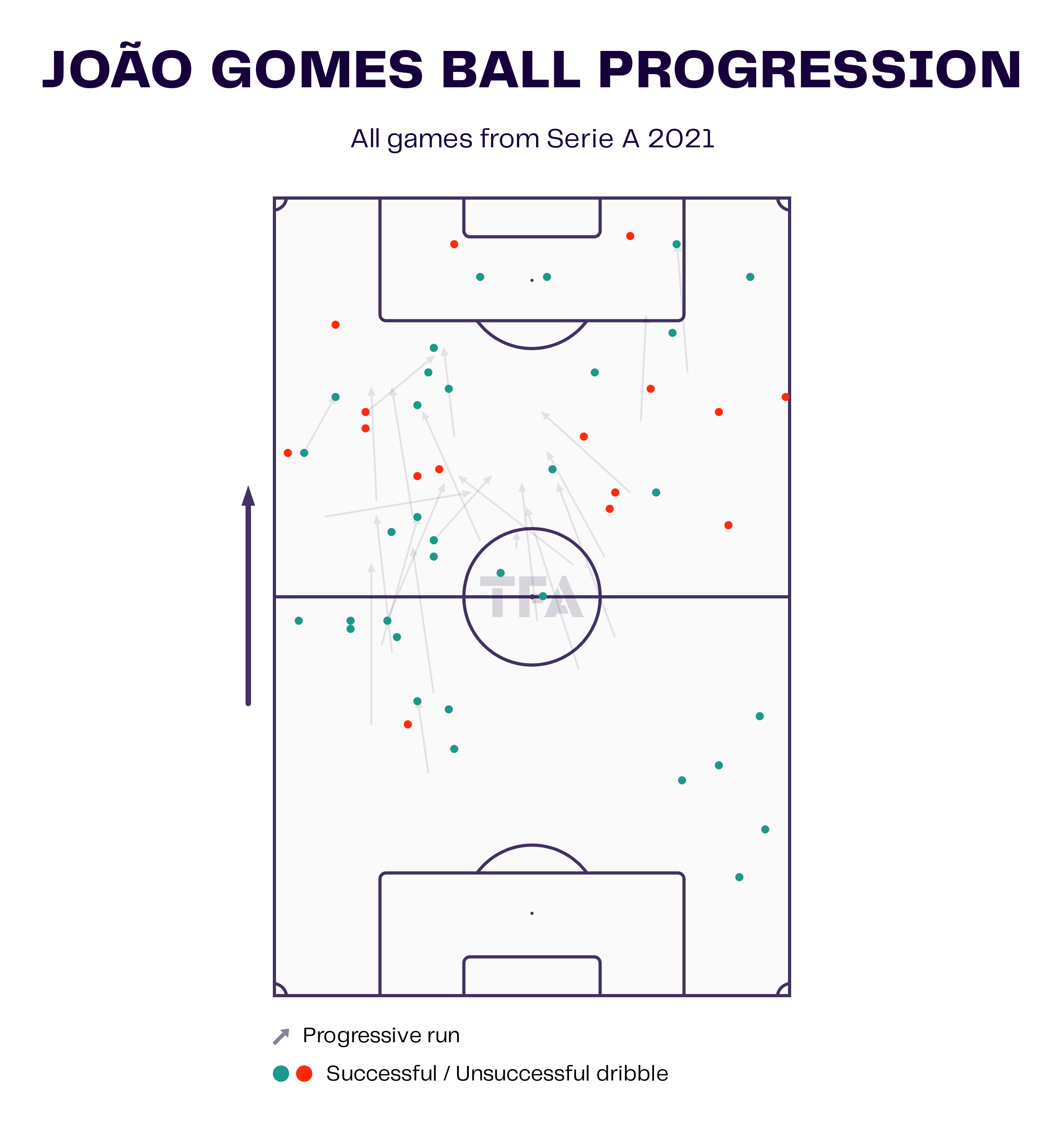 Joao Gomes likes to make some forward runs and get involved in attacking plays. This season, he has made fewer runs but had a good record last season. He averaged 4.08 dribbles per 90 minutes in the past season and had a 68% success rate. This season, the dribbles have gone down to 2.22 and the success rate has also gone down to 52.9%. Joao Gomes has the ability to carry the ball in the attacking half, and that could turn out to be handy for Liverpool. 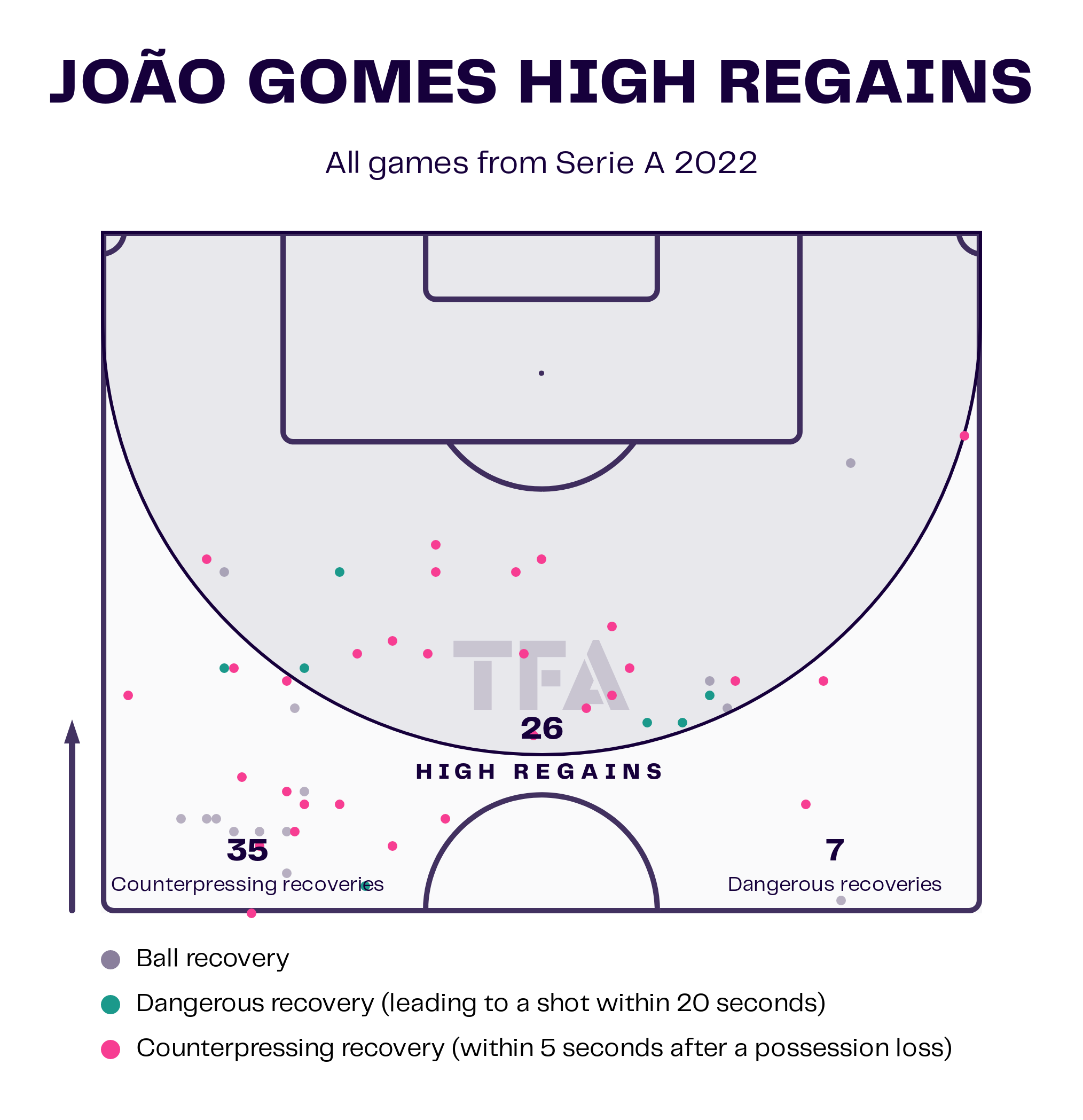 The 21-year-old has shown a significant improvement in his defensive stats. The recovery rate has increased from 6.86 to 8.95. He made 46% of the recoveries inside the opposition half last season, and this season the rate is 42.3%. The above viz shows the recoveries made in the attacking half by the player. These include 35 counter-pressing and seven dangerous recoveries. Liverpool likes to attack and Gomes would get more opportunities to make these recoveries. He could prove to be handy for Jurgen Klopp. 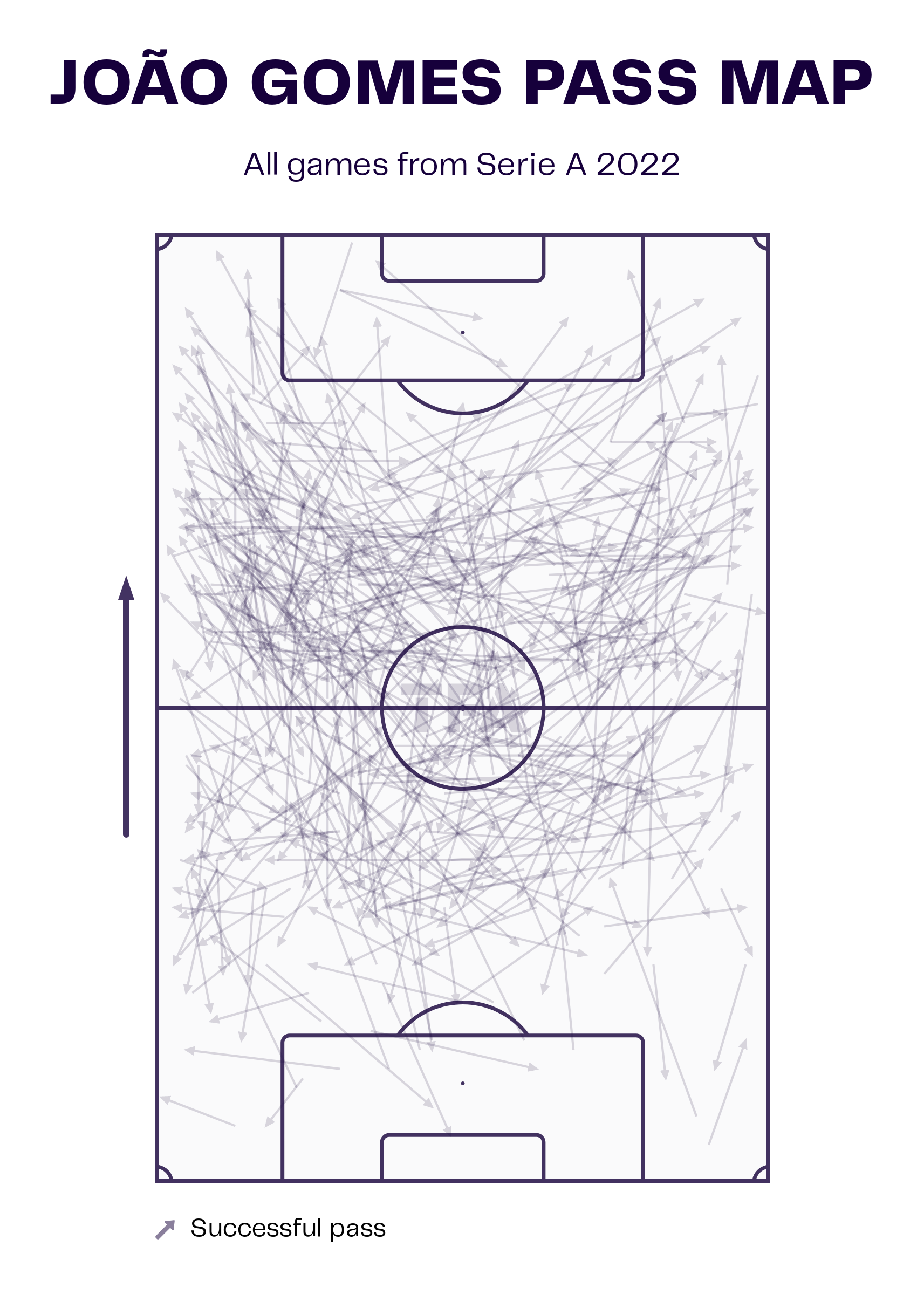 The 21-year-old could be a Liverpool player in the coming months. The Reds are trying to sign Jude Bellingham, but it looks like the player will move to the likes of Real Madrid or Manchester City. They will look to trigger the release clause of Joao Gomes and sign him before the other clubs do.

The post Transfer Analysis: Why should Liverpool trigger the release clause on Brazilian talent? appeared first on Football analysis, news, betting and opinion from Liverpool.