Arsenal continue their search for a player as the Gunners plan to add more strength to their team. The Gunners are scouting players and they are targeting some of the top talents present in football. With the season in progress, Arsenal have focused their attention on some of the players who were on their wishlist. One of the players who is once again on their radar is Croatia sensation Lovro Majer. The 24-year-old is destined to become the next Luka Modric for his country and his performances have raised the interest of many clubs in Europe. The Gunners sent a team of scouts to observe him during the international break.

Lovro Majer made a move to Ligue 1 club Rennes last summer from Dinamo Zagreb. He has settled well in the squad and the French team is demanding a huge amount for his signing. Arsenal are looking to bring the player to the English Premier League. We now look at some of the stats that show why the Gunners have shown their interest in the next Luka Modric. 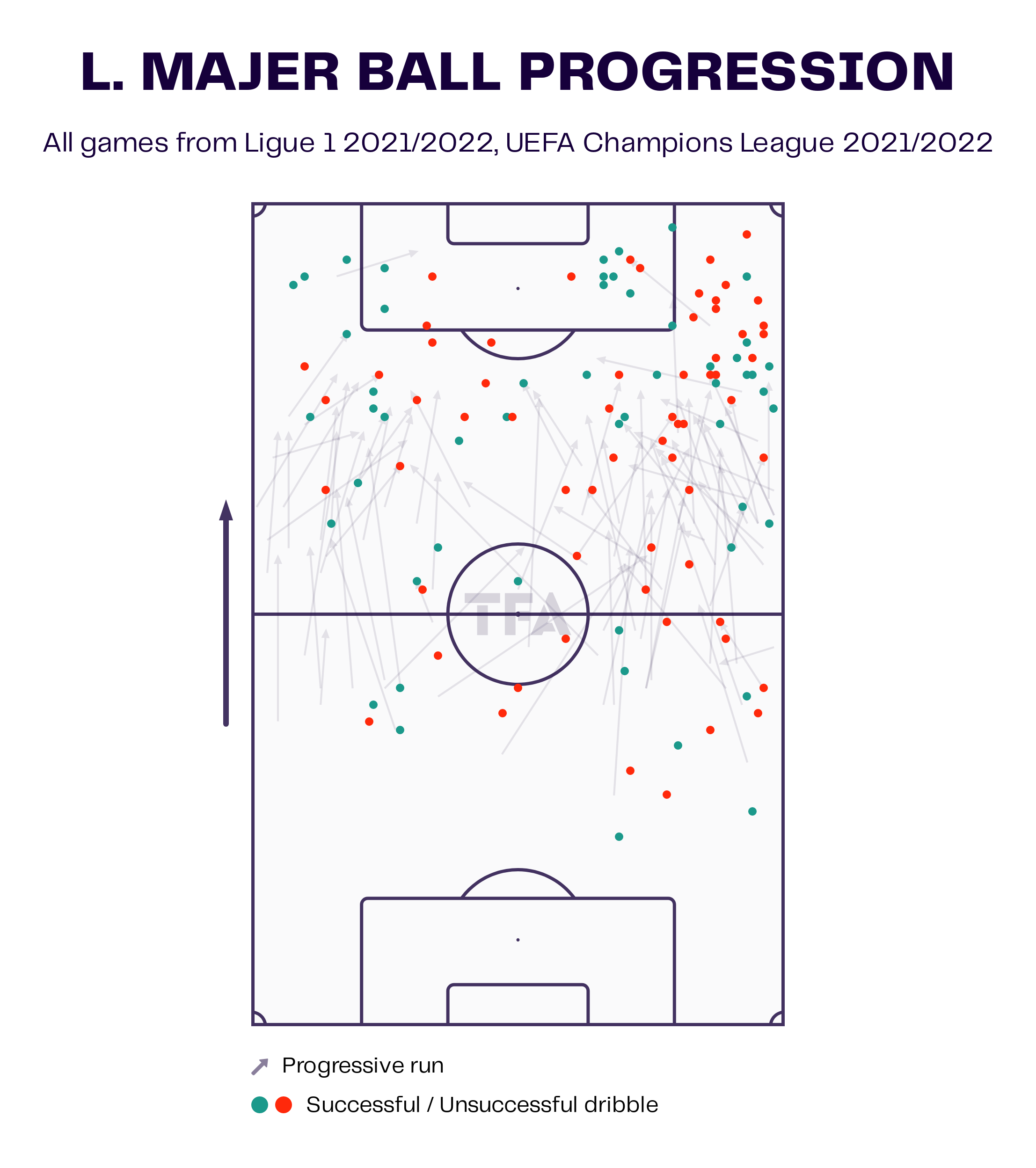 Lovro Majer can take up various roles in the midfield for his team. He has played as a defensive midfielder and as a central midfielder. The 24-year-old prefers to play on the right side, just like his countryman. Last season, Majer made 29 appearances in Ligue 1 and eight in the UEFA Champions League. He went on to score eight goals and provide ten assists.This season, he has a goal and two assists to his name in eight matches. The above viz shows that the player featured from both sides of the field and tried to make some progressive runs from the middle third. Arsenal need a player who can carry the ball with confidence and give them something from the midfield. 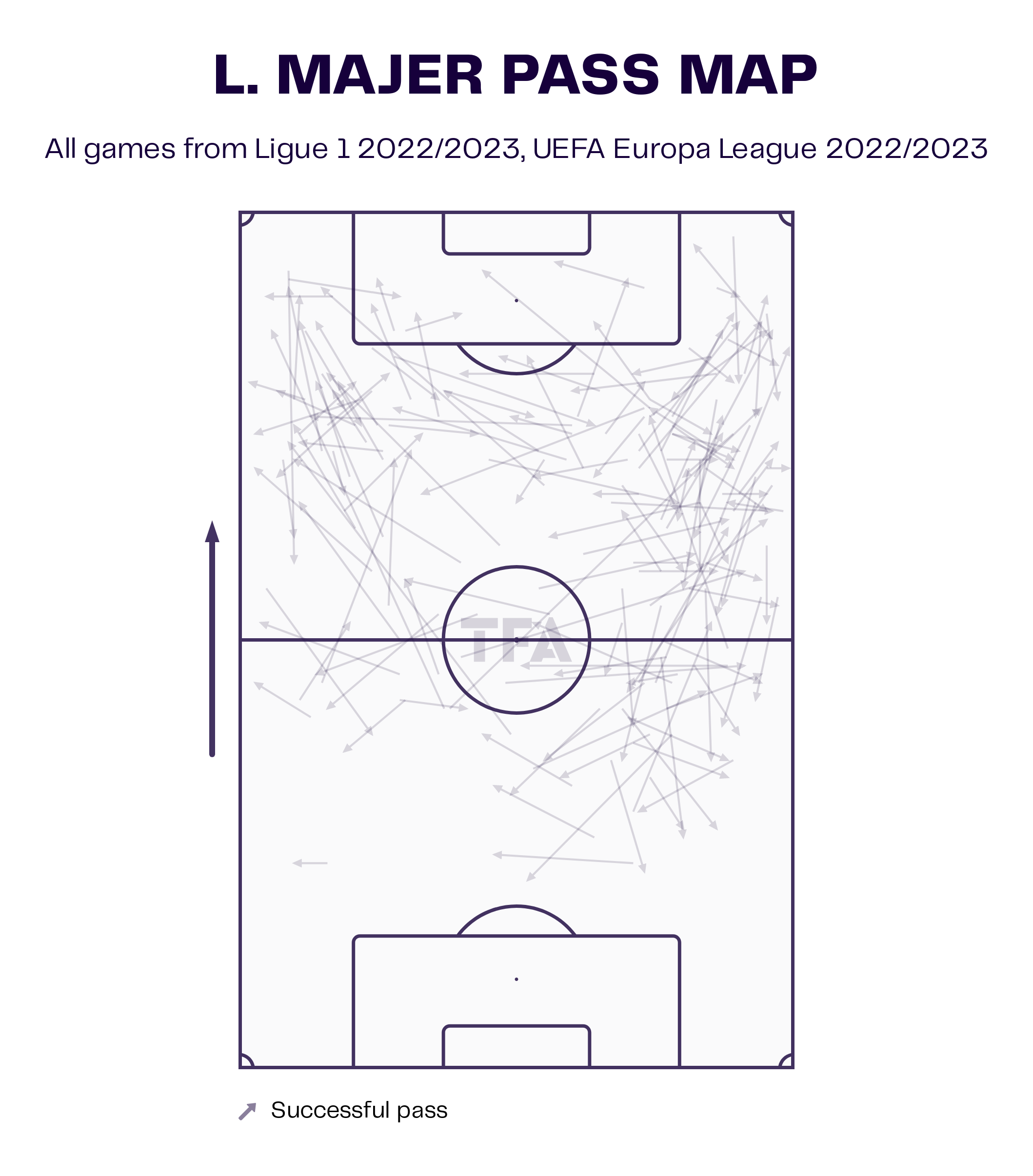 Lovro Majer likes to distribute the ball to the flanks and sometimes finds a player inside the opposition penalty box. Last year, the midfielder averaged 44.77 passes per 90 minutes and had an 81.5% accuracy rate. These included 5.68 passes to the final third and 3.7 passes to the penalty area. This season, the passing rate has gone down to 39 passes per 90 minutes and the passes to the final third and penalty area have also decreased. However, the player is still adjusting to the new season and will look to improve his stats in the next matches. 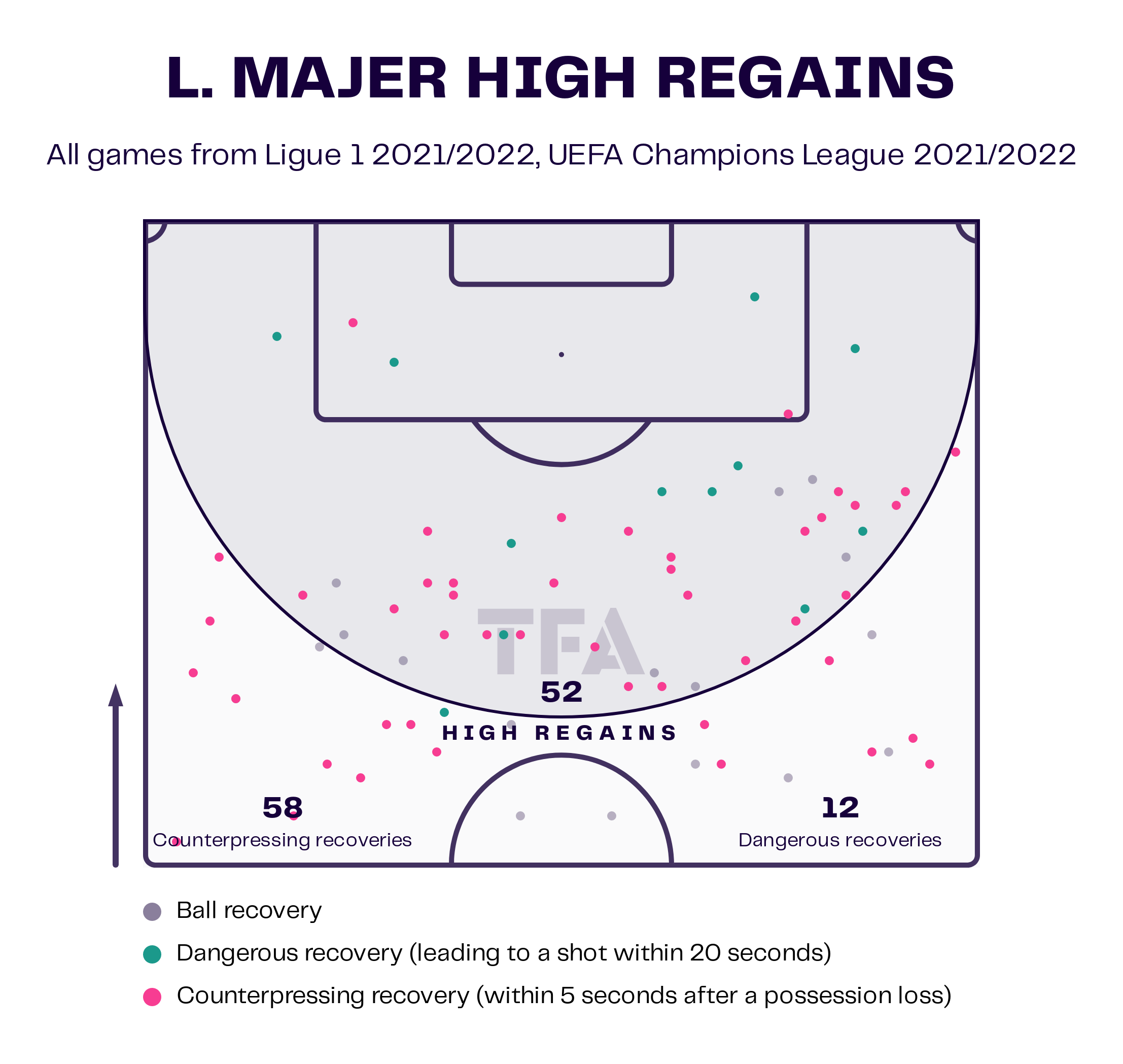 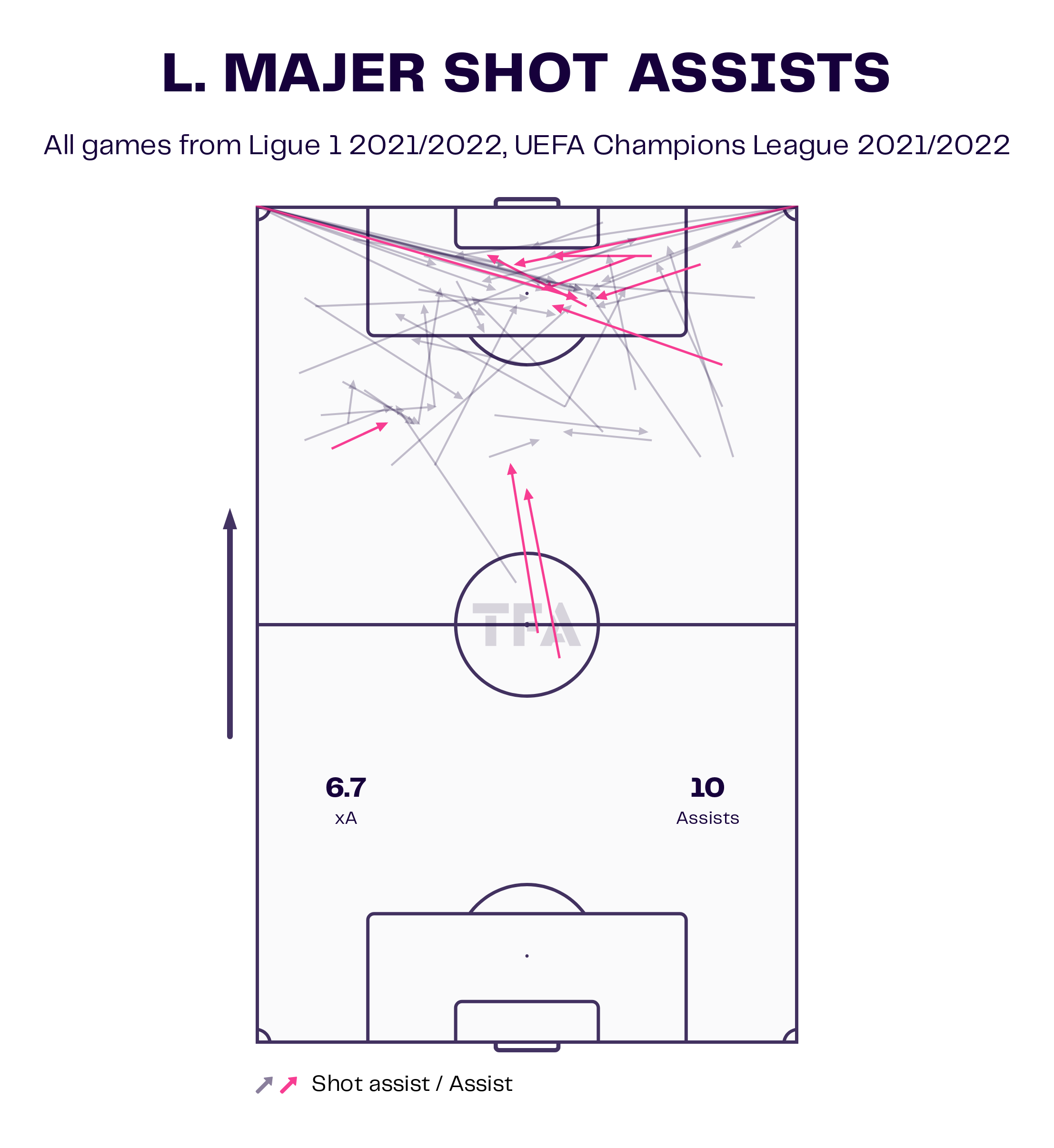 Lovro Majer has scored goals in the past and isn’t afraid of taking a shot or two in the match. He averaged 1.93 shots per 90 minutes last season and had a 36.4% accuracy rate. The shot assist rate was also a bit similar for the player. This led to ten goals. This season, the shot assists have risen to 2.21 and this has led to two assists.

Arsenal will keep an eye on the player and make a move as soon as possible. Other clubs are also monitoring his performances, and Rennes are also demanding a huge price. The Gunners need a midfielder and they have a chance to sign one of the upcoming talents in football.