Moises Caicedo became a Brighton player last season. The player was loaned out to the Belgian side Beerschot at the start of the season. He impressed on his loan spell and was called back in January. The 20-year-old made his debut in the English Premier League against Crystal Palace in January this year.

This season, Graham Potter trusted the youngster and he was part of his starting 11 in every game. The manager has left the club, but the player is likely to continue in the same role. The performances have been impressive and that has regained the interest of Manchester United.

The Red Devils were after the player in August. Moises Caicedo played a huge role in his side’s victory at Old Trafford. Erik ten Hag’s side signed Casemiro on the deadline day, and Caicedo remained at Brighton. The youngster recently spoke about his wish to play at Old Trafford, and Manchester United might be ready to capitalise on such an opportunity. We now look at some of the stats that show what Caicedo could bring to Old Trafford. 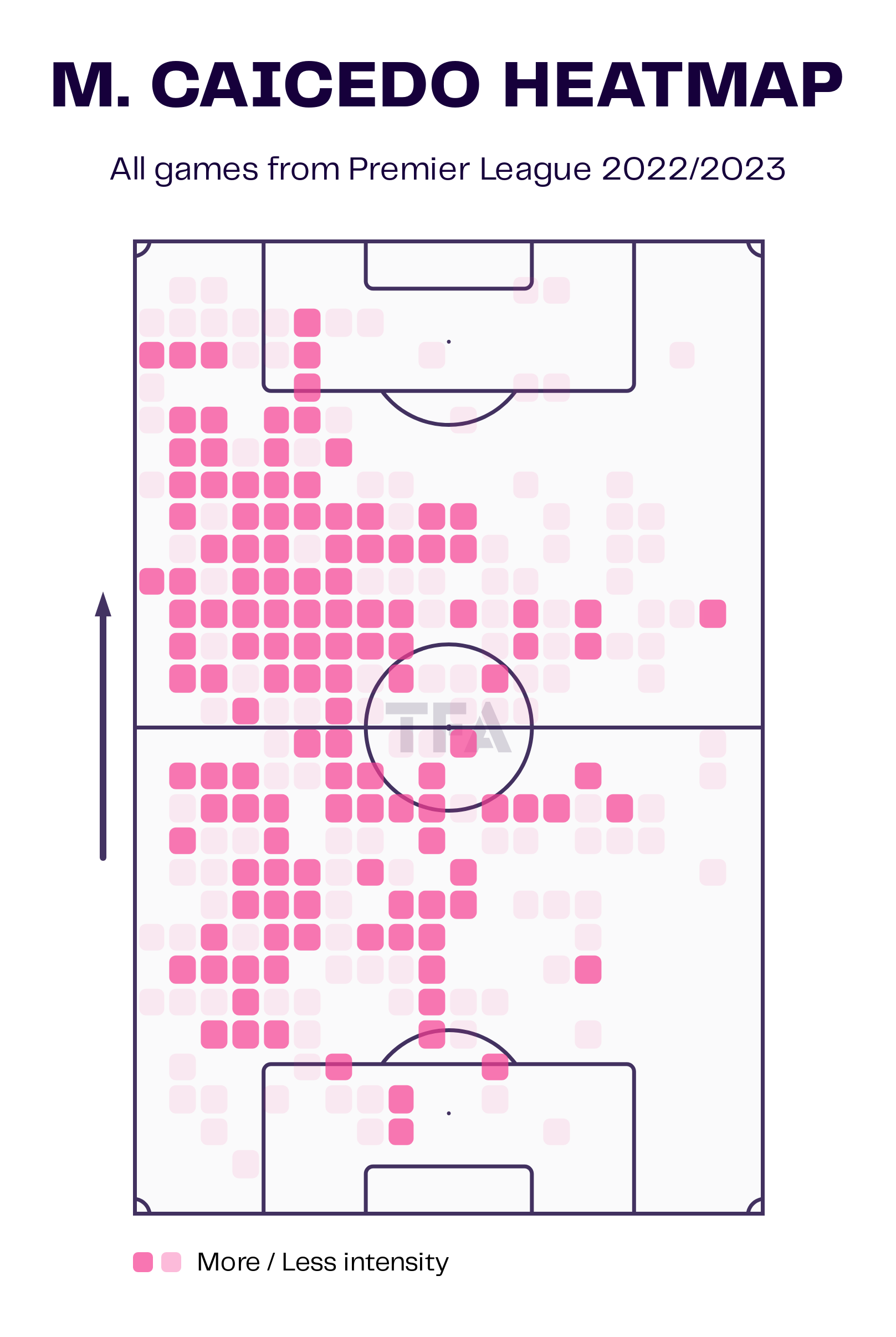 Moises Caicedo has featured as a right-central midfielder for the Seagulls. He has started in every match and scored his first goal of the season in their last English Premier League match against Leicester City. The heatmap of the player shows that Caicedo’s average position is inside the attacking half. This is a similar position to that in which Christian Eriksen plays. The Red Devils will be searching for a replacement for their Danish midfielder in 2-3 seasons. Caicedo could turn out to be an ideal replacement for the player. 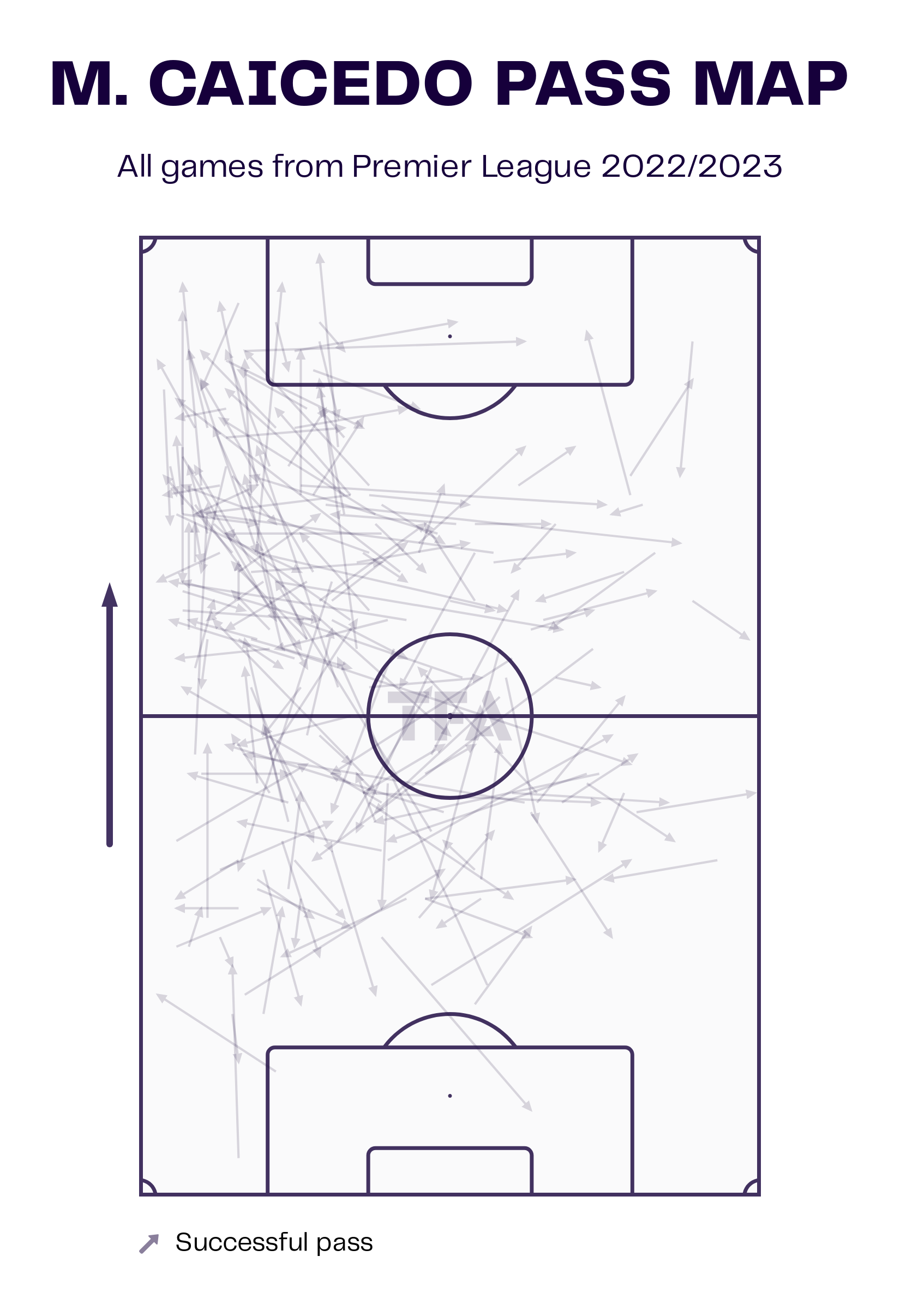 The Ecuadorian has had a fair share of the ball in possession. He averages 36.8 passes per 90 minutes with an accuracy rate of 88.4%. These include 3.65 passes to the final third and 0.95 passes to the penalty box. All the passes into the penalty box have been successfully delivered. Last season, he averaged 33.37 passes and had an accuracy rate of 87.7%. Moises Caicedo has shown some improvement from last season and could improve more with the season up ahead. 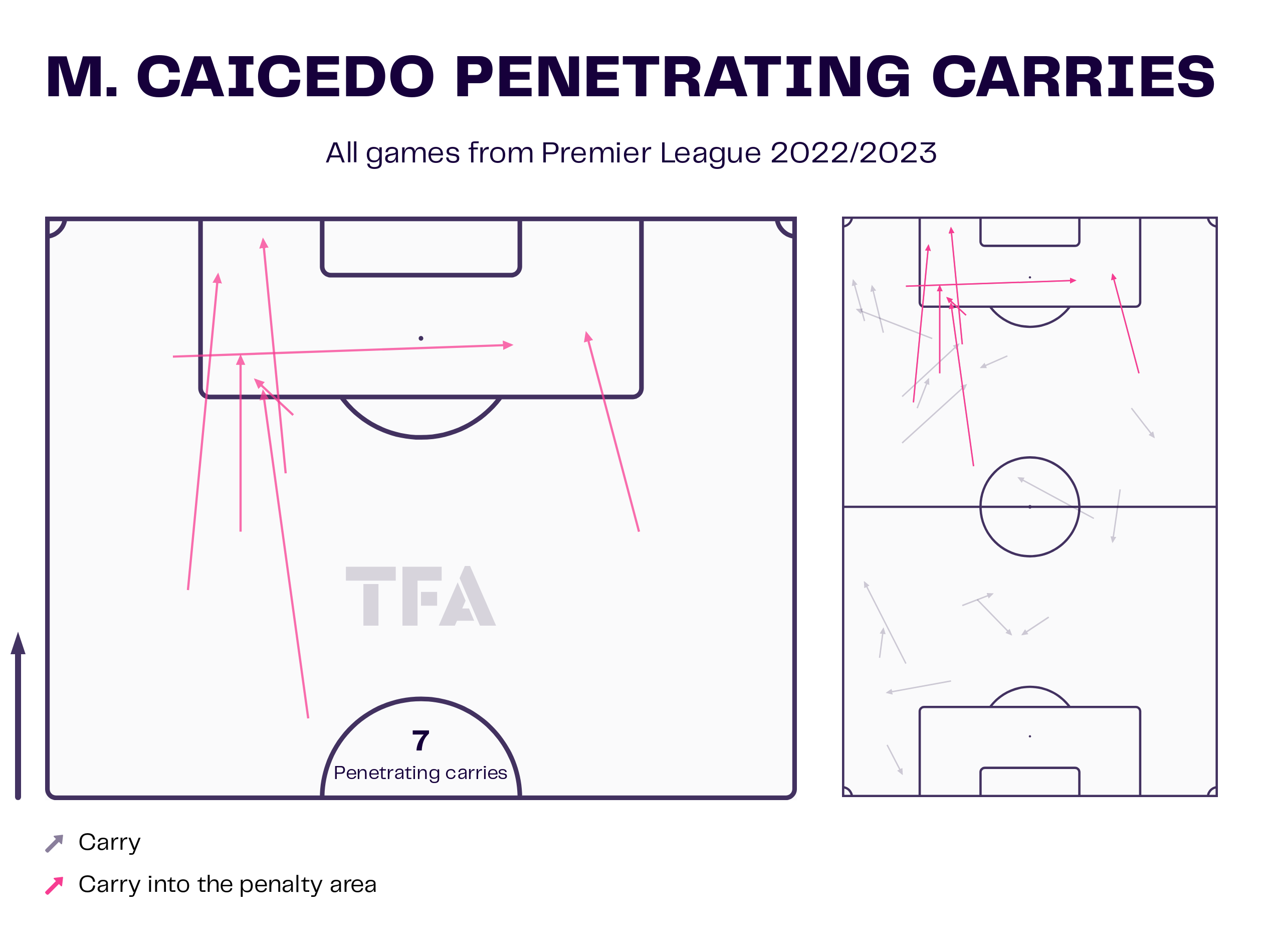 One of the areas where the player has shown significant improvement is in his ability to carry the ball into dangerous areas. Last season, he carried the ball six times into the penalty area in 704 minutes spent on the pitch. This season, Caicedo has already made seven such runs in 567 minutes. This shows that Caicedo is getting the confidence to carry the ball and will look to penetrate the box even more with such runs. 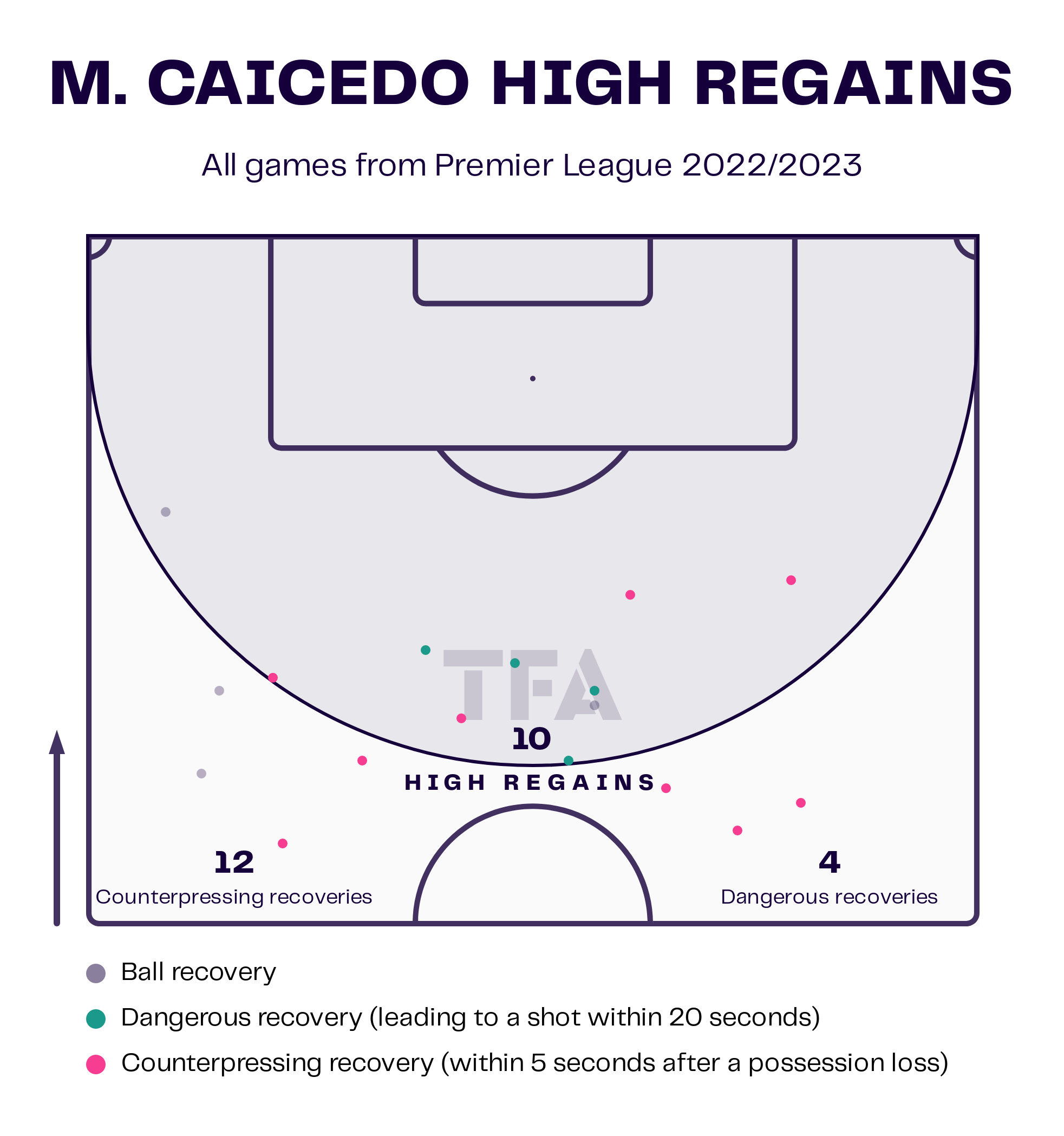 Moises Caicedo has also been involved in some of the defensive duties. He averaged 16.83 duels per 90 minutes and had a 52.8% win rate. Last season, the duels contested were almost similar and the win rate was 55.7%. Caicedo’s ability to recover the ball in dangerous areas has raised the level of his game. Last season, the player made 10.33 recoveries per 90 minutes and 53.1% of them were made in the attacking half. This time the rate has gone down to 8.25 and 32.7% of these recoveries were made in the attacking half. The rate might have gone down, but the player has still managed to recover ten times in the attacking third. These recoveries can lead to goal-scoring opportunities.

Manchester United might be adding another young midfielder to their ranks. He could be available at a good price and the Red Devils will have a position secured in the future. Now everything depends on the form of the player and the requirements of the manager.