Chelsea have been one of the busiest teams in the transfer market since Todd Boehly purchased the club. As the American businessman seeks his first trophy as a Chelsea owner, they are hungry for success. The Blues went after a lot of players in the summer but were unable to make a lot of signings. As the season continues, their interest in these players is waning and Chelsea might make a move for them in January. One such player is Ajax midfielder, Edson Alvarez. The Mexican international has shown a lot of improvement this season. He is seen as a replacement for N’Golo Kante, whose injuries have hampered his performances in recent seasons and made him miss a few games. Alvarez is rising in the ranks, and here are some of the stats that show why the player could be considered as a replacement for N’Golo Kante. 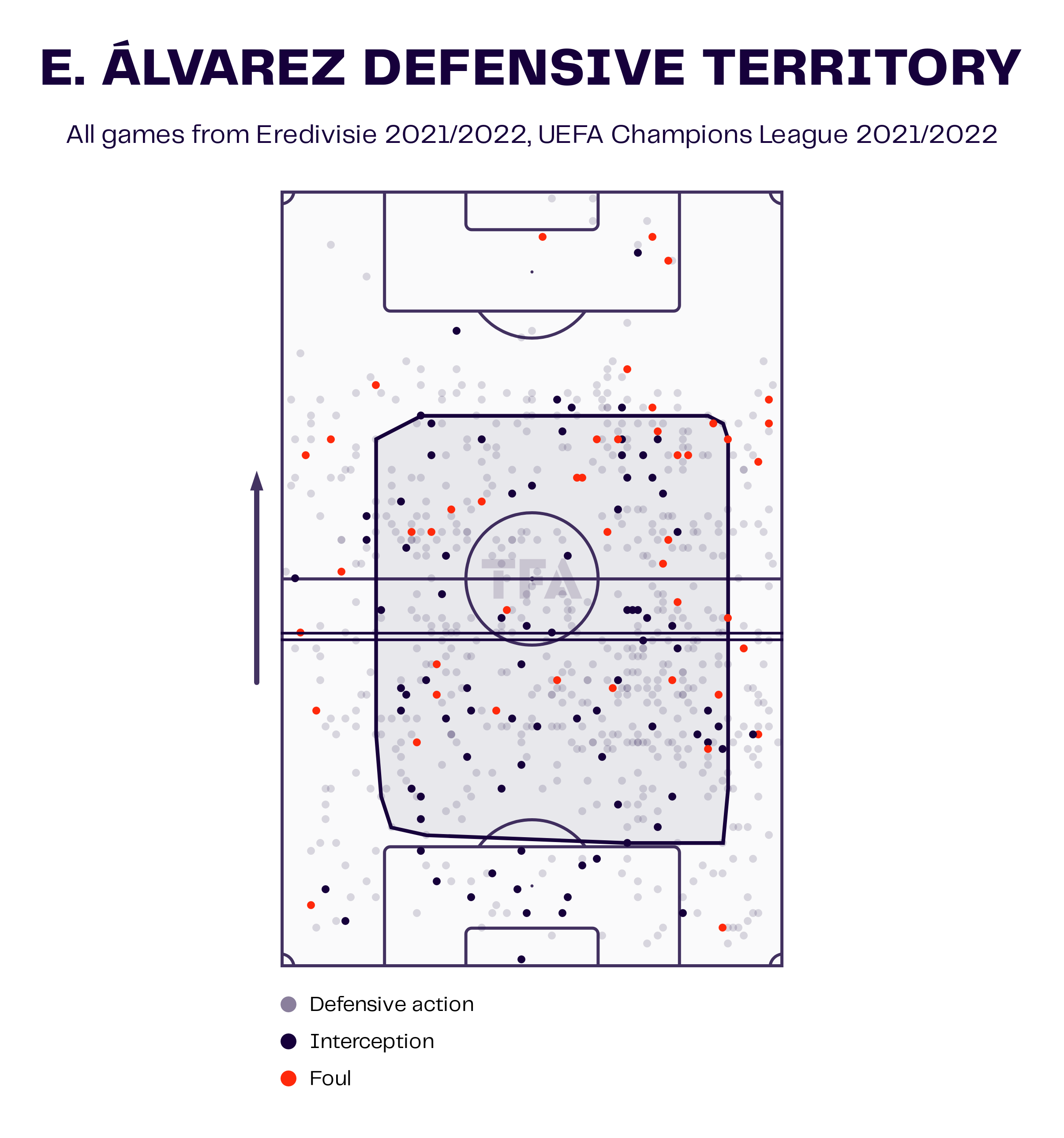 Ajax midfielder Edson Alvarez has been a regular in the Ajax squad for the last two seasons. He played 38 games combined in the UEFA Champions League and the Dutch Eredivisie and was able to score five goals along with one assist. The above viz shows the defensive territory of the player from last season. Edson Alvarez featured as a defensive midfielder, but the manager used him as a makeshift defender in the team. The 24-year-old played as a centre-back and as a full-back. He averaged 23.04 duels per 90 minutes and had a 56% success rate. This shows that Alvarez has a good defensive record and can play at the back if there are any injuries to the team. 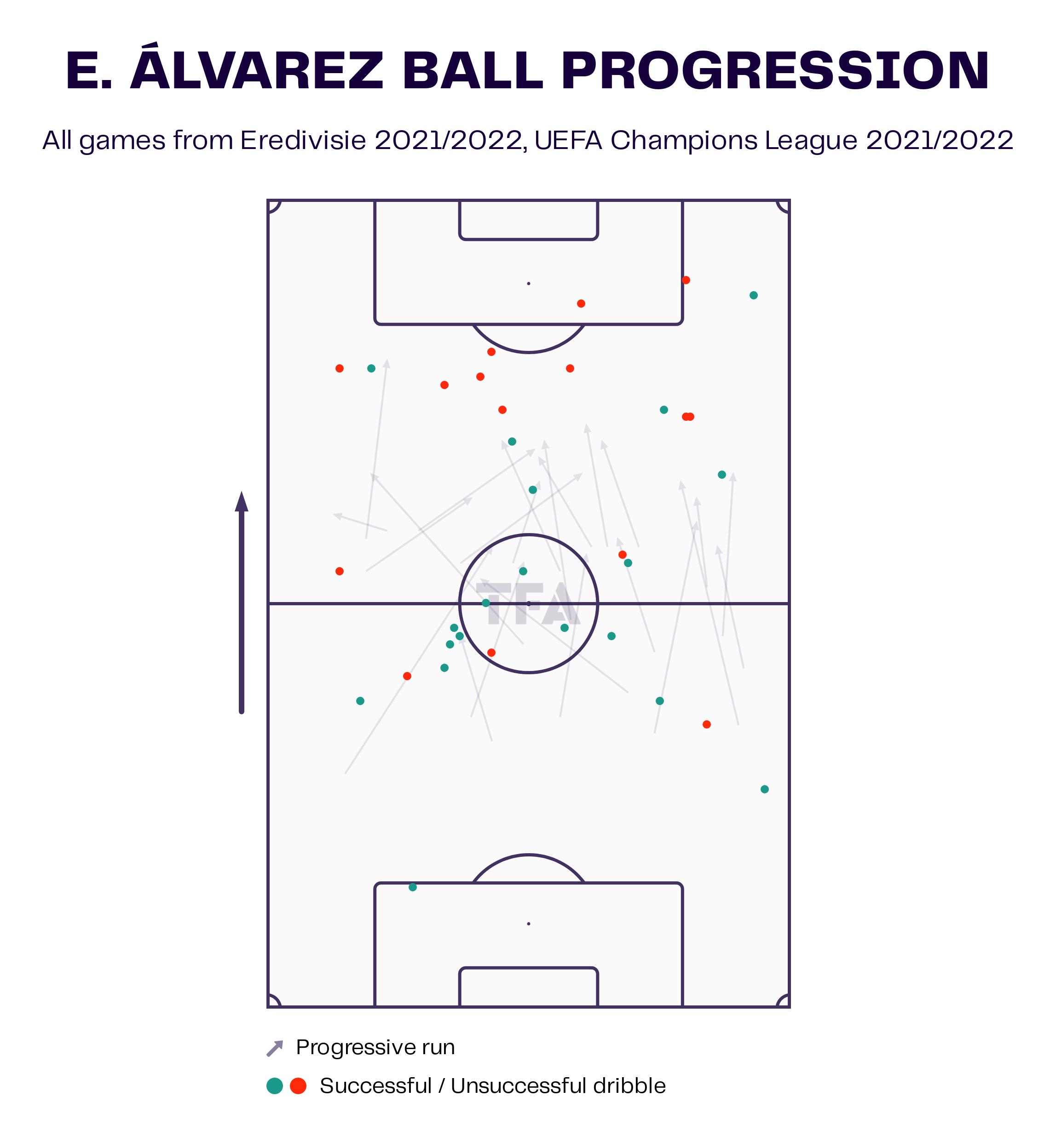 The midfielder played in a defensive line last season and hasn’t made a lot of progressive runs. This shows that Edson Alvarez likes to command from the middle and won’t offer a lot to his team with some dangerous runs to the attacking half. However, Chelsea plays with wing-backs and this could help them to provide defensive cover. 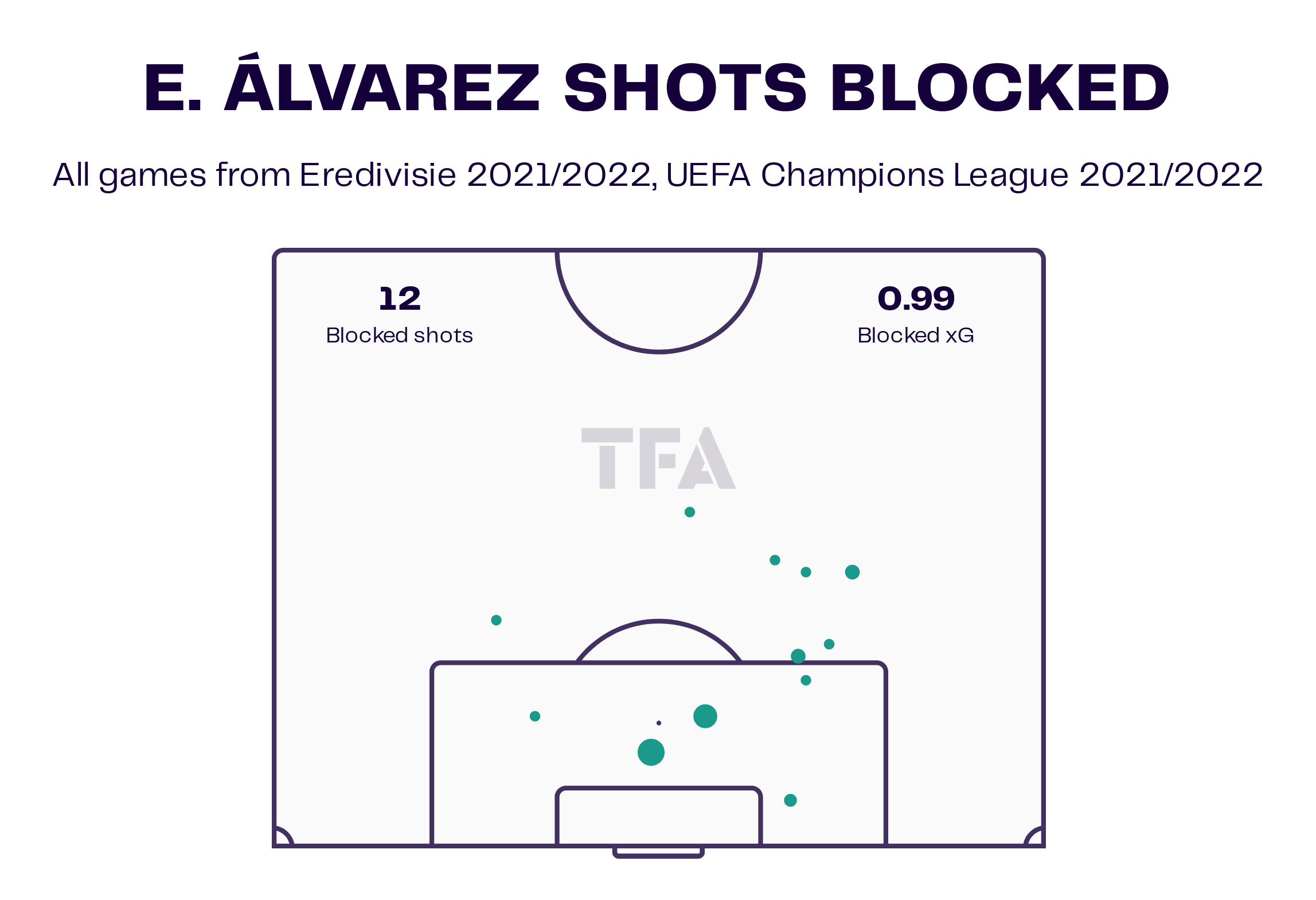 Edson Alvarez isn’t afraid of taking shots on his body and made 12 blocks last season. He made three crucial blocks right in front of the goal.

The Mexican could be on his way to a new club in January or in the summer. He is one of the finest players in the Dutch league and would love to make his name in the English Premier League. Chelsea will try to sign the player in January if possible.