Manchester City are one of the teams that have joined the battle to sign Villareal winger Alex Baena. They are one of the few clubs in the English Premier League that are interested in acquiring the services of the 21-year-old. The Spanish U-21 international rose through the ranks at Villareal and is now getting a few minutes on the pitch. He has impressed everyone with his performances and it looks like the player might be on the move away from Spain next season.

Manchester City needs to strengthen their bench and needs a few young players who could become good prospects for the future. Pep Guardiola is looking to bring in another recruitment from Spain and has shown an interest in Alex Baena. His wingers have also underperformed a bit this season. Riyad Mahrez is without a goal and an assist this season, and Jack Grealish has scored one goal. They do not have a backup player for these two. Alex Baena can play on both wings and we will have a look at some of the stats that show why Manchester City are behind the winger. 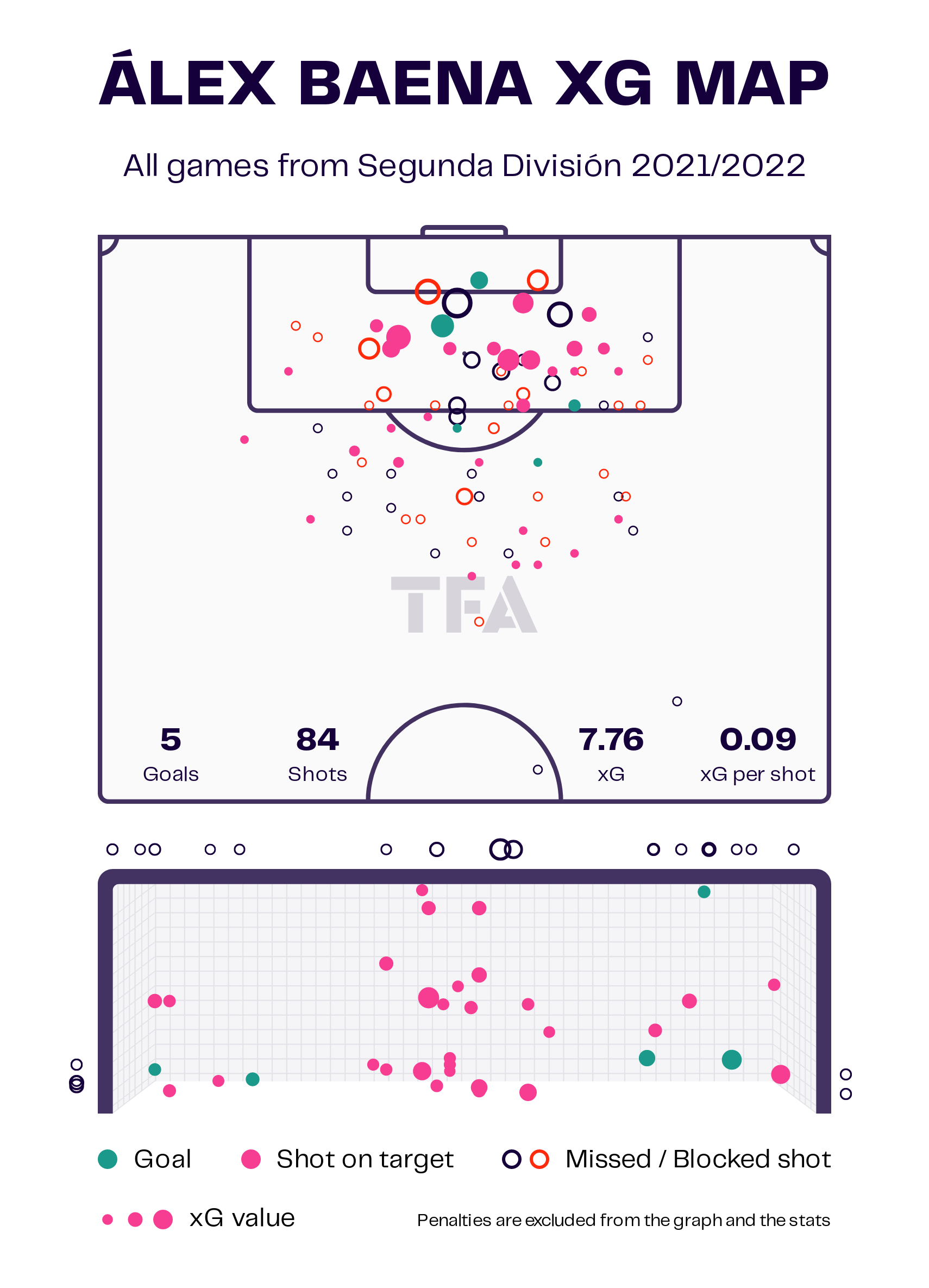 Alex Baena spent last season on loan at Girona in the Spanish second division. He appeared in 42 games and scored five goals along with six assists. This season, Baena has featured in every LaLiga game for his team but has started in only one match. He scored a brace after coming off the bench in the first match of the season and also scored a goal in his first start in the league this season. Baena has featured as a left winger for Villareal and was the right winger at Girona. He averaged 2.25 shots per 90 minutes and had a 40.5% accuracy rate in the Spanish second division. This season, the player is more clinical as he averages 3.04 shots per game and has a high accuracy rate of 75%. 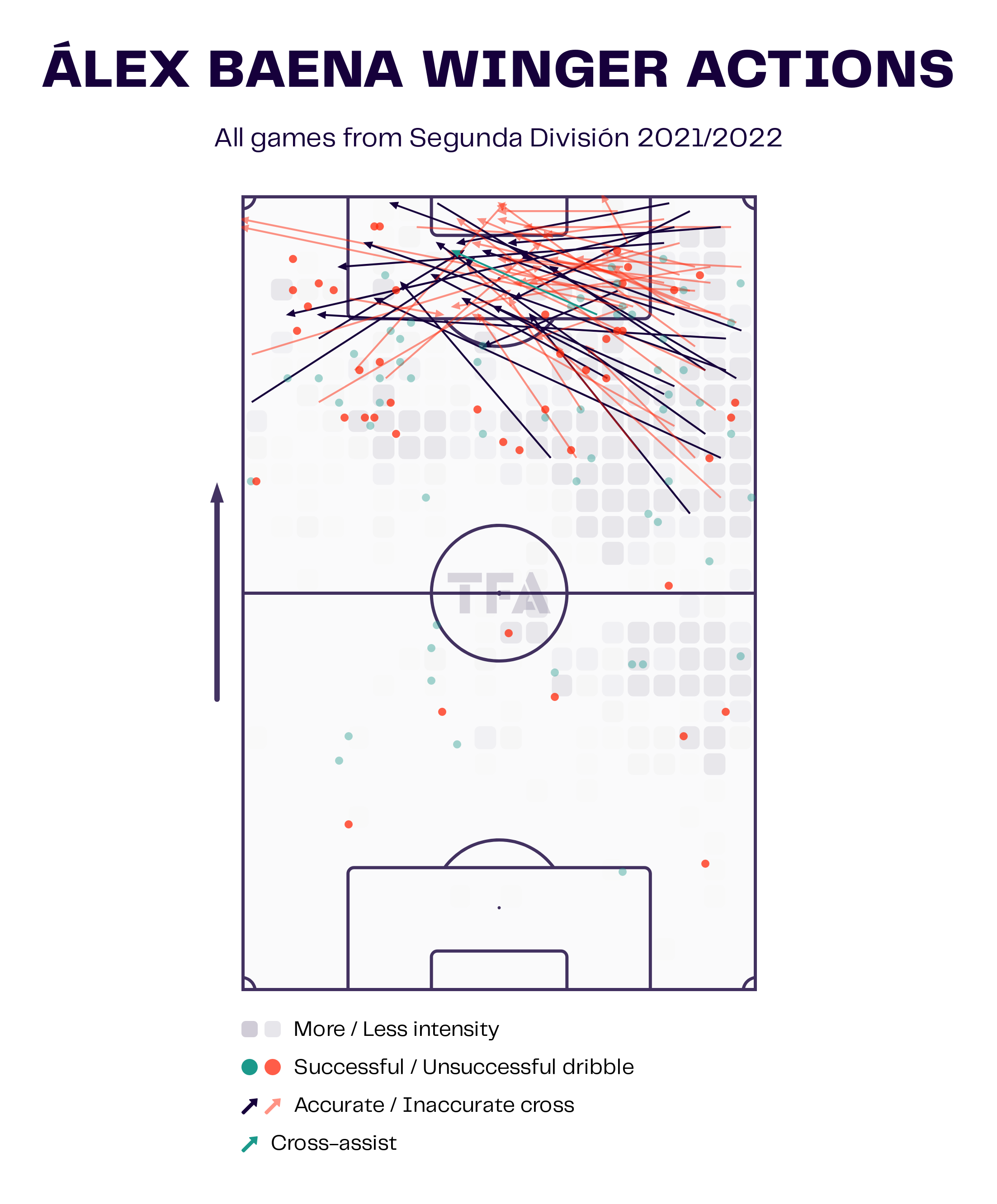 The winger was ever-present to create threats from the wings for Girona last season. He tried to dribble past the opposition defenders on occasion and also delivered a few crosses into the opposition penalty box. Alex Baena averaged 6.06 dribbles and 4.13 crosses per 90 minutes last season. He dribbled past the defender 57.1% of the time, and 31.2% of the crosses were successfully delivered. This season, the dribbles have gone down to 2.66 but the success rate has risen to 85.7%. His ability to get past the defenders and deliver such crosses can create some goal-scoring opportunities for the team. 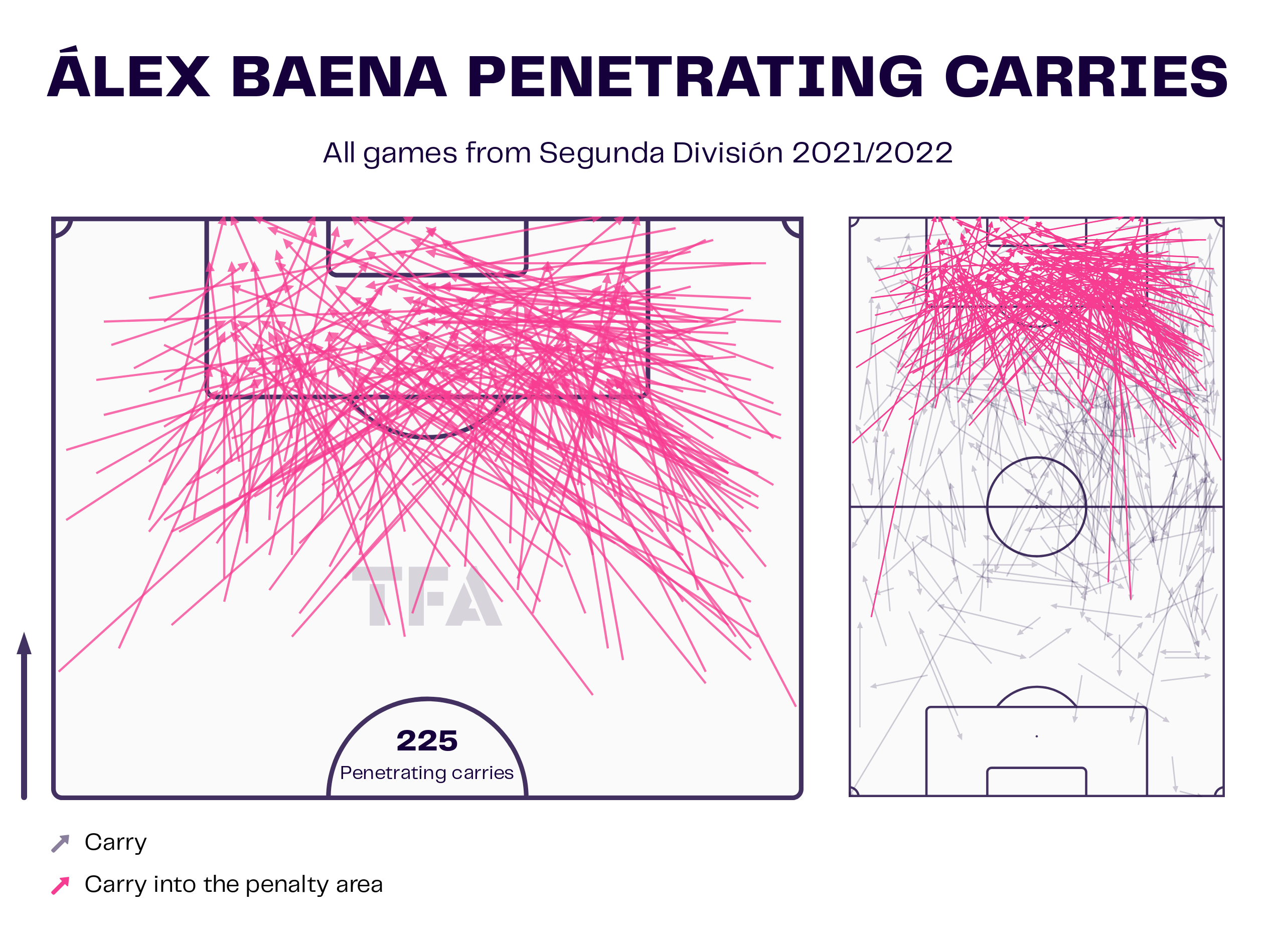 Alex Baena made some runs and penetrated the opposition penalty box on 225 occasions last season. He carried the ball into the penalty box from different areas of the pitch. He is a confident young winger and has the pace to make such runs. 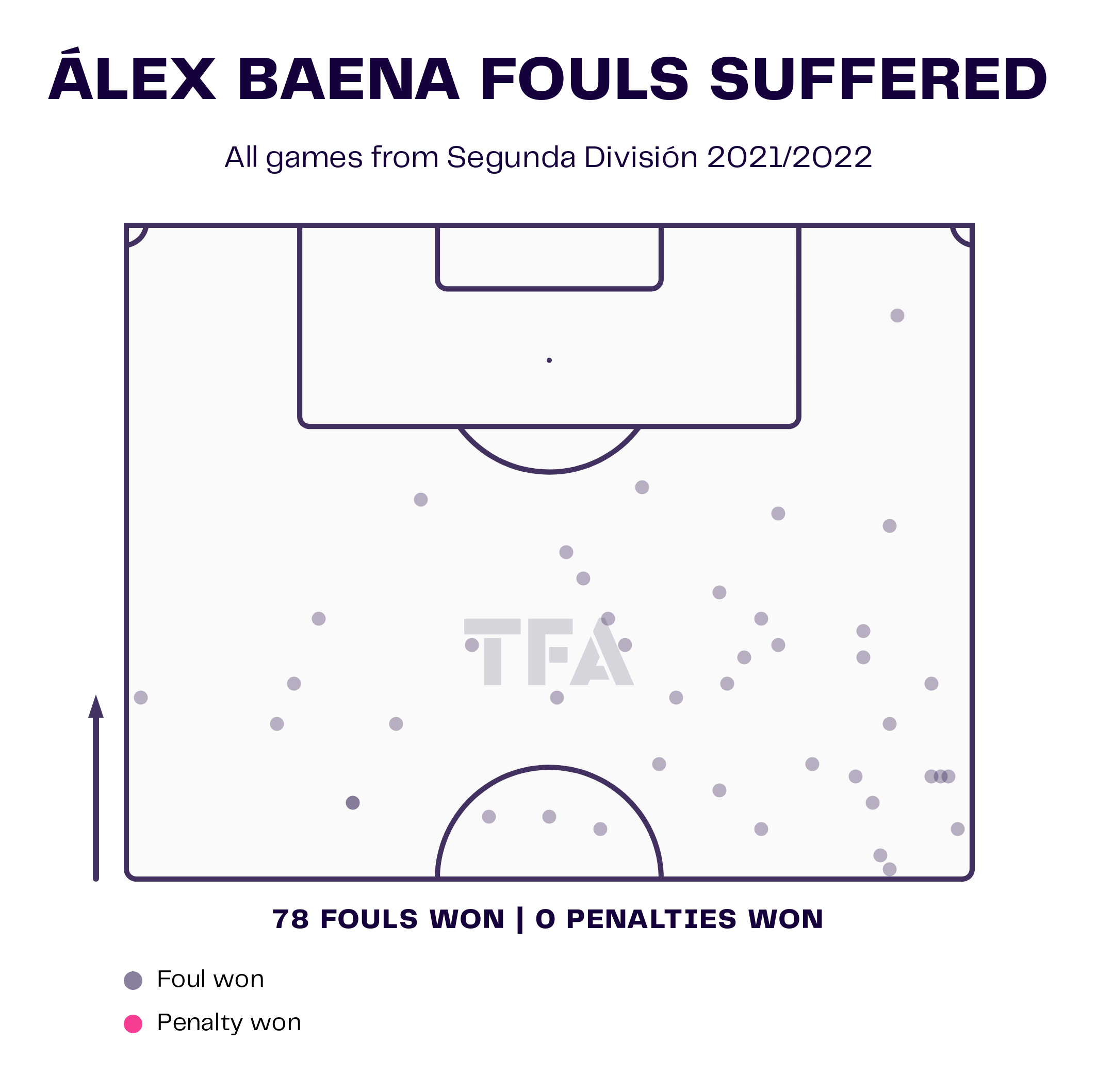 Last year, Alex Baena drew the challenges of the opposition defenders, and he was fouled 78 times. Some of these fouls were won in the attacking third.

The 21-year-old has less experience of playing top-level football. He is still getting into the swing and gaining some experience. Manchester City and the other teams will assess him in the coming games and then decide on negotiating with Villareal over the deal. The Spanish forward could become a big name in world football and a move to Manchester City would be a career-changing moment for him.

The post Transfer Analysis: Could Spanish U21 international replace the underperforming wingers at the Etihad? appeared first on Football analysis, news, betting and opinion from Man City.