Manchester United won their sixth match of the season after a dominating 2-0 victory over Tottenham Hotspur in the English Premier League. The Red Devils stayed on the front foot from the start and didn’t allow Spurs to make a comeback in the match. Fred opened the scoring in the opening minute of the second half. His shot deflected off the defender and went in. Bruno Fernandes doubled the lead in the 69th minute and secured three points for his side. Spurs lost their second match of the season.

How many shots were attempted by Manchester United? Which Tottenham Hotspur player made the highest number of interceptions? 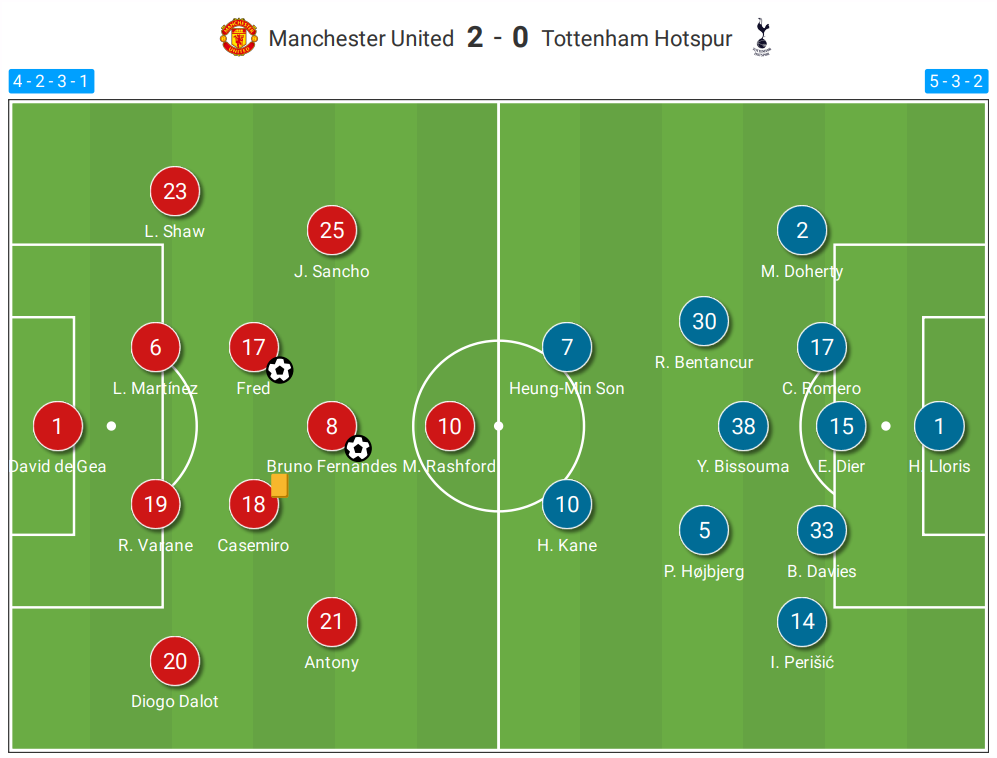