Manchester United defeated Tottenham 3-2 in a thrilling match in the Premier League. Ronaldo scored a hat-trick, helping his team grab all three points.

Which team dominated the xG timeline? Which player led the dribbles chart? 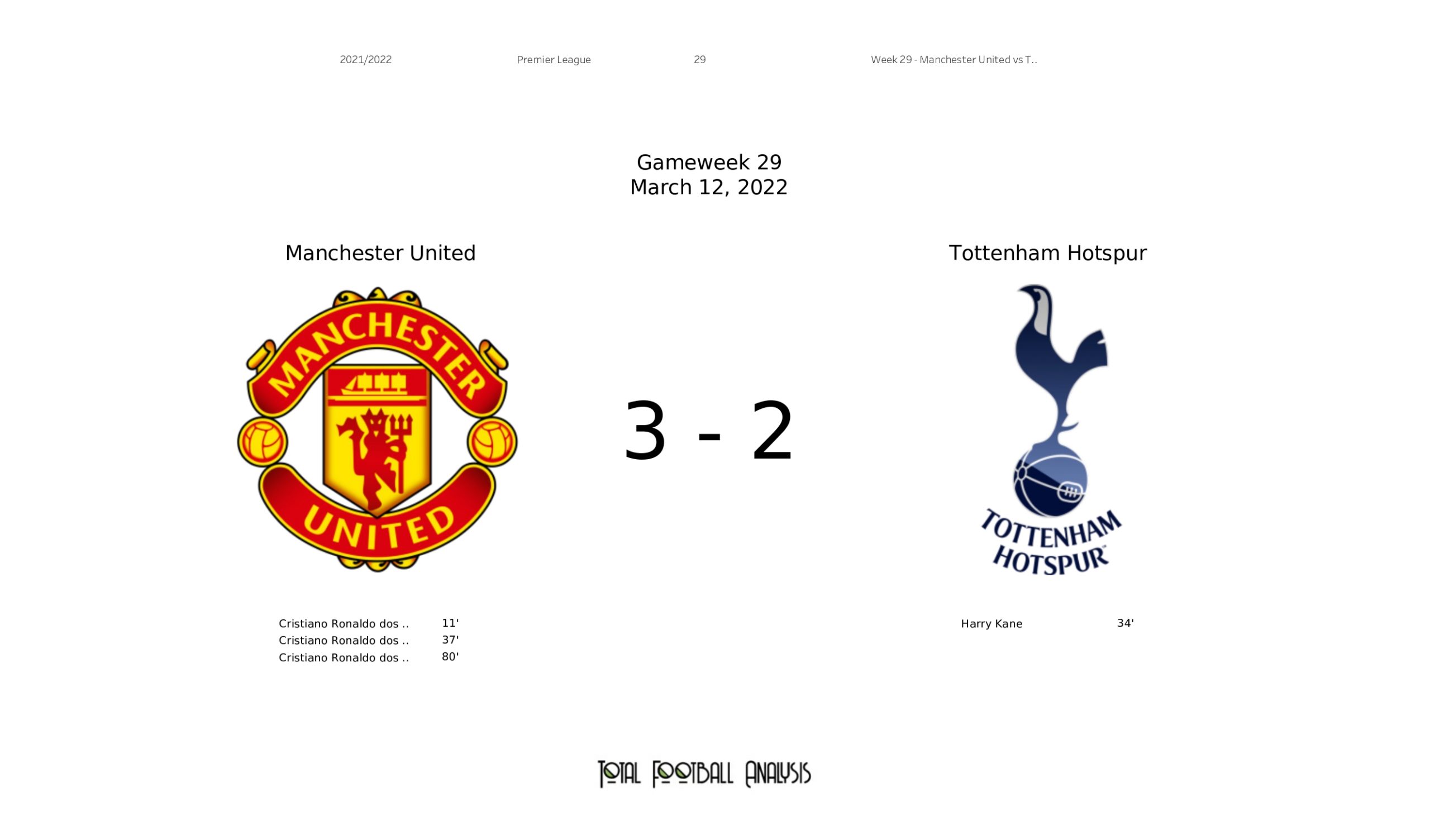