Arsenal returned to winning ways in the English Premier League after a 3-0 victory over Brentford. The Gunners lost the same fixture on the opening day of the season. William Saliba opened the scoring in the 17th minute for Arsenal, and Gabriel Jesus extended the lead after just 11 more minutes. Fabio Vieira scored his first goal for the Gunners to seal a comfortable win.

How many positional attacks were created by Brentford? Who won the most number of defensive duels for Arsenal? 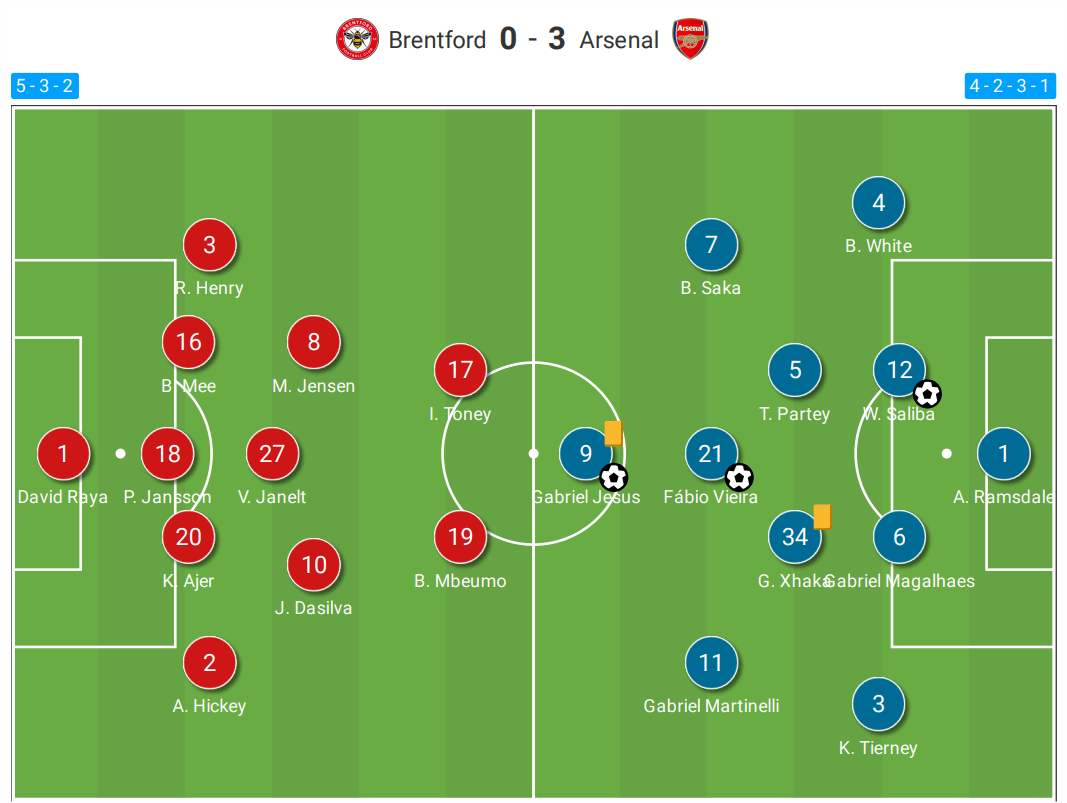