Harry Kane scored a brace as Tottenham dismantled Everton 5-0 at home in the Premier League. Michael Keane’s own goal gave Spurs an early advantage. Son Heung-Min and Sergio Reguilon added a goal each to sink Everton.

Who made the highest number of dribbles? Which team was more threatening? 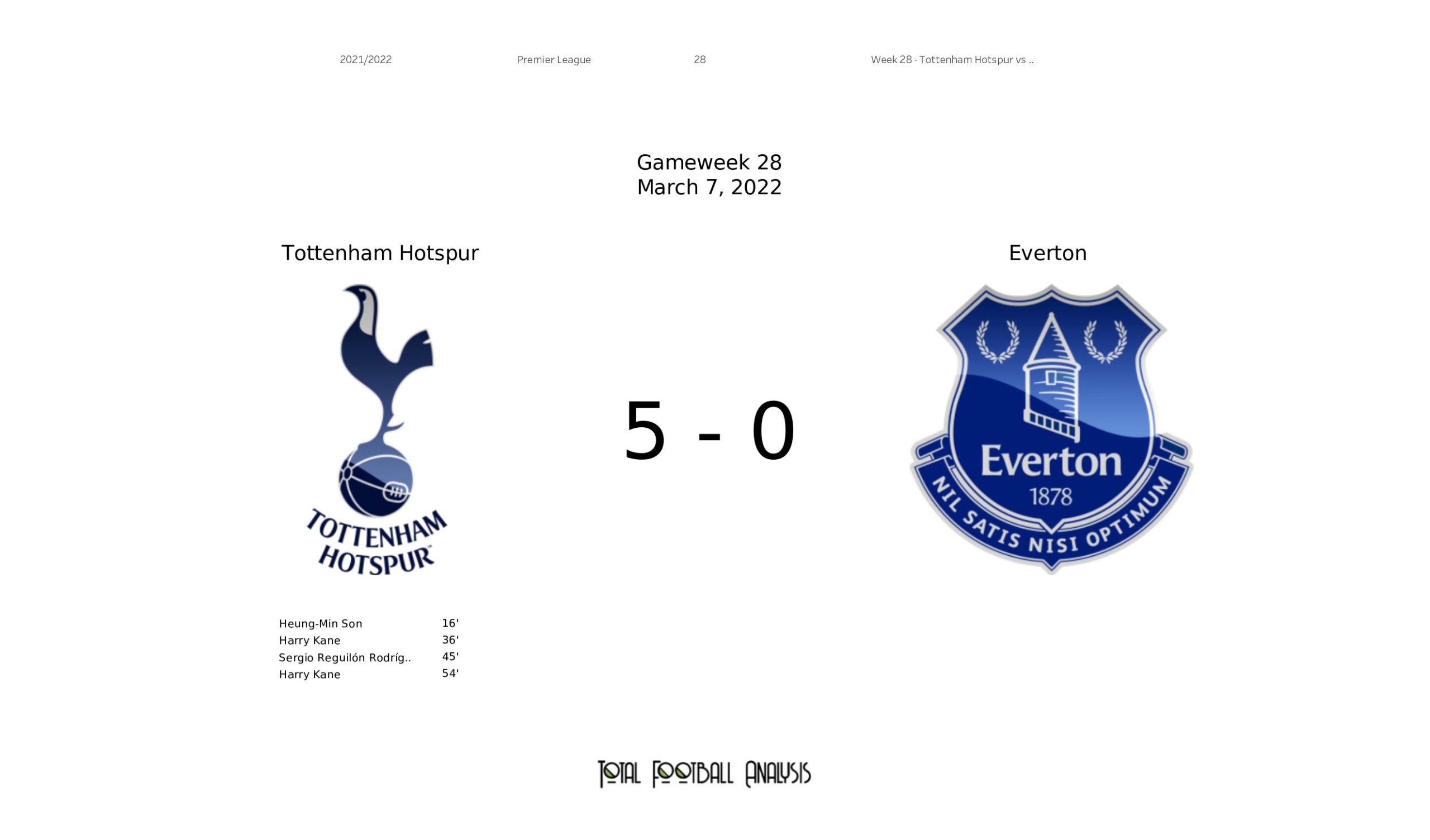