Manchester United are looking for back-to-back wins for the first time this season when they travel to Saint Mary’s Stadium to take on Southampton in the English Premier League. The Red Devils will be high on confidence after their recent 2-1 victory over long-time rivals Liverpool. The Saints, on the other hand, also had a taste of victory in their last game against Leicester City. Both teams are in the hunt for successive wins this season.

Southampton sit above Manchester United in the league table with a win, a draw, and a loss apiece in their first three games. They have found the back of the net five times and have conceded seven.

Manchester United registered their first points of the season after two consecutive defeats. They have scored three goals with an overall xG rate of 1.4 and conceded seven.

Let us look at the three things that could happen in this match according to the data. 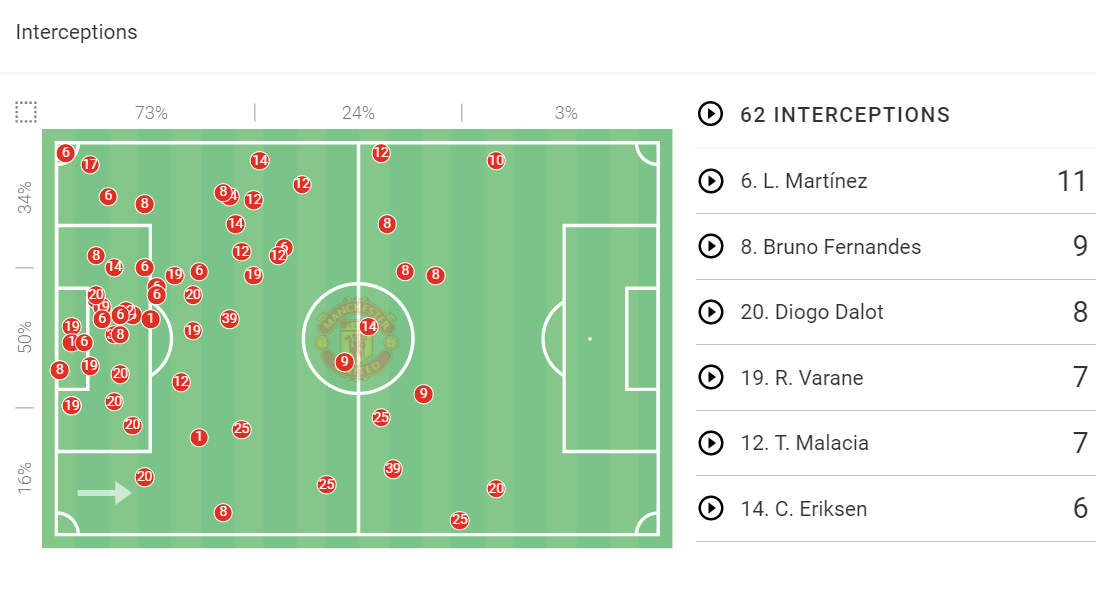 Southampton have scored a goal in every game this season, but it won’t be easy for them to beat a resilient Manchester United defence. The Red Devils average 63.8 defensive duels and 29.77 aerial duels per 90 minutes, with a success rate of 59.4% for defensive duels and 51.9% for aerial duels. Adding to this, Manchester United have made 42.8 interceptions and 77.8 recoveries per 90 minutes. They conceded six goals in the first two games, but the defensive display against Liverpool showed that it won’t be easy for Southampton to break this defence. 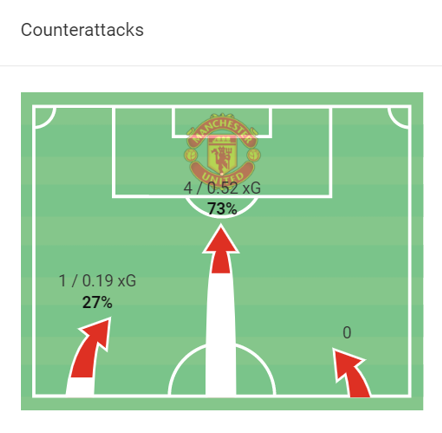 Another area of concern for Ralph Hasenhüttl will be Manchester United’s ability to break on the counter. The Red Devils took their chances against Liverpool and managed five counterattacks. Overall, they average three counterattacks per match, with most of their counters coming from the centre. The Red Devils attempt around 13 shots per match with a 37.4% shot accuracy rate. They have the pace in their attack to break down any defence, and Southampton have to make sure that Manchester United players do not find a hole in their defence. Otherwise, this could bring a lot of trouble for the home team.

Hasenhüttl has been under a lot of pressure since the end of the last season. This season, he has come up with some new tactical approaches, which include some changes in team formation. Southampton played the first match in a 5-3-2 formation and then shifted to a 3-4-2-1 formation for the next match. In their last match, the Saints played in a four-at-the-back formation. They changed their formation twice, and this allowed them to break Leicester City’s defence. Southampton average 27 positional attacks and two counterattacks per match. They also average ten shots per match with a 33.33% shot accuracy rate. Expect them to create some threats in this game.

Che Adams is likely to return to the starting XI after he proved to be a game changer in the last game. The striker came off the bench and scored a brace. There are no new injury concerns in the squad, and they are likely to stick with the same squad.

After a brilliant performance in the last match, Erik ten Hag is unlikely to make a change to the playing XI. However, the new signing, Casemiro, has got enough time this week to settle into the team. The manager might choose him over Scott McTominay, who was brilliant on Monday against Liverpool. Cristiano Ronaldo is likely to start on the bench, with Martial getting the nod ahead of the veteran.

Manchester United are the favourites to take three points away from Southampton. They have shown a lot of improvement and will look to improve their stats, starting with this game. Southampton have also started to gain momentum and won’t be an easy team to beat. This could turn out to be a high-scoring game.

The post Southampton vs Manchester United Preview: 3 things to look out for according to the data appeared first on Football analysis, news, betting and opinion from Man United.