In the English Premier League, Arsenal will travel to Southampton’s St. Mary’s stadium to face the struggling Saints. Both teams are on a winless run and will hope to change their fortunes in this crucial fixture. Arsenal’s chances of qualifying for the UEFA Champions League have taken a setback after two consecutive losses in the league. The Saints, on the other hand, are winless in their last five games and have only earned one point. Arsenal won the reverse fixture comfortably by a scoreline of 3-0. 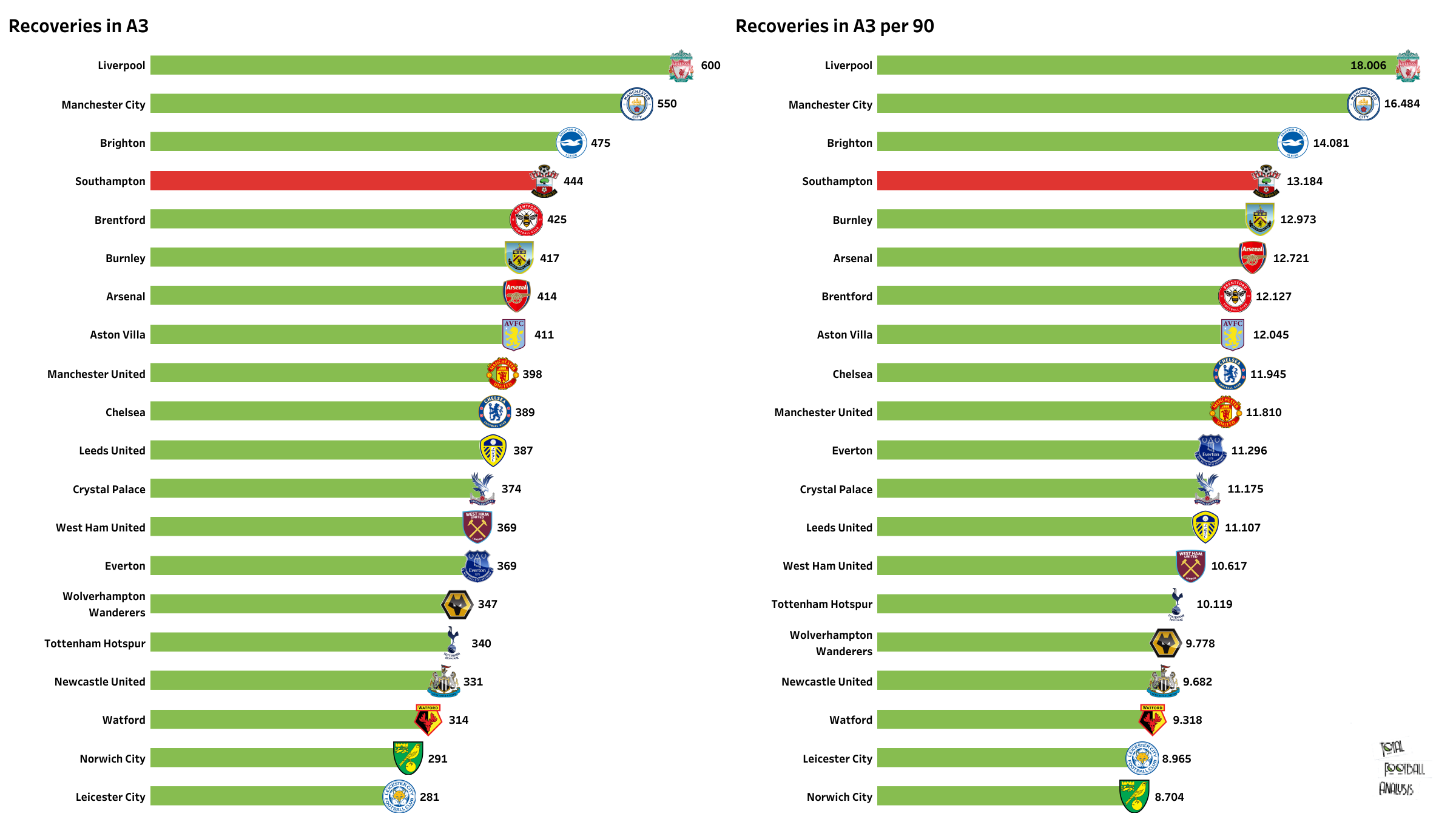 The Saints have won eight, drawn 12 and lost 11 games this season. Of these four defeats, four have come in the last five games. Ralph Hasenhuttl’s men have scored 37 goals with an xG rate of 41.95. In return, they have conceded 52 goals with an xGA rate of 46.41. The above viz shows that Southampton have been impressive with their recoveries in the opposition final third. Overall, the Saints have made 2,472 recoveries, with 444 in the attacking third, 1,053 in the middle, and 975 in the defensive third. 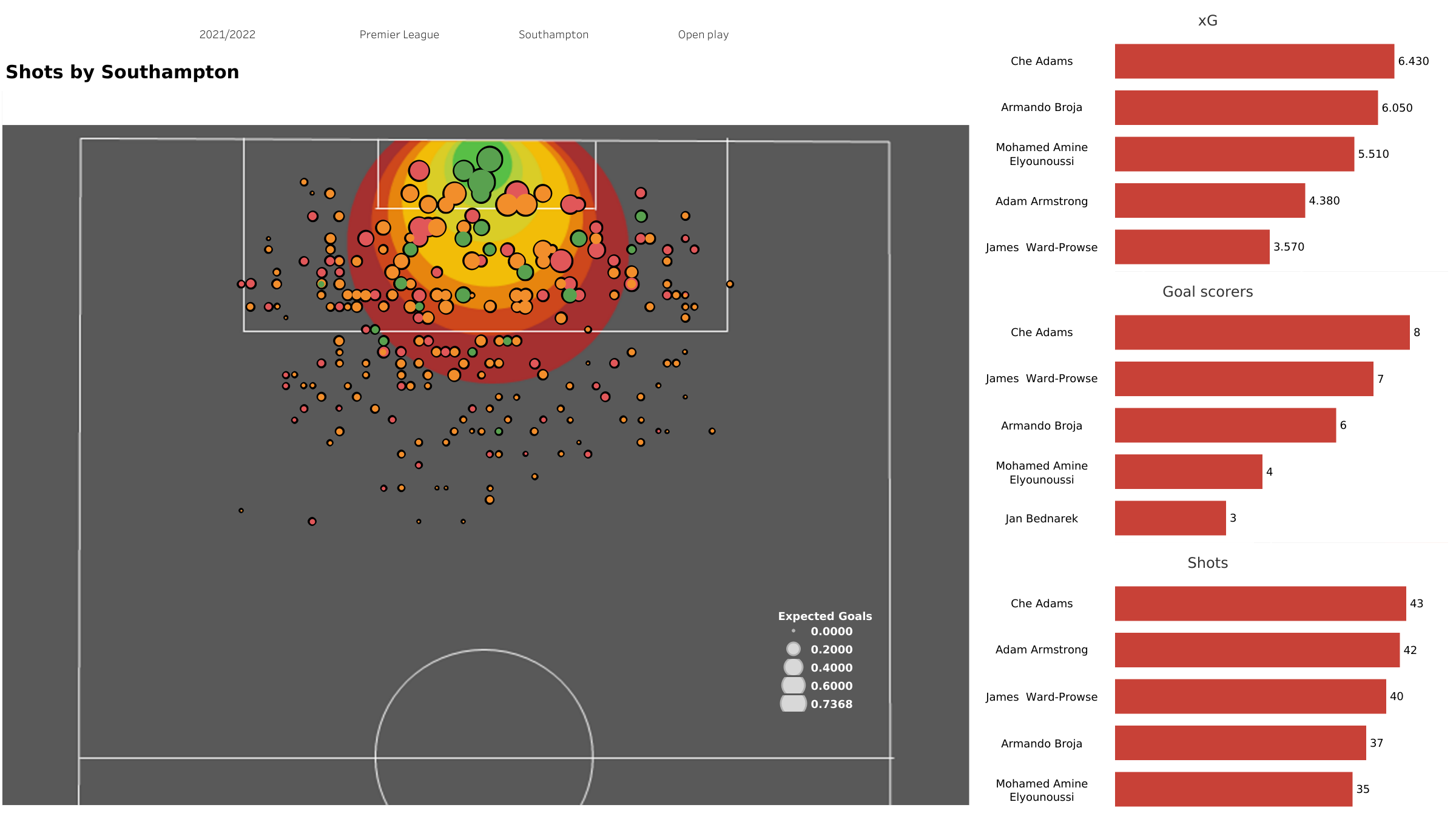 Southampton attempted 377 shots this season and managed to hit the target 143 times. Of these 377 shots, 221 have been attempted from inside the opposition penalty box, with 100 of them on target. The above shot map shows all the shots attempted from open play by the Saints. They have scored a few goals from inside the opposition’s 6-yard box. Southampton are also dangerous on set-pieces, thanks to their captain, James Ward-Prowse, who delivers some quality balls into the opposition box and can score with free-kicks.

Armando Broja will rejoin the team after being ruled ineligible to face his parent club, Chelsea, in the previous round. The manager is expected to make a few changes to the team after their embarrassing loss against Chelsea. 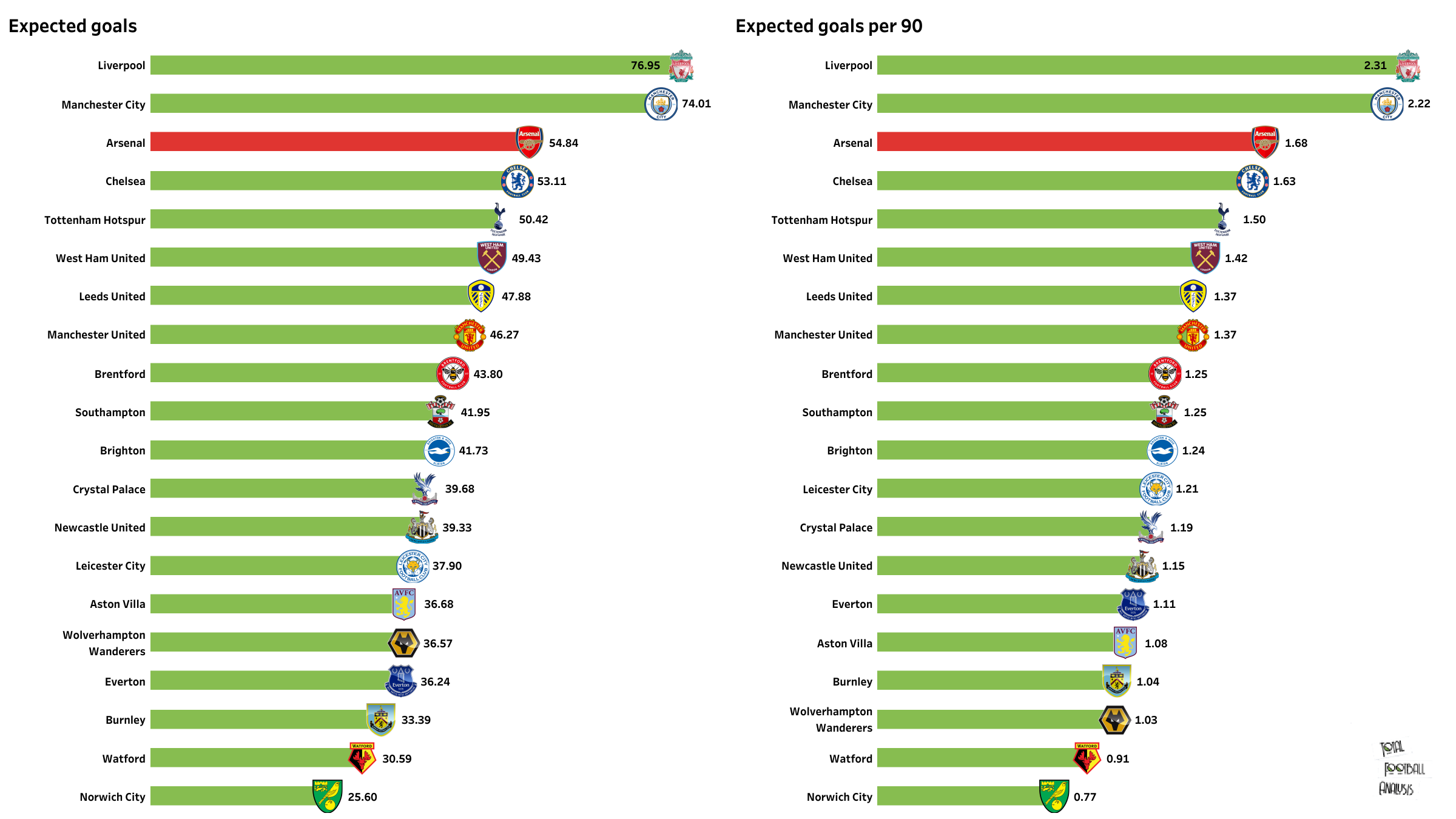 On the other hand, Arsenal, on the other hand, have now lost ten games and are three points behind their rivals Tottenham Hotspur in the league table, but have a game in hand. Mikel Arteta’s men have won 17 games and drawn just three. They have managed to find the back of the net 45 times and have the third-best xG rate in the league, as observed from the above viz. Their defence has conceded 36 goals with a low xGA rate of 37.35. 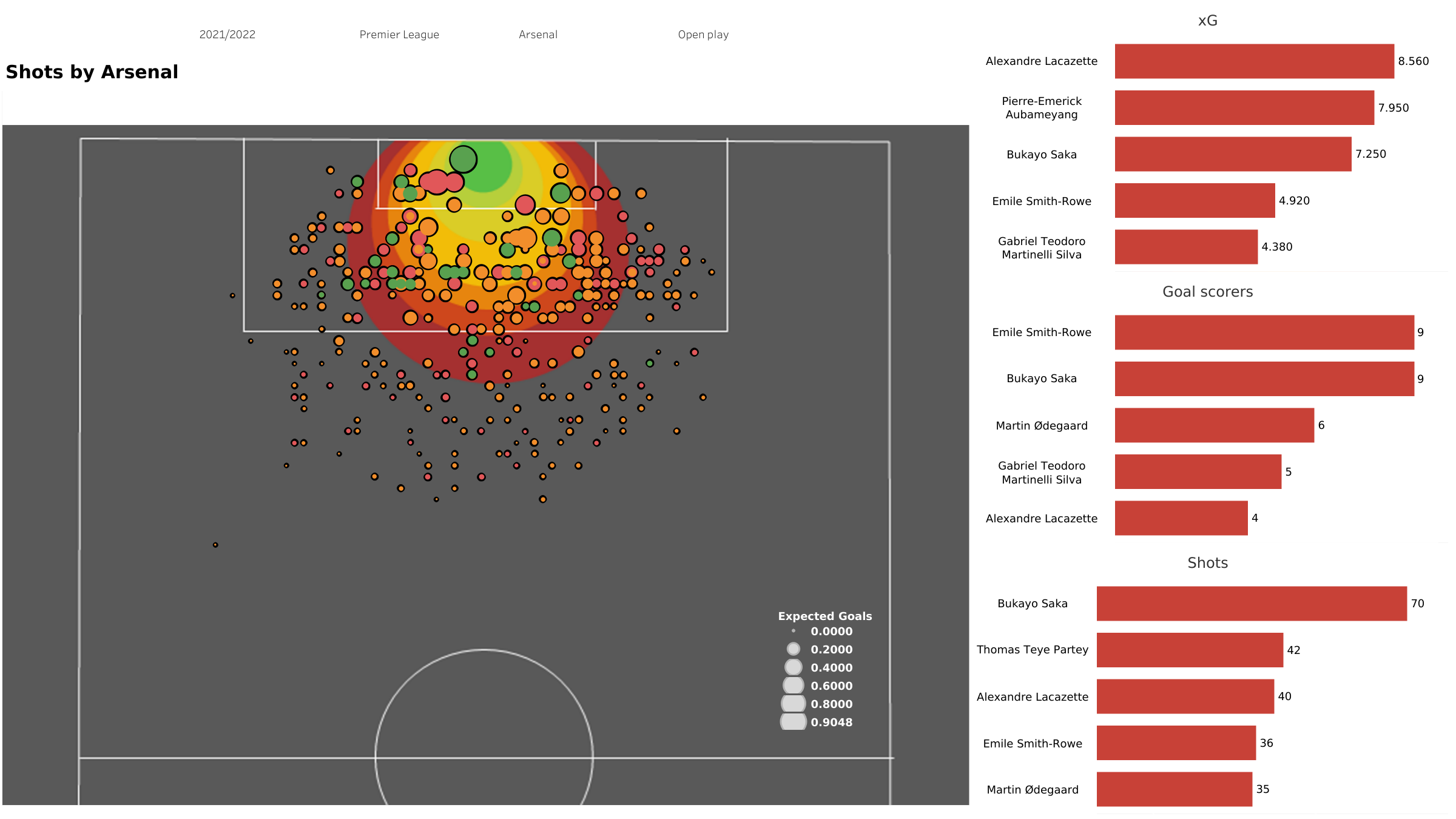 The Gunners have attempted 436 shots and are ranked only behind Liverpool and Manchester City for attempting shots this season. A total of 146 shots hit the target for Arsenal. Of the 436 shots, 251 have been attempted from inside the opposition’s penalty box, with 97 on target. The above viz shows all the shots attempted from open play by Mikel Arteta’s men. They have scored all the goals from quite a similar zone and most of them are from the left side of play.

Nuno Tavares could return to the left-back position for the Gunners in place of Granit Xhaka. This means that Xhaka could line up in the midfield alongside Albert Sambi Lokonga.

Arsenal will go as the favourites to take three points from this match, but they will face tough competition from Southampton, who have only lost four games at home this season. The Gunners need three points to get level on points with Spurs. Both teams are attacking sides, and this fixture could produce a lot of goals.

The post Southampton vs Arsenal Preview: Recoveries in A3, xG, shots and more- what do the stats say? appeared first on Football analysis, news, betting and opinion from Arsenal.