Arsenal continued to impress everyone and came out as 3-1 winners against Tottenham Hotspur in the English Premier League. The Gunners have now won seven out of eight matches and are leading the league table. Thomas Partey opened the scoring for the home team, but Harry Kane scored a penalty to equalise before the end of the first half. Gabriel Jesus scored in his first North London Derby and gave his side the lead early in the second half. Emerson Royal’s red card in the 61st minute and Granit Xhaka’s goal in the 68th minute confirmed three points for Mikel Arteta’s men.

How many positional attacks were created by Arsenal? Which player won the most number of defensive duels for Tottenham Hotspur? 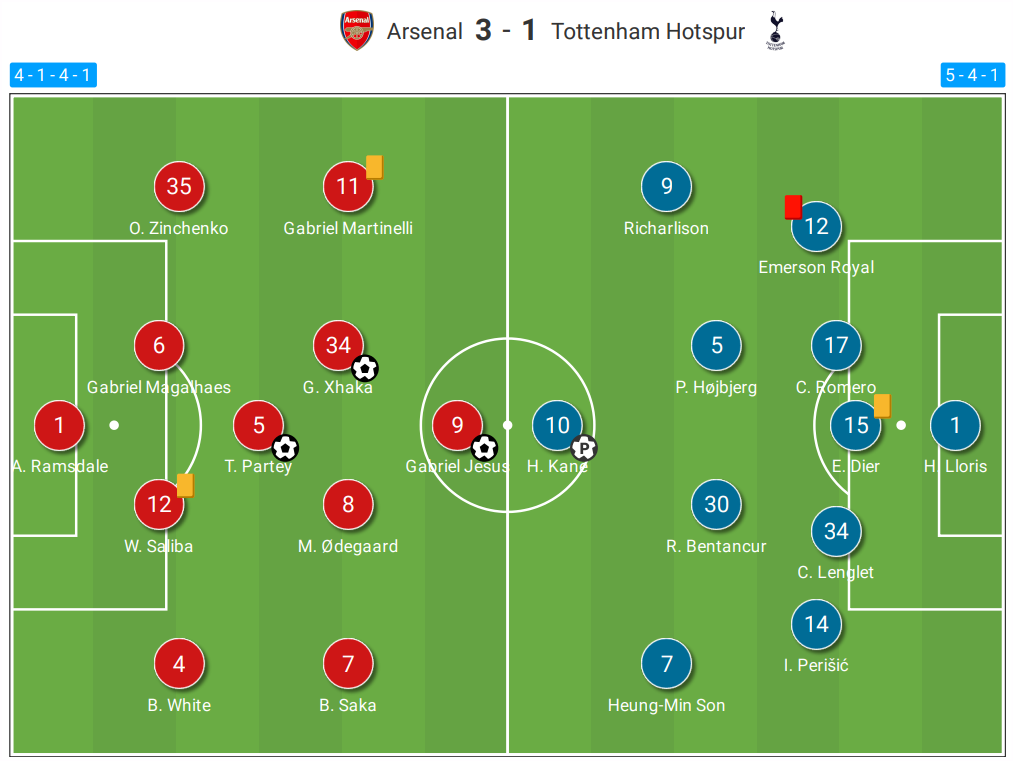