Arsenal continues to lead the English Premier League table after a convincing 5-0 victory over Nottingham Forest. Gabriel Martinelli scored the goal in the fifth minute to give his side the lead. Reiss Nelson came off the bench and scored a brace early in the second half. Thomas Partey and Martin Odegaard sealed the win with some superb strikes in the second half. Nottingham Forest still remains at the bottom of the league table.

How many counterattacks were created by Arsenal? Who won the most aerial duels for Nottingham Forest? 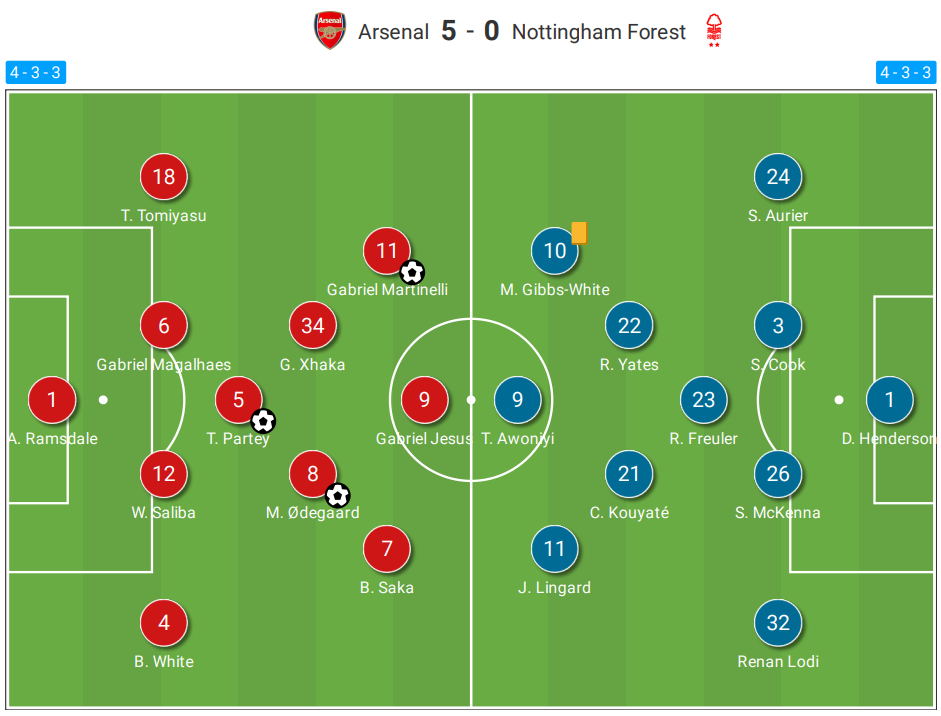