Manchester United will look to return to winning ways when they host Norwich City at Old Trafford in the English Premier League. The Red Devils suffered a huge setback in their hopes of claiming the UEFA Champions League spot after getting beaten by Everton in the previous round. Norwich City on the other hand won their fifth match of the season after a comfortable 2-0 victory over fellow strugglers Burnley. 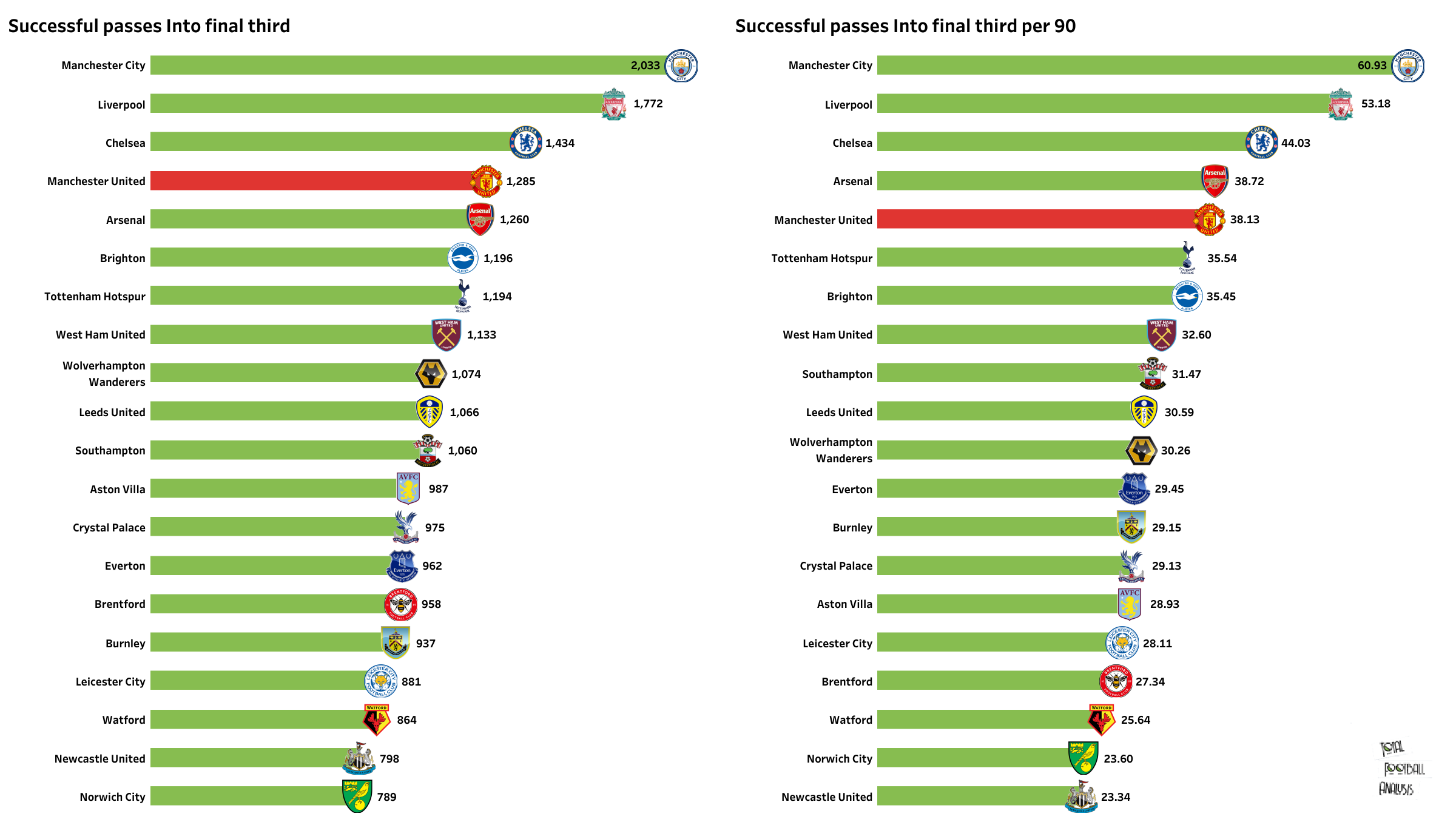 Ralf Rangnick’s men have won 14, drawn nine, and lost eight matches this season. They have scored 49 goals with an xG rate of 46.27. In return, the Red Devils have conceded 42 goals with an xGA rate of 46.45. Overall, they have attempted 14,843 passes and averaged 440.4 passes per 90 minutes. Manchester United players have attempted 1,717 passes into the opposition’s final third. The above viz shows that Manchester United have successfully delivered the fourth-highest number of passes into the opposition’s final third. 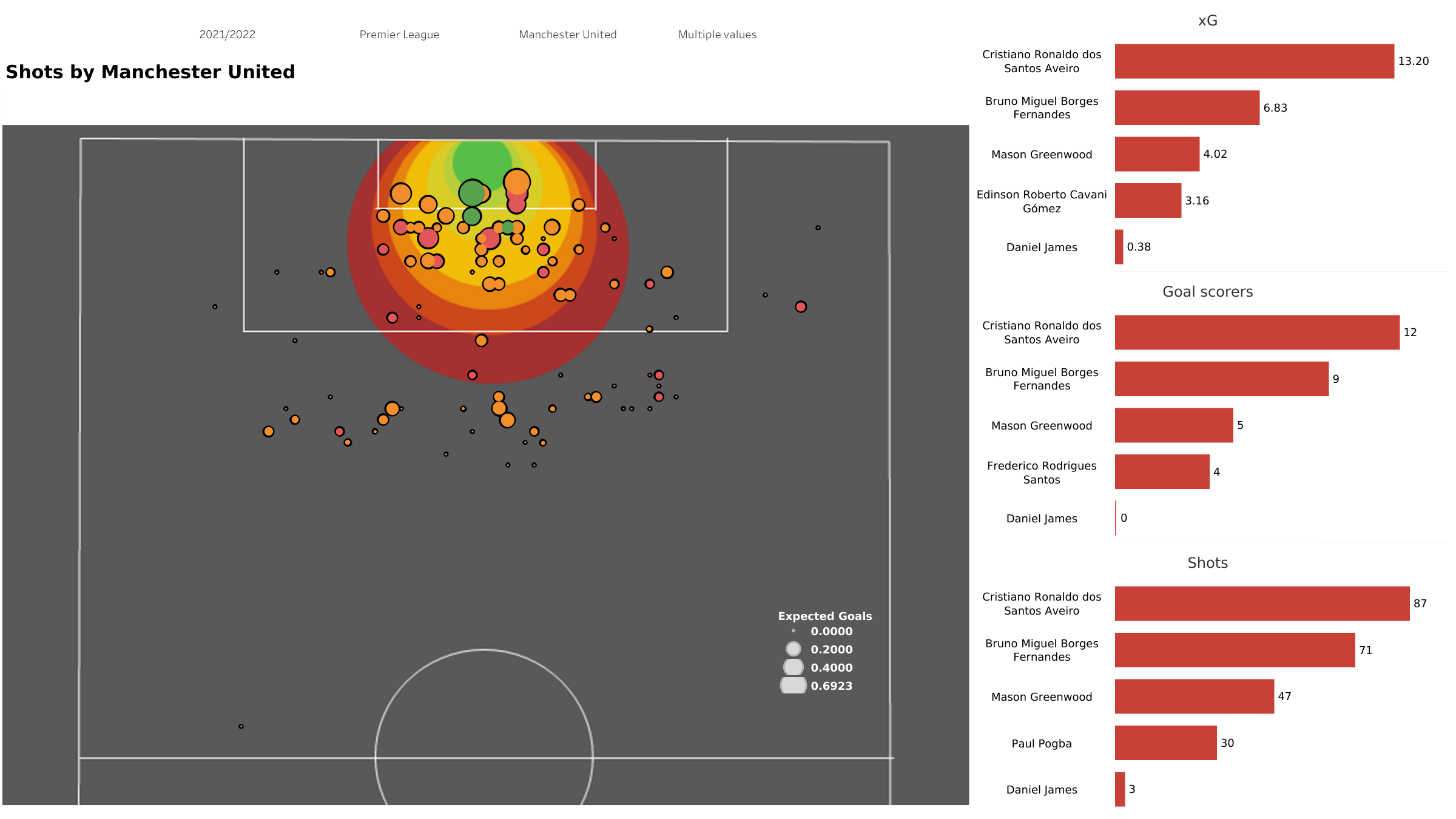 Manchester United attempted 416 shots this season and managed to hit the target 147 times. The above viz shows all the shots attempted by Manchester United players from set-pieces except penalties. The Red Devils have just scored three goals and created very few goal-scoring chances from set-pieces. Other than this, 251 shots have been attempted by the Red Devils from inside the opposition penalty box, with 105 being on target. Cristiano Ronaldo is the top goalscorer and has attempted the highest number of shots. He is followed by Bruno Fernandes, who is capable of scoring long-range efforts.

The home team has a few injury concerns and will be without Raphael Varane, Luke Shaw, Fred, Scott McTominay and Edinson Cavani for this match. Ralf Rangnick can also make some changes to the starting 11 by bringing in Diogo Dalot and Anthony Elanga.

Norwich City have struggled this season with only five wins, six draws and 20 losses. The Canaries have scored just 20 goals and conceded 63 goals in return. They have the lowest xG rate of 25.6 and the highest xGA rate of 68.09. The above viz shows that the away side has created the lowest number of positional attacks this season. They average more than 20 positional attacks per 90 minutes, compared to the 28 made by their opponents. 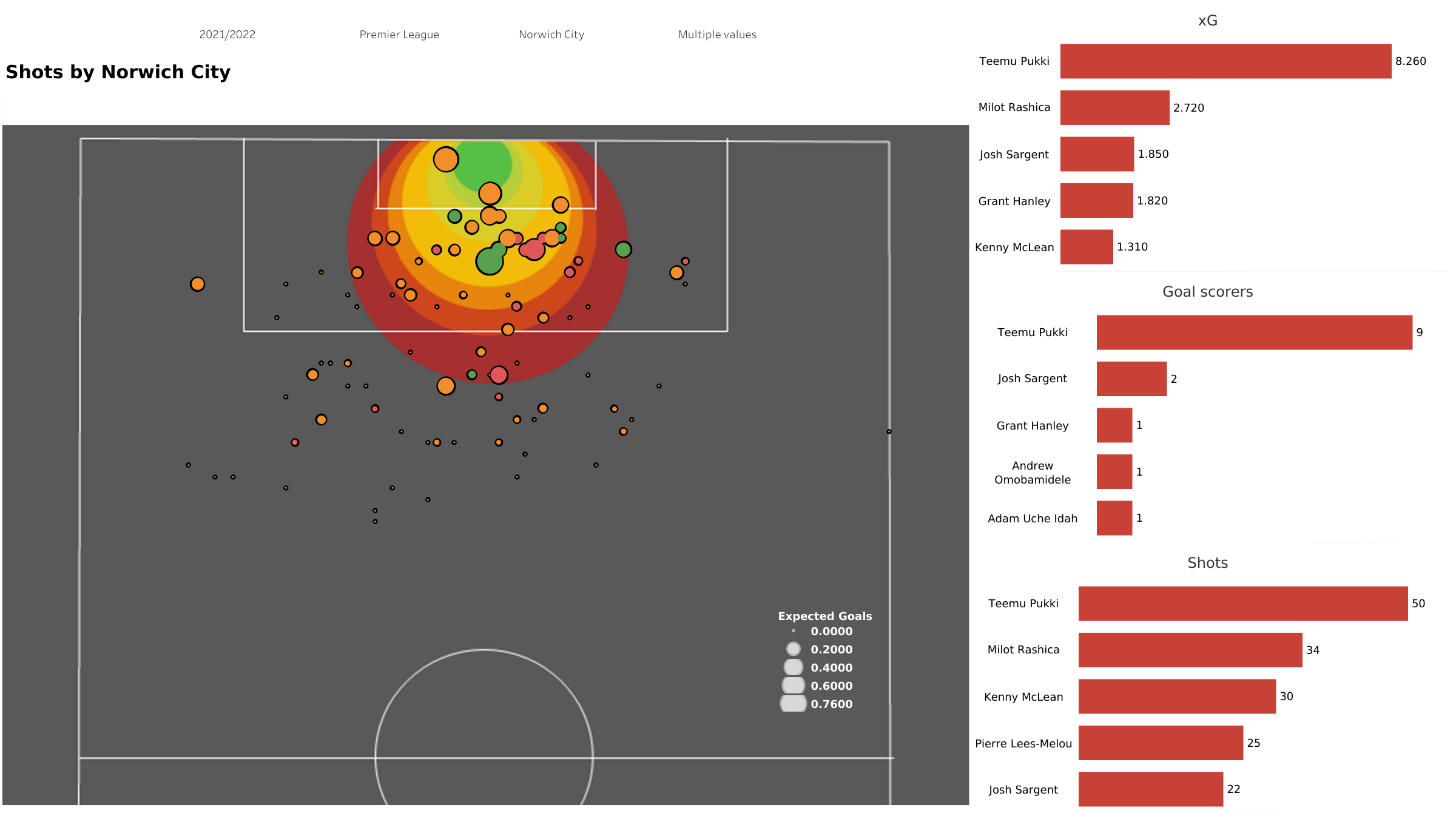 The away team has attempted the lowest number of shots in the English Premier League this season. Norwich City have attempted 277 shots, with 86 on target. Of these 277 shots, 135 have been attempted from inside the opposition penalty box, with 51 on target. The above viz shows that the Canaries have scored more goals from set-pieces than their opponents this season. They have managed to find the back of the net seven times, and one goal was scored from outside the penalty box. Teemu Pukki is their top goalscorer and has attempted the highest number of shots.

Norwich City have a few injury concerns and could line up with the same team that played against Burnley. Adam Idah, Ozan Kabak, and Andrew Omobamidele are out with injuries. Brandon Williams is ineligible to play against his parent club, and Billy Gilmour, Josh Sargent, and Przemylaw Placheta also remain doubts for the visitors.

Manchester United will look to improve their goal difference and take all three points against a struggling Norwich City side. Their previous meeting ended 1-0 in favour of the Red Devils. Both teams are in desperate need of three points going into the last few matches of the season.