Manchester United will start Erik ten Hag era with a match against Brighton at Old Trafford in the English Premier League. The Red Devils aim for a UEFA Champions League finish this time, and Brighton will also compete for the same European places.

The Red Devils ended the last season in sixth place with 16 wins, ten draws, and 12 losses. They had a neutral goal difference as the team scored and conceded 57 goals each. The xG rate of the team was 54.06 while the xGA rate was 58.34. These struggles led to new management and the shuffling of players in the summer.

Brighton ended their season with 12 wins, 15 draws, and 11 defeats. They ended the season in ninth place. Brighton scored 42 goals with an xG rate of 53.89. In return, they conceded 44 goals with an xGA rate of 48.19. This season, the Seagulls will look to score more goals and improve their league position.

Let us look at some of the stats that could decide the outcome of the match. 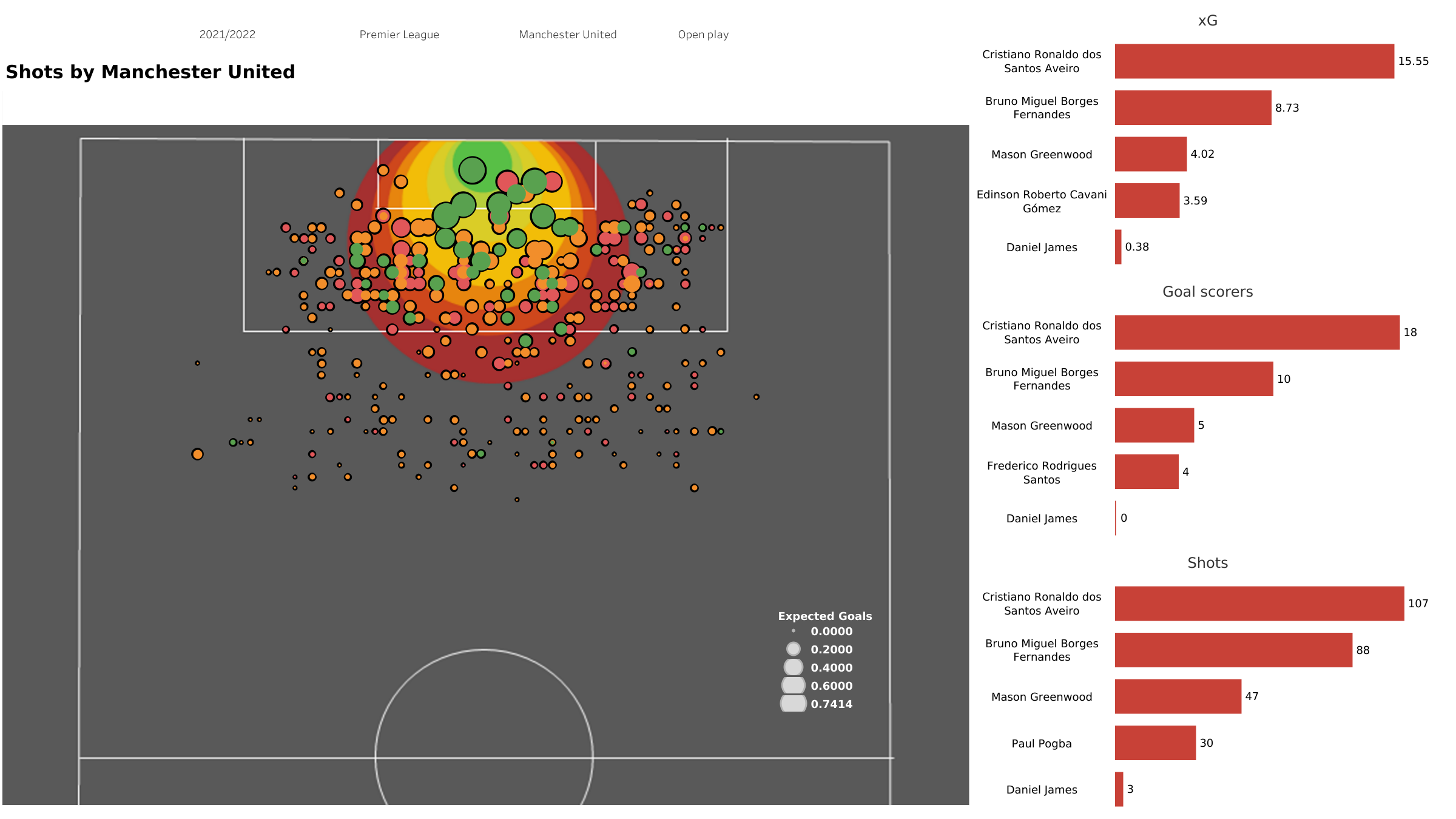 Manchester United struggled to score goals from set-pieces and were effective from open play. Cristiano Ronaldo was the main threat last season. This time, Ten Hag will expect other players to step up and win games for their team. The above viz shows the shot map from open play. Manchester United players found space inside the opposition’s penalty box and scored goals on occasion. They will once again focus on creating attacks from play. 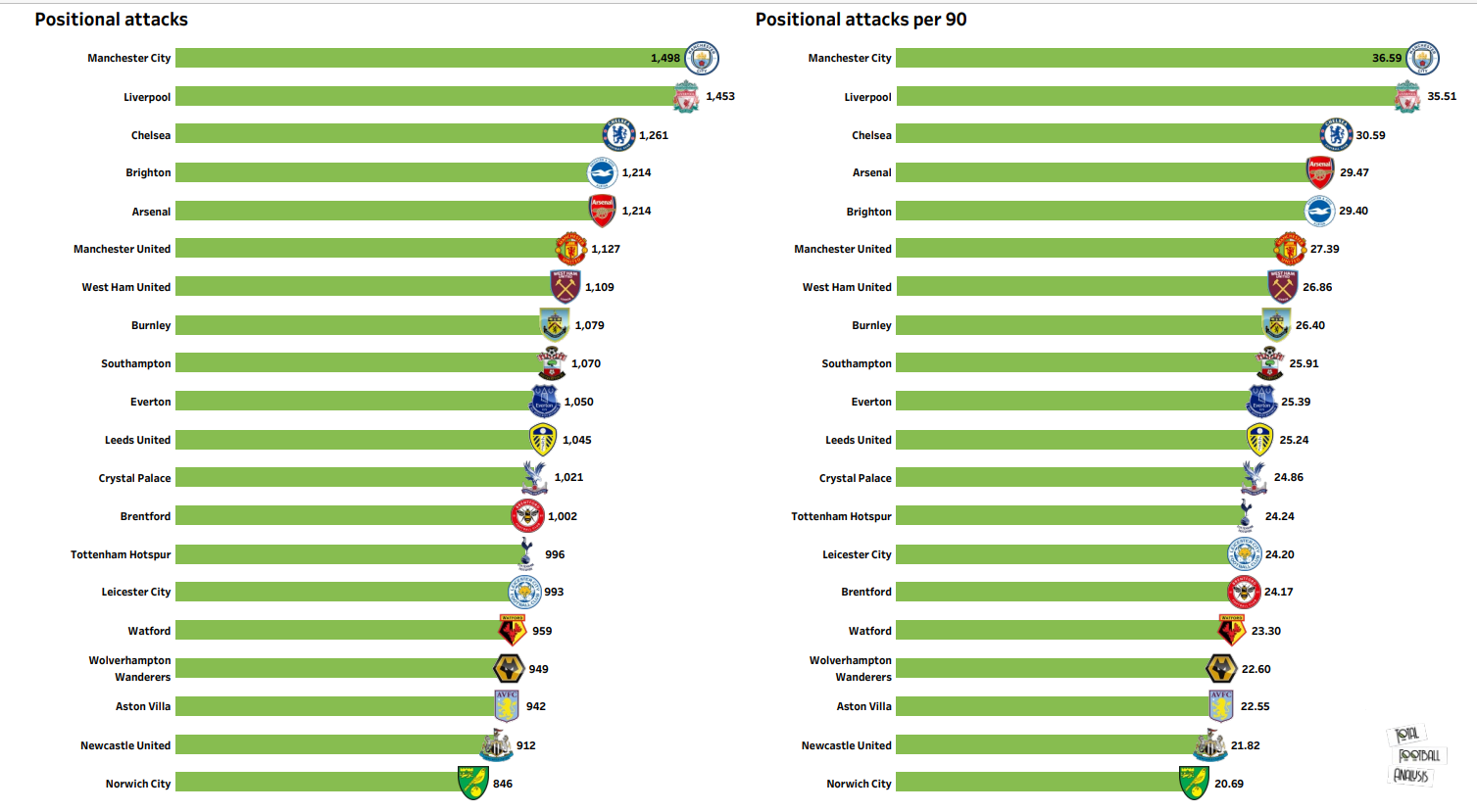 Brighton can trouble the opposition with their attacking display. Last season, they launched the fourth-most positional attacks and attempted 304 shots. The Seagulls were way ahead of their weekend opponents and will look to repeat the same this season.

United on the counter

Last season, the Red Devils were involved in 114 counterattacks and averaged 2.77 counterattacks per 90 minutes. They were ranked fifth on the list for making counterattacks. Things might change a bit this time, but United have always been a threat on the counter. The players have the pace to get past the opposition defence and they could convert chances into goals.

Manchester United have a few injury concerns as Anthony Martial is likely to remain sidelined due to an injury. Jadon Sancho is also doubtful to start alongside Luke Shaw for this match. However, Lisandro Martinex could make his English Premier League debut. Jakub Moder is the only absentee for the Seagulls. They also faced a late blow as Marc Cucurella completed a move to Chelsea recently.

Erik ten Hag will look to earn his first win in the English Premier League. He will go with his strongest XI and will expect them to finish the match with three points. Brighton is an attacking team and will test United’s defence. This will be a tough opening game for the Dutch manager.

The post Manchester United vs Brighton Preview: 3 things to look out for according to the data appeared first on Football analysis, news, betting and opinion from Man United.