Manchester City will look to extend their unbeaten start to the season when they host Antonio Conte’s Tottenham Hotspur in the English Premier League. Both teams are level on points and will look to end each other’s unbeaten run.

Man City look like the favourites to defend their title this season. They have won four and drawn two games this season. Pep’s men have scored 20 goals with an average xG rate of 2.42. Their defence has been a bit leaky this season and has conceded six goals.

On goal difference, Tottenham Hotspur are just behind their opponents. These two teams are level on points in the league table. Spurs have scored 12 goals with an average xG rate of 2.05. Their defence has conceded five goals and will look to close all the doors against Manchester City.

Now, we look at some of the stats that could predict the outcome of the match. 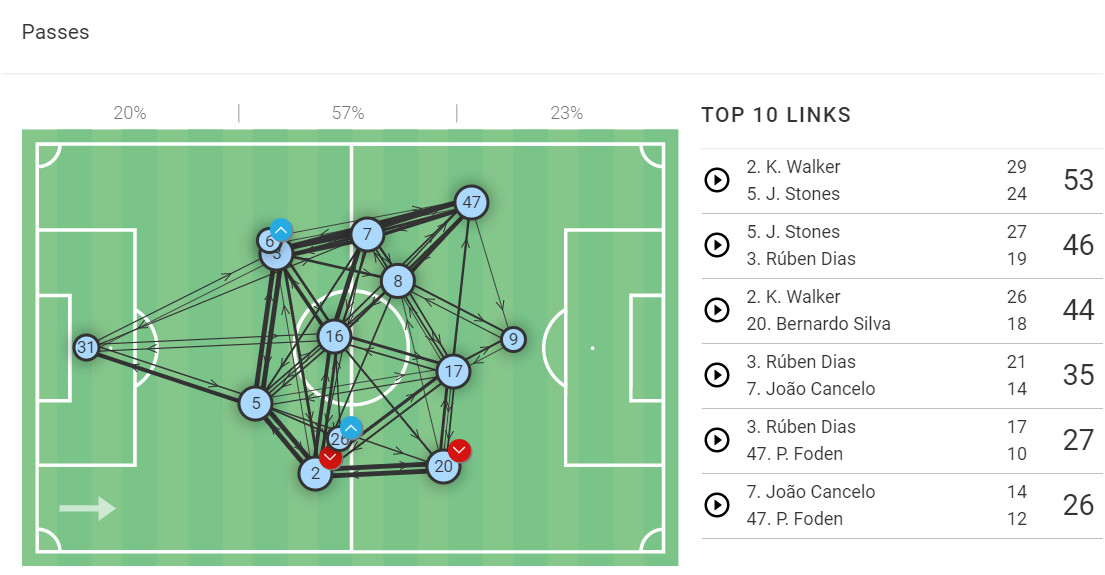 Manchester City play in a 4-3-3 formation. Rodri plays a holding role and allows the other midfielders to play a more advanced role. Kevin de Bruyne is the main playmaker in the team, and he will look to create space for himself and create chances for the likes of Erling Haaland. City attack a lot from the left side, and they might target the same area in this match. 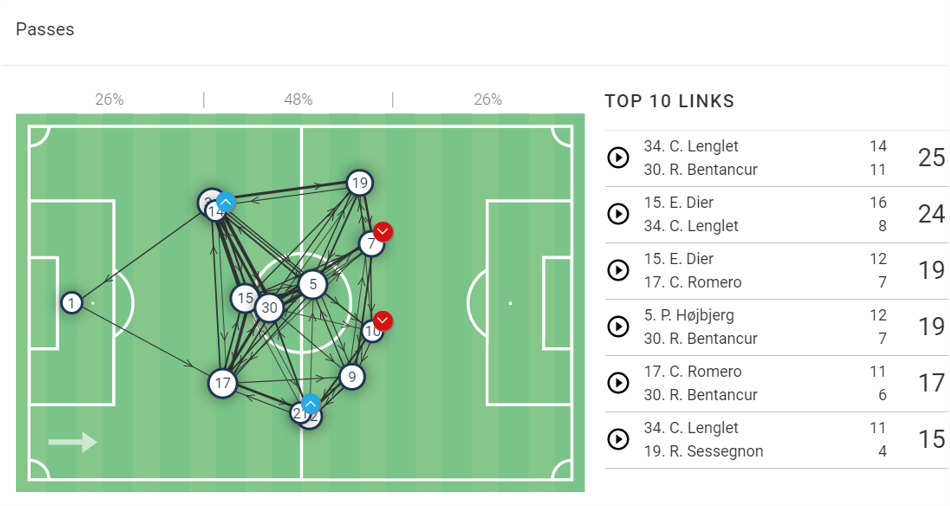 Spurs play a defensive line and rely a lot on counterattacks. They play with three defenders, and the wing-backs make a lot of runs up and down the pitch. The front three are always ready to run on the counter. Rodrigo Bentancur plays a holding role alongside Pierre-Emile Højbjerg. 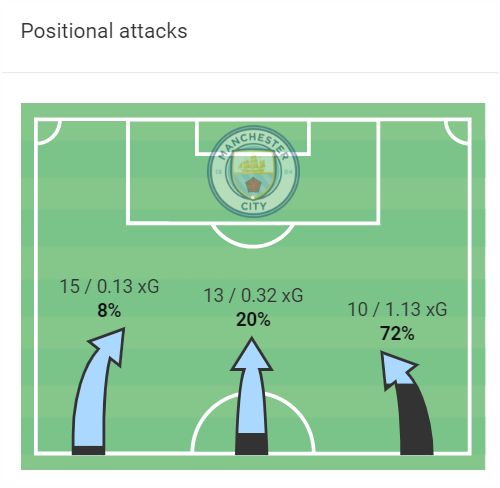 Manchester City average 36.5 positional attacks per match and attempt nine shots from these attacks. Pep’s men average 16.5 shots per game with a 39.4% accuracy rate. Most of their threatening attacks come from the right side.

Spurs average 25.17 positional attacks and 13.33 shots per match with an accuracy rate of 45%. They carry a lot of threats from the left side and the centre. Dejan Kulusevski’s inclusion in the team will create more attacks from the right side. 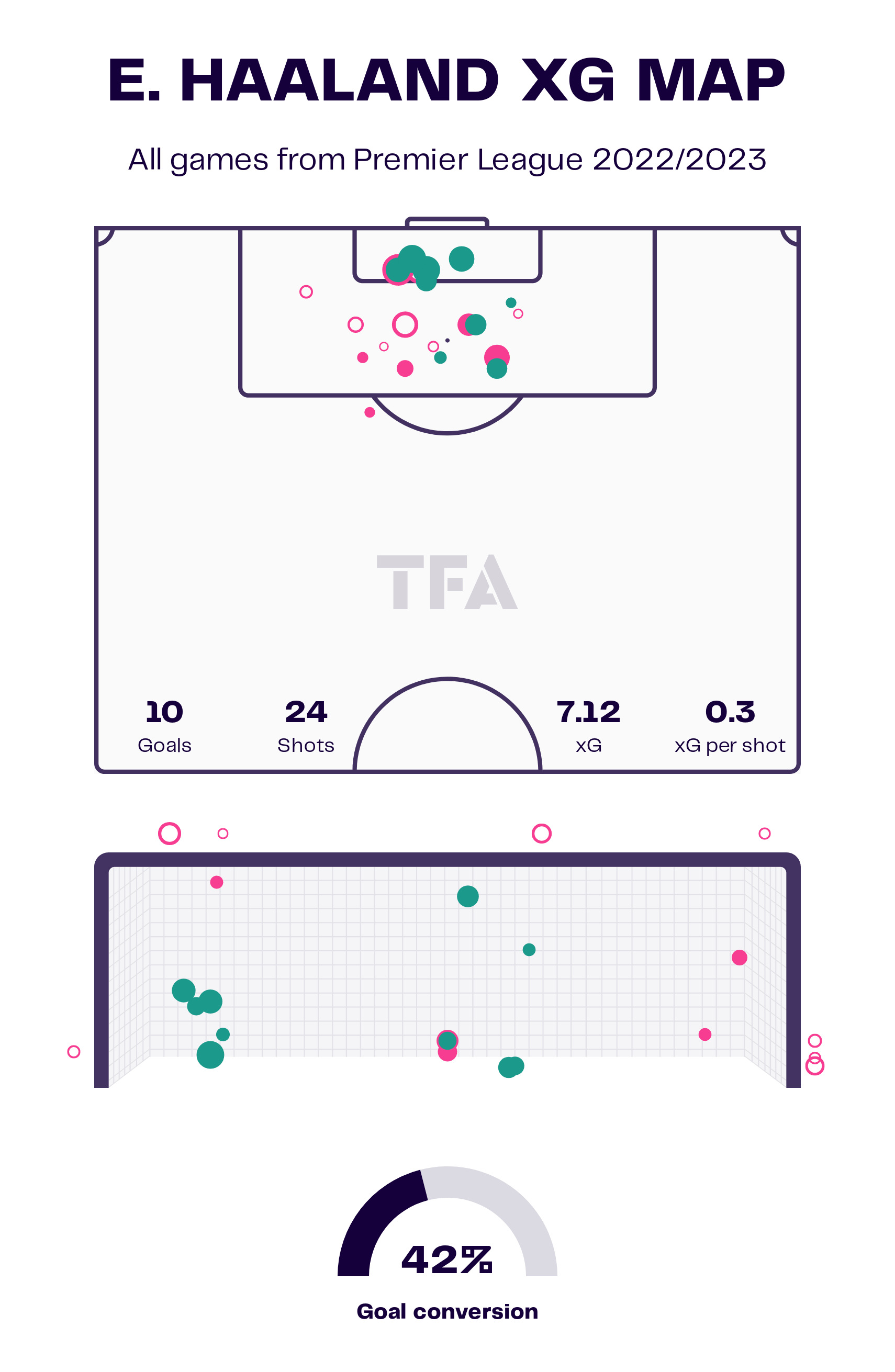 This game will feature two of the best strikers in the English Premier League as well as in the world of football. Haaland has been a key figure in City’s attack since joining from Borussia Dortmund. He has scored ten goals and carries a high xG rate of 7.12. Haaland averages four shots per match and has a high conversion rate of 42%. Haaland already has two hat-tricks to his name, and Spurs defenders will have a busy day at the back. 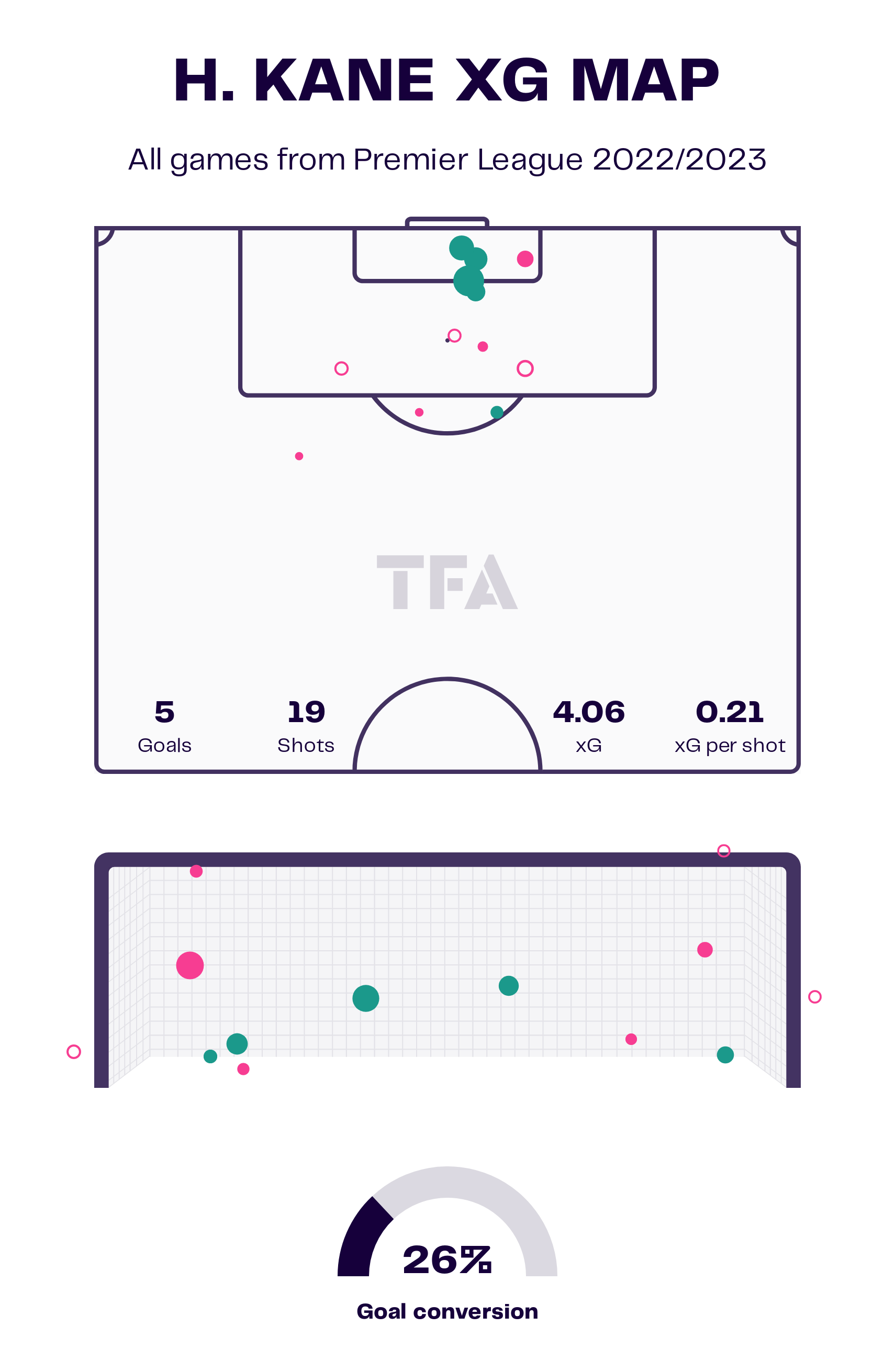 Harry Kane has been a key figure in the attack for Tottenham Hotspur in recent years. This season, he has already added five goals to his tally with an xG rate of 4.06. Kane averages three shots per match and has a 26% conversion rate. Kane has a good record against big teams, and he will look to cause an upset in Manchester.

Manchester City will be short of defenders as Kyle Walker, John Stones, and Aymeric Laporte are expected to miss this match. Manuel Akanji is likely to make his debut in the English Premier League.

Spurs have no new injury concerns, but Antonio Conte might make some changes to the attacking line. Kulusevski was dropped to the bench in the last two games, and he might come back into the team. This time, he will be preferred over Son, instead of the in-form Richarlison.

Manchester City will look to extend their unbeaten streak and end Tottenham Hotspur’s unbeaten run. Antonio Conte’s men will be looking to do the same against the defending English Premier League champions. This will be a tough test for both teams, with Manchester City going in as the slight favourites to win this match.