Manchester United will look to extend their winning streak to five matches when they face Manchester City in the English Premier League. The season’s first Manchester derby will take place at the Etihad Stadium. The defending champions will prove to be the toughest test for Erik ten Hag’s side, and they will look to get at least a point from this game.

Manchester City are one of the two teams with an unbeaten record this season. Pep’s men sit second in the league table with five wins and two losses. They have scored the highest number of goals in the Premier League. Manchester City have netted 23 goals with an average xG rate of 2.36. Their defence has leaked six goals and has an average xGA rate of 0.69.

Manchester United sit fifth in the league table. After losing the first two games of the season, Erik ten Hag’s men have won their last four games. This has earned him his first Manager of the Month award in the English Premier League. The Red Devils have scored and conceded eight goals each. Their average xG rate is 1.3 and the xGA rate is 1.76. 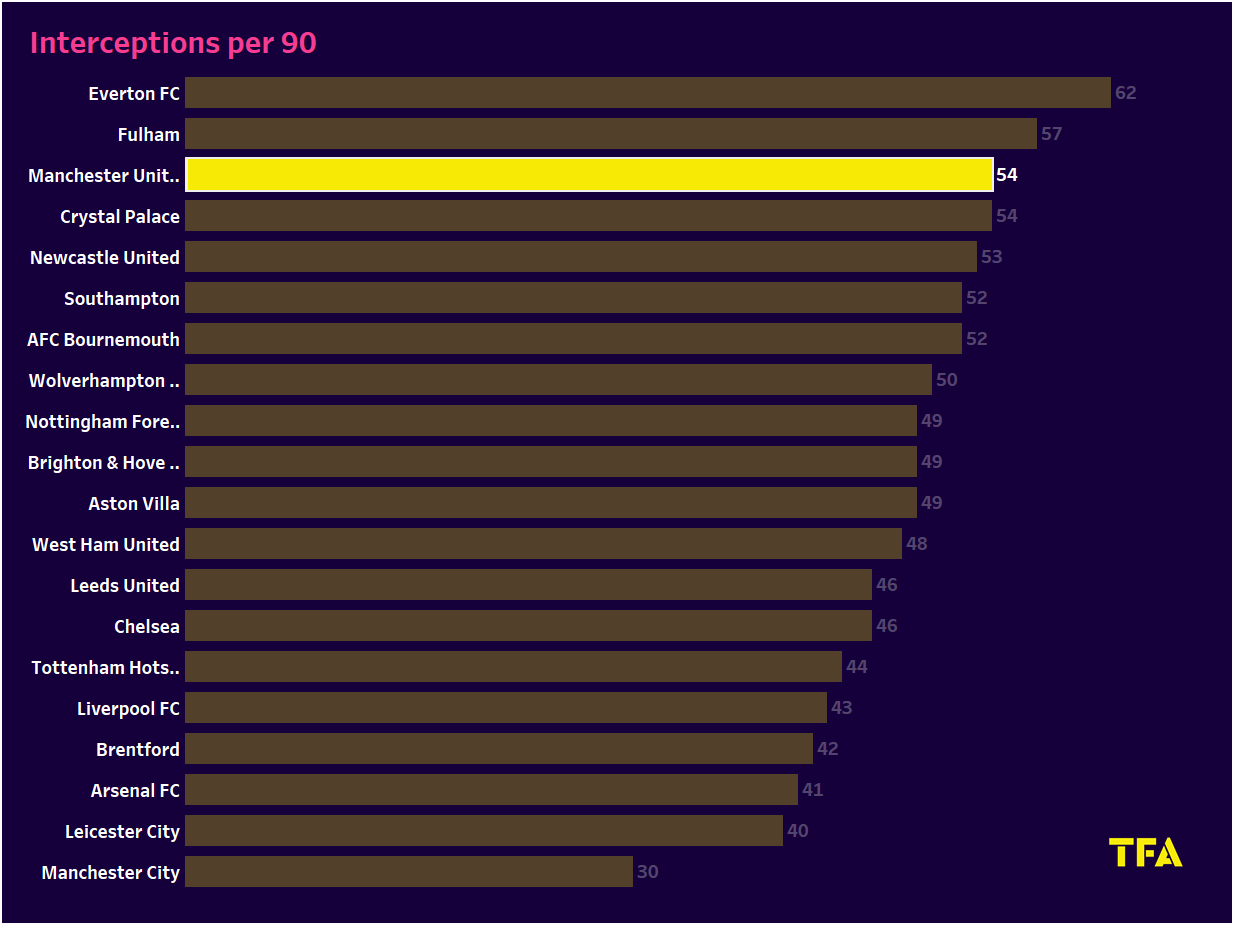 Manchester City have the best possession rate and the highest passing average this season. They will try to show the same dominance against Manchester United. The Red Devils won’t be worried until this possession is turned into a threat. They will be confident in their ability to deal with these passes and will look to maintain their season interception record. Erik ten Hag’s men have anticipated the passes well and average 54 interceptions per 90 minutes. They will try to eliminate the threat whenever possible. 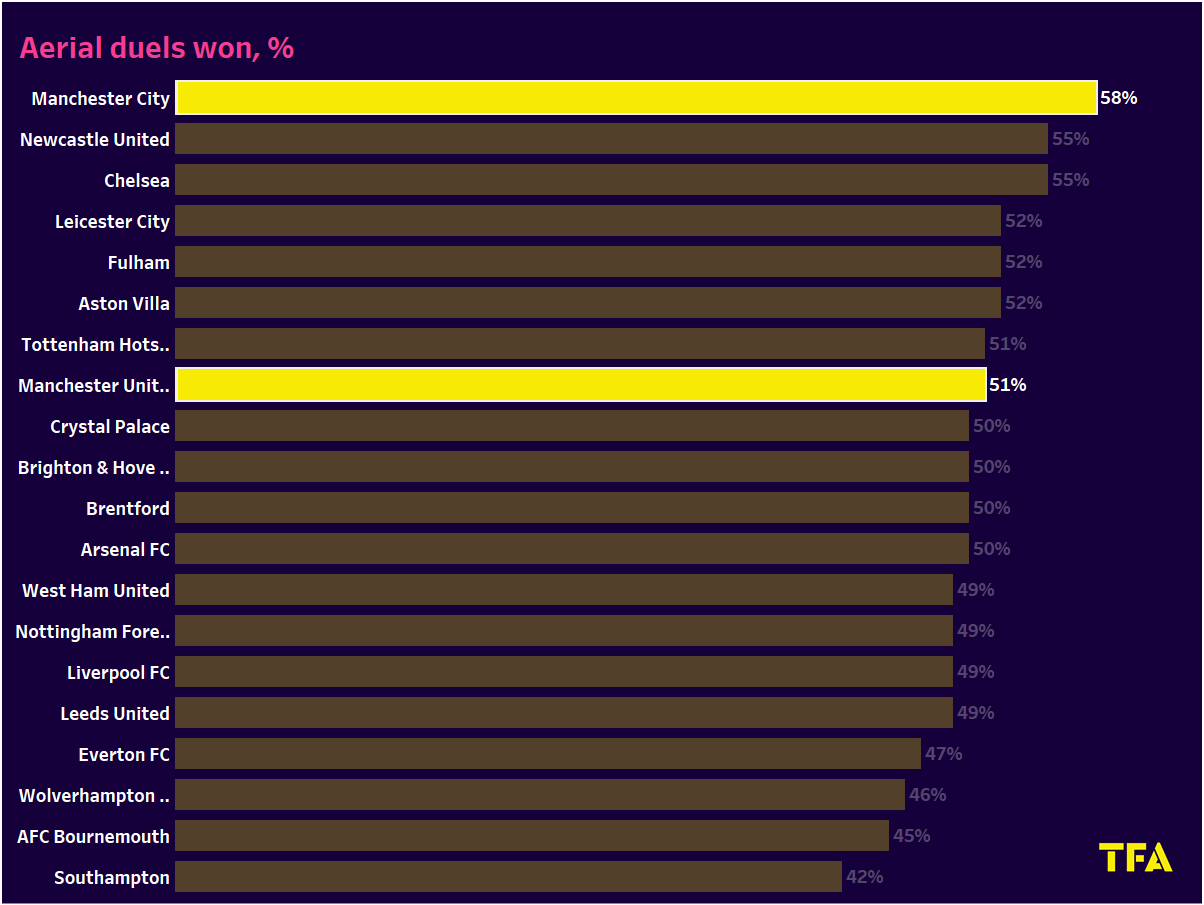 These two teams will be contesting a lot of aerial duels in this match. Most of these duels will likely take place inside Manchester United’s half. The Red Devils will have to deal with the crosses attempted by City players. They average 20.3 crosses per match and have an accuracy rate of 36.6%. The Red Devils have won 51% of their aerial duels and will need to better this record if they want to stop Erling Haaland. 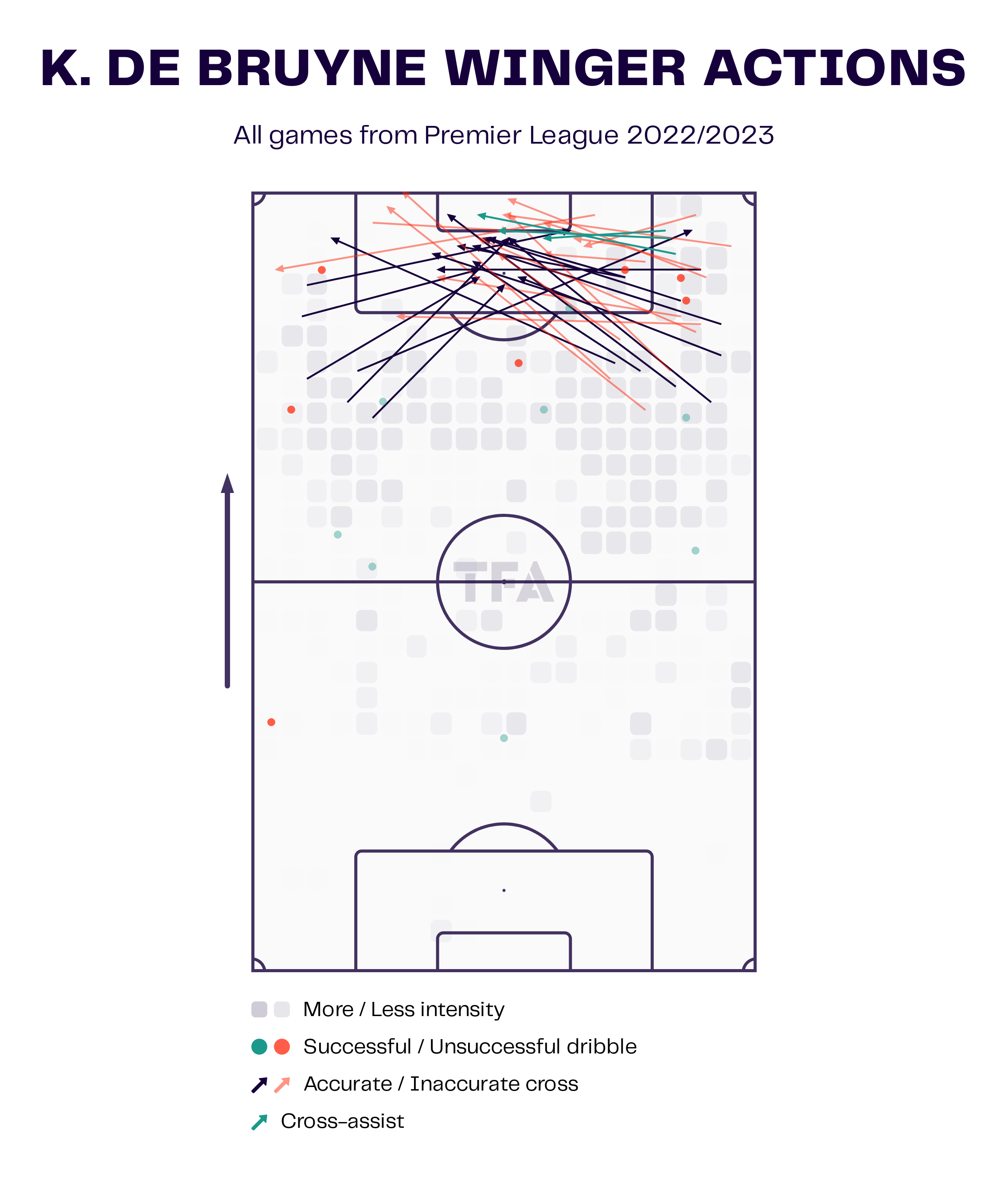 Erling Haaland is the top goalscorer for Manchester City with 11 goals. However, he isn’t the only threat in the City’s lineup. Kevin de Bruyne will play a key role in breaking Manchester United’s defence in this match. He already has six assists and a goal to his name in seven matches. The player is providing dangerous crosses into the opposition penalty box and creating chances for his teammates. Belgium will look to trouble United’s defence. 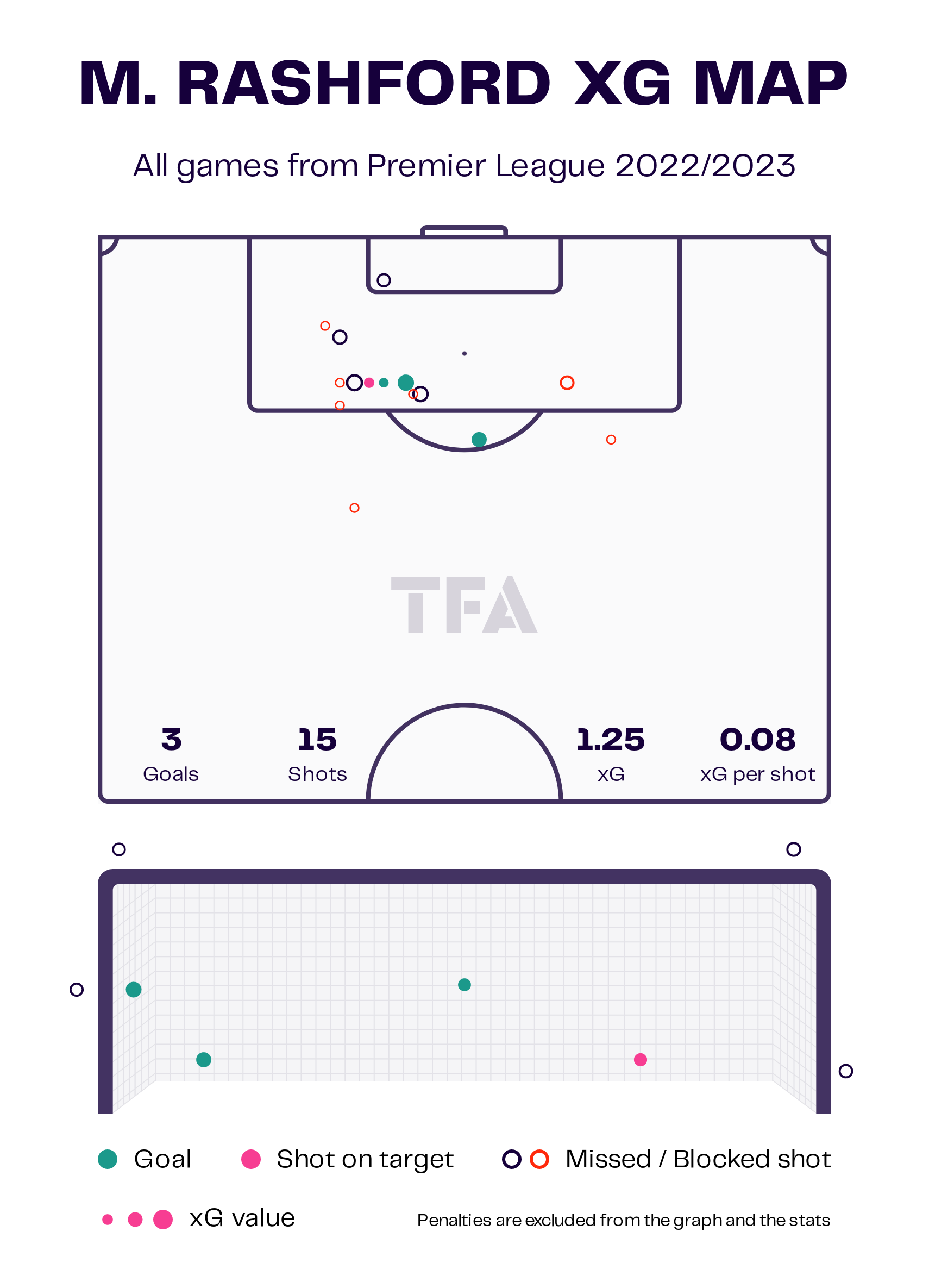 Marcus Rashford’s return from injury means that United’s top goalscorer will be starting against their City rivals. The Englishman has three goals to his name this season and has also assisted on two goals. He will be ready to pounce on the ball and run on the counterattacks to trouble the opposition defence.

Manchester City will be without John Stones and Kalvin Phillips for this match. However, Pep Guardiola will be happy to see Aymeric Laporte return after a lengthy spell out with injury. Kyle Walker will also return to the team after recovering from an injury.

Manchester United will be happy to see the return of Marcus Rashford and Anthony Martial. Both these players could feature in the starting 11.

The season’s first Manchester Derby brings a lot of promise. Both teams are in form and capable of beating each other. Manchester City will go as the favourites because of the firepower they have in the team. However, it won’t be easy for them to beat this Manchester United defence. This match promises a lot of entertainment for the neutrals.